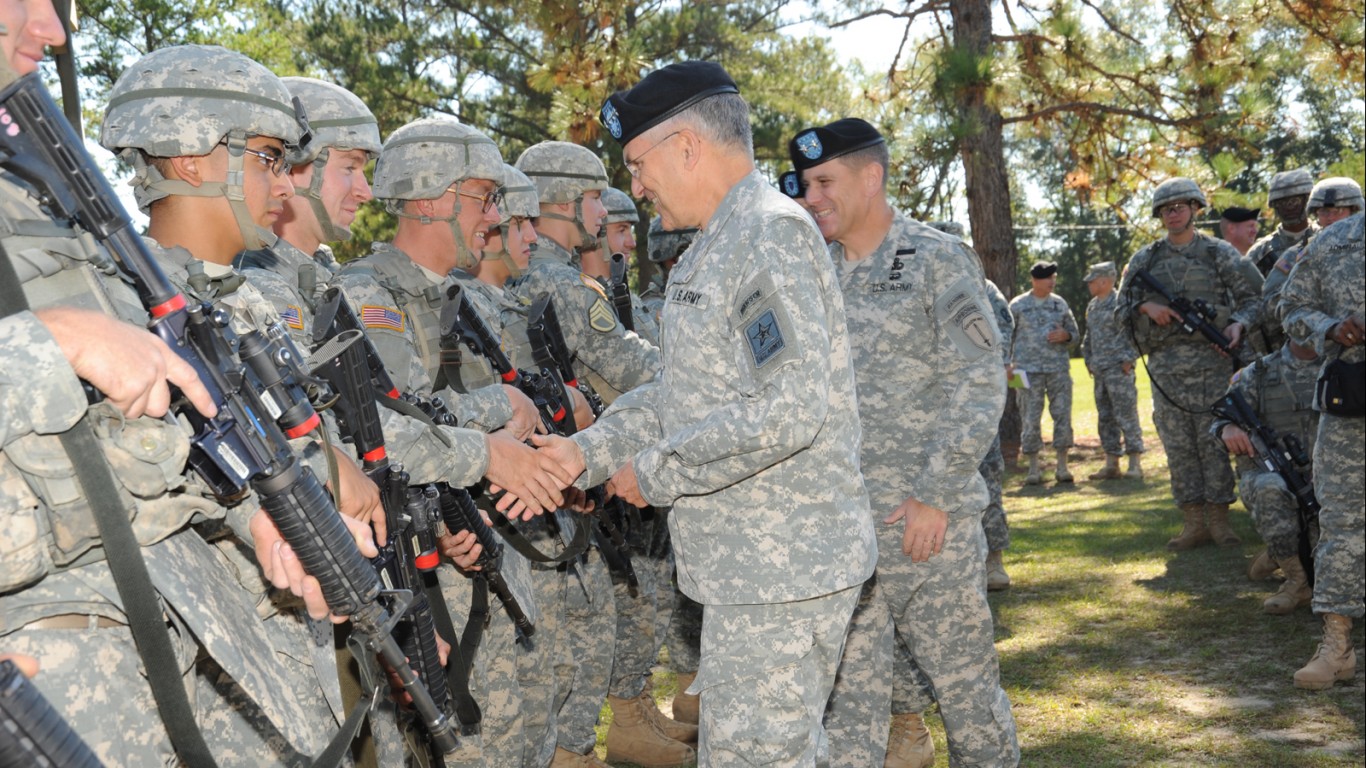 As measured by the number of on-base active duty servicemen and women, Fort Benning is the largest military installation in Georgia. The Fort Benning Army base hosts some 19,900 active duty servicemen and women as well as many of their 20,600 of their dependents. The number of base personnel is equivalent to 13.2% of the Columbus metro area in which the base is located.

Fort Benning serves as a training center for new Army recruits. The Army’s fiscal 2019 budget called for a net addition of some 4,000 new troops — and the need to train them has created a backlog at Fort Benning. Some 400 new recruits at the installation may have to wait up to three weeks to begin basic training — longer than the usual one to two weeks. 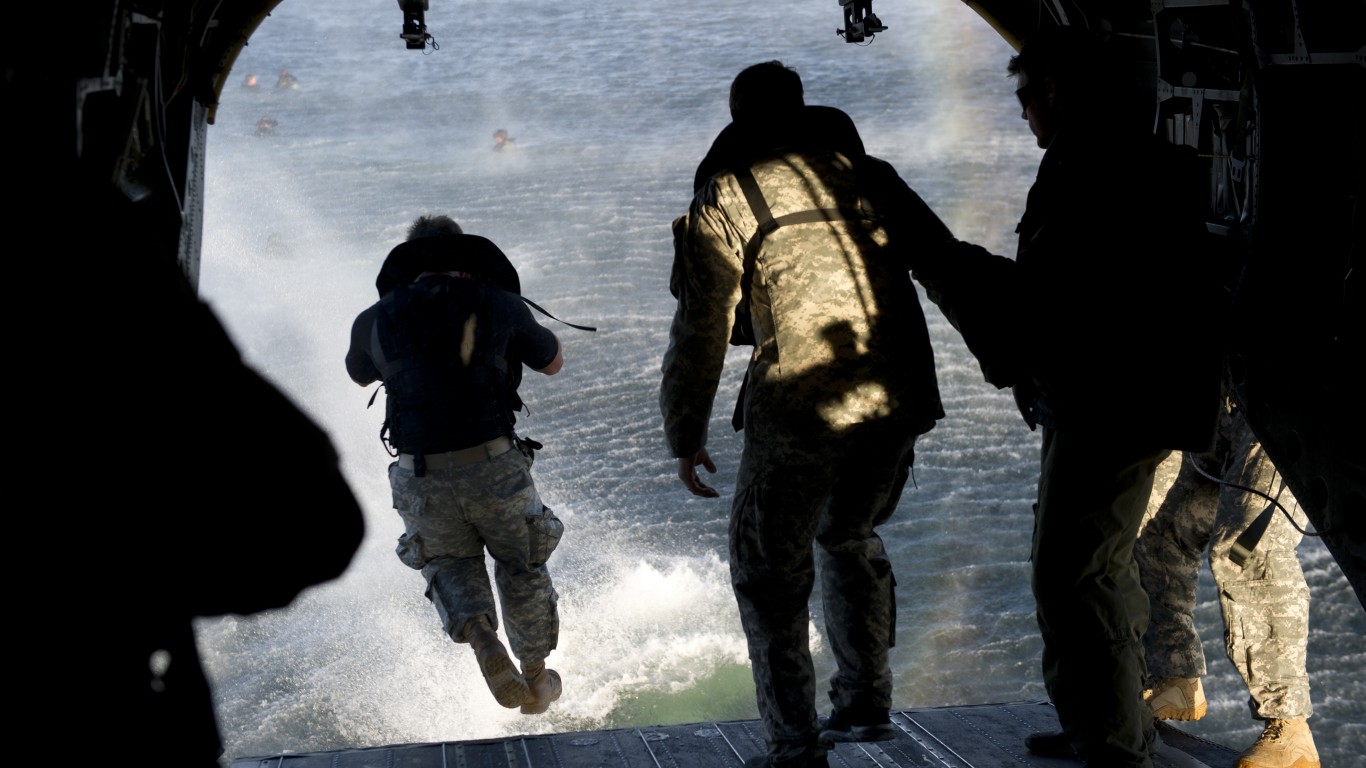 The U.S. Air Force has two installations in the Crestview-Fort Walton Beach-Destin metro area: the Eglin Air Force Base and Hurlburt Field. Together, the installations house thousands of servicemen and women, as well as many of their family members — equivalent to 14.1% of the metro area’s total population.

Eglin AFB, the largest military installation in the area, has served as a missile technology test site and flight training ground for decades — aiding U.S. military efforts from World War II to the most recent war in Iraq. Some of the land that would become the base was donated to the U.S. government during the Great Depression by a local businessman who thought a military payroll would give the local economy a boost. Today, military installations in northwestern Florida like Eglin AFB bring an estimated $22.1 billion to the economy and support some 182,449 jobs. 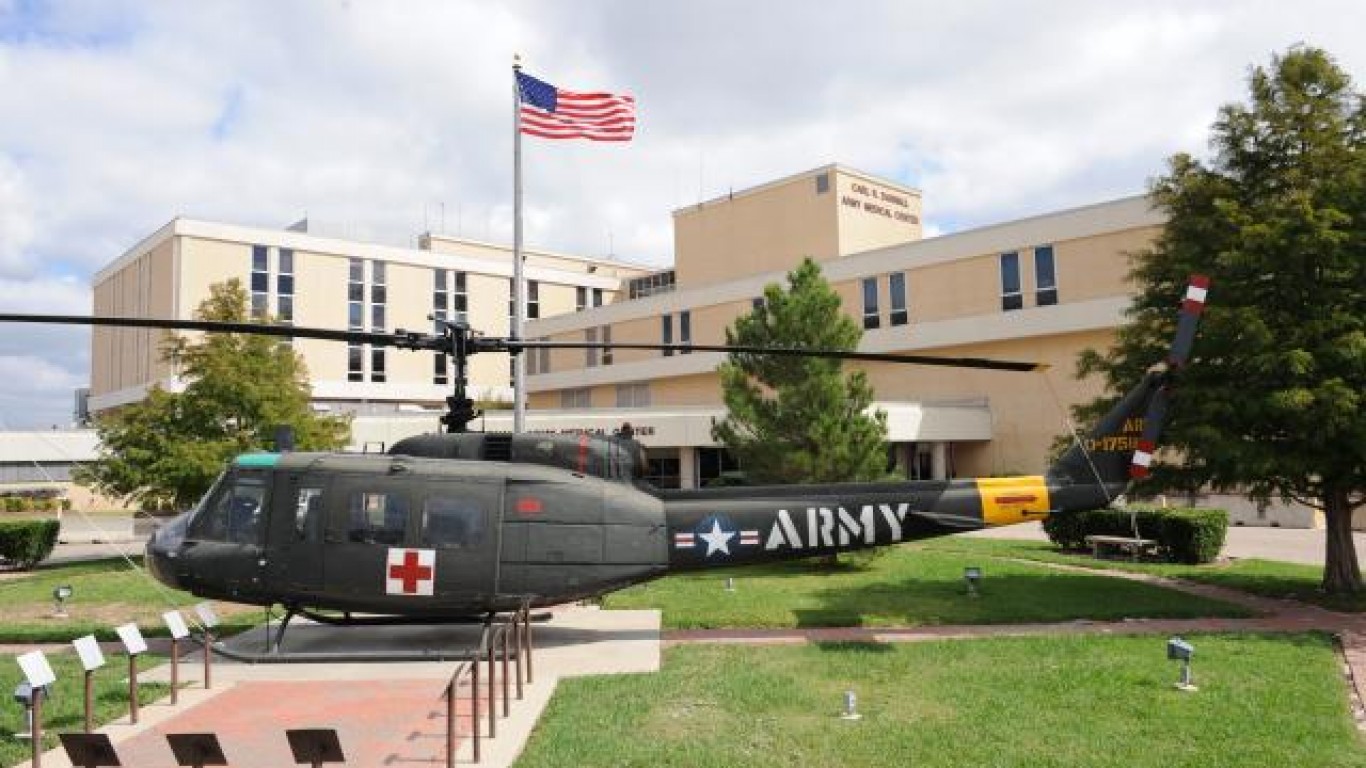 Fort Hood is far and away the largest military installation in Texas. The army base is home to some 75,000 service men and women and their families. Including veterans, the number of individuals affiliated with the military in the area is equal to over 36% of the metro area population.

Originally comprised of 108,000 acres, Fort Hood served as a testing and development site for anti-tank guns during World War II. Today, the base is a home and training facility for combat soldiers, and is the largest active duty post in the U.S. Armed Services. 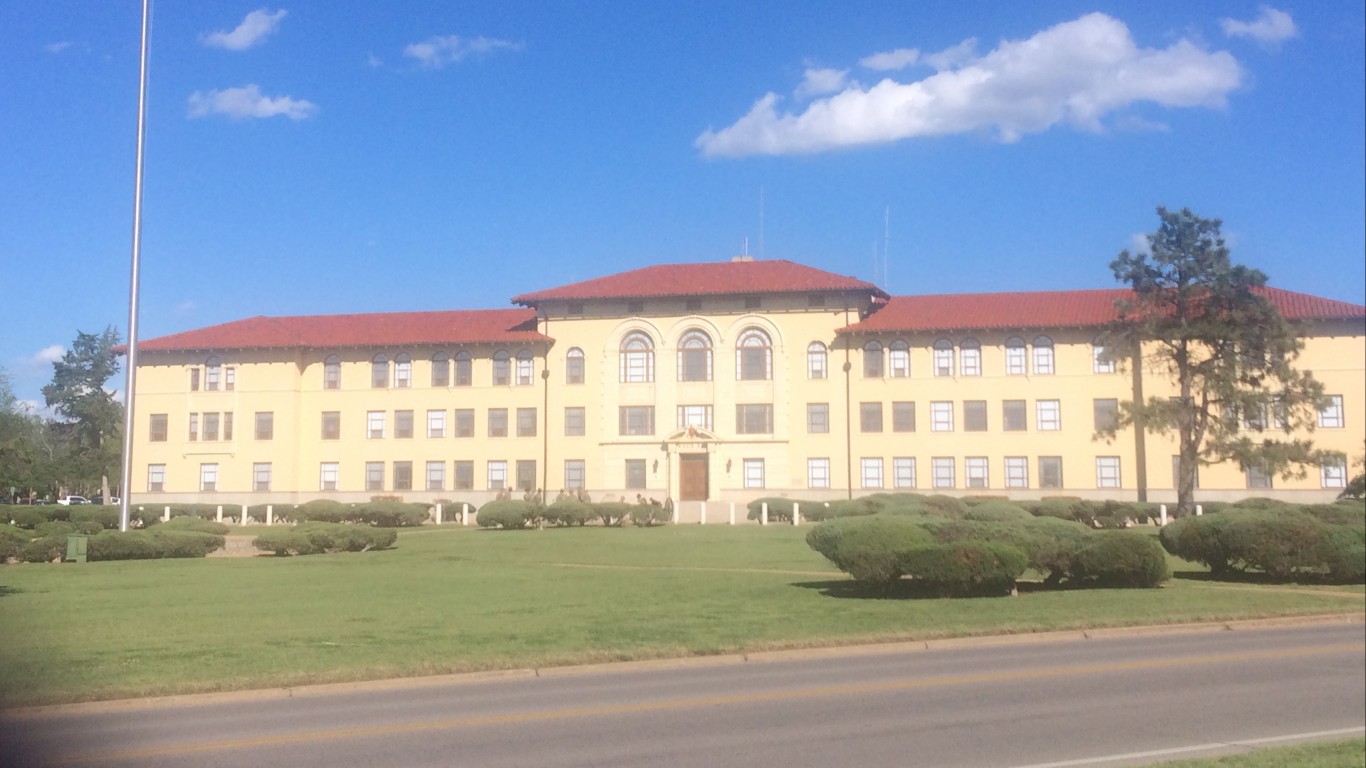 Fort Sill is home to the U.S. Army Field Artillery School, which trains approximately 9,000 soldiers and Marines every year in fire support techniques and procedures. Fort Sill is also home to several field artillery brigades and the U.S. Army Air Defense Artillery School. In total, the army base supports 11,766 active servicemen and servicewomen and many of the 13,403 spouses and family members associated with them. Military personnel and their dependents amount to 19.7% of the Lawton metro area population, the seventh largest share of any U.S. city.

Veterans also have a major presence in the metro area. The 20,104 veterans living in Lawton constitute 15.7% of the metro area population, the seventh largest share in the country. 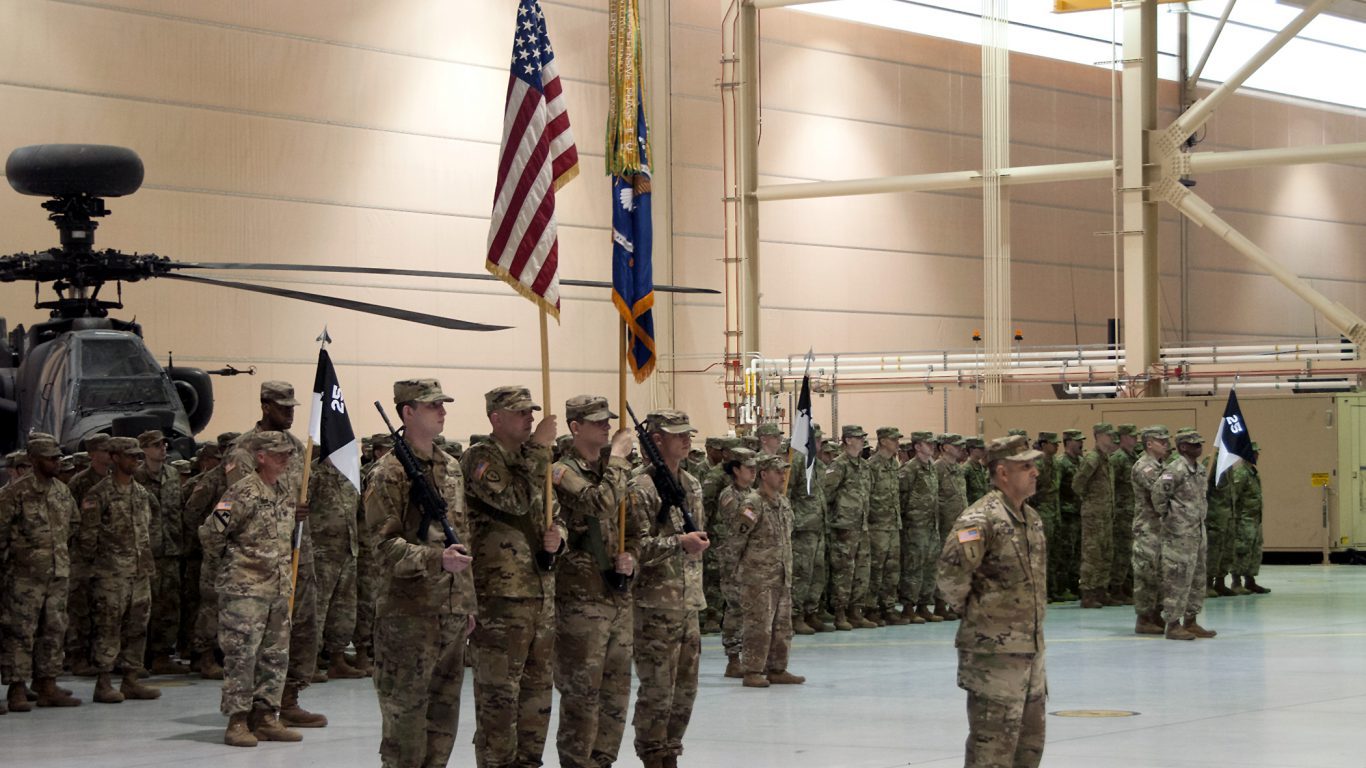 Fort Wainwright, a U.S. Army post located just outside Fairbanks, is by far the largest military installation in Alaska. The base is home to some 7,200 active duty personnel and is associated with with 9,600 dependents. The Fairbanks metro area is also home to the Eielson Air Force Base, which has 4,300 personnel — including military service members and their dependents. All told, the number of active duty servicemen and women in Fairbanks is equal to 20.9% of the metro area’s population.

Eielson AFB is home to the 354th Fighter Wing and serves a training facility and staging ground for forces furthering U.S. interests in the Asia-Pacific region. Fort Wainwright originated as an Air Force base in 1939 and was transferred to the Army in 1961, and currently serves as a training facility and base for combat operations across the globe.