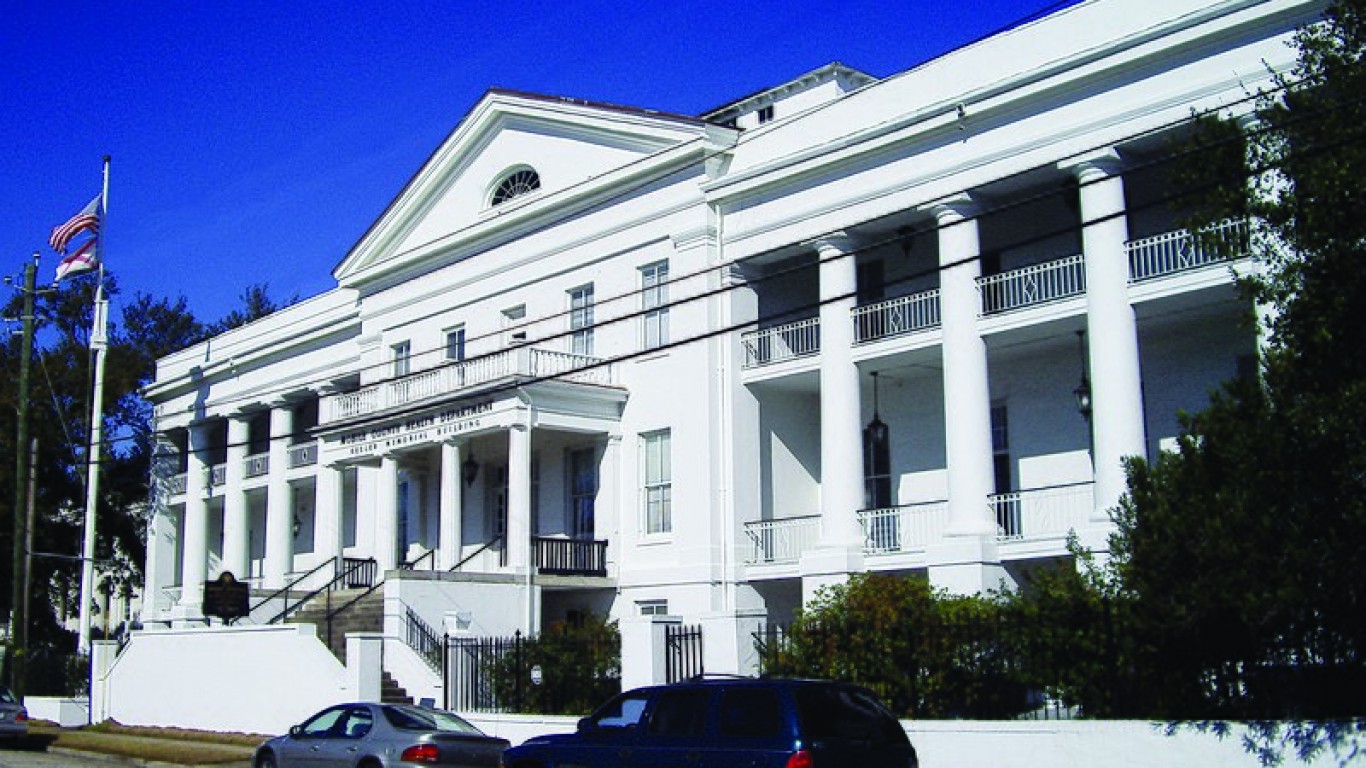 Real estate is the largest industry in the vast majority of states. But after real estate, ambulatory health care services is the largest industry in Alabama by total economic output. The industry, which includes primary care physicians, dentists, and other outpatient medical services, generated $8.3 billion in Alabama in 2016, nearly 5% of the state’s total GDP. Older Americans typically require more medical care with greater frequency, so states that are home to older populations tend to have especially large ambulatory health care services sectors.. In Alabama, 16.1% of the population is 65 or older compared to 15.2% of the U.S. population as a whole. 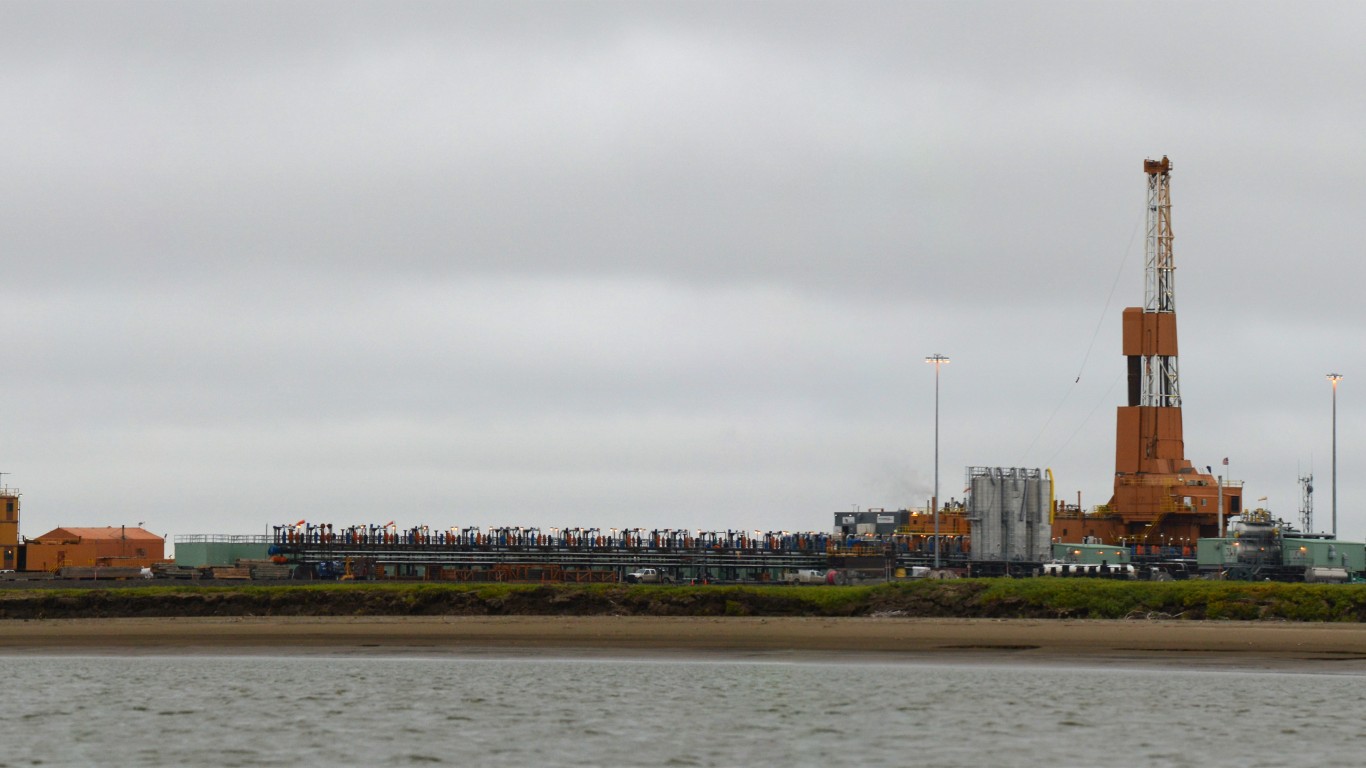 Alaska is a resource-rich state, with more proved oil reserves than all but three other states and some of the largest oil fields in the country. In recent years, the state’s heavy dependence on resource extraction has been a liability. The price of oil collapsed in 2014 and continued to fall through 2015 and into 2016, ultimately stymying economic growth in Alaska. From 2011 through 2016, economic output in Alaska’s oil and gas extraction industry dropped by 31.0%. Partially as a result, the state’s overall GDP fell by 8.0% over the same period, even as U.S. GDP climbed 10.5%.

Despite the decline in output, oil and gas extraction remains Alaska’s largest industry — even larger than real estate — with $7.4 billion, or 15.9% of Alaska’s total GDP in 2016. 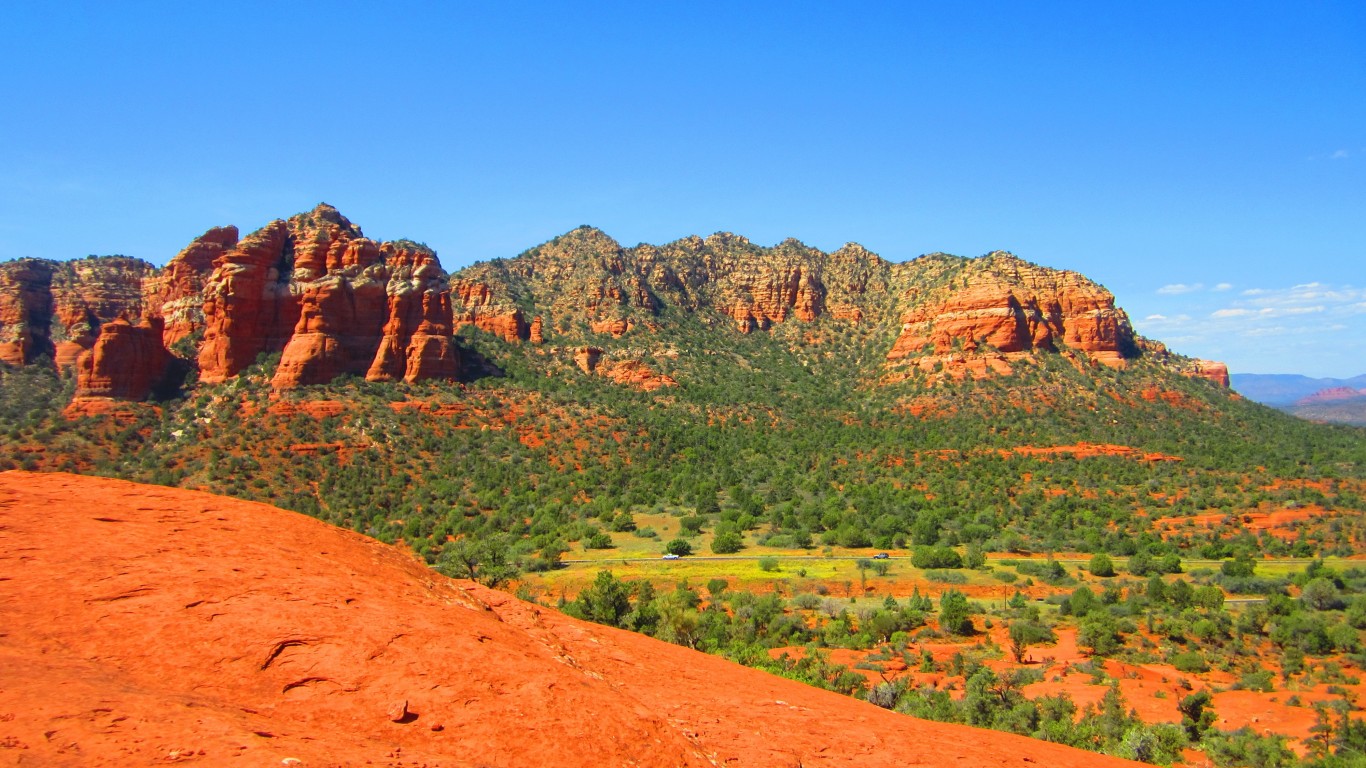 Ambulatory health care services accounts for nearly 5% of Arizona’s GDP, more than any other industry after real estate. Older Americans typically require more frequent health care, and like many other states with a larger than typical ambulatory health care services sector, Arizona is home to a relatively large retirement-age population. Nearly 17% of the state resident are 65 or older, a far greater share than the 15.2% of Americans nationwide.

The industry generated $12.9 billion in economic activity in 2016, up 14.2% from five years earlier. Over the same period, the state’s 65 and older population grew by 26.7%, more than in all but three other states. 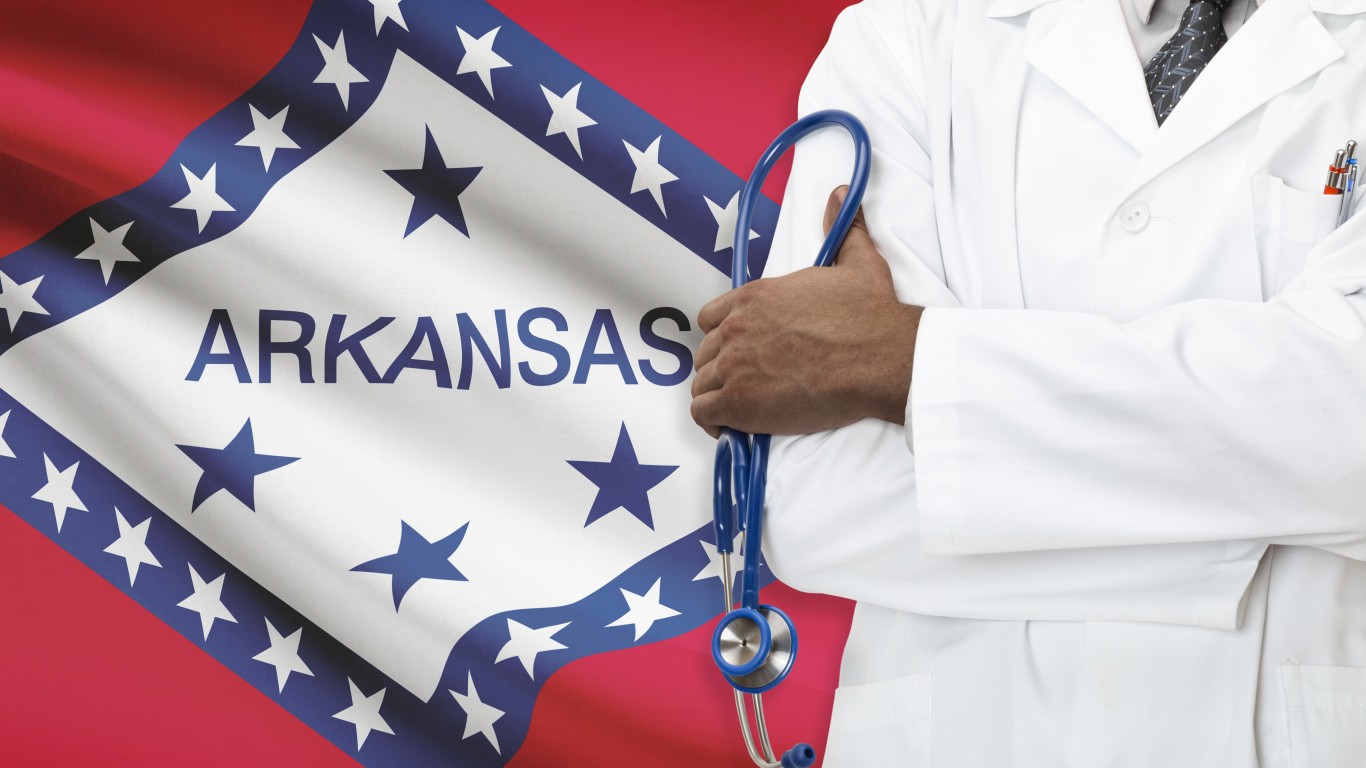 Americans with health insurance coverage are more likely to make regular doctor visits and receive preventative medical care. In Arkansas, one of 33 states to approve Medicaid expansion, just 7.9% of the population lacks health insurance, a smaller share than the 8.6% of the population nationwide. Likely due in part to better coverage and the increased likelihood of regular doctor visits, ambulatory health care services is the largest industry in Arkansas after real estate, accounting for 4.2% of the state’s GDP. 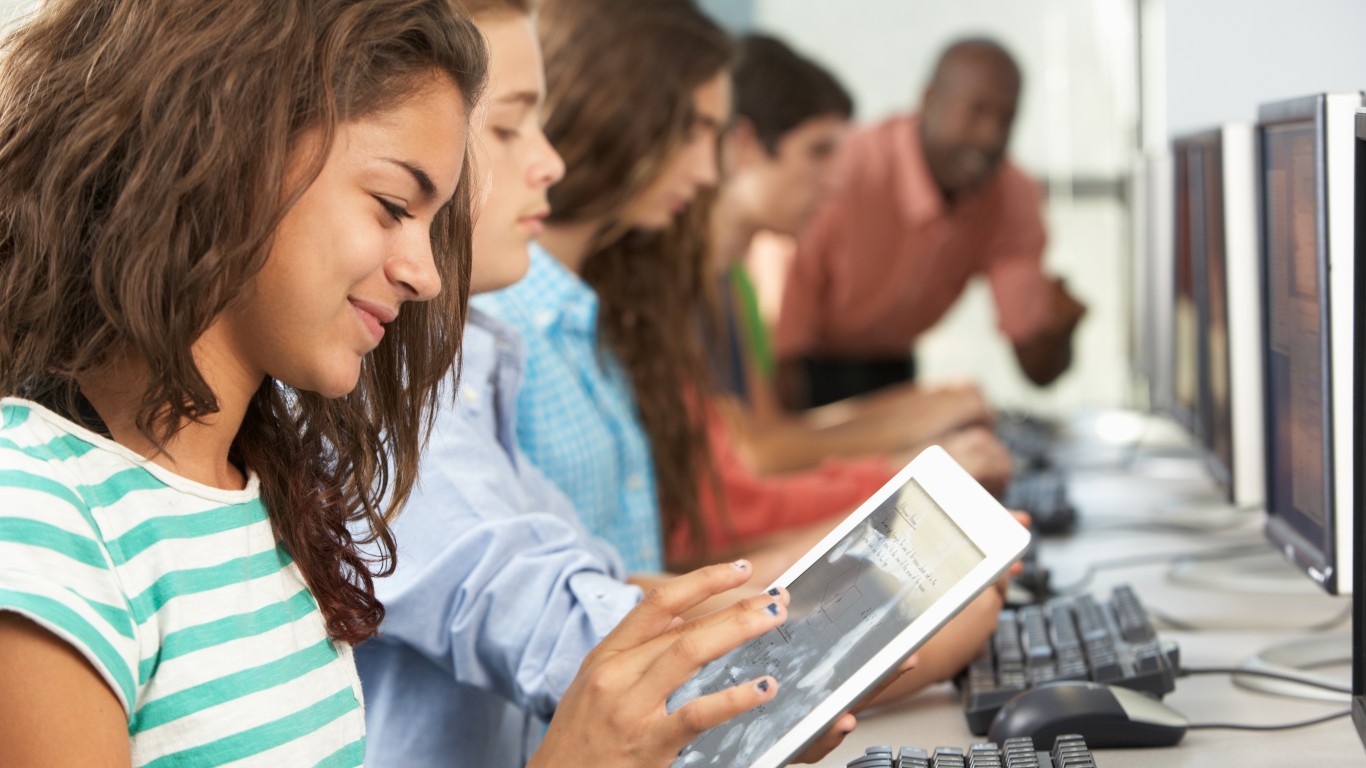 Computer and electronic product manufacturing includes the production of semiconductors, navigational equipment, and communications equipment. The sector differs from other manufacturing subsectors as it involves highly specialized, miniaturized, technologically advanced components. The largest industry in California after real estate, computer and electronics manufacturing also is rapidly growing. The sector contributed $99.0 billion to the state’s economy in 2016, a more than 50% increase from half a decade prior.

Adjusting for exchange rates and inflation, California’s economic output recently surpassed that of the U.K., becoming the fifth largest economy in the world. The computer and electronics manufacturing industry accounted for 4.3% of the state’s GDP in 2016.