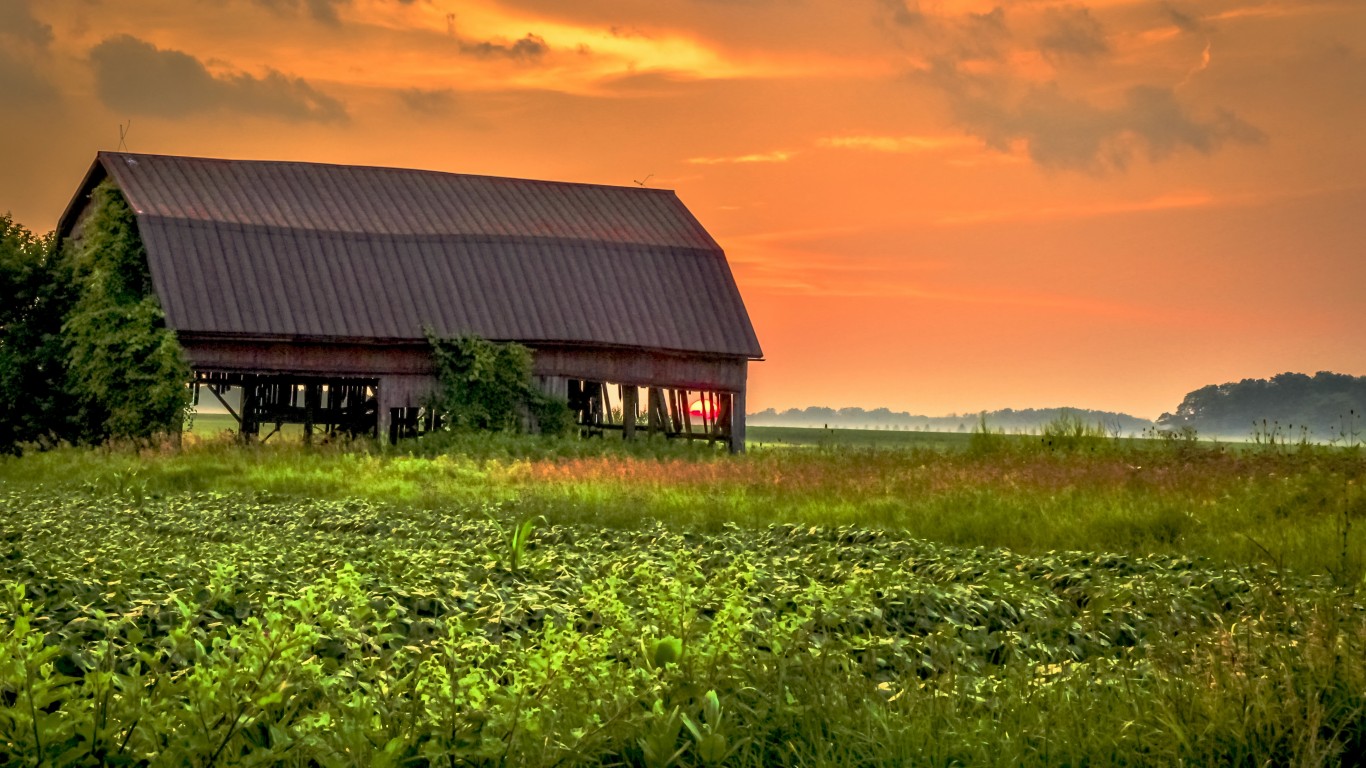 Along with Idaho, Kansas is one of only two states in which farming is the largest industry after real estate. Over half of all sorghum for grain and more than a fifth of all wheat produced in the United States in 2016 came from Kansas. Kansas also exported more beef and veal than every state except Texas and Nebraska. 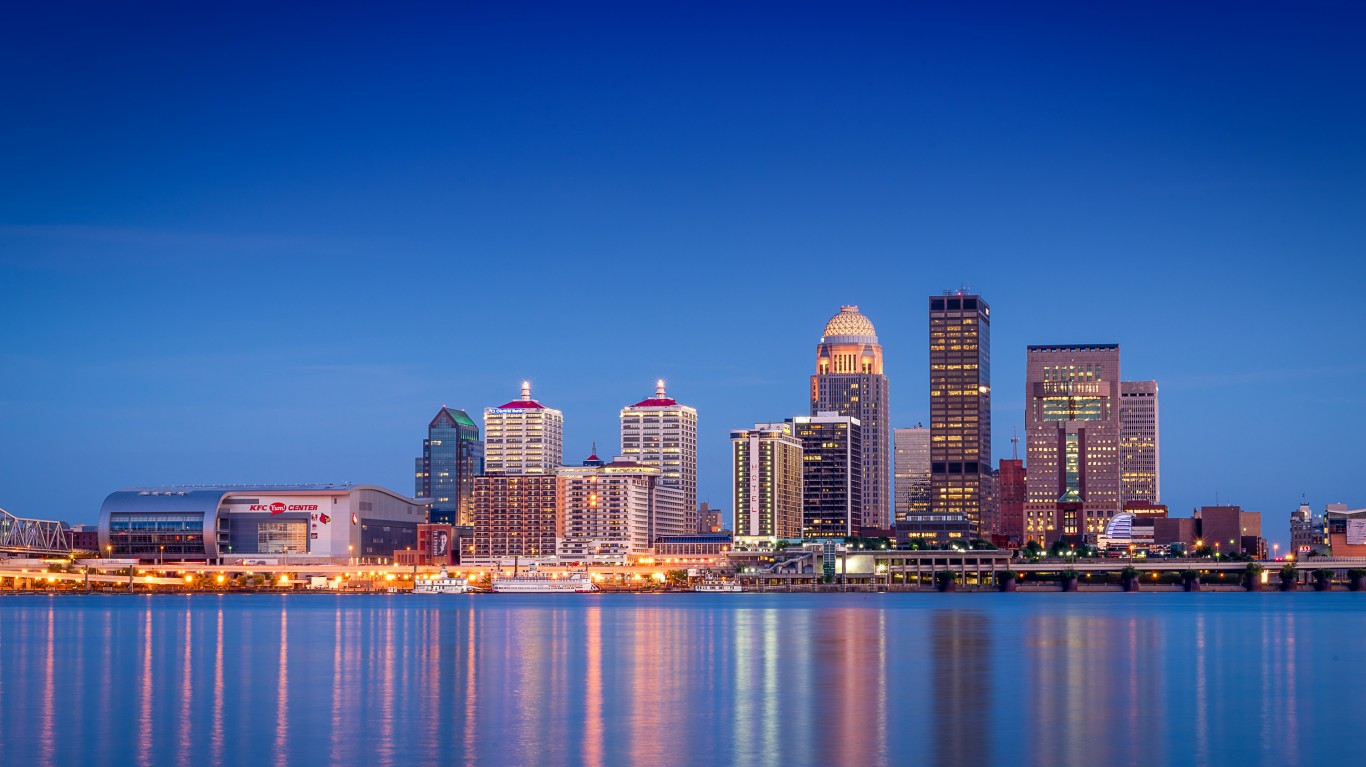 Americans with health insurance are more likely to receive necessary medical treatment and preventive care. And in Kentucky — one of 33 states to have adopted Medicaid expansion — just 5.1% of the population lacks health insurance coverage, a smaller share than in all but seven states. LIkely due in part to widespread coverage, outpatient medical services is a major industry in the state. Ambulatory health care services, including doctor’s offices and dentist’s offices, generated $7.1 billion in 2016 in the state, 4.1% of the state’s overall GDP. 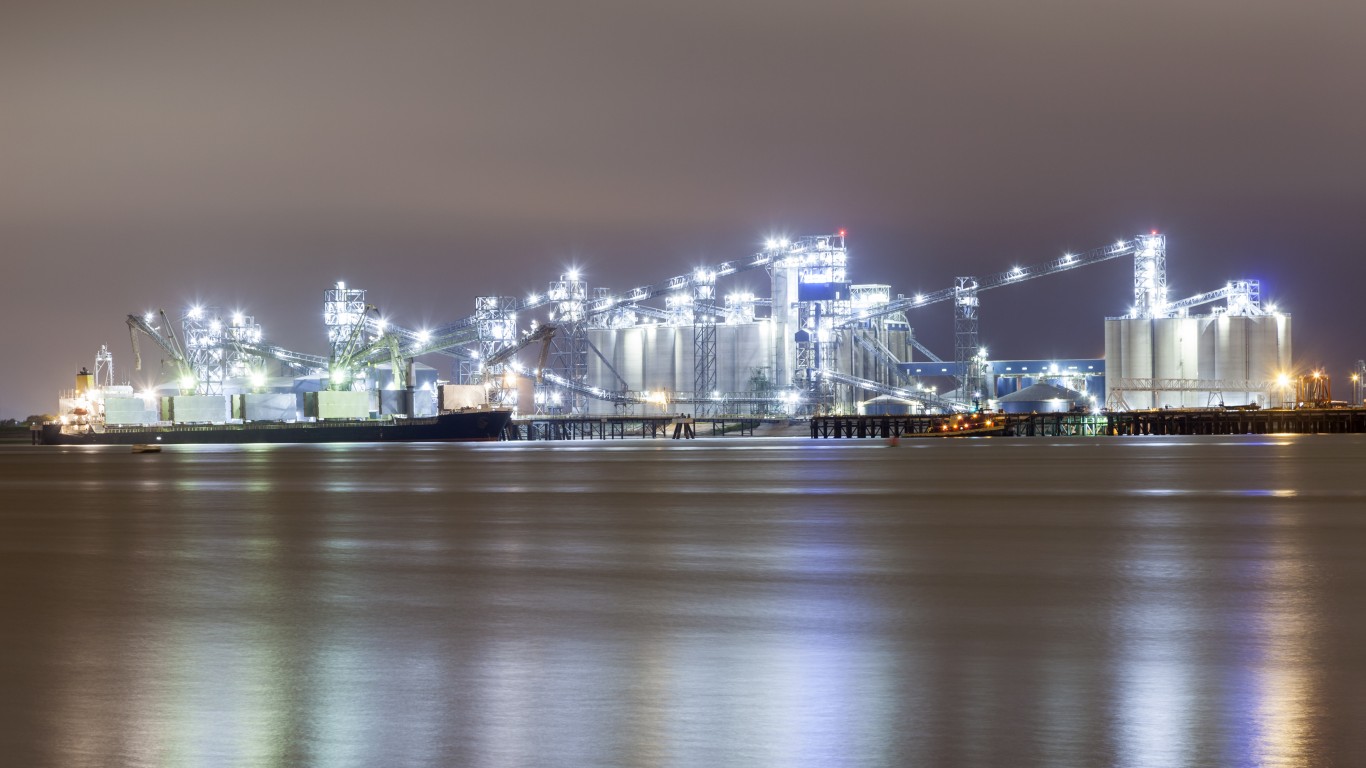 After real estate, Louisiana is the only state where the petroleum and coal products manufacturing sector ranks as the largest sector. The industry generated $15.7 billion in 2016, or 7.5% of the state’s total GDP. For reference, petroleum and coal products manufacturing accounted for just 0.7% of total U.S. GDP in 2016. The state has 18 oil refineries that can process over 3.3 million barrels of crude oil a day and account for nearly 20% of total U.S. refining capacity. Much of the crude oil processed in the state is shipped from foreign countries to the Louisiana Offshore Oil Port — the first and only deepwater oil port in the country. Connected to over half of the U.S. refining capacity, the Louisiana Offshore Oil Port is the largest entry point for waterborne crude oil shipped to the United States.

Hospitals, nursing, and residential care facilities — including nursing homes — is the largest sector in Maine after real estate. Generating $3.2 billion in 2016, the sector accounted for 6.2% of Maine’s total GDP.

The industry’s size is likely a practical necessity given the large share of elderly Americans who live in Maine. At 44.5 years, the median age in the state the highest in the country. Also, 19.3% of state residents are 65 or older, the largest share in the country after only Florida. Over the last half decade, the number of retirement age Maine residents increased by 18.1%, while the overall population climbed by just 0.2%. 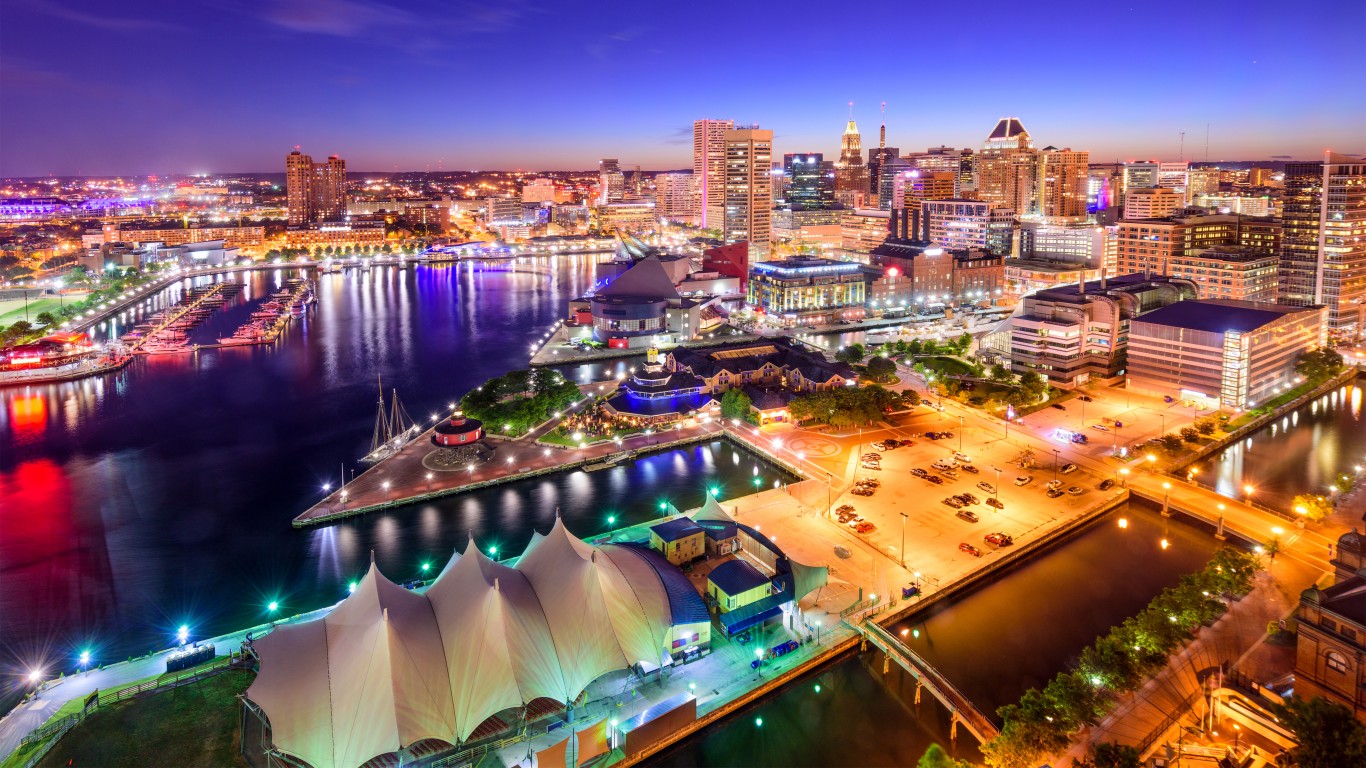 Maryland is one of three states where broadcasting and telecommunications industry is the largest after real estate. The industry accounts for 3.8% of Maryland’s total GDP — slightly more than its 2.7% share of GDP on a national scale. The state is home to the headquarters of television broadcasting conglomerate Sinclair Broadcast Group. The company runs several radio stations and operates nearly 200 television stations in 89 markets nationwide.

While Maryland’s broadcasting and telecom industry’s economic output of $12.7 billion in 2016 was 10.1% higher than it was the previous year, its GDP contribution was 3.9% lower than it was half a decade ago.