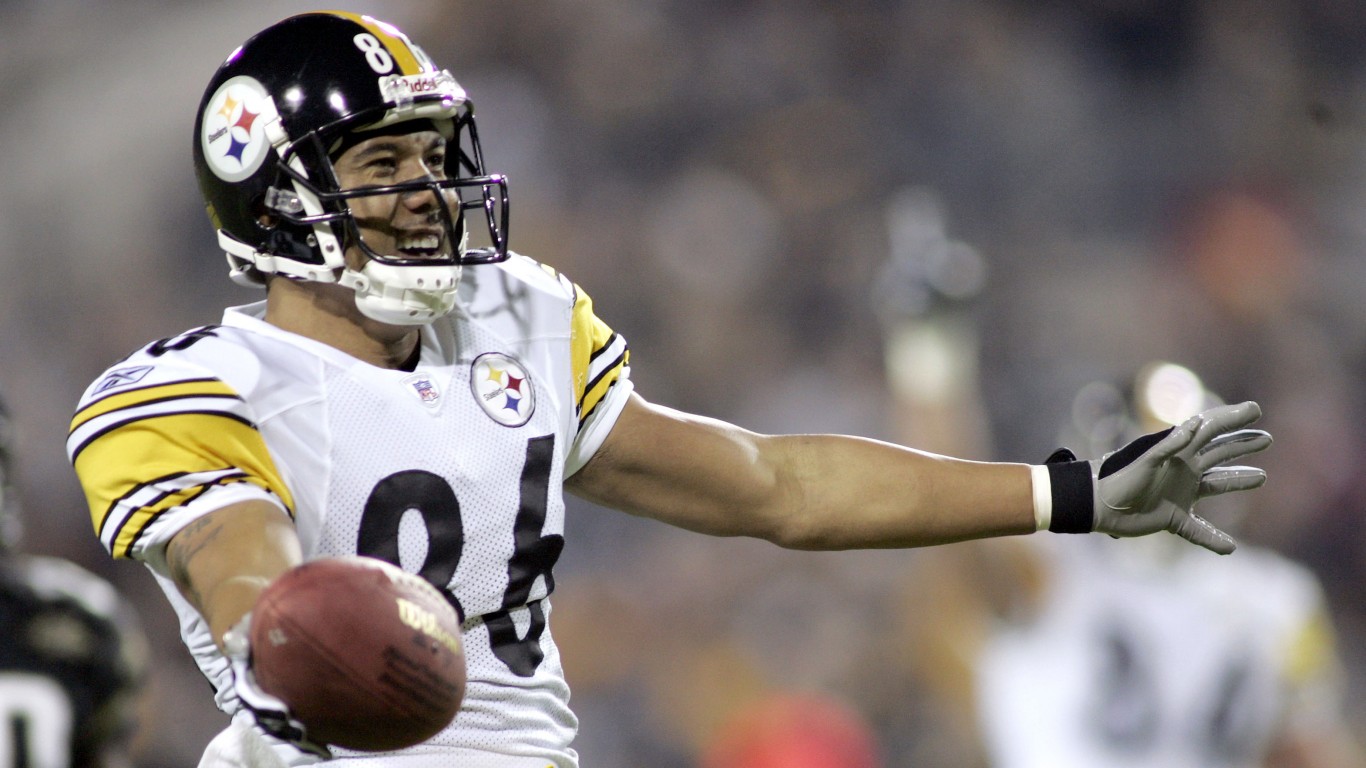 In 2004, quarterback Ben Roethlisberger was having a dream start to his NFL career, posting a 13-0 record in the games he started as a rookie, helping the Steelers to a 15-1 record overall. This largely came as a result of the stingy Steelers defense, which gave up an average of 15.7 points per game, the best average in the NFL that year. But the defense couldn’t handle Tom Brady and the New England Patriots offense in the AFC Championship game. The Pats put up 41 points and cruised past the Steelers on their way to a third Super Bowl in four years. 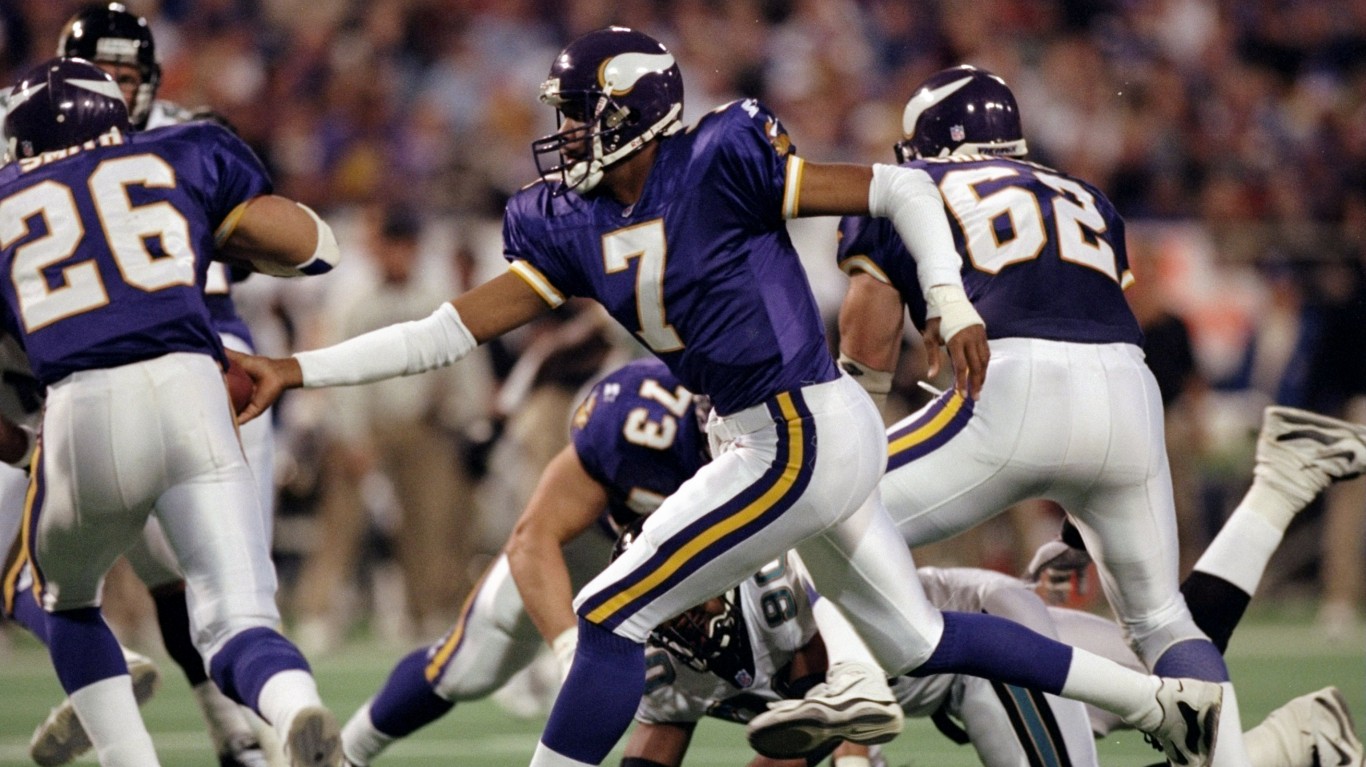 The Minnesota Vikings had high hopes that 1998 would finally be the year they won their first Super Bowl. The team, led by quarterback Randall Cunningham, scored nearly 35 points per game to lead the NFL. Minnesota narrowly missed a chance to make the Super Bowl, blowing a 10-point fourth quarter lead to the Atlanta Falcons. Kicker Gary Anderson had hit 122 field goals in a row before missing a fairly short kick when the Vikings led by seven. The defense gave up a last-minute touchdown, and the team lost in overtime 30-27. The Falcons later lost to the Denver Broncos in the Super Bowl. 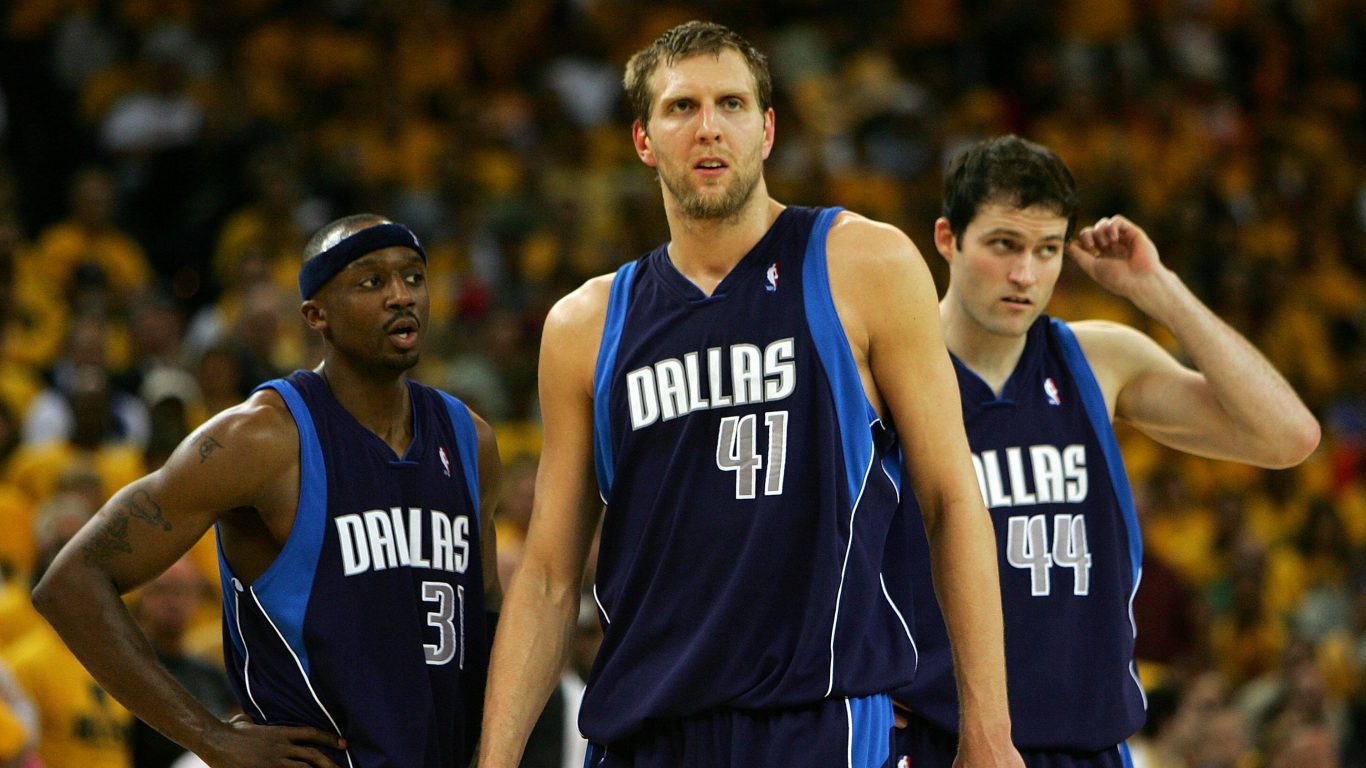 After losing the 2006 NBA Finals to the Miami Heat, the Dallas Mavericks came out strong the next season, winning 67 games — by far the most of any team in the NBA that year. Having secured home court advantage throughout the playoffs, Dallas appeared to be set for another deep playoff run. But the Mavs flamed out in the first round, losing in six games to the 42-40 Golden State Warriors. They became just the third number one seed to lose to an eighth seed in NBA history. The Mavs also lost in the first round in 2008 and 2010 before winning a championship in 2011. 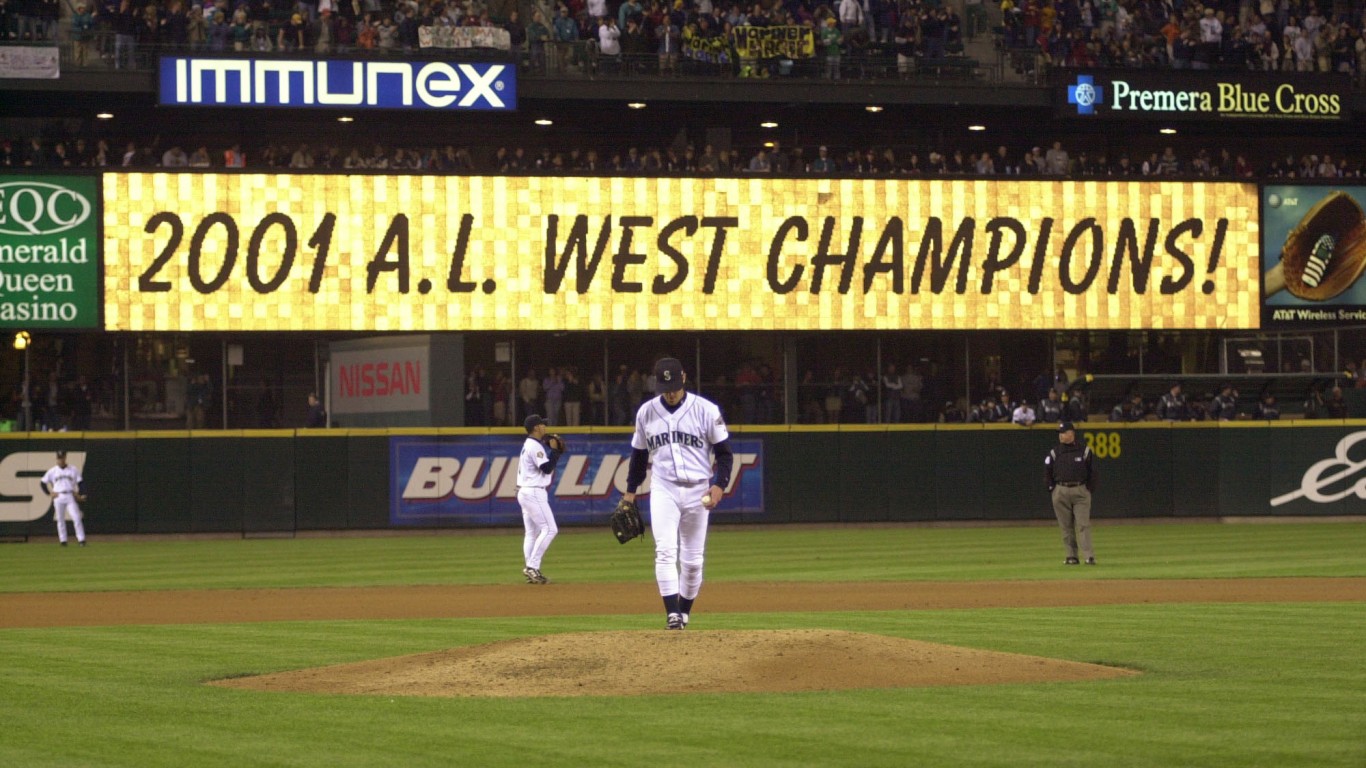 In 2001, the Seattle Mariners tied an MLB record with 116 wins in a single season. Four Mariners pitchers won at least 15 games, including Jamie Moyer with 20 victories. Ichiro Suzuki established himself as a star in his rookie year, batting .350 and winning MVP as well as Rookie of the Year. Yet everything fell apart for Seattle in the playoffs. After beating the Cleveland Indians in the first round, the Mariners lost the American League Championship Series to the Yankees 4-1. The Yankees lost the World Series to the Arizona Diamondbacks. The Mariners haven’t been back to the playoffs since. 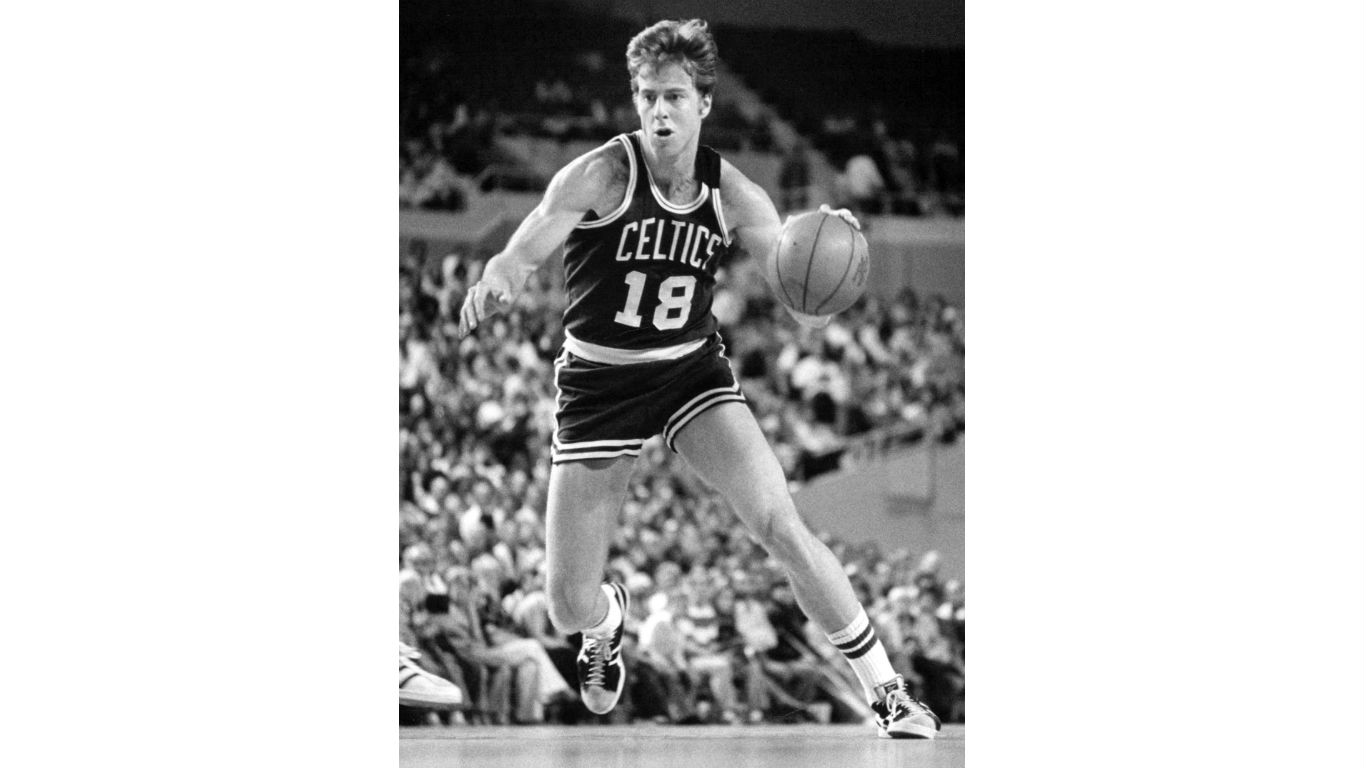 The Boston Celtics tied an NBA record for most wins, 68, in an 82 game season in the 1972-1973 season. Center Dave Cowens won MVP, and Boston seemed like it had a good shot to win its 12th NBA title. But the Celtics were upset in the Eastern Conference Finals by the eventual champions, the New York Knicks. That was the last time the Knicks won a championship. The Celtics wouldn’t stay down for long. The franchise won two of the next three NBA Championships.