In Vermont, 38.3% of adults have attained at least a four-year college degree as of 2017, an increase of 1.9 percentage points since 2016 — the third largest jump nationwide. Though higher educational attainment often translates to higher earnings, a college diploma in Vermont provides a relatively small boost in earnings potential compared to other states. The typical worker in Vermont with at least a bachelor’s degree earns just $40,592 a year, only about $9,600 more than a worker with only a high school education. For perspective, the typical American worker with a bachelor’s degree earns $52,484 a year, compared to the $30,624 the typical worker with a high school education earns — a difference of nearly $22,000 a year.

Nearly 37% of adults in the state have a bachelor’s degree, above the national share of 32%. Adults with at least a four-year college degree tend to have an advantage finding stable employment, and this appears to be especially the case in New Hampshire. Only 2.7% of the state’s labor force was out of a job in 2017, the third lowest annual unemployment rate among states, and well below the 4.4% of unemployed nationwide last year.

In Minnesota, over 93.1% of adults have a high school diploma, the highest share in the country and well above the national high school attainment rate of 88.0%. Graduating from high school is the first step to earning a higher education, and so in states where a relatively high share of adults have a high school diploma, college attainment rates are high as well. Of the state’s adults, 36.1% have earned at least a four-year college degree as of 2017 — the ninth highest share in the nation — up 1.3 percentage points from 2016.

A well-educated population is more likely to have higher salaries and less likely to face financial hardship. Only 9.5% of Minnesota residents live below the poverty line, the fourth of smallest poverty rate of all states and well below the 13.4% U.S. poverty rate. 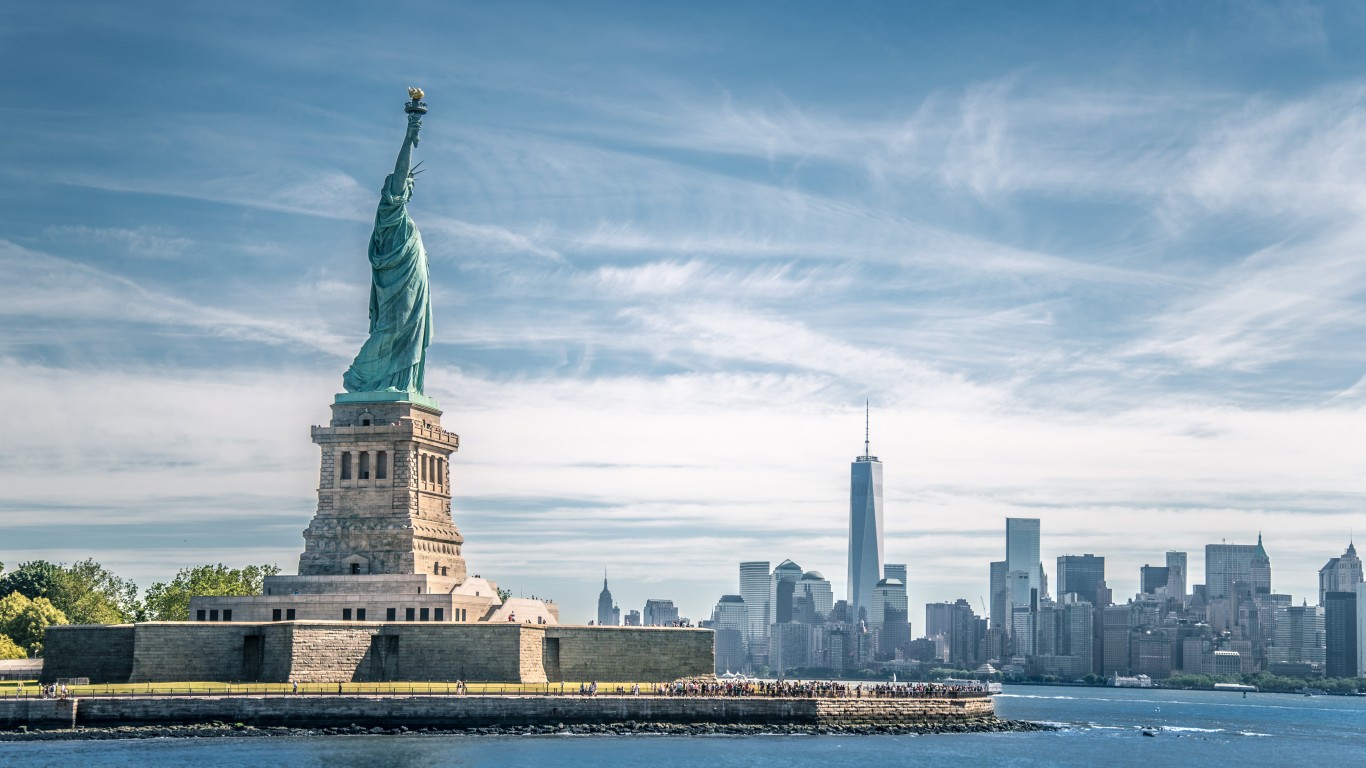 New York state has a high concentration of white collar jobs that require a bachelor’s degree. For example, the state’s information sector is the third largest in the country relative to its workforce. New York also has an above average share of workers employed within the finance and insurance sectors. New York also has below average shares of workers employed in industries that are less likely to require a college education as a prerequisite to employment. These industries include retail and construction.