10 Kinds of Edible Eggs That Don't Come From Chickens 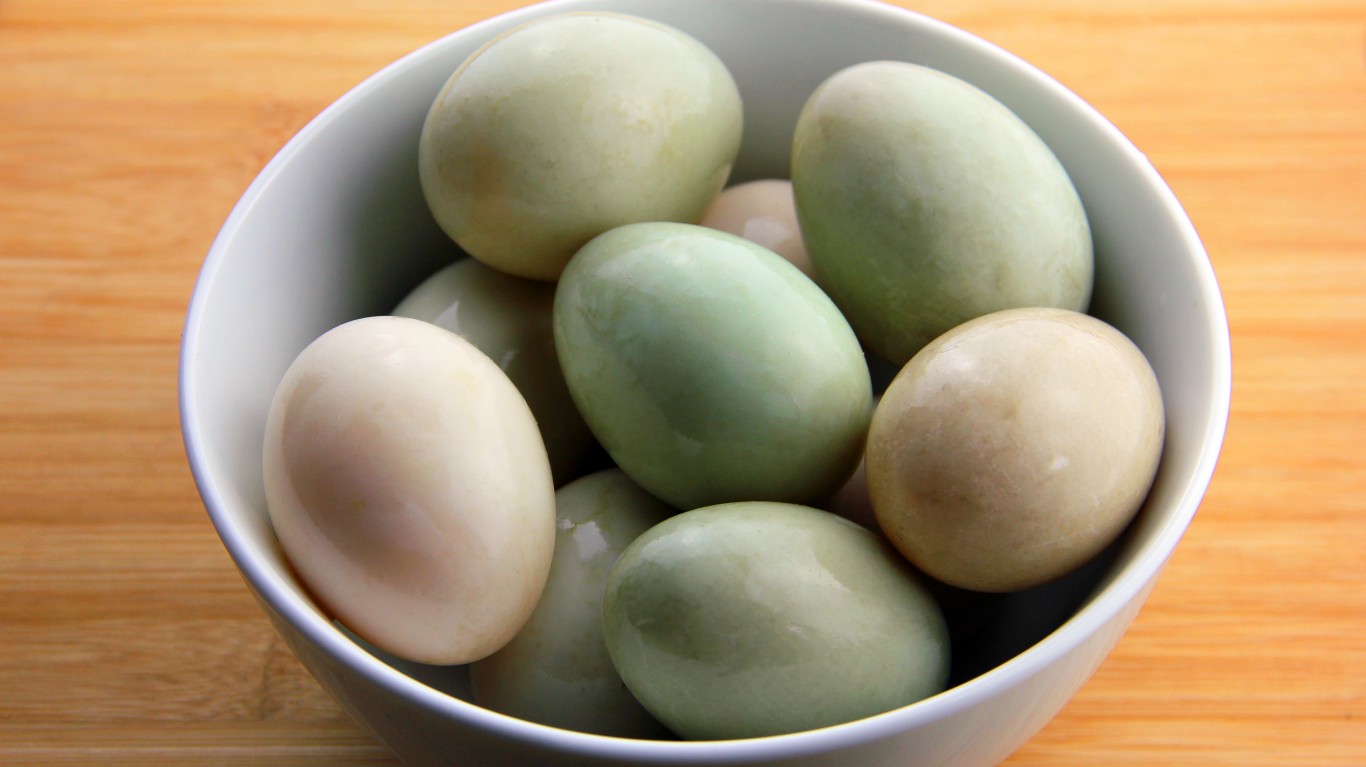 The duck egg is like a ramped-up chicken egg, typically about 50% larger, with a bigger yolk and a higher proportion of yolk to white than with a chicken’s egg. Duck eggs vary in color — white, gray, green, brown, black — depending on the breed of duck that laid them. The bird’s diet affects the flavor, but in general, duck eggs taste like a richer version of chicken eggs. In general, duck eggs can be eaten just like chicken eggs, though they may take some experimentation when used in baking because of their size and higher fat content. One downside to duck eggs is that at about 619 milligrams of cholesterol, a single egg contains just over twice the recommended U.S. Food and Drug Administration daily limit of 300 milligrams of cholesterol. To compare, a large chicken egg contains about 211 milligrams of cholesterol. 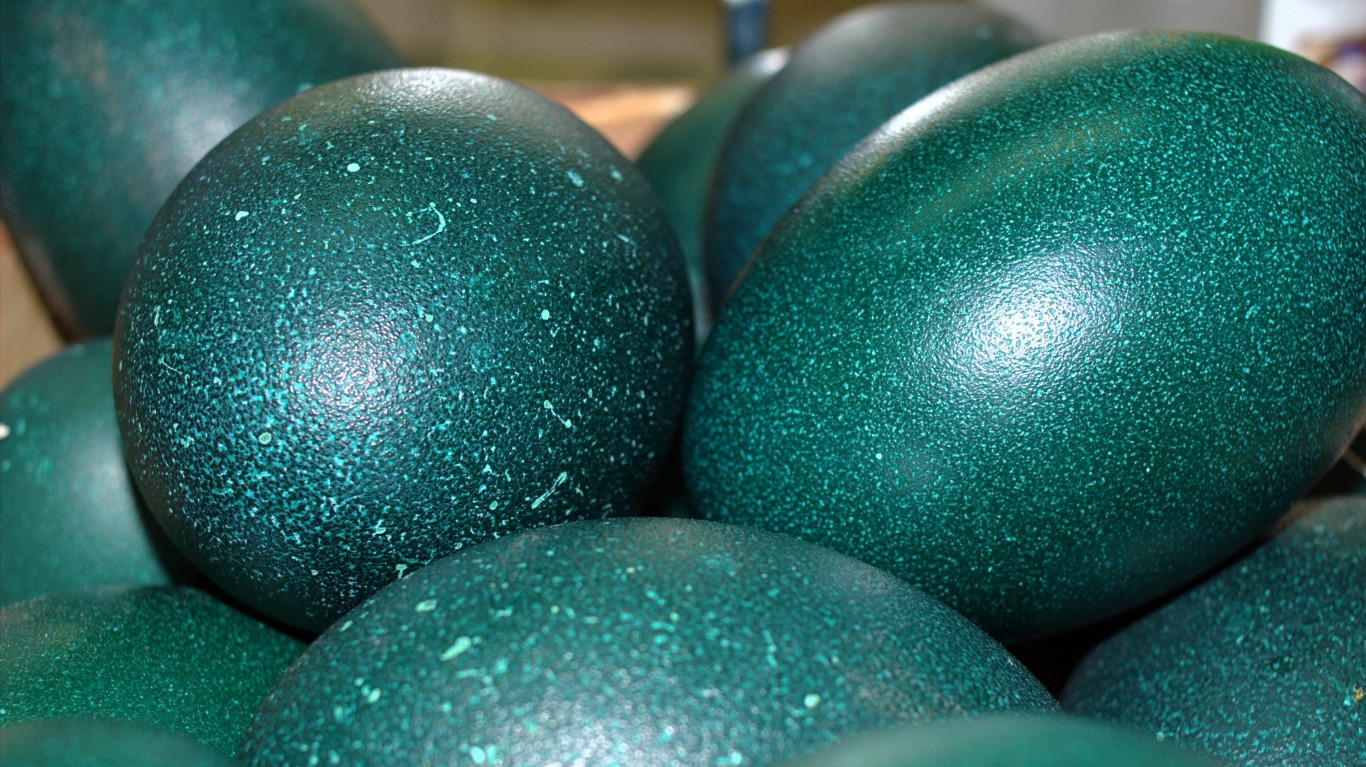 The emu, a long-neck ratite bird (a class of flightless avians) and the second largest bird on Earth by height — sometimes reaching more than 6 feet — is native to Australia. It is the country’s national bird. Its eggs are striking in appearance — big (about 3 ½ by 6 inches) and dark mottled green, sometimes tending toward black. From a distance, they resemble Hass avocados. Each one is the size of about a dozen hen’s eggs. Both the yolk and white are unusually thick, and the eggs are considered the richest in flavor of any edible bird egg. They lend themselves well to omelettes, among other dishes. 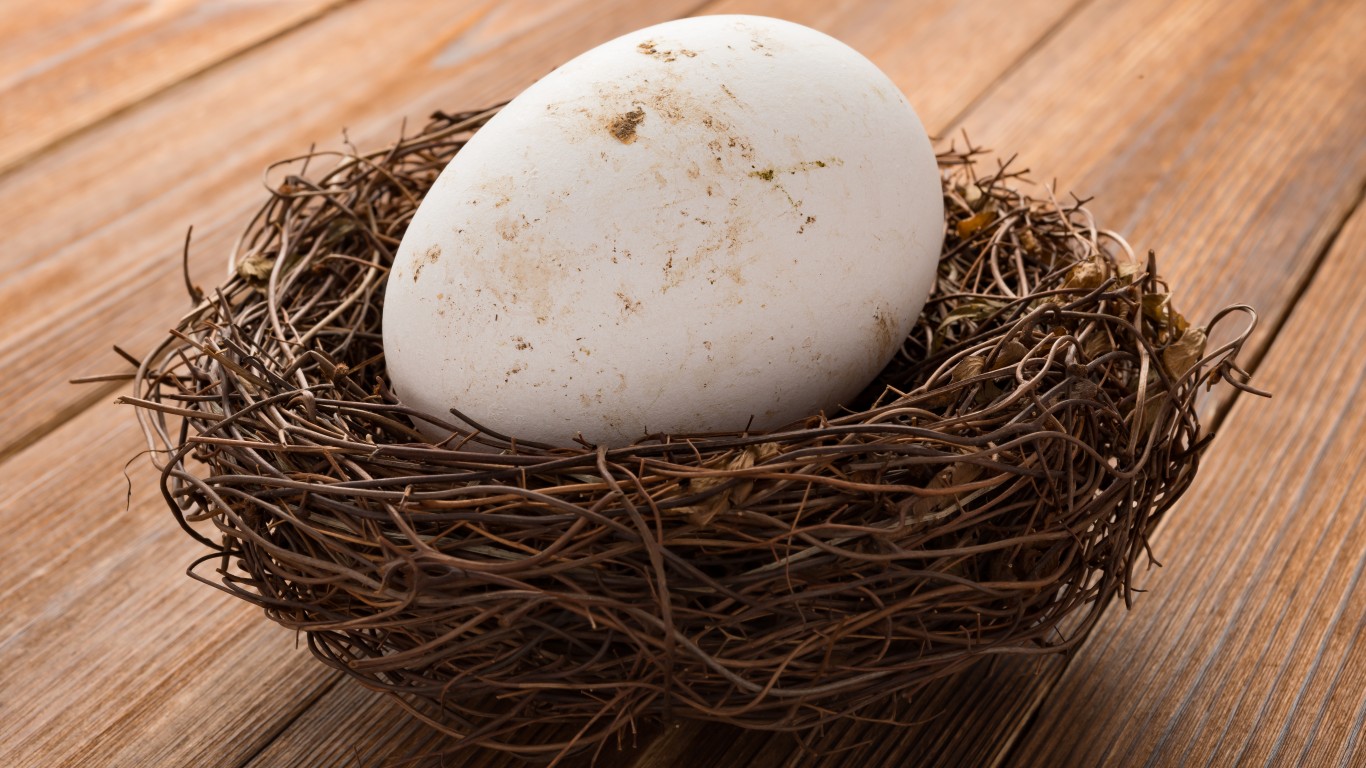 “Goose egg” is a metaphor for zero, a reference to its shape, and for a bump on the head. The actual goose egg is about three times the size of a chicken egg but has roughly six times the cholesterol and almost four times the calories. On the plus side, it is proportionately higher in A, D, E, and B vitamins, iron, and selenium. Several years ago, NPR writer and editor Eliza Barclay organized a tasting of hard-boiled chicken, duck, quail, and goose eggs, in which the goose egg finished last, evoking comments like “funky,” “weird,” and “bland.” Other tasters, though, find them either similar in flavor to chicken eggs or considerably richer — like a double-yolk chicken egg, some say. 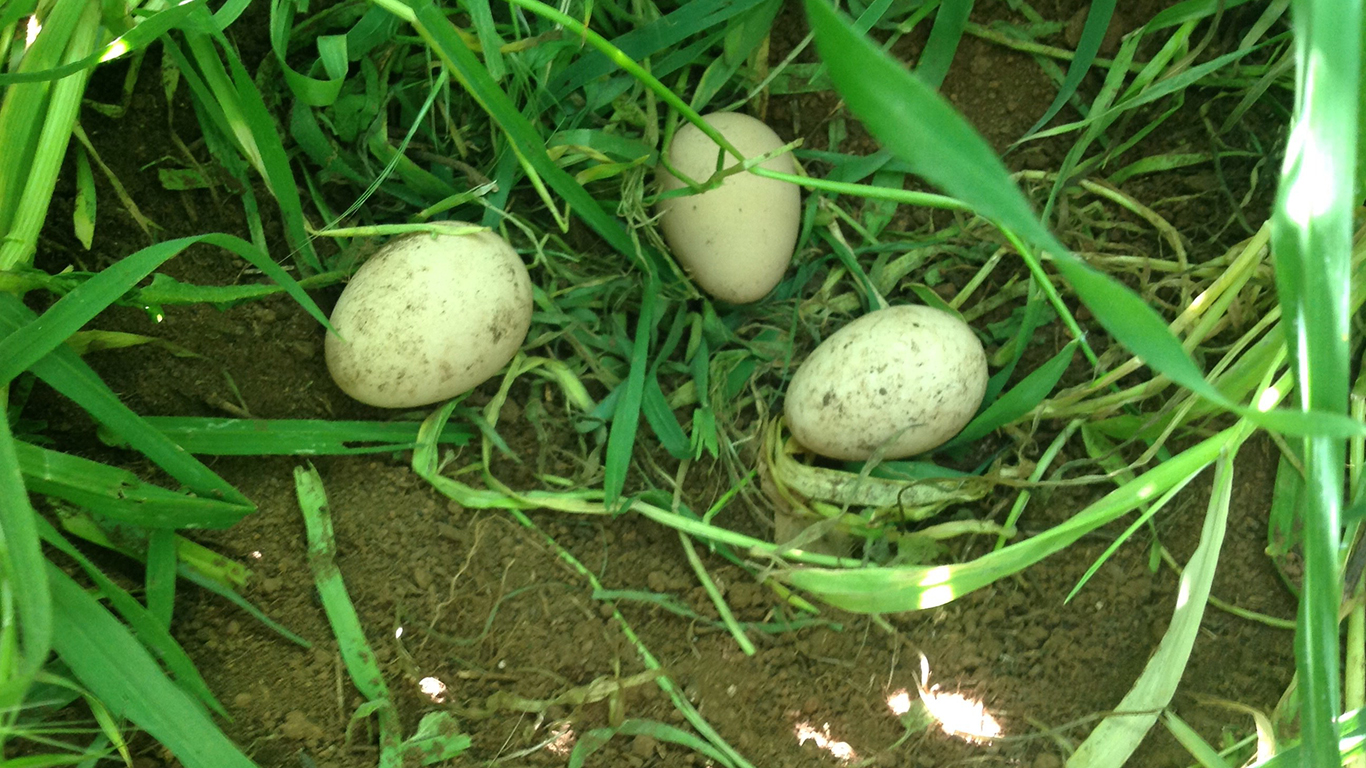 The guinea hen, or guinea fowl, is a bird of West African origins that looks a little like a smaller turkey without the wattle. The bird is favored for its meat (it’s common on French menus under the name “pintade”), but guinea hen eggs, speckled brown and slightly smaller than chicken eggs, have been described as delicious and the best of all bird eggs. Guinea hens are often allowed to range freely around barnyards, eating grubs and worms, and this gives their eggs added flavor. 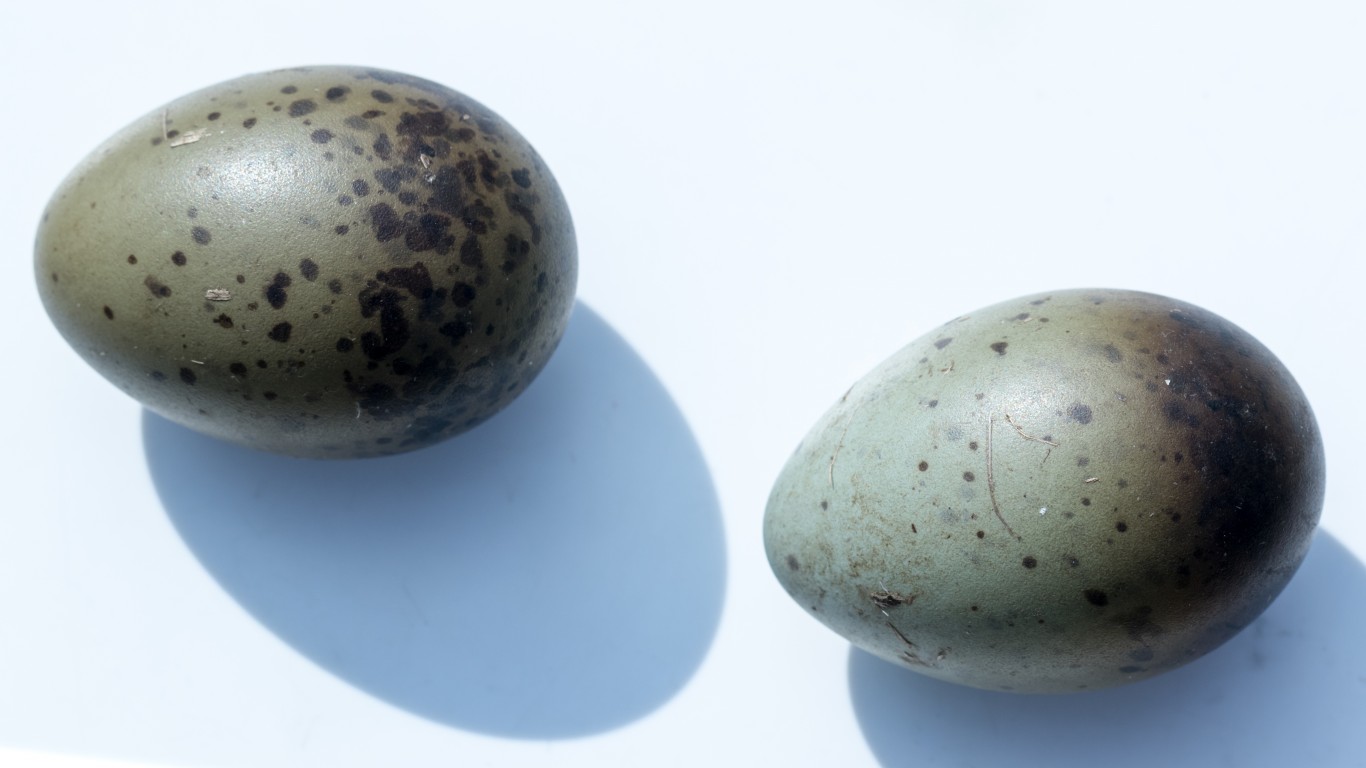 The eggs of the laughing or black-headed seagull (Chroicocephalus ridibundus) are considered a springtime delicacy in the U.K. The legal season for collecting the eggs of this wild bird runs from April 1 to May 15 each year. The eggs can be collected only in six defined areas, mostly in Hampshire, on England’s southern coast, and there are only a handful of eggers licensed to collect the eggs. Gull eggs are smaller than the chicken equivalent, but they have a stronger flavor, sometimes described as gamy. The eggs were traditionally eaten hard-boiled, with celery salt, but today chefs in London and other parts of the country might prepare the eggs with artichokes, smoked salmon and caviar, or asparagus, among other delicacies.