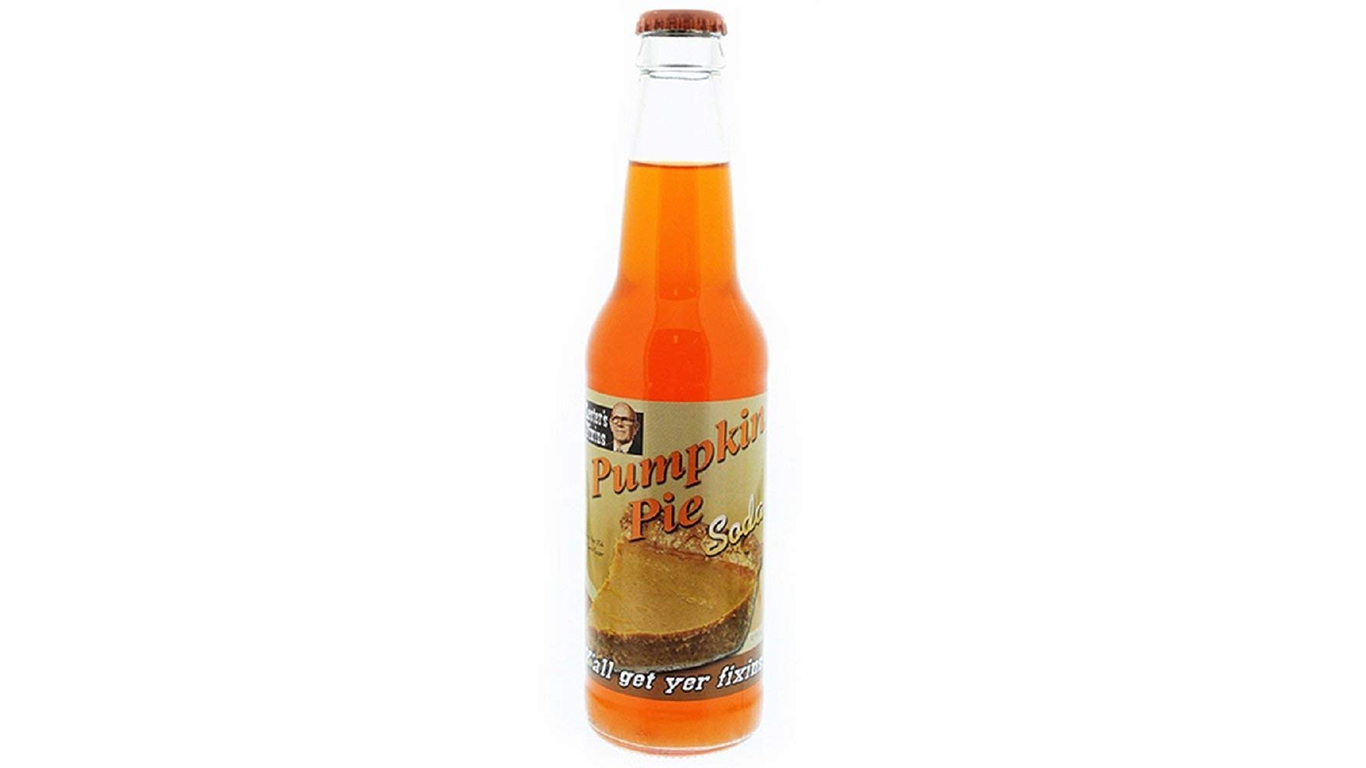 Lester’s Fixins soda, a house brand of the 90-plus-location Rocket Fizz Soda Pop & Candy Shop chain, comes in a number of quirky flavors — among them Buffalo wing, peanut butter & jelly, and ranch dressing — so it’s not surprising the chain wanted to join the pumpkin spice club. Though the company calls its soda Pumpkin Pie Soda, no actual pumpkin is involved — just “natural and artificial flavors,” presumably including cinnamon and the rest. Cheers. 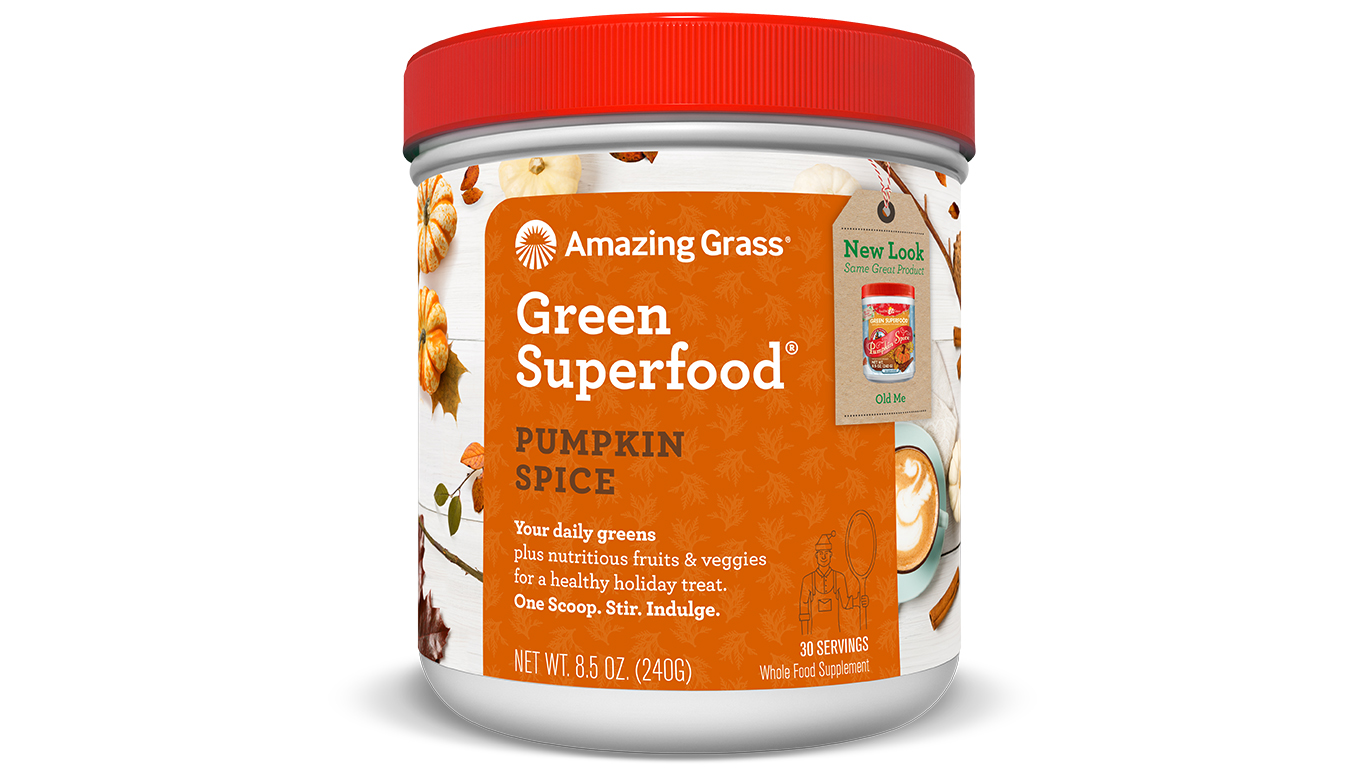 Nothing says “pumpkin pie” more vividly than a mixture of wheat and barley grass, alfalfa, spinach, broccoli, pineapple, carrots, cherries, açaí, beets, raspberries, and peppermint — right? This Amazing Grass product is not a protein powder, but rather a so-called “superfood” in powder form. It’s full, says the company website, of vitamins and minerals, phytonutrients, digestive enzymes, and probiotics, with that added touch of cloves, nutmeg, and cinnamon, exactly the flavors a mélange like this is crying out for. Isn’t it? 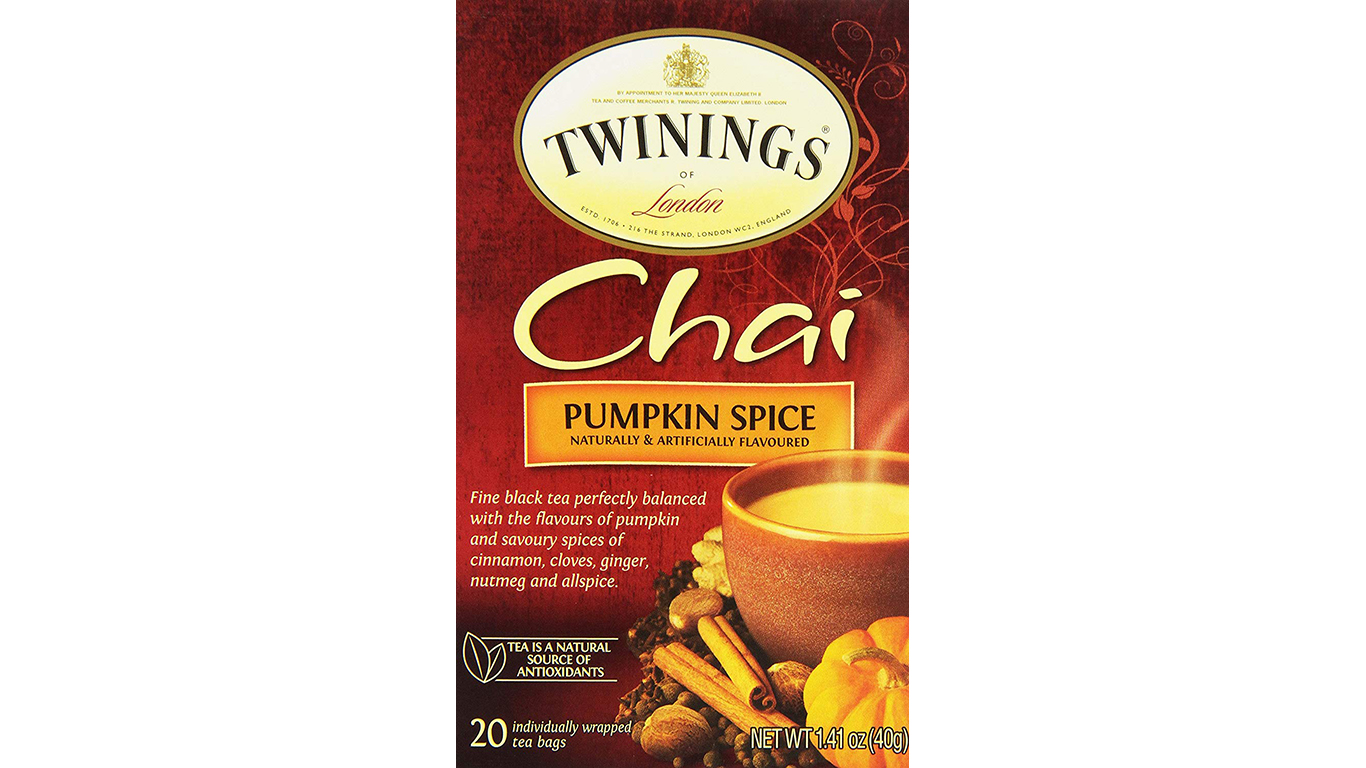 England’s Twining family got into the tea trade in the 17th century. By 1749, Thomas Twining’s company was exporting tea to America, and in 1837, it began supplying tea to the royal family. You’d think that a company with that distinguished lineage would be above mere fad. But nooooo. Chai, which originates in India, is already spiced tea, typically involving such “pumpkin spices” as cinnamon, ginger, and cloves, as well as cardamom and pepper. Twinings Pumpkin Spice Chai adds nutmeg and allspice to what is already a perfectly good aromatic beverage, presumably just so Twinings can tap into pumpkin spice mania. We are not amused. 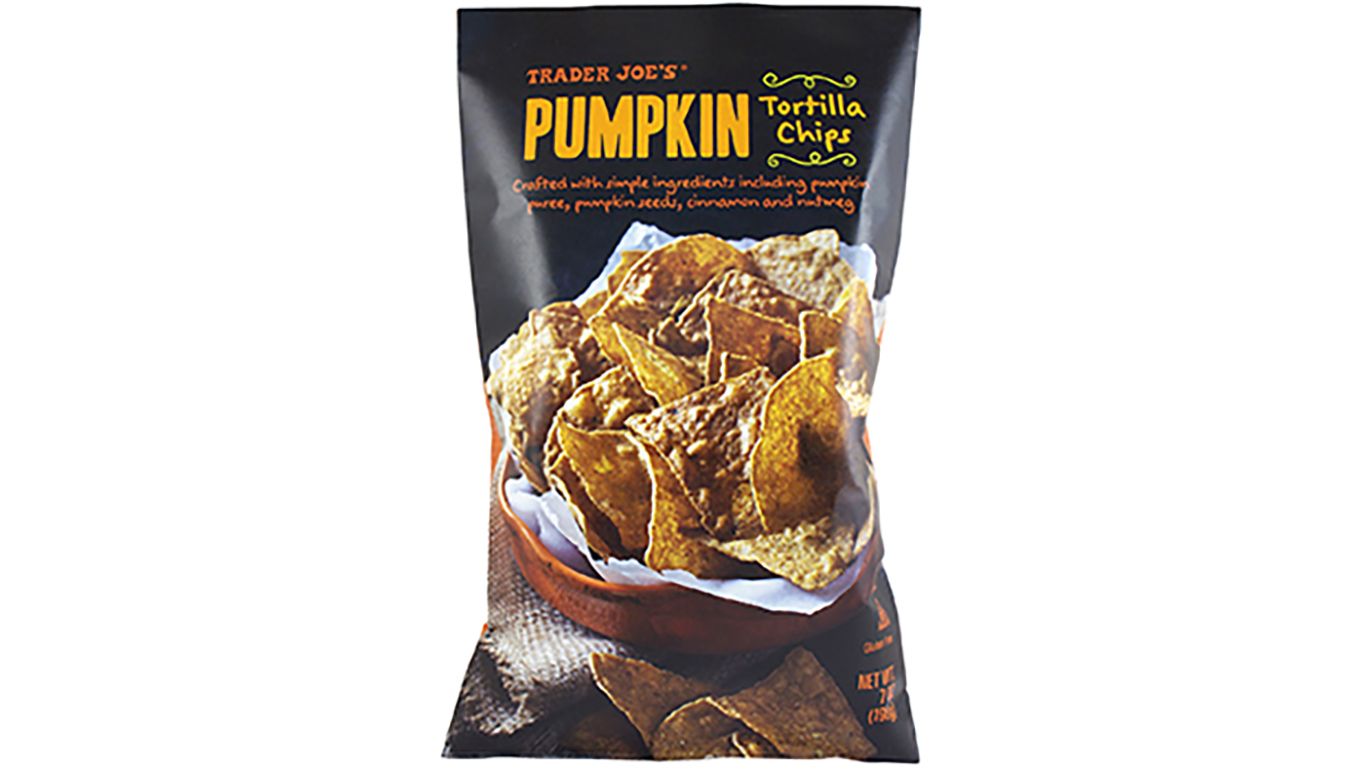 Tortilla chips, deep-fried triangles or strips of corn tortilla (or some industrial approximation of same), have gotten along fine for many years with nothing but salsa, or maybe some melted nacho cheese. Obviously, the innovative folks at Trader Joe’s thought the chips needed a little help. The grocery store chain stirred as much pumpkin purée as it could into the corn-dough base of the tortillas, then added pumpkin seeds, cinnamon, and nutmeg for good measure. At least now we know what we can do with that pumpkin pie salsa (see No. 15). 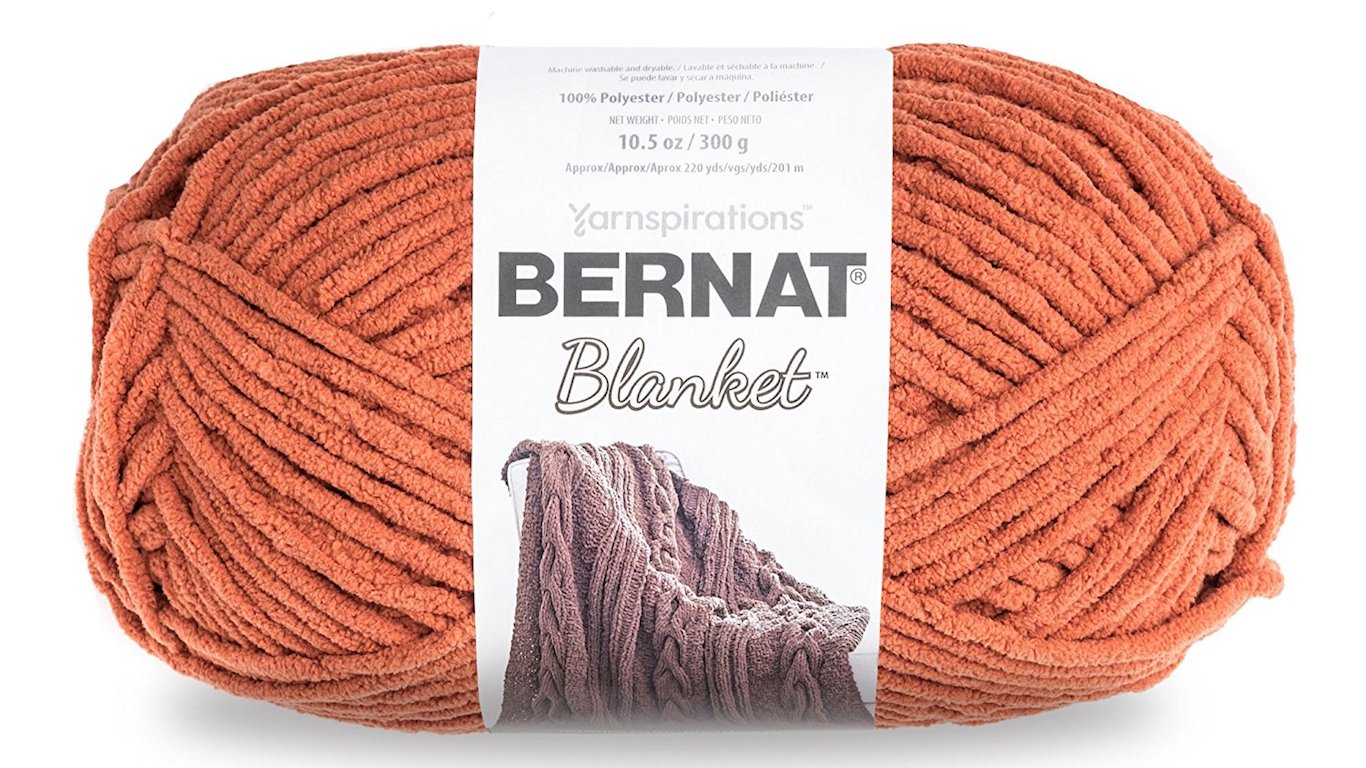 You know how designers sometimes call dark purple “eggplant” and pale green “pistachio?” Apparently, “pumpkin spice” has become a color name, too, as in the case of Bernat’s Pumpkin Spice Blanket knitting yarn. No spice aromas are involved here, thankfully; it’s all about the orange. But shouldn’t it just be called “pumpkin,” then? The color of pumpkin spice — ground-up cinnamon, nutmeg, ginger, cloves, and nutmeg — would be an earthy brown.