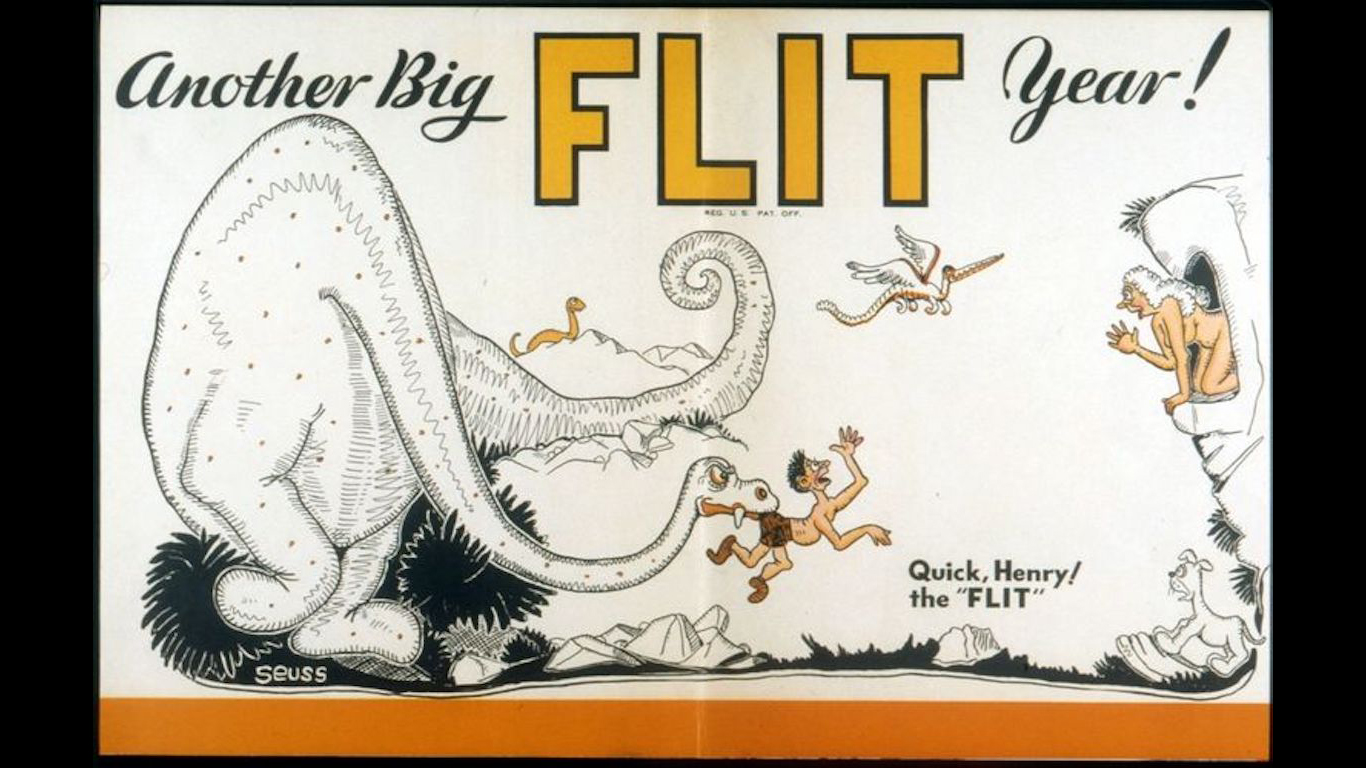 16. He was subsequently hired to create ads by the makers of Flit, a DDT-laced bug spray produced by a subsidiary of Standard Oil of New Jersey. 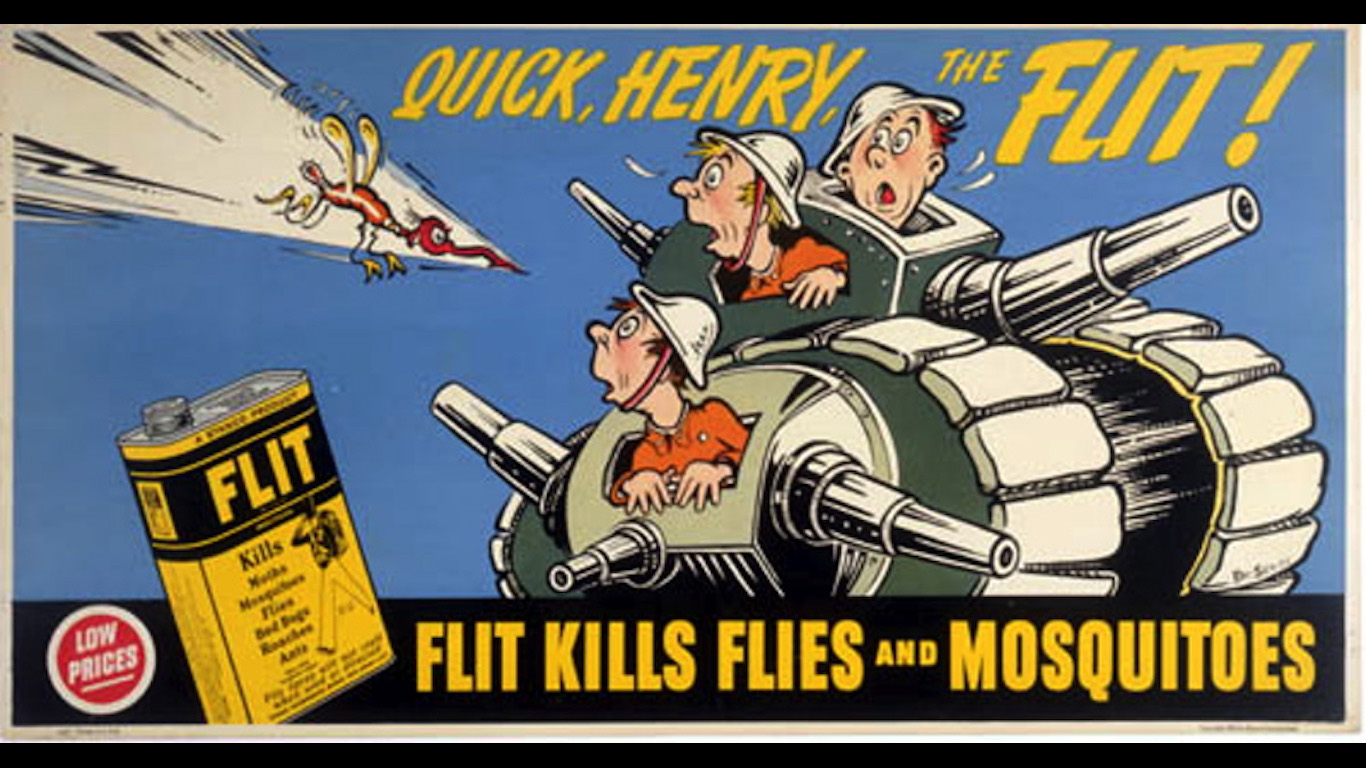 17. He created a slogan for the bug spray — “Quick, Henry, the Flit!” — that became an oft-quoted slogan of the day ala “Where’s the Beef?” in later years. 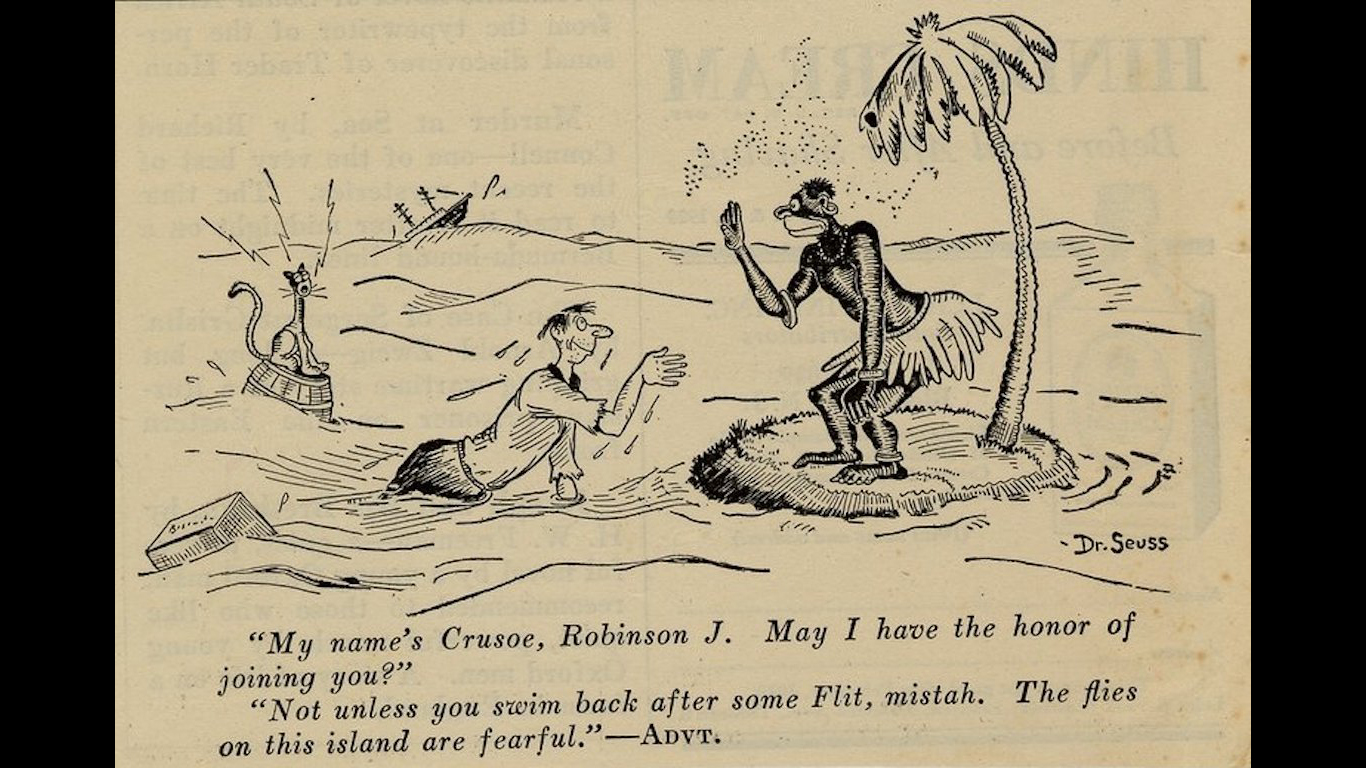 18. Some of his Flit ads featured more racist imagery, of both blacks and Middle Easterners. 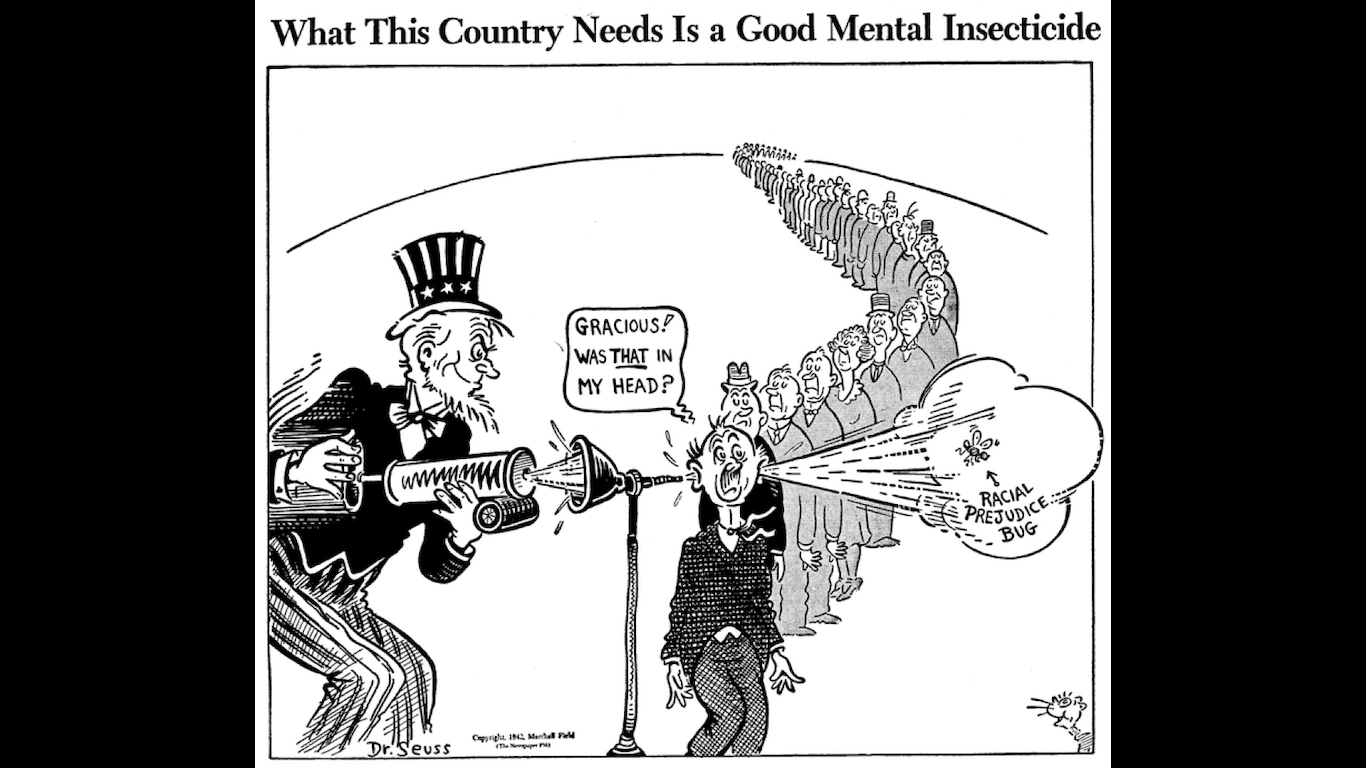 19. He later rejected racism, drawing cartoons such as one featuring Uncle Sam wielding a Flit-like spray to blow the “Racial Prejudice Bug” out of the heads of white citizens. 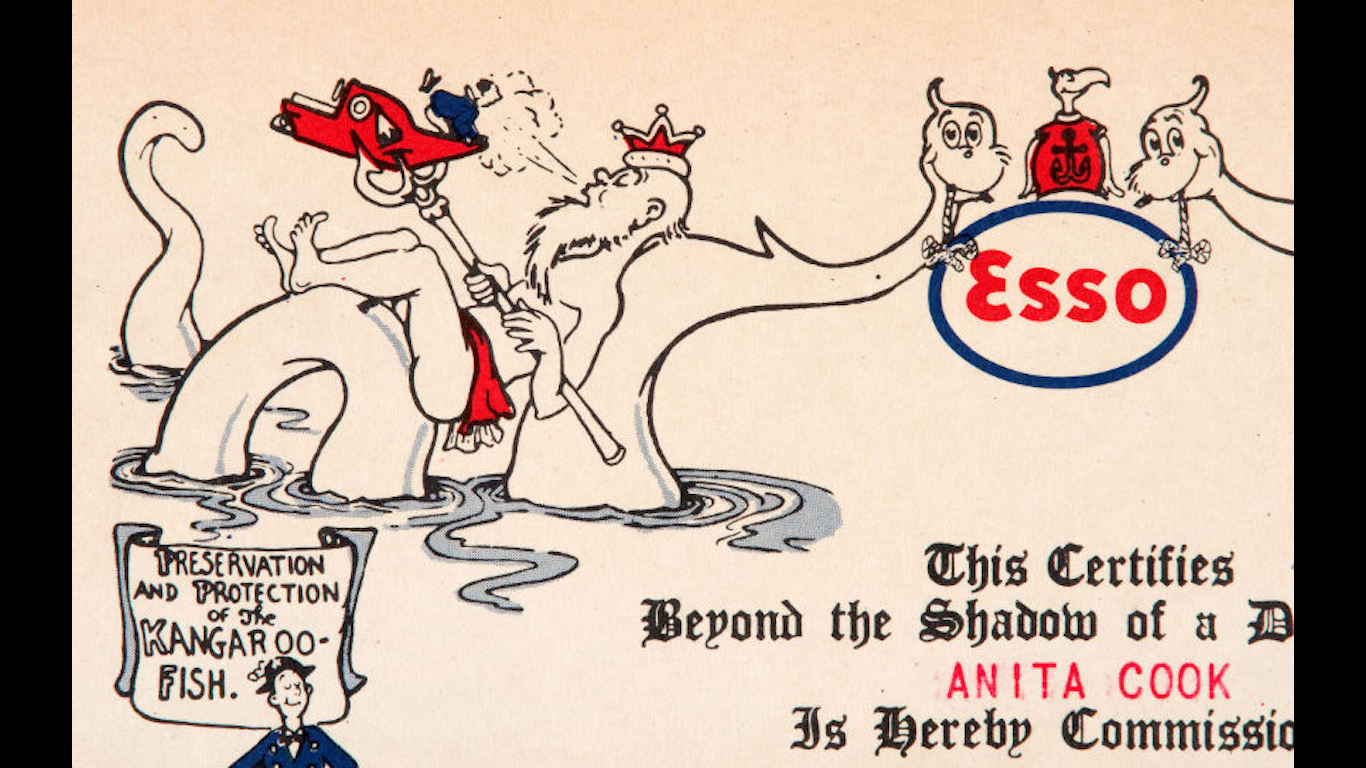 20. Working for another Standard Oil subsidiary, which produced Essomarine boat fuel, he became “Admiral-in-Chief” of the so-called Seuss Navy, an outfit made up for promotional purposes.