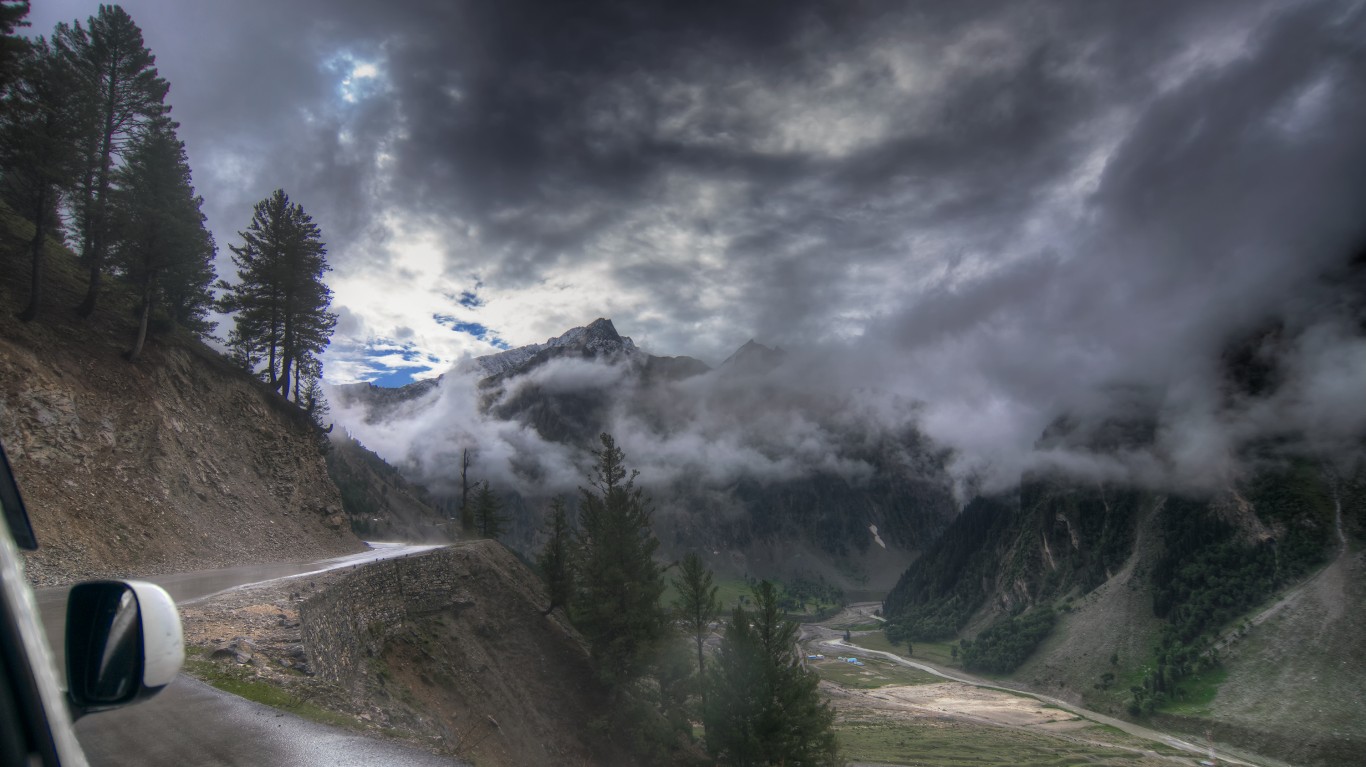 The United States may be a leader in advanced weather modeling, but India is also making headway in more accurate weather forecasting. In February, the India Meteorological Department (IMD) launched new forecasting techniques using U.S.-made supercomputers. The upgrade allows Indian forecasters to predict weather conditions in 12-kilometer grids (7.5 miles) across the country for up to 10 days. The new supercomputers can perform trillions of computations per second from data compiled automatically from land, sea, and satellite weather observations.

The IMD says the new system will be able to forewarn the public about heat and cold waves, monsoon activity, dense fog, and thunderstorms. The system takes about three hours to compile its daily 10-day forecast, which is available to the public every day at 11:30 a.m. 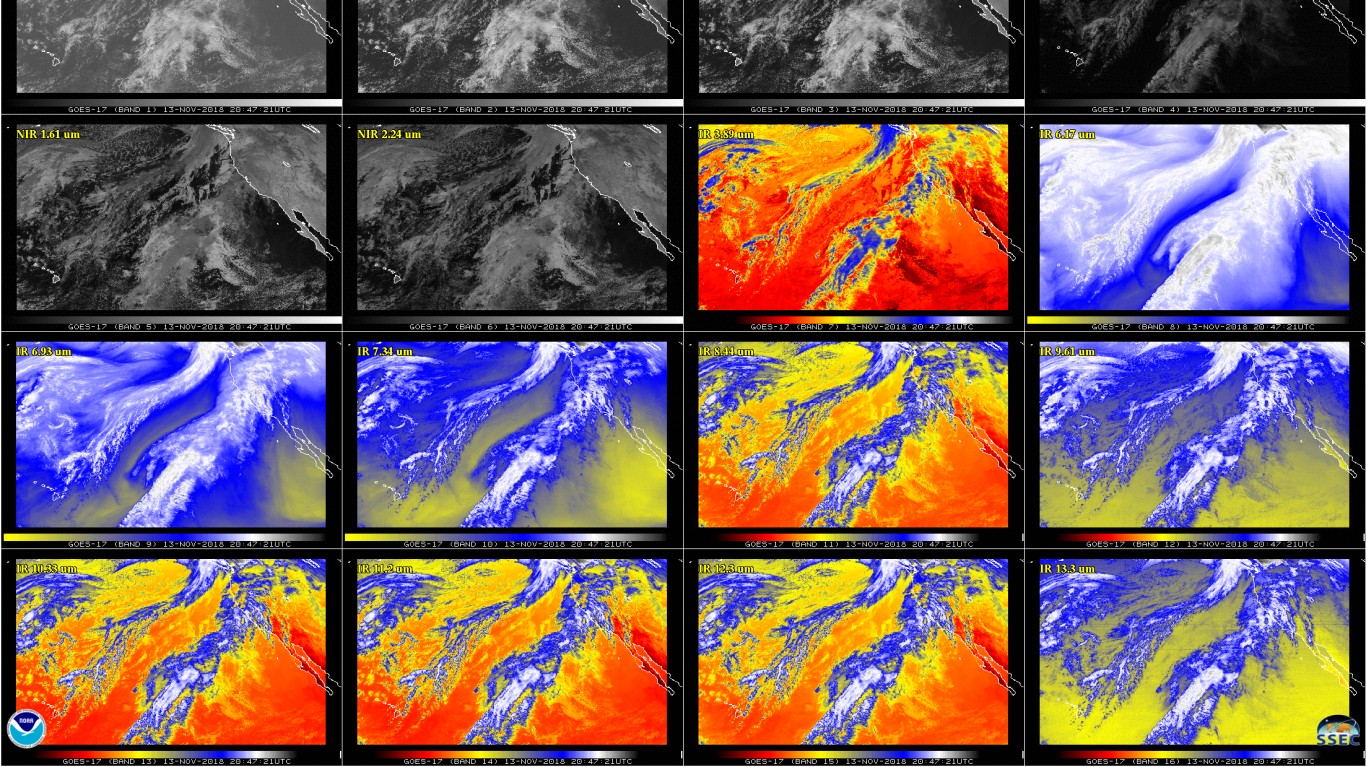 U.S. climate monitoring hit a milestone in November, when the GOES-17 satellite (launched in March) sent back its first batch of stunning high-resolution color images of Hawaii, Alaska, the Woosley wildfire in Southern California, and Earth above the Pacific Ocean from 22,000 out in space.

The geostationary satellite will become the eyes in the sky for the West Coast of the United States and is the first of its kind to cover the nation’s two non-contiguous states and much of the Pacific Ocean. GOES-17 is the second of four Lockheed Martin-built modern GOESs (Geostationary Operational Environmental Satellites) that will provide climatologists access to the latest imagery technology through 2036.

The satellites are capable of capturing infrared imagery in 16 different channels, allowing researchers to track and monitor cloud formation, atmospheric motion, land surface temperatures, fire and smoke events, convection currents, volcanic ash emissions, sea and other features. GOES-17 will be renamed GOES West once it arrives at its final destination in its assigned geostationary orbital path, which means it will remain over the same area while following the natural rotation of the Earth. GOES East was launched last November and covers much the eastern part of the United States. Many of the images of North and South Carolina in the aftermath of Hurricane Florence were provided by GOES East. 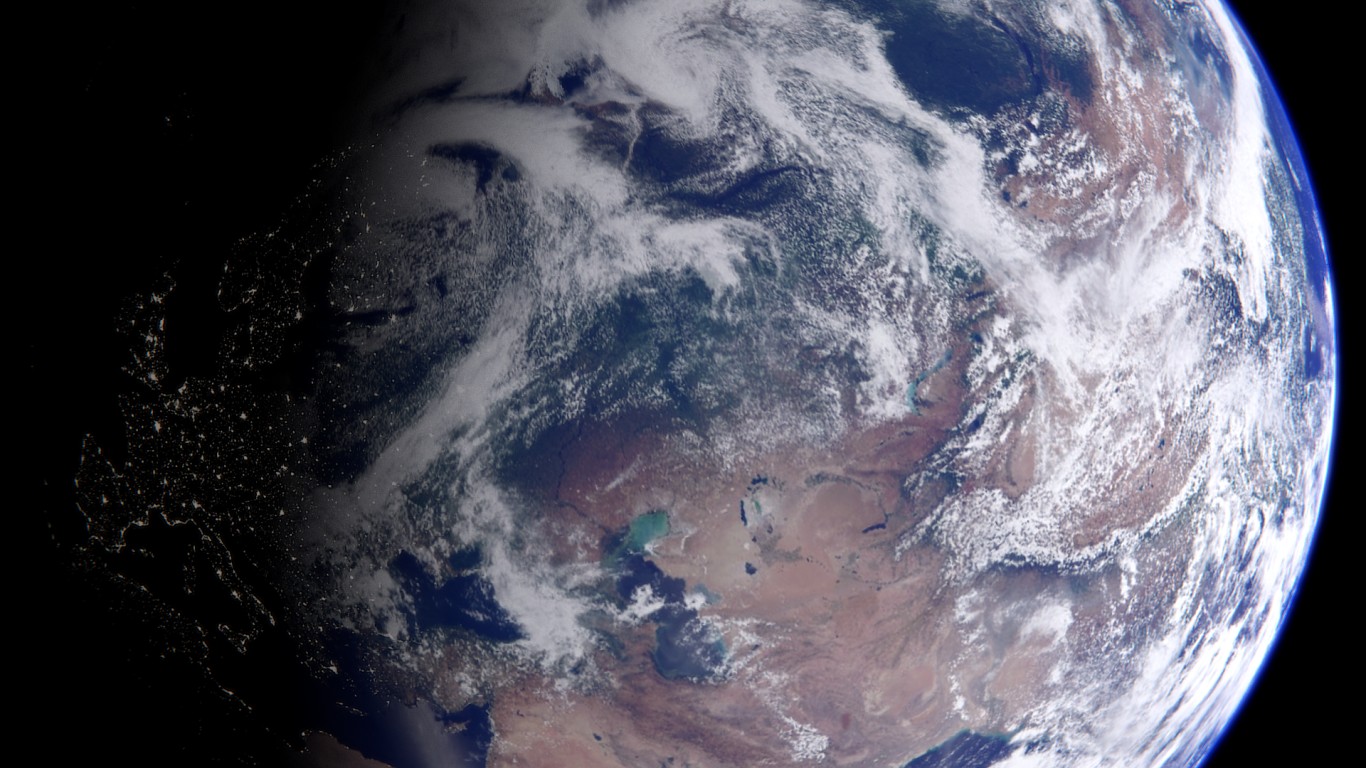 We have known for a while that the Earth is an imperfect sphere that wobbles as it rotates. The phenomenon, called “polar motion,” leads our planet’s axis to drift about 4 inches per year, or more than 11 yards (33 feet) over the course of a century. For years, scientists have attributed this imperfect rotation to the ebb and flow of glaciers. As glaciers grow and shrink through the passing of the seasons, the land below them compresses and expands from the changing mass of the ice sheets above it, altering the rotation of the Earth.

However, NASA scientist discovered this year the glacier flow is responsible for only about a third of the movement in Earth’s axis. They found that another third is the result of the movement of tectonic plates, pushed around by heat from Earth’s core. And perhaps more significantly: the melting of ice sheets is responsible for another third of Earth’s imperfect spin through the solar system. Specifically, when ice that covers land becomes ocean water it alters Earth’s mass profile.

Greenland plays an outsized role in this: as more of its ice melts into the Ocean, polar motions changes. Polar motion might not have a measurable impact on climate, at least in the short term, but it shows that human-caused global warming can have an impact on the Earth’s axis. 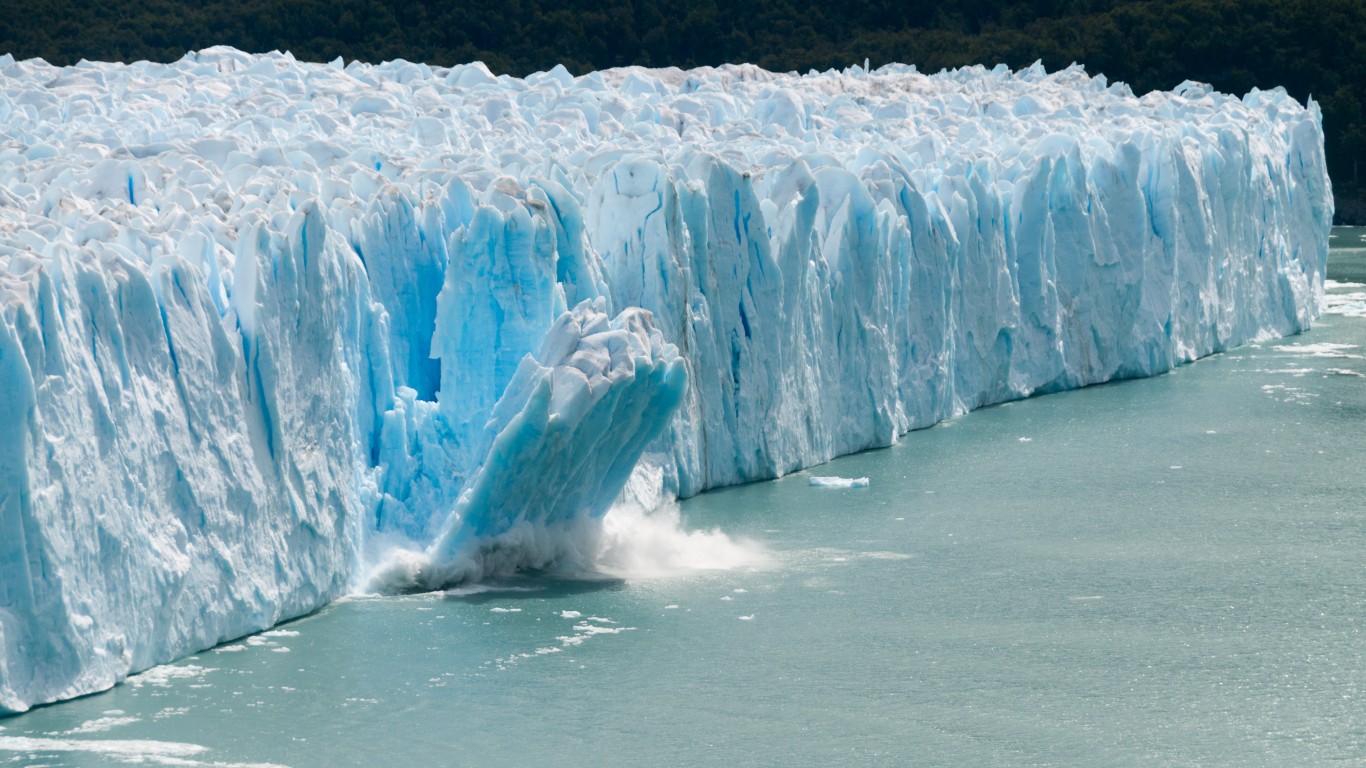 9. Global warming even worse than we thought

As if we need any more grim news about global warming: Scientists from the U.S., China, Germany, and France announced findings this year showing that global warming has advanced more than previously thought, and that the world’s oceans have absorbed more heat than anyone had estimated up to now.

Extrapolating data from 4,000 so-called Argo floats scattered throughout the world’s oceans and seas, the researchers estimated that more than 90% of the heat caused by the burning of carbon for fuel is being absorbed by the oceans, a far higher number than previously thought. Though some errors in calculations have been found, researchers say the main conclusion of the study that the world’s oceans and seas are warming faster than previously estimated remains unchanged.

The warming oceans are not only contributing to global warming and unusual weather patterns, but also increasing reef-killing acidity and literally dissolving the ocean floor, wreaking immense damage to underwater ecosystems. The findings add urgency to an already grim outlook about Earth’s climate in the coming decades. 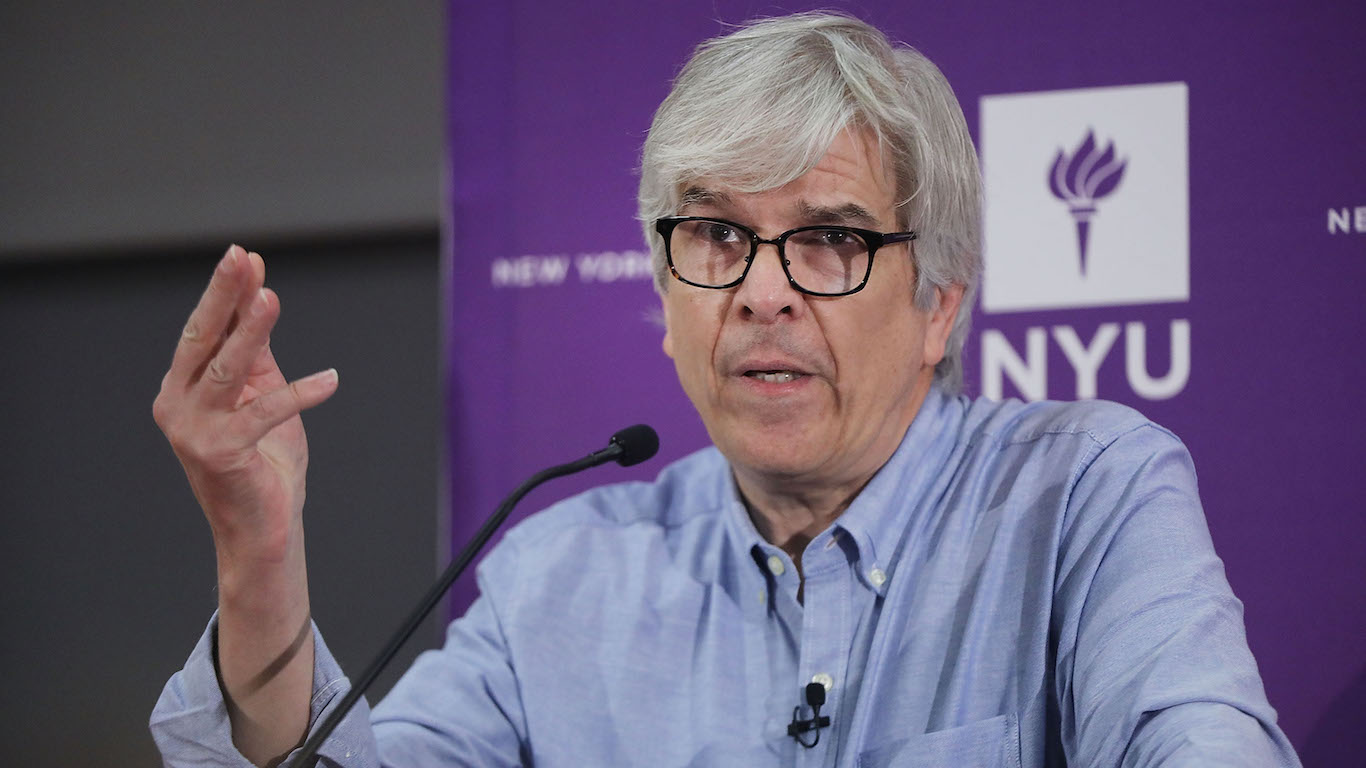 10. Nobel in economics for work on climate change and tech innovation

As the threat of global warming increases so too does the need to study the economic impact of global warming. In October, U.S. economists William Nordhaus and Paul Romer won the 2018 Nobel Prize in Economic Sciences for their work “integrating climate change into long-run macroeconomic analysis.”

Specifically, the two focused, separately, on how to factor nature’s effect on technological innovation. Romer has focused on how ideas require specific market conditions to be turned into innovation; his theory has influenced public policy as it pertains to encouraging innovations.

Nordhaus’ findings have focused on the interactions between society and nature, and his model has been widely used to examine the consequences of climate-related public policies, such as the economic impact of carbon taxation. The work of Romer and Nordhaus has provided tools for examining the impact of regulations on developing methods to fight global warming.