Species That May Have Gone Extinct This Year

As the worldwide human population grows, the wildlife population inevitably suffers. Humans negatively impact wildlife — from plants to amphibians to mammals — in a variety of ways whether by habitat encroachment or destruction, pollution of air, land, and sea, or overfishing and hunting.

Over 26,500 species are threatened with extinction, according to nature conservation, research, and advocacy group International Union for Conservation of Nature. To put this number into perspective, that is more than 27% of all species assessed by the IUCN.

24/7 Wall St. reviewed the 2017-2018 “Species Changing” list the IUCN compiled to identify the species that may have gone extinct this year or that are on the brink of extinction.

There was only one species that the IUCN determined to have become extinct this year. On our list, we featured this species as well as two others that are considered critically endangered and possibly extinct or possibly extinct in the wild.

Native to the Aldabra coral atoll in the east African Seychelles Islands, the snail had been declared extinct in 2007, having not been seen on the islands since 1997. In 2014, seven of the purple-and-pink striped snails reappeared. Despite their reemergence, the IUCN did not change the snail’s status from extinct to critically endangered until this year. The species lives on one of the largest raised coral atolls on the planet, and so the rising sea level and frequent drought conditions continue to threaten its habitat.

It is worth emphasizing that for our list, we only assessed species whose endangered status changed. For example, as of May 2018, the North Atlantic right whale or Eubalaena glacialis was said to be on the brink of extinction. Reduced largely by ships, nets, and climate change, the whale that can live up to 200 years old is projected to be extinct in 22 years. Only 430 remain, 100 of which are females. The limited gene pool has left the species unsustainable. Despite the reduction in its population, it’s status did not change on the IUCN Red List, however, that doesn’t mean it’s not of great concern.

24/7 Wall St. reviewed the 2017-2018 “Species Changing” list compiled by the International Union for Conservation of Nature to identify the species that may have gone extinct this year or that are on the brink of extinction. As of 2018, 17 species were considered at least endangered, 13 of which were considered both critically endangered and possibly extinct. Only one species’ status changed to extinct this year. We chose to feature three species for this article, each of which are considered at least critically endangered and possibly extinct. 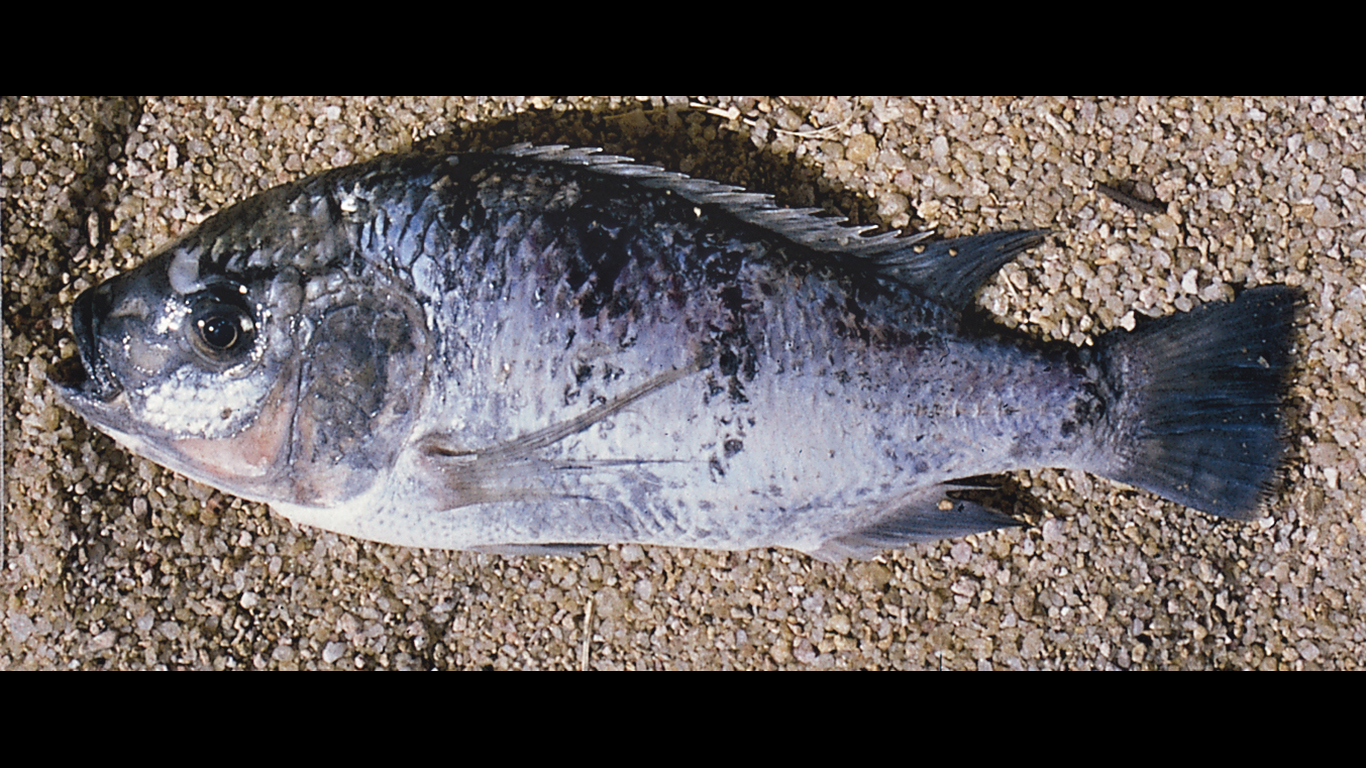 Scientifically known as the oreochromis lidole, the fish used to be a valuable food to the people in the east African country of Malawi. Lake Malawi is one of the deepest lakes in the world and is believed to be home to the largest number of freshwater fish species, including the Chambo, a type of Tilapia. Or at least, it used to be the fish’s habitat. The IUCN estimated that the species’ population had decreased by over 70% from 1994 to 2004. The predominant cause is likely overfishing as Malawi natives depend on the lake’s fish as a source of protein. 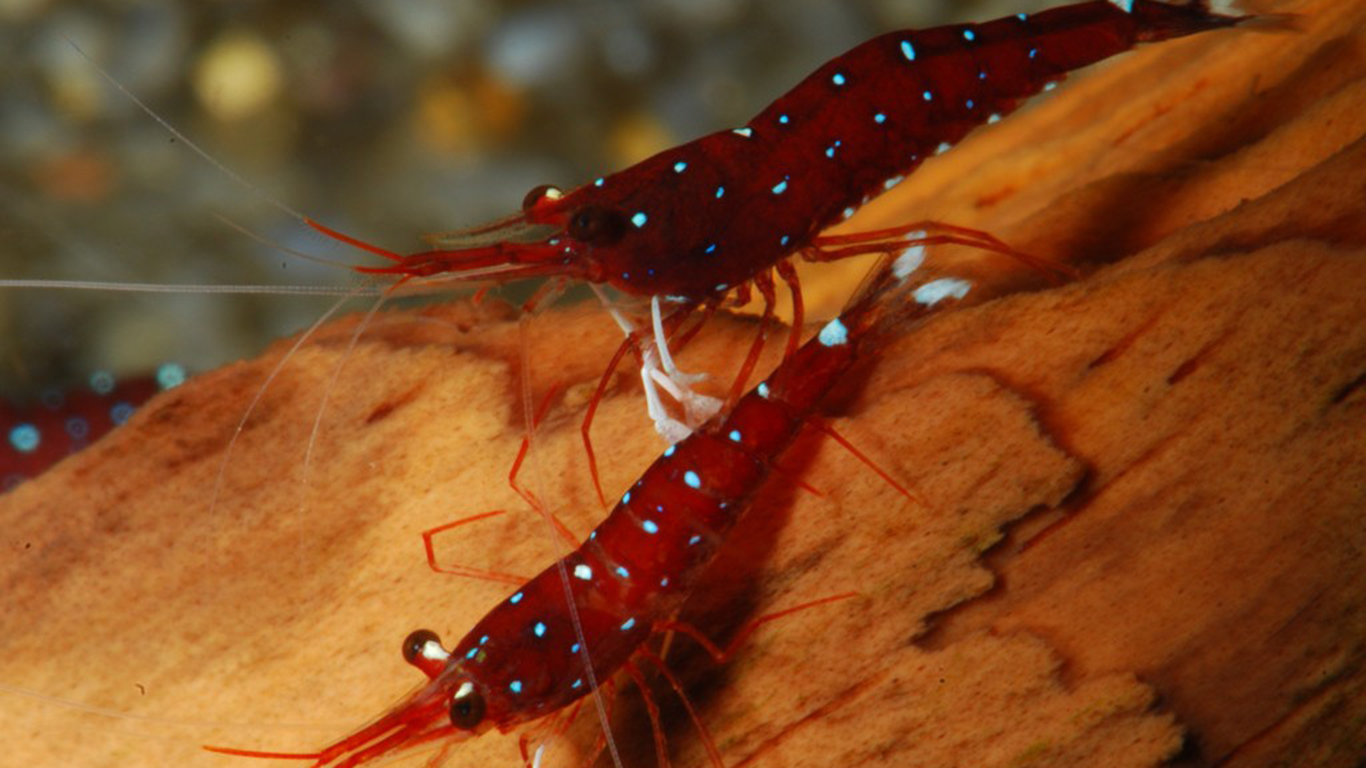 The Sulawesi Cardinal shrimp is native to Lake Matano on the Sulawesi island in Indonesia. The formerly endangered species now falls under the category of critically endangered species that are possibly extinct in the wild. This classification simply means the species is only documented as surviving under human care, not in its native habitat.

The freshwater shrimp has a distinctive appearance — a deep, red-colored shell with rows of white spots coating the lining of its back and sides. It is possible that the way climate change has impacted ocean temperatures also affected the species. The Sulawesi Cardinal shrimp thrive in warm temperatures and a very stable environment. Frequent harvesting of the shrimp for aquarium trade may also explain its near extinct status. 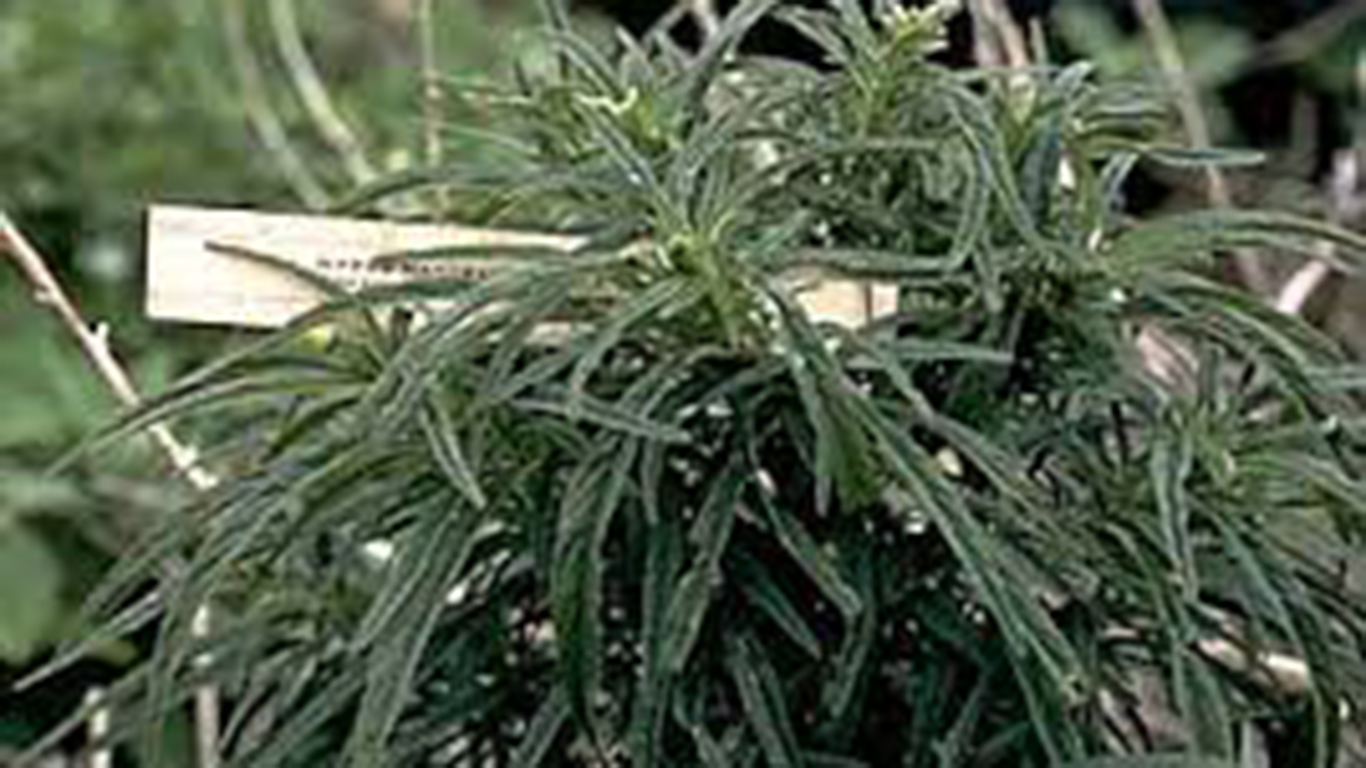 The Amaranthus brownii plant was declared extinct this year, the only species to have made the switch from critically endangered to extinct. The plant is native to the Northwestern Hawaiian Island of Nihoa and is a member of the amaranth family. In 1923, the plant was abundant on the island, but by 1996, it was listed as an endangered species.

The plant grew in shallow soil and rocky outcrops, with a growing season that lasted from December to June or July. According to “Beacham’s Guide to the Endangered Species of North America” from the year 2000, the species was vulnerable due to both pigweed, an invasive species, and by natural processes. By the year 2000, the species only had four colonies with few dozen individuals in each, further endangering the species’ reproductive abilities.