Most Important Trump Events in Second Year of His Presidency

Trump announces that the United States is pulling out of the nuclear deal with Iran, despite opposition from America’s allies. The president had campaigned against the accord. The agreement, negotiated by the Obama administration, had lifted economic sanctions against Iran in exchange for Iran agreeing to limits on its nuclear program.

In a historic first, Trump meets with North Korean Supreme Leader Kim Jong Un in a summit in Singapore and they vow to work toward denuclearizing the Korean Peninsula. The two plan to meet again in 2019.

The administration’s enforcement of its “zero-tolerance” policy on illegal border crossings from Mexico leads to the separation of children from adults and causes a political firestorm.

Justice Anthony Kennedy announces that he would retire from the Supreme Court, creating an opportunity for Trump to nominate a conservative to fill the vacancy and tilt the court in a more conservative direction for possibly decades. 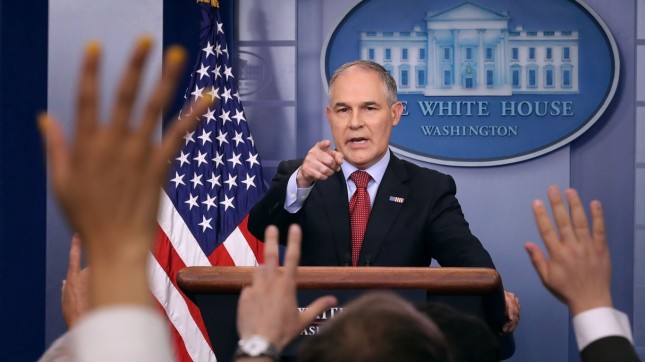 Scott Pruitt resigns as head of the Environmental Protection Agency amid questions raised by lawmakers and government watchdogs over possible ethical transgressions, including Pruitt’s alleged costly traveling first class and a room he rented to a lobbyist at relatively low price.