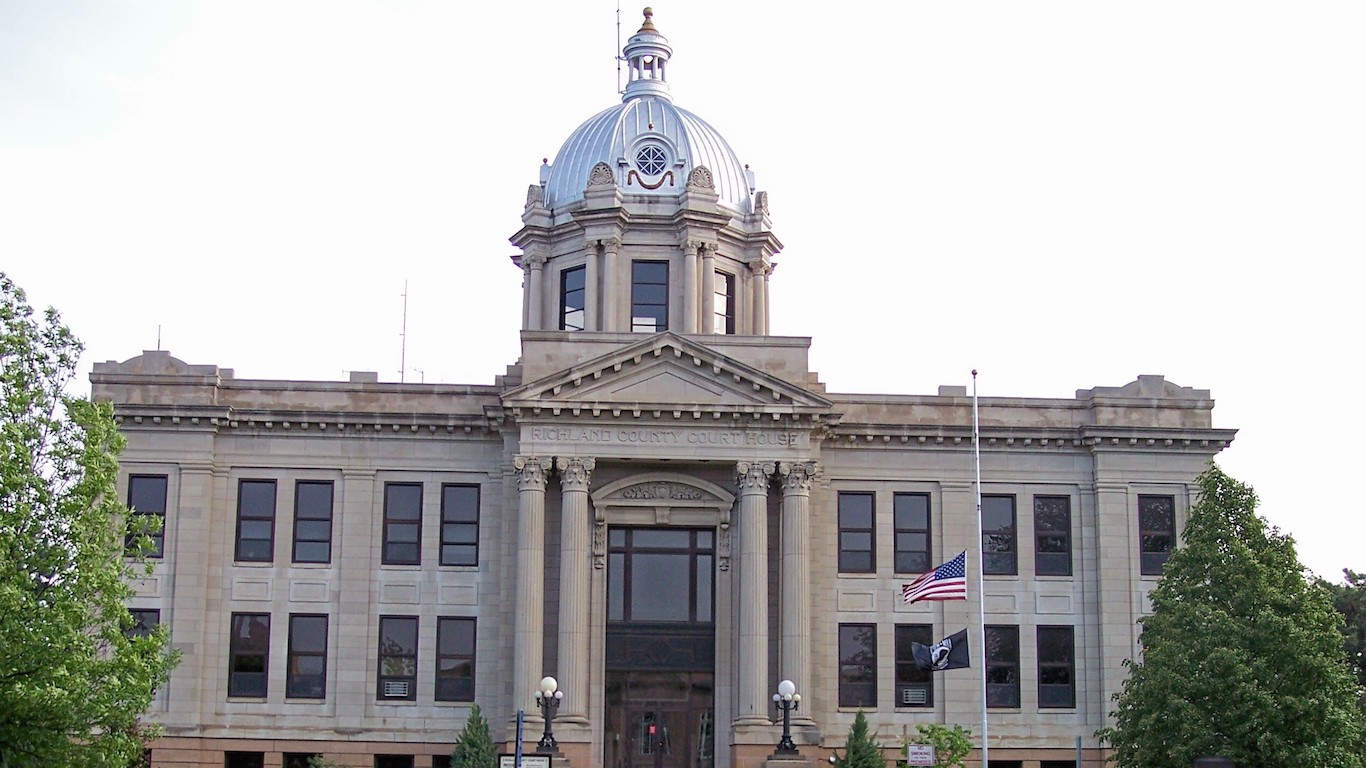 With just 11,405 residents, Richland County has the smallest population of any county that ranked as the wealthiest in its state. Unlike most of the other wealthiest counties in their state, Richland has a significantly lower college degree attainment rate. Less than 20% of area adults finished college, compared to more than 30% of Montana adults overall.

Typically, places with a better-educated population have higher incomes, as a greater share of the population works in specialized and better-paying jobs. Yet Richland County residents have been able to find good paying jobs in part because of their proximity to North Dakota and jobs in the Bakken Shale during the oil boom there. Some 17.9% of county workers are employed in the agriculture, fishing, hunting or mining sector, more than nine times the national share of workers. 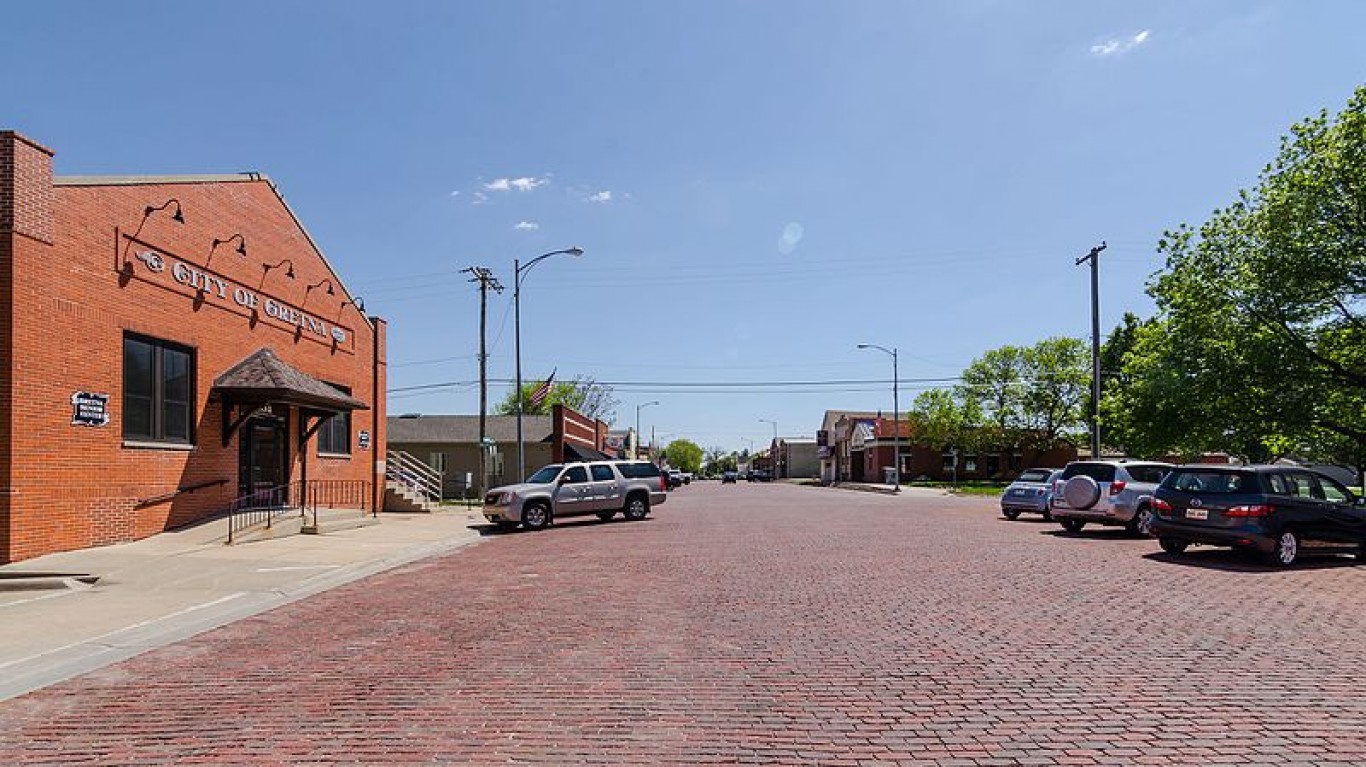 The typical household in Sarpy County, Nebraska earns $75,752 a year, the most of any county in the state. Several large employers like Northrop Grumman, PayPal, and Hillcrest Health Systems have operations in Sarpy County. This abundance of skilled professions in the area may explain why the county’s college degree attainment rate is so much higher than the state’s rate. Statewide, 30.6% of adults have a bachelor’s degree. In Sarpy County, 39.5% of adults do. 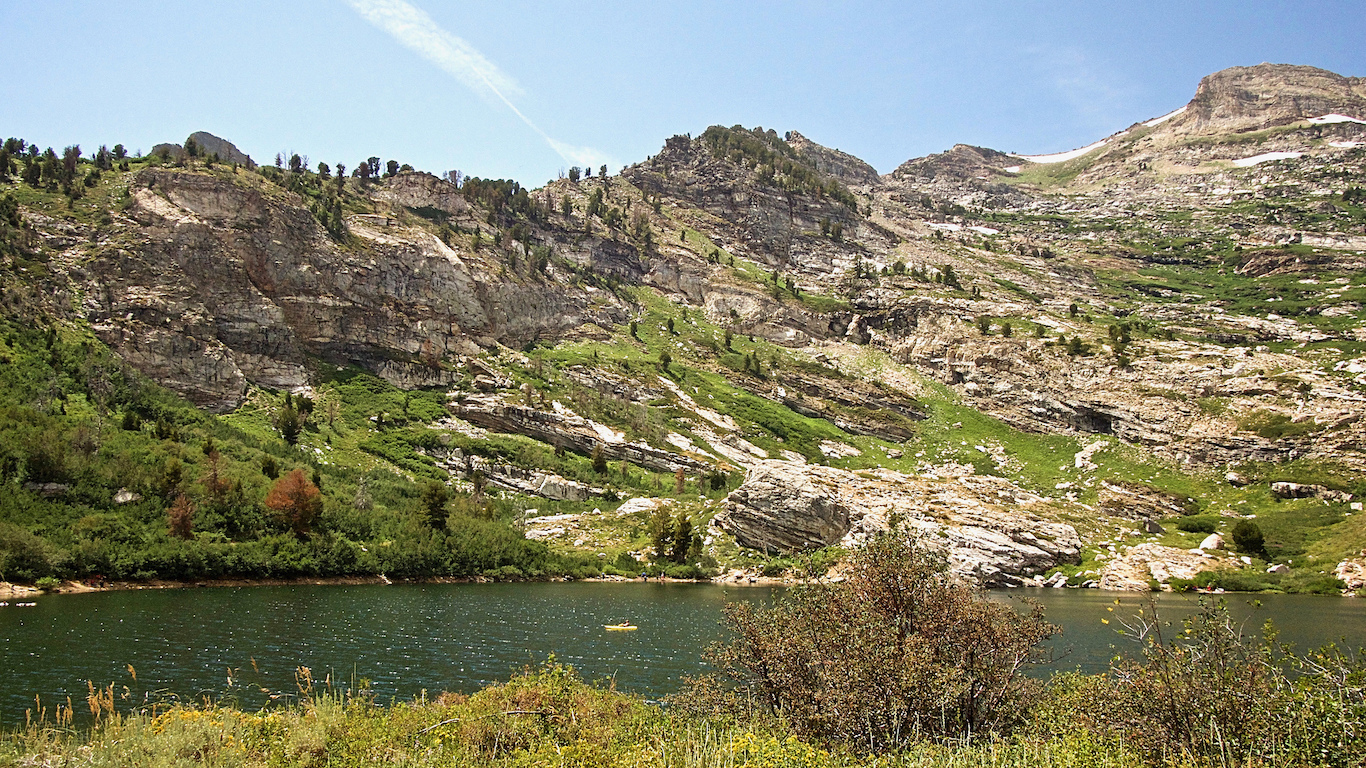 Elko County is located in the northeastern corner of Nevada along the state borders of Idaho and Utah. The typical household in Elko earns more than $76,000 a year â almost $21,000 more than the state’s median household income.

The wealthiest county in most states is home to a higher than typical concentration of college-educated adults. Yet in Elko County, just 17.7% of adults have a bachelor’s degree or higher, 6.0 percentage points lower than the state’s college degree attainment rate. This may be due to the fact that a large share of area workers are employed in mining, an industry that often does not require an advanced education and can pay well. Less than 2% of American workers are employed in the agriculture, fishing, hunting, and mining industry, compared to 27.5% in Elko. 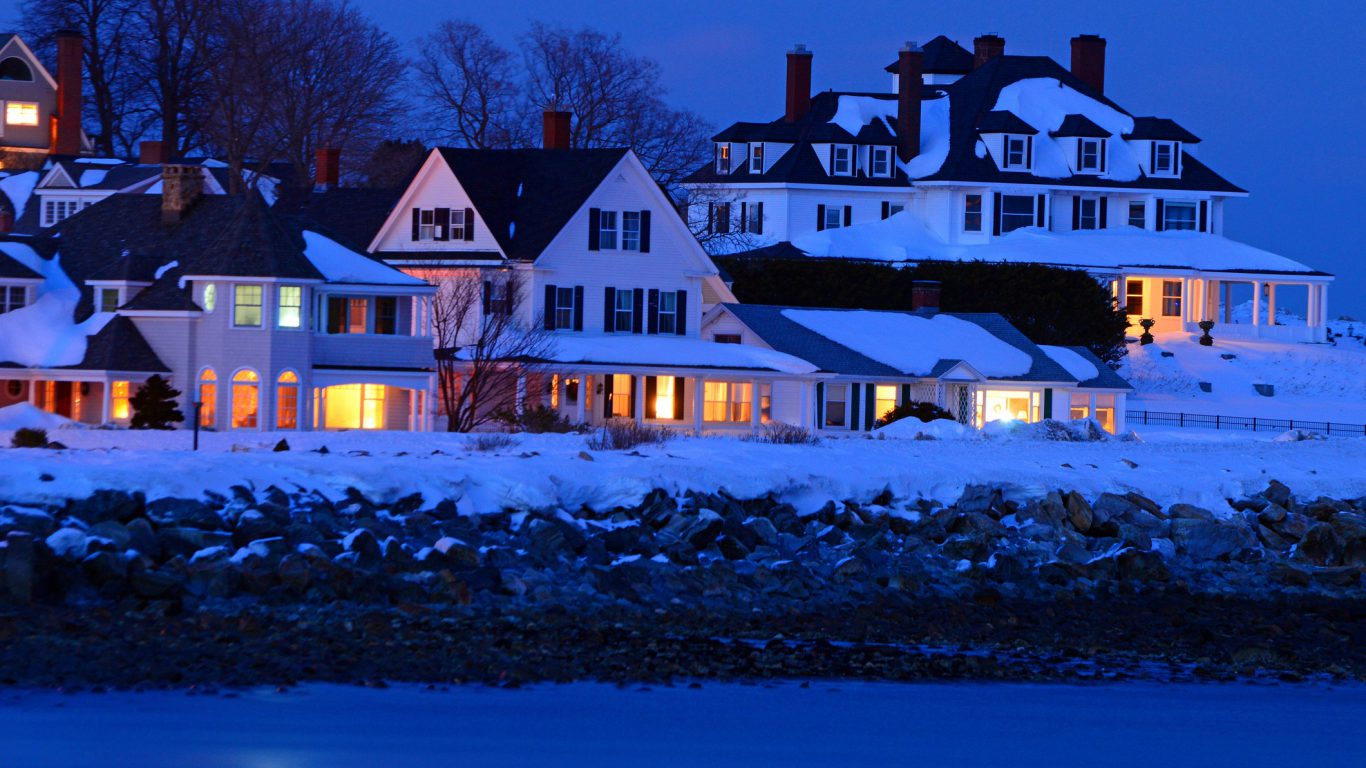 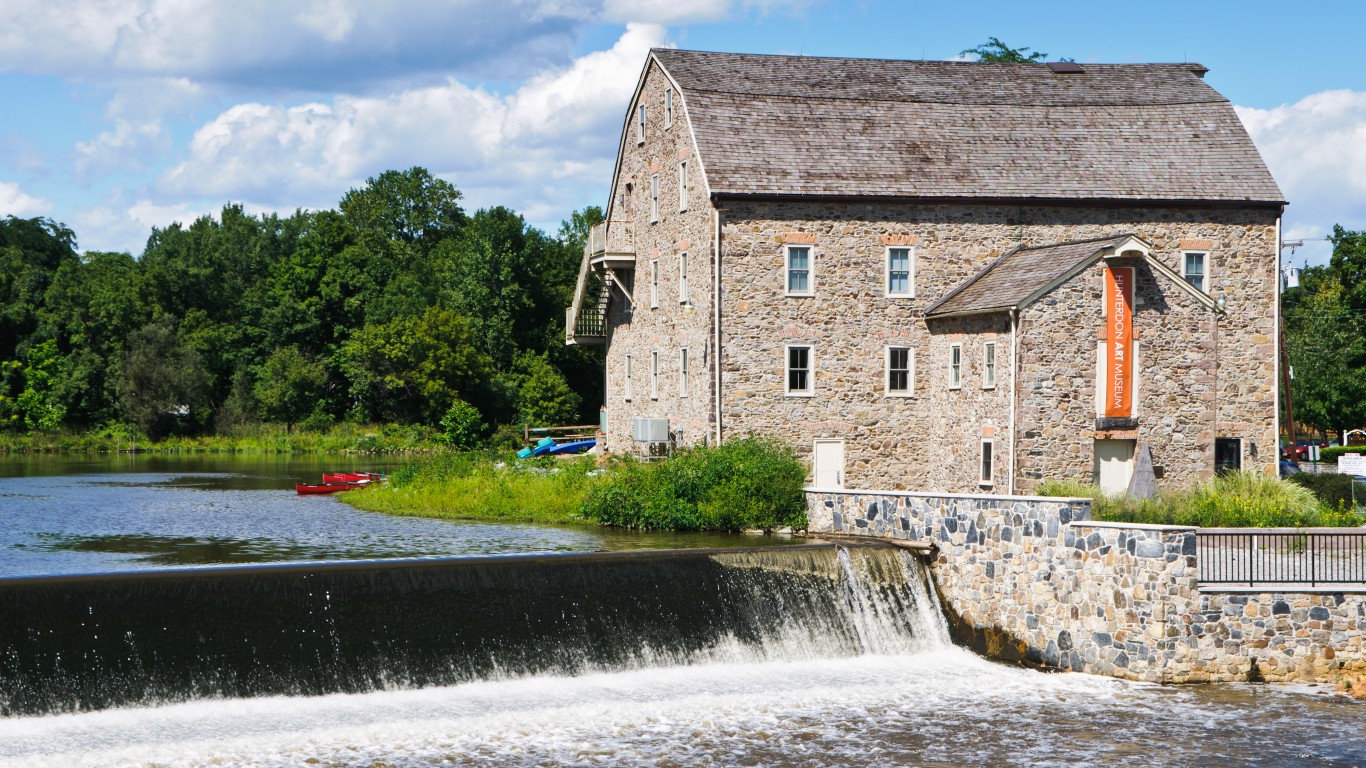 Hunterdon County is located in western New Jersey along the Pennsylvania state border, just north of Trenton. In Hunterdon, incomes are high and poverty is scarce. The typical household earns $110,969 a year, nearly double what the typical American household earns in a year. Additionally, just 4.5% of area residents live below the poverty line, less than a third of the 14.6% national poverty rate.

Across broad populations, incomes tend to rise with educational attainment. In Hunterdon County, over half of adults have a bachelor’s degree. Nationwide, fewer than one in three adults have a four-year college degree.