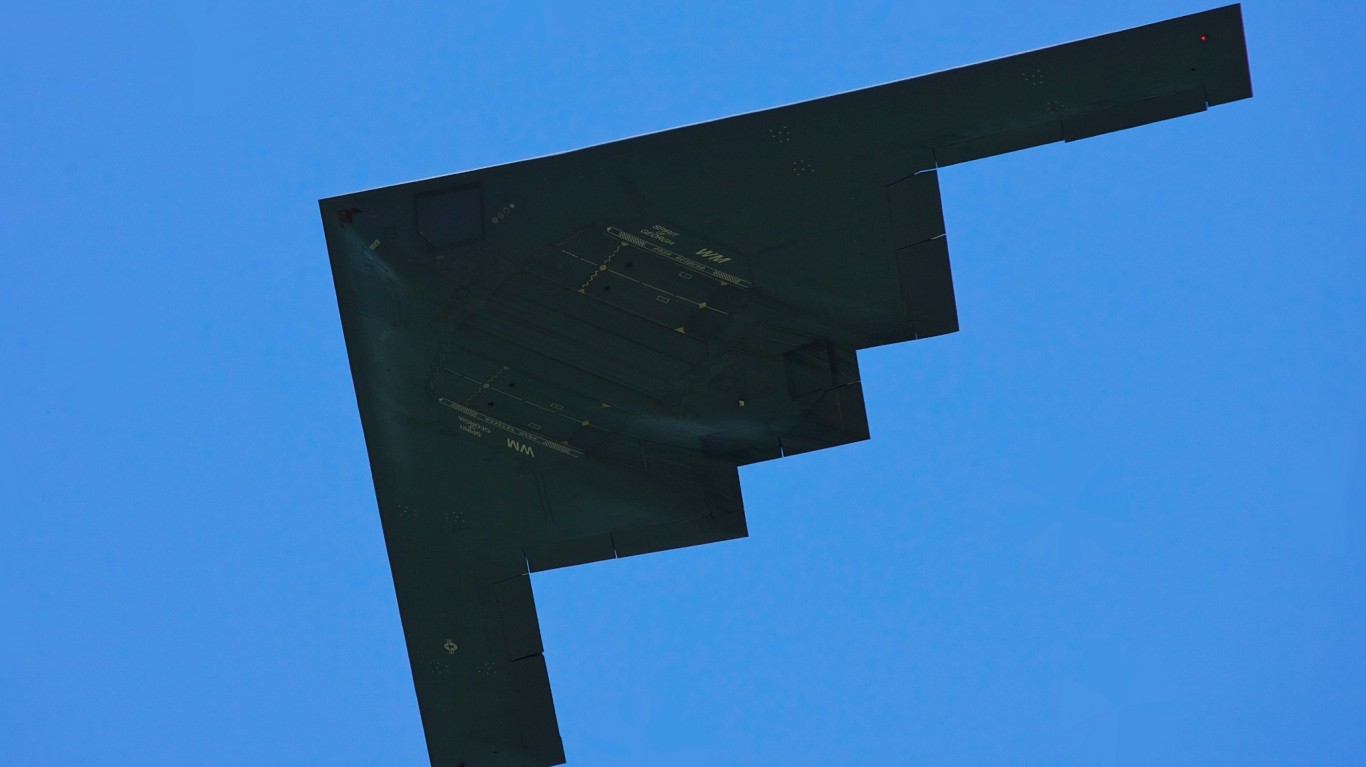 The company now known as Northrop Grumman was founded in Hawthorne, California, in 1939. The company built its first aircraft, the N-3PB patrol bomber, for the Norwegian Air Force in 1940, and it has since expanded into four primary business sectors: aerospace systems, innovation systems, mission systems, and technology services. Northrop Grumman pioneered the Flying Wing concept — an aircraft with no tail or definitive fuselage in which most of the crew, payload, and equipment is situated in the main wing structure — and incorporated the technology in its B-2 stealth bomber line.According to SIPRI, Northrop Grumman made $22.4 billion in arms sales in 2017, the fourth most of any company in the United States and the fifth most of any company worldwide. Some of the major contracts won by Northrop Grumman in 2017 include a $750 million deal to provide maintenance services for the U.S. Army’s Special Electronic Mission Aircraft fleet and a $265 million deal to provide maintenance and logistics support for the U.S. Air Force’s Battlefield Airborne Communications Node system. 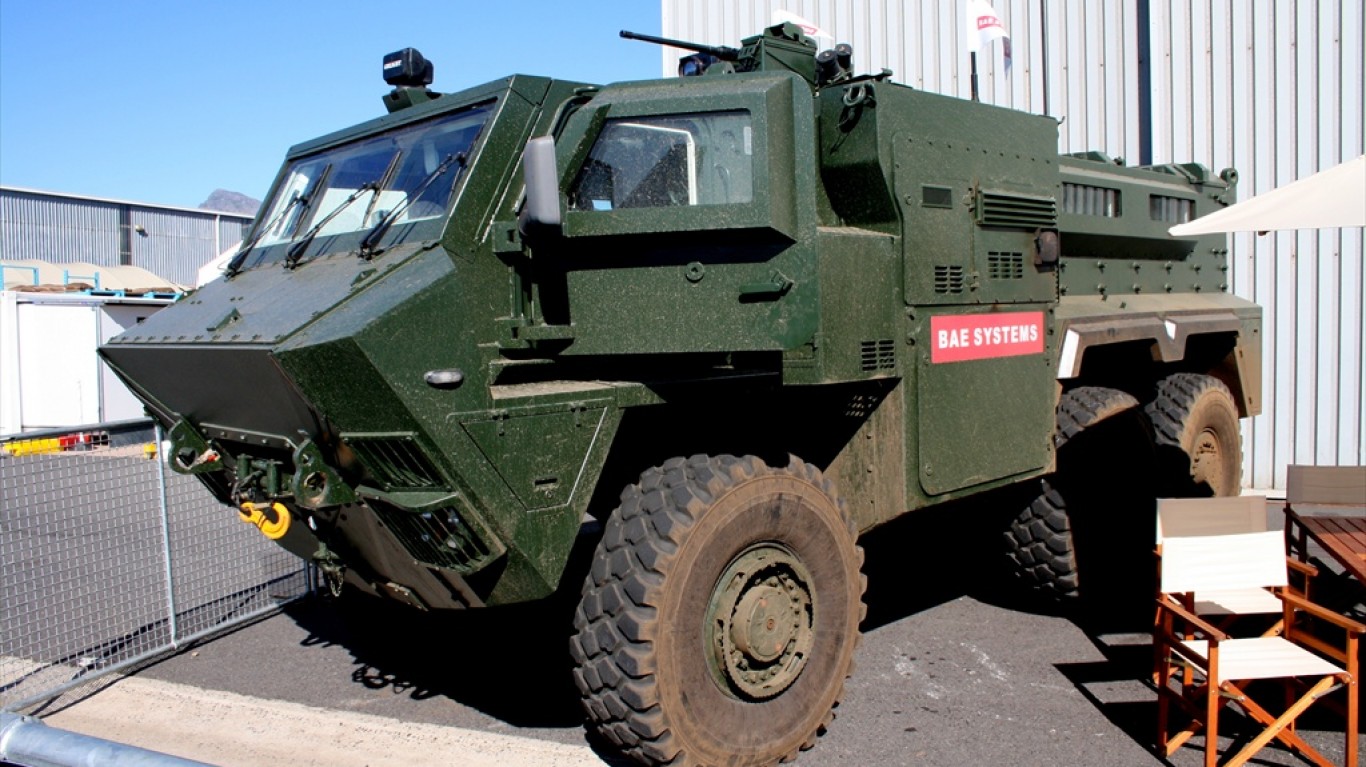 BAE Systems is the largest defense contractor based in the United Kingdom, and the fourth largest in the world. The company builds ground combat vehicles — including the Challenger 2, the main battle tank for both the British Army and Royal Army of Oman — for different situations and clients. The company is also in the early years of a decade-long contract with the U.K.’s Royal Air Force to support its fleet of Typhoon fighter jets, and it is assisting in the continued development of the F-35 fighter jet in a partnership with U.S. companies Northrop Grumman and Lockheed Martin.

While many other companies on this list also have a lucrative deals with private and commercial clients, 98% of BAE Systems’ 2017 revenue came from arms deals. 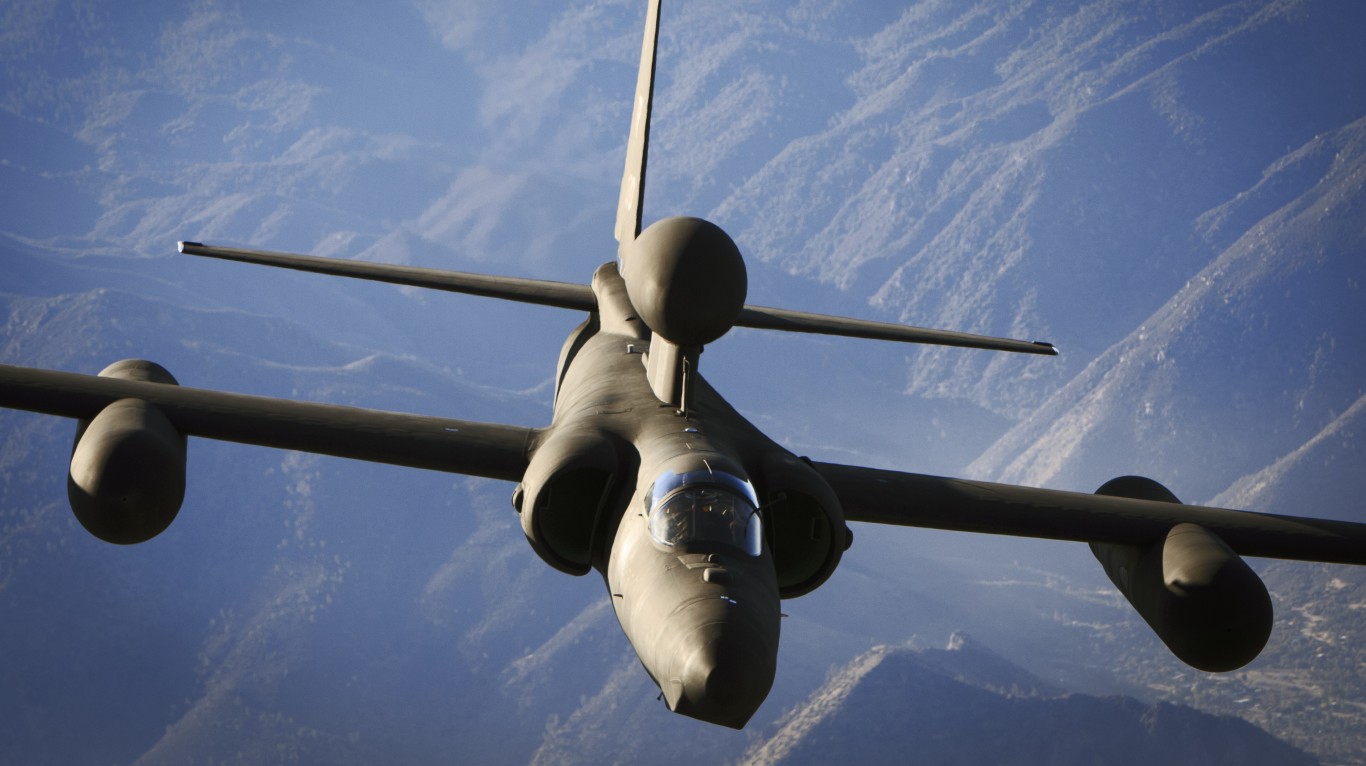 The third largest defense contractor in the world, Raytheon is a missile defense and long-range precision weapons maker headquartered in Waltham, Massachusetts. Through customers in over 80 countries, the company reported $25.3 billion in revenue in 2017, 94% of which came from arms sales and defense contracts. The United States and many of its allies rely on the company’s radars and ballistic missile interceptors as part of their defense strategy. Raytheon also makes a wide range of air-to-surface, surface-to-air, air-to-air, and surface-to-surface precision guided missiles, in addition to bombs, torpedoes, and tactical small-arms sights.