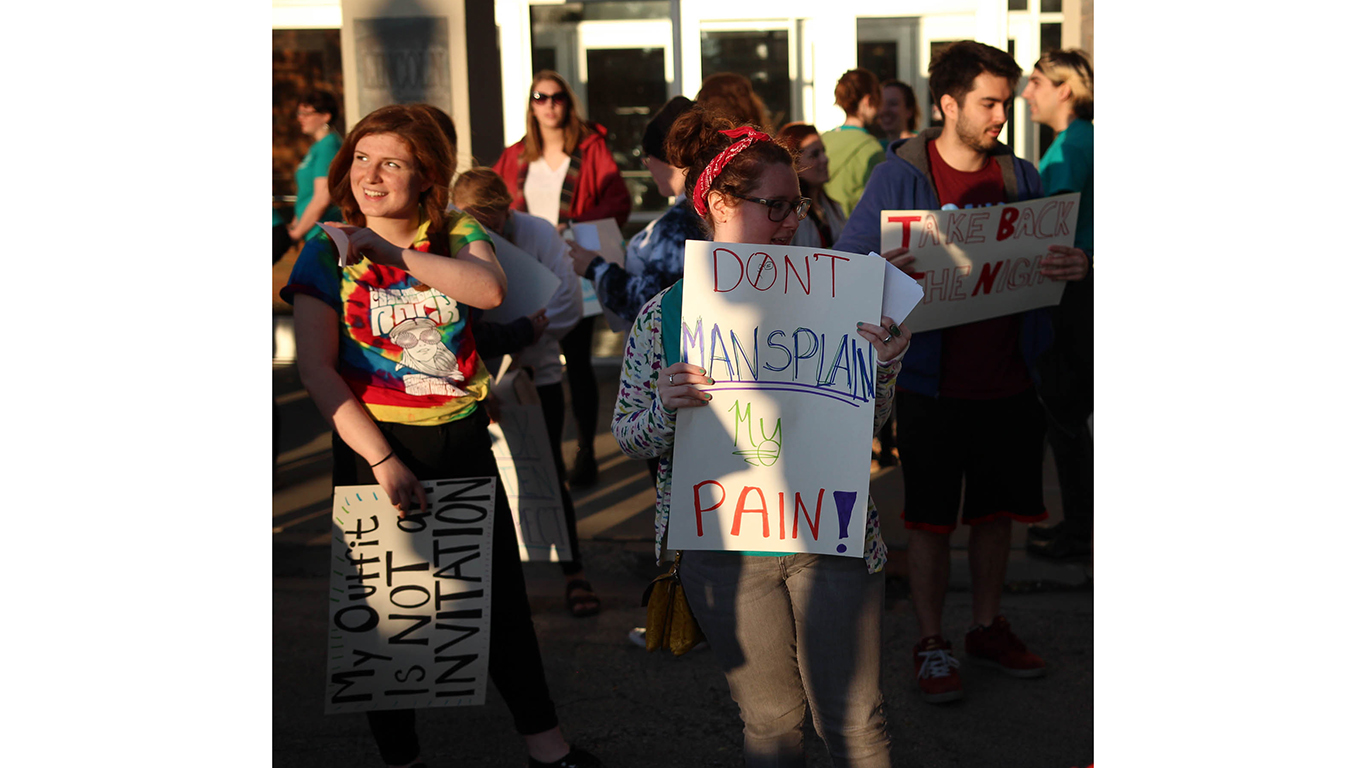 Take Back the Night, 1970s, Nationwide

Take Back the Night began in the 1970s as the first worldwide movement to fight against sexual violence and violence against women. Several rallies and marches of note took place during the decade: In 1972, at the University of Southern Florida, there was a march for campus resources and safety for women. In 1973, San Francisco residents protested violent “snuff” pornography films, and in 1975 a march in Philadelphia was held in response to the murder of a young microbiologist named Susan Alexander Speeth, who was stabbed just blocks from her home.

The Take Back the Night Foundation was founded in 2001 to “form a hub for information sharing, resources and support for both survivors and event holders,” and has welcomed an additional 300 event holders in the last decade. 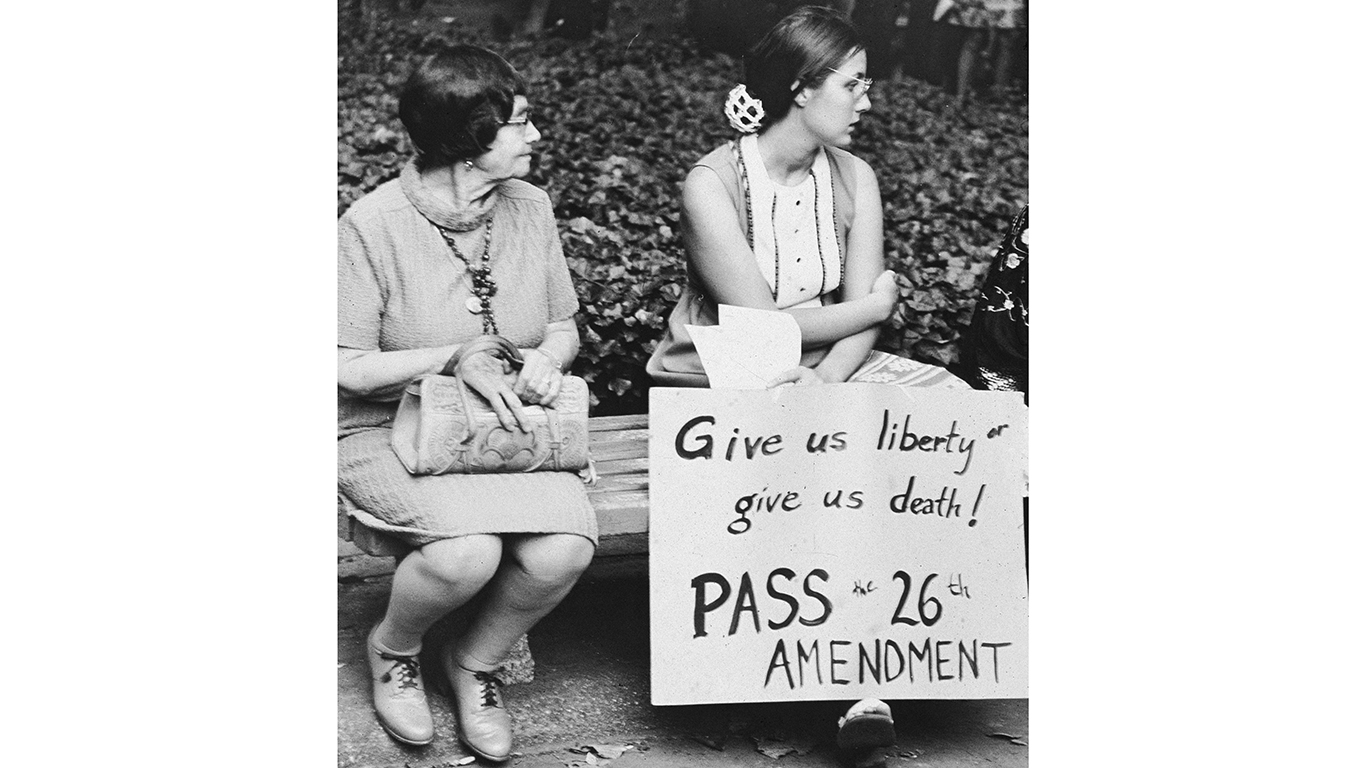 The Equal Rights Amendment (ERA), which guaranteed women the same rights as men, was passed by Congress in 1972, and initially had seven years to be ratified by 38 states. A few states, including Illinois, were resistant to the amendment, however. In May, 1976, the National Organization for Women (NOW) began to rally for its ratification by bringing 16,000 supporters to Springfield, Illinois.

In August 1977, 4,000 women and men marched on Washington to demand that President Jimmy Carter step up efforts to get the amendment passed. Several days later the first of five annual ERA walk-a-thons raised more than $1.7 million. Another march on Washington followed in July, 1978, organized by NOW, in a successful bid to extend the time limit on ratifying the ERA. Despite the new 1982 time limit, only 35 states out of the 38 needed ratified the ERA, and today there is still no constitutional amendment guaranteeing equal rights.