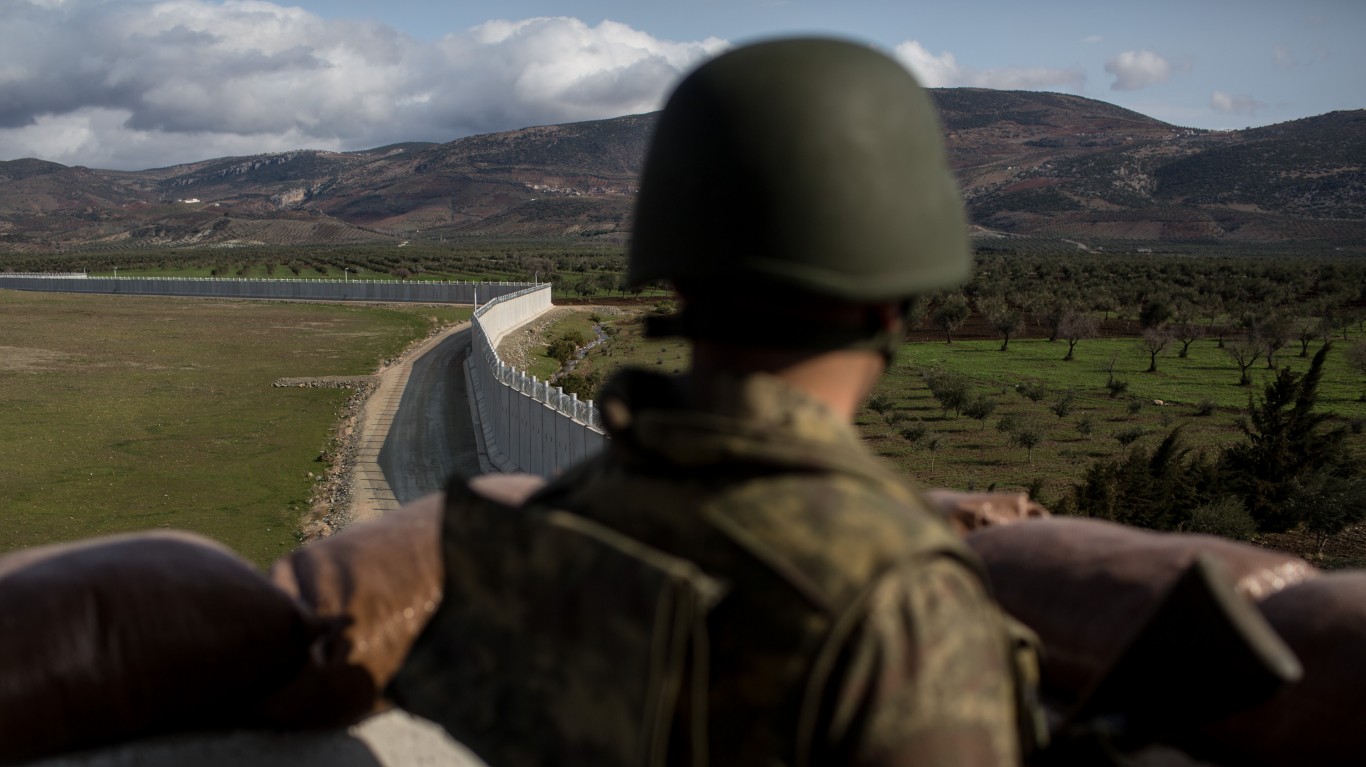 A NATO member since 1952, Turkey is one of the biggest military spenders in the world, spending $19 billion on its military in 2018. With over 500,000 armed personnel as of 2017, Turkey has the second largest standing military in NATO after the United States. Turkey’s military spending in 2018 represents a 65% increase over a 10-year period, one of the largest increases among the world’s top military spenders. NATO has suggested Turkey no longer be sold the F-35 Lightning as long as it continues to plan to purchase a Russian air-defense system because the system could help Russia learn more about the American-made jet’s vulnerabilities. 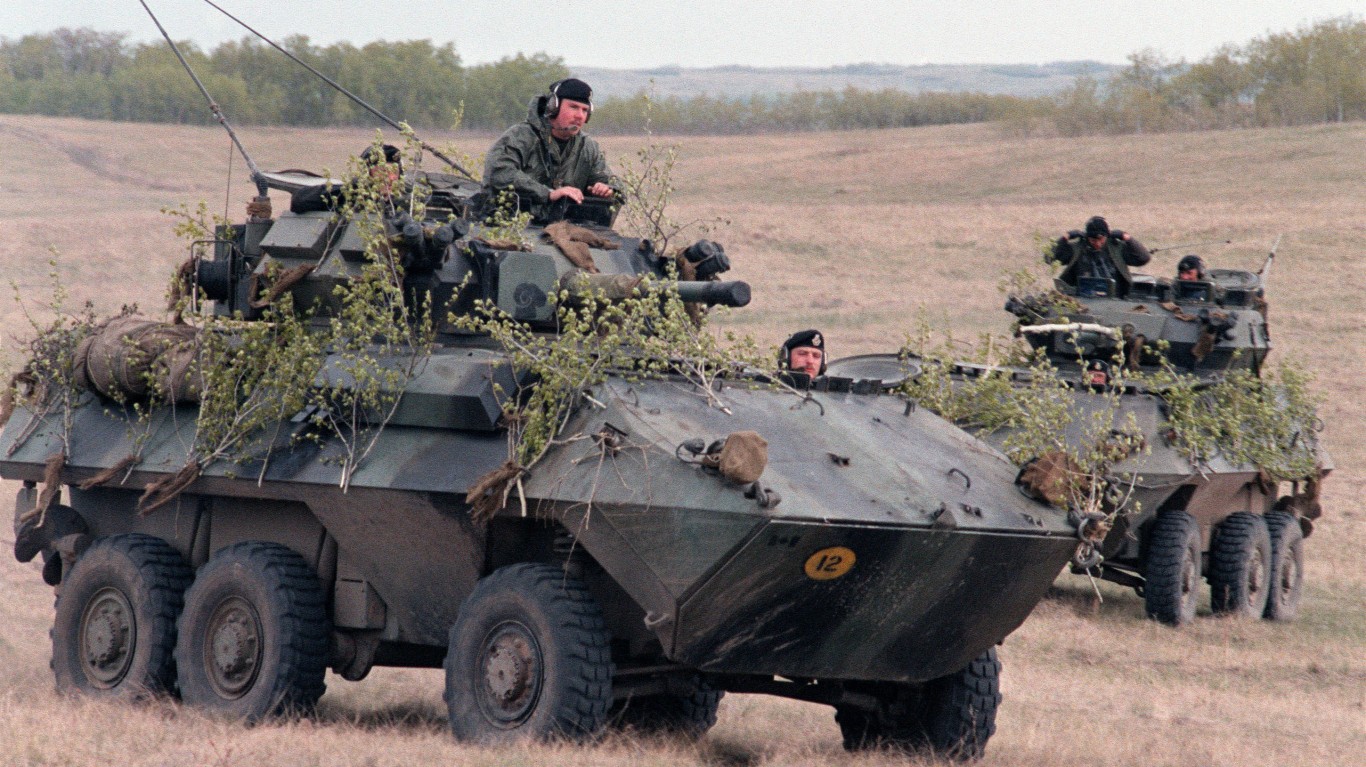 Canada spent $21.6 billion on its military in 2018, the 14th most in the world. The country’s 2018 expenditure was slightly more than in 2017 and 12% more than a decade ago. Still, Canada’s military expenditure accounts for a relatively low percentage of the nation’s GDP at just 1.3%. This percentage is lower than the vast majority of the countries spending the most on the military. In the United States, for example, military spending accounts for 3.2% of GDP. 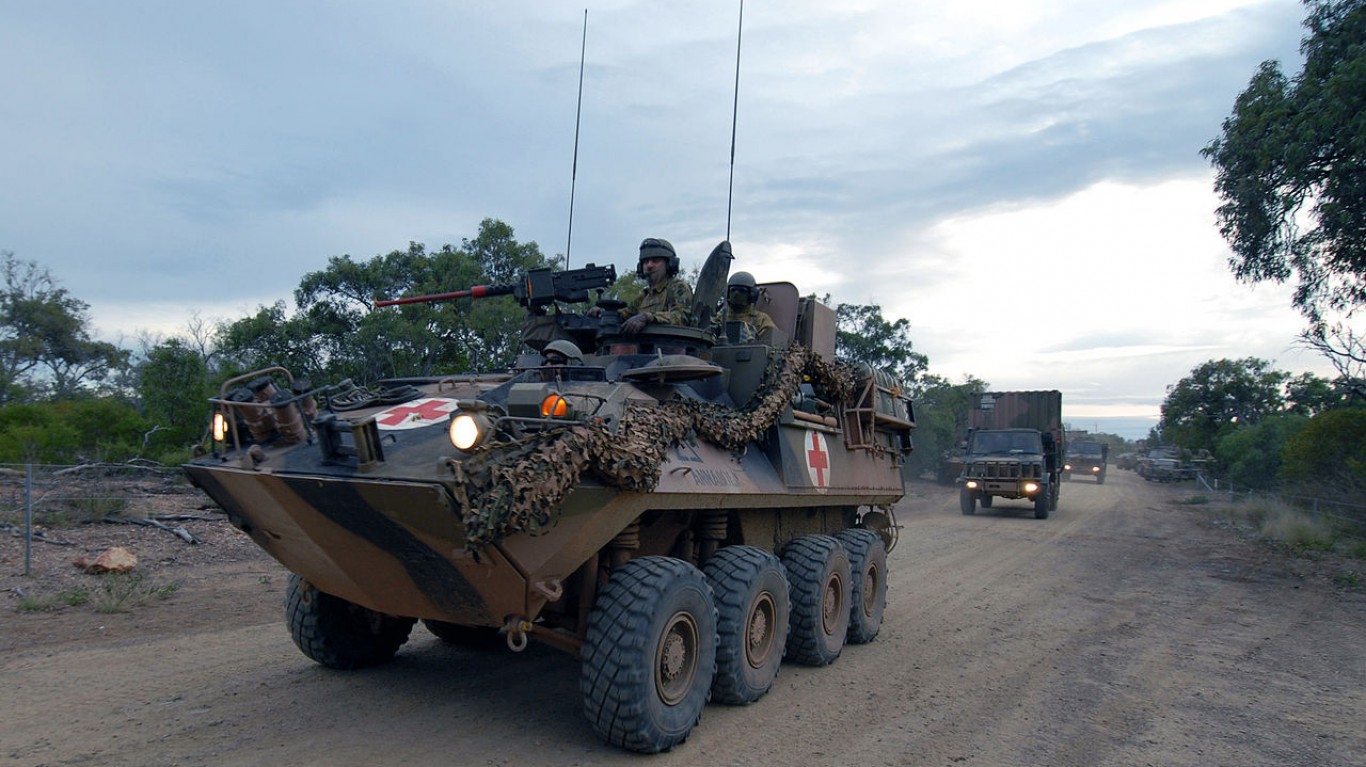 Citing disputes in the South China Sea and a rise in terrorism in Europe, Australian leaders have opted to build up the nation’s military. Total military spending in Australia has increased 21% over the past decade. In 2018, Australia had one of the highest per-capita military expenditure among major military powers, at $1,085 per person. Of the 15 nations with the largest military budgets, only the United States and Saudi Arabia spend more on their armed forces per person than Australia. 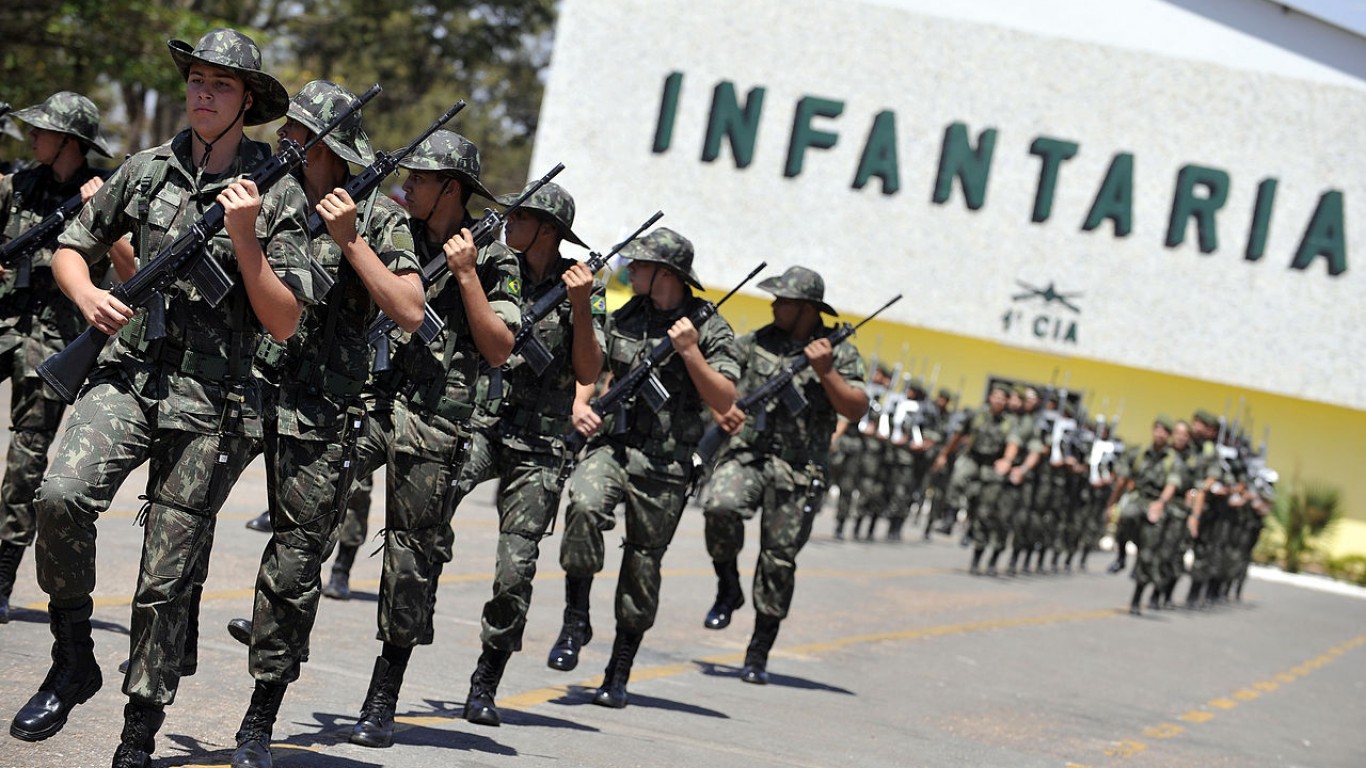 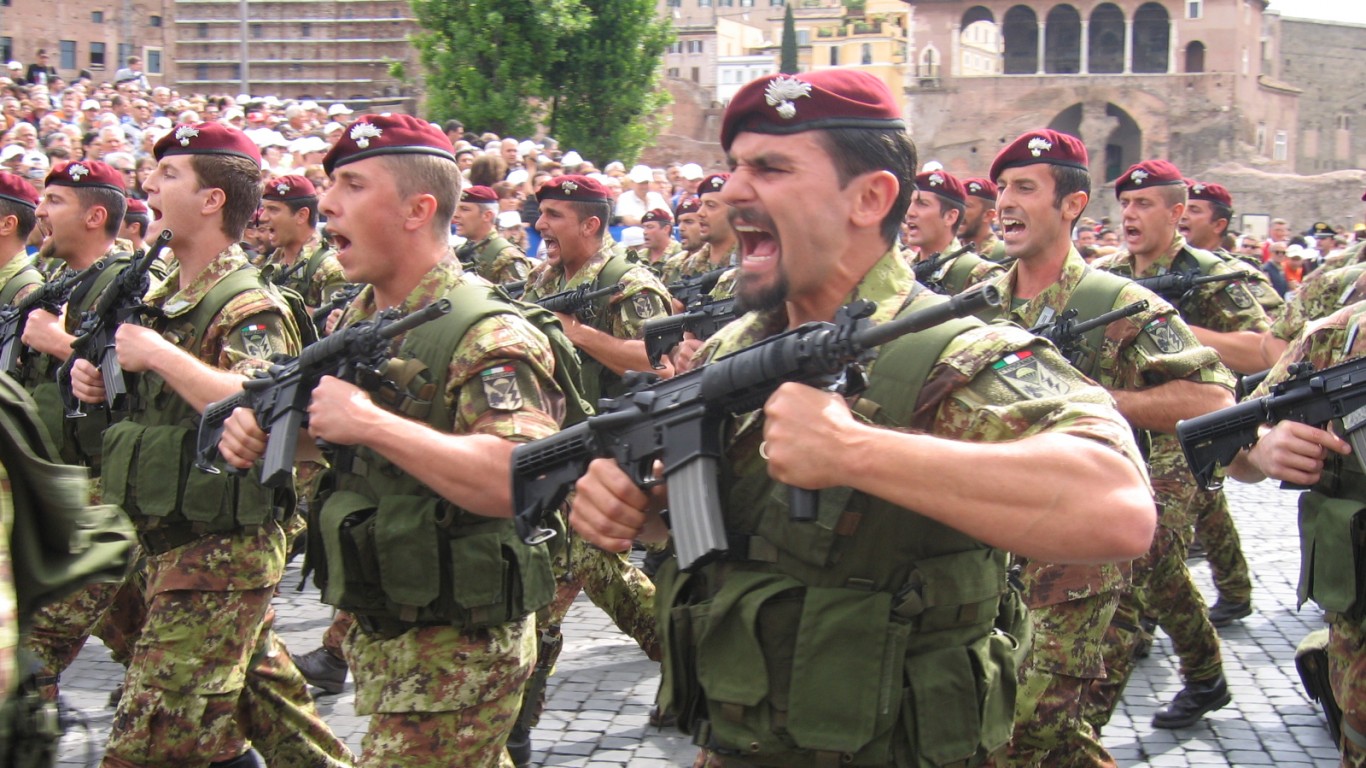 Unlike most countries on this list, Italy is cutting back on military spending. In the last decade, Italian military spending declined by 14% to $27.8 billion, including a $1.4 billion decrease between 2017 and 2018. Italy’s spending cut was fourth steepest 10-year drop among the 40 top military spenders worldwide. There is a chance the decline in military spending will be reversed, as Italy’s interior minister has suggested the possibility of introducing obligatory military service for the nation’s young citizens.