The Ten Largest Military Powers In The World 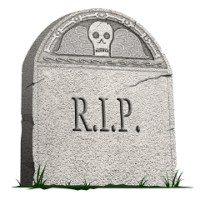 America is the arms merchant to the world and is likely to sell $50 billion in weapons this year. Business may not be as good in the near term, however. Military spending among all the world’s nations totaled $1.63 trillion last year, but that was up only 1.3% from the year before. Spending includes weapons, soldiers, and the costs to maintain a country’s military infrastructure.

The U.S. defense budget is by far the world’s largest, and that has been the case since World War II. Last year that figure was just below $700 billion largely because of the wars in Afghanistan and Iraq. The US is the only nation that maintains naval, air force and ground troops in nearly every part of the world, from South Korea to Europe to the Persian Gulf.

The worldwide slowdown in military spending is a product of two things. The first is the impact of the recession and the austerity programs which have followed it. The other is that large nations such as Germany have decided that they do not need large military presences outside their borders.

Many countries have not given up on defense spending at all, but they are nations which have relatively small overall budgets. According to the Stockholm International Peace Research Institute, which provides the numbers that 24/7 Wall St. used for its analysis of global arms spending, military spending in Africa and South America rose nearly 6%. That is barely enough to make up for cuts by larger nations.

24/7 Wall St. looked at military spending in the 10 countries that are the biggest spenders over a period of a decade.  China, the world’s second largest nation by GDP and largest by population, had the largest increase of any country. Its military spending rose 189% from 2001 to 2010, reaching $119 billion. Many experts believe that China under-reports its spending, which is now 2.1% of GDP. The figure is 4.8% in the US, so should China decide to match America’s spending, its military budget would be closer to $300 billion.  That may take on added revalence since the Obama Administration is expected to slash the Pentagon’s budget.

A review of the numbers lead to three important questions. The first is whether the large industrial nations of Europe and Japan will continue to see high military expenses as unaffordable. The second is whether an arms race between China and the US will emerge – one which compares to the one between the Soviet Union and the US that went on from the 1950s to the 1980s. And, the last is whether wars in the developing world will continue to grow. Expenditures in places like the Middle East, North Africa, and Pakistan could certainly increase sharply soon.

There is not a weapons race now among the largest nations. There is, however, enough global unrest for that to change.

These are 24/7 Wall St.’s Ten Largest Military Powers In The World: