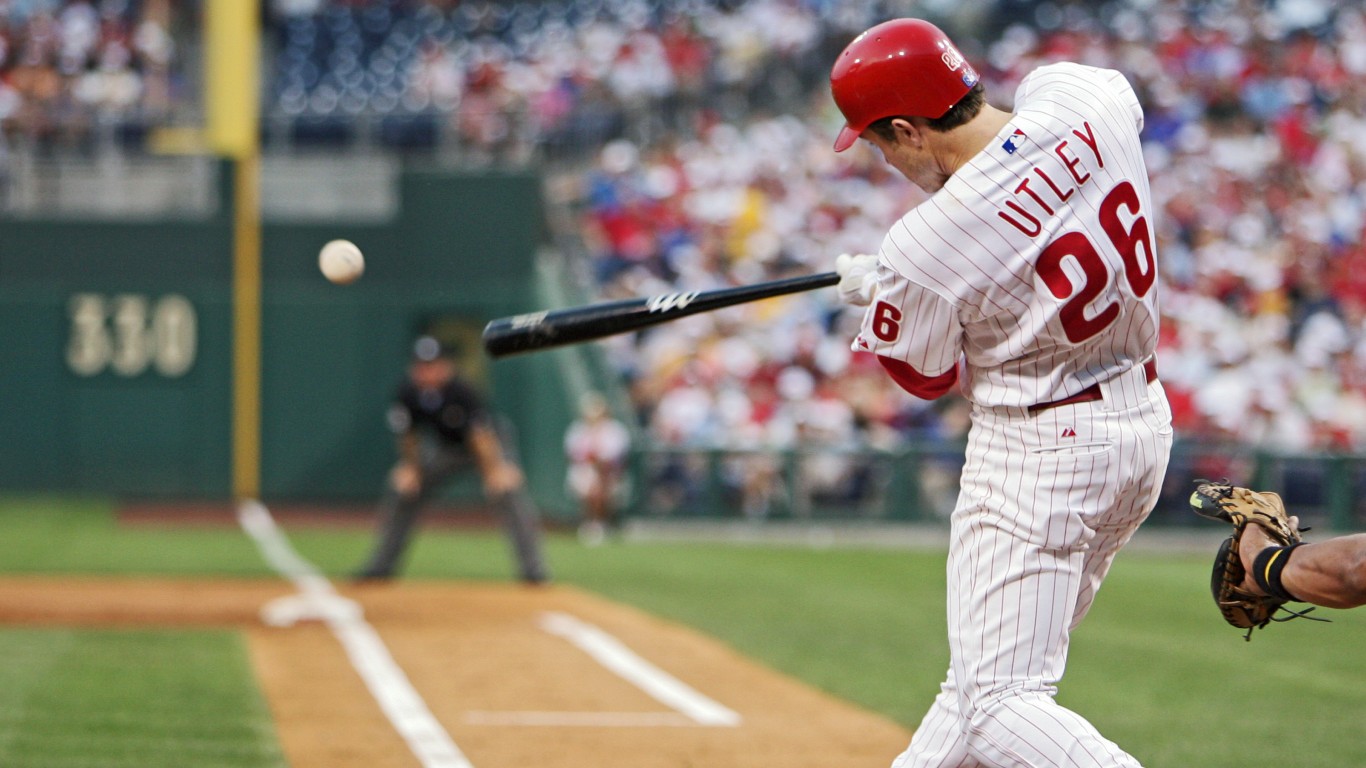 Phillies fans were excited ahead of the 2008 MLB season as the team finally broke through and ended its 13-year playoff drought the year prior. In 2008, Philadelphia won what would be its second of five straight NL East titles on its way to a World Series championship. More than 97% of seats at Citizens Bank Park were occupied that season, accounting for over 42,000 fans per game — both figures ranked among the top five in baseball that year. 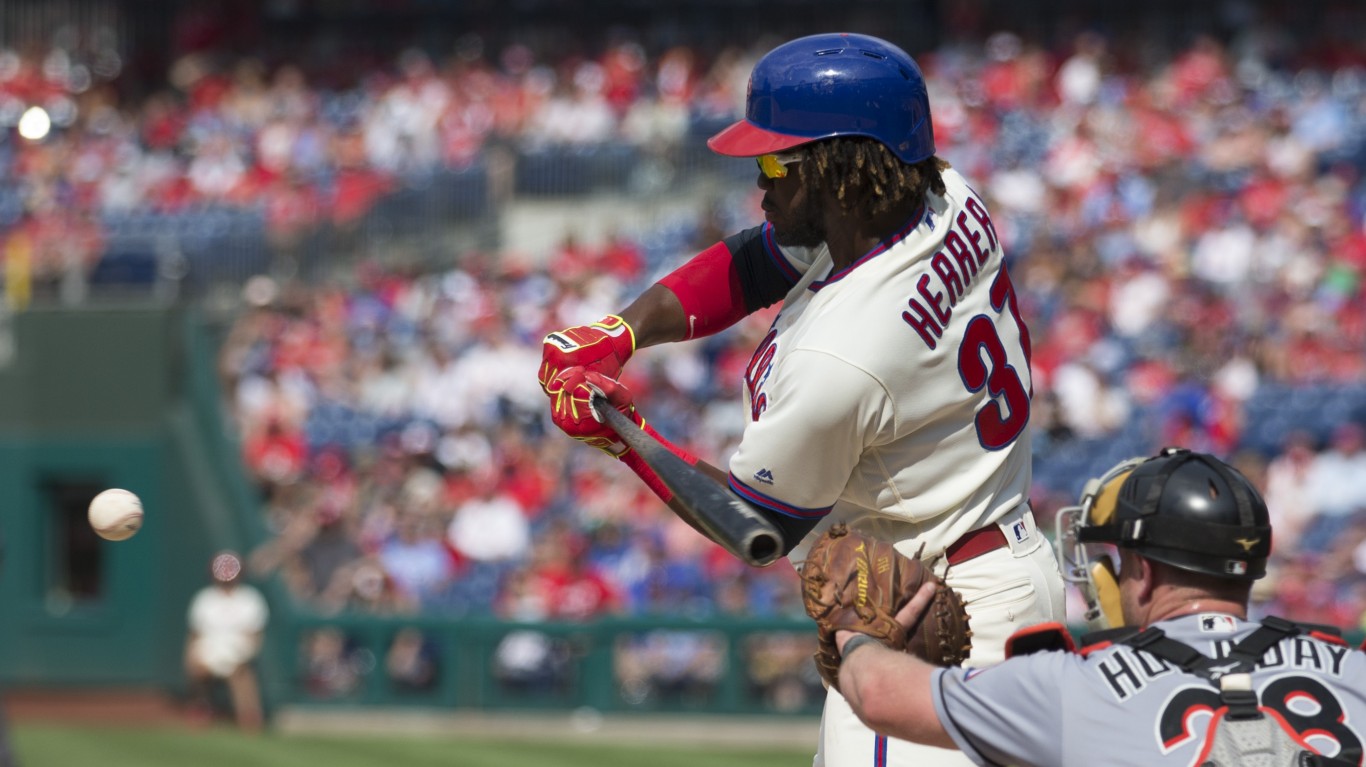 This Phillies led the majors in total attendance from 2010 to 2012, but it can be tough to maintain enthusiasm for a team that has not made the playoffs since 2011. In 2018, an average of 27,318 fans per game came to Citizens Bank Park, near the middle of MLB attendance. Now that the team is playing better with the acquisition of superstar Bryce Harper, Philly fans are already returning to the ballpark in droves in 2019. 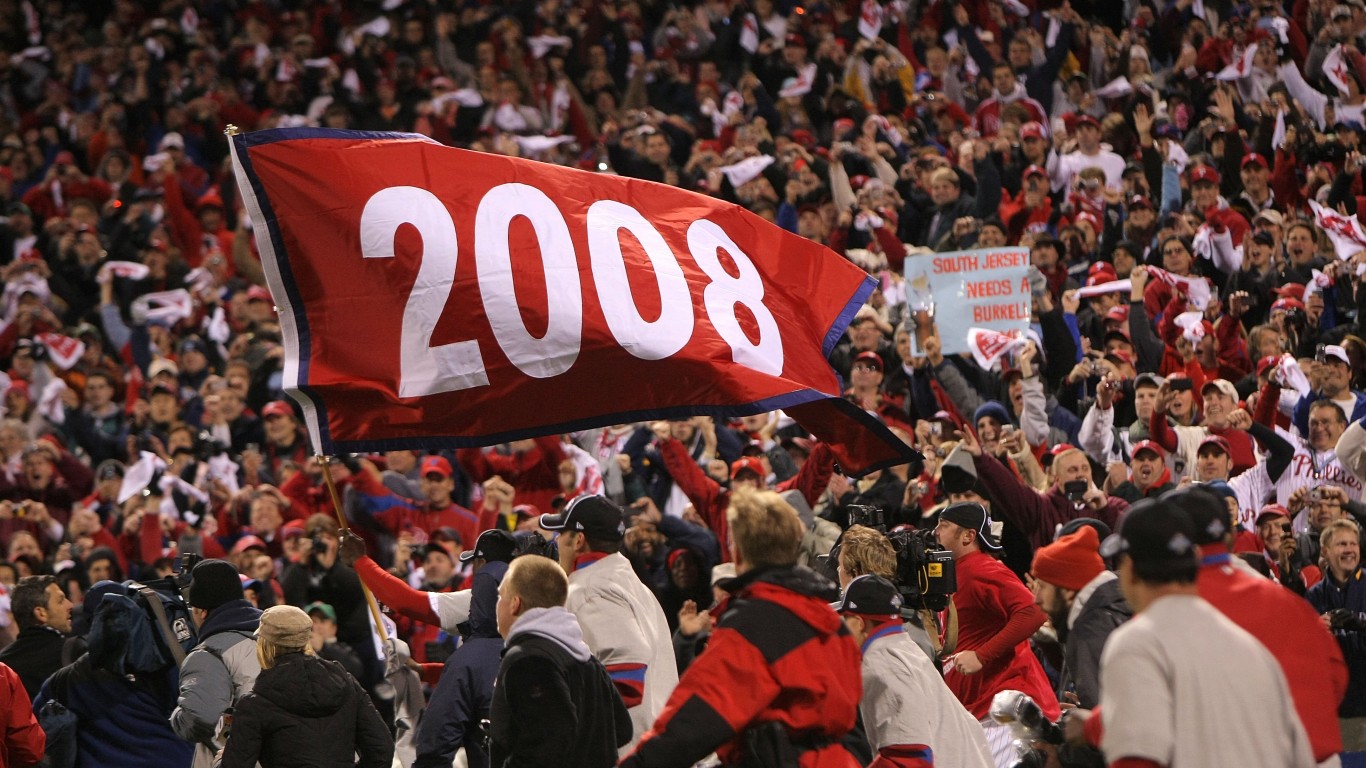 Even when the Tampa Bay Rays are playing well, the team’s stadium is rarely full. In 2008, the Rays won 97 games and made the postseason for the first time in team history, eventually losing in the World Series. Fans didn’t seem to care, as the team’s average home attendance was just over 22,000, or 52.8% of Tropicana Field’s capacity. 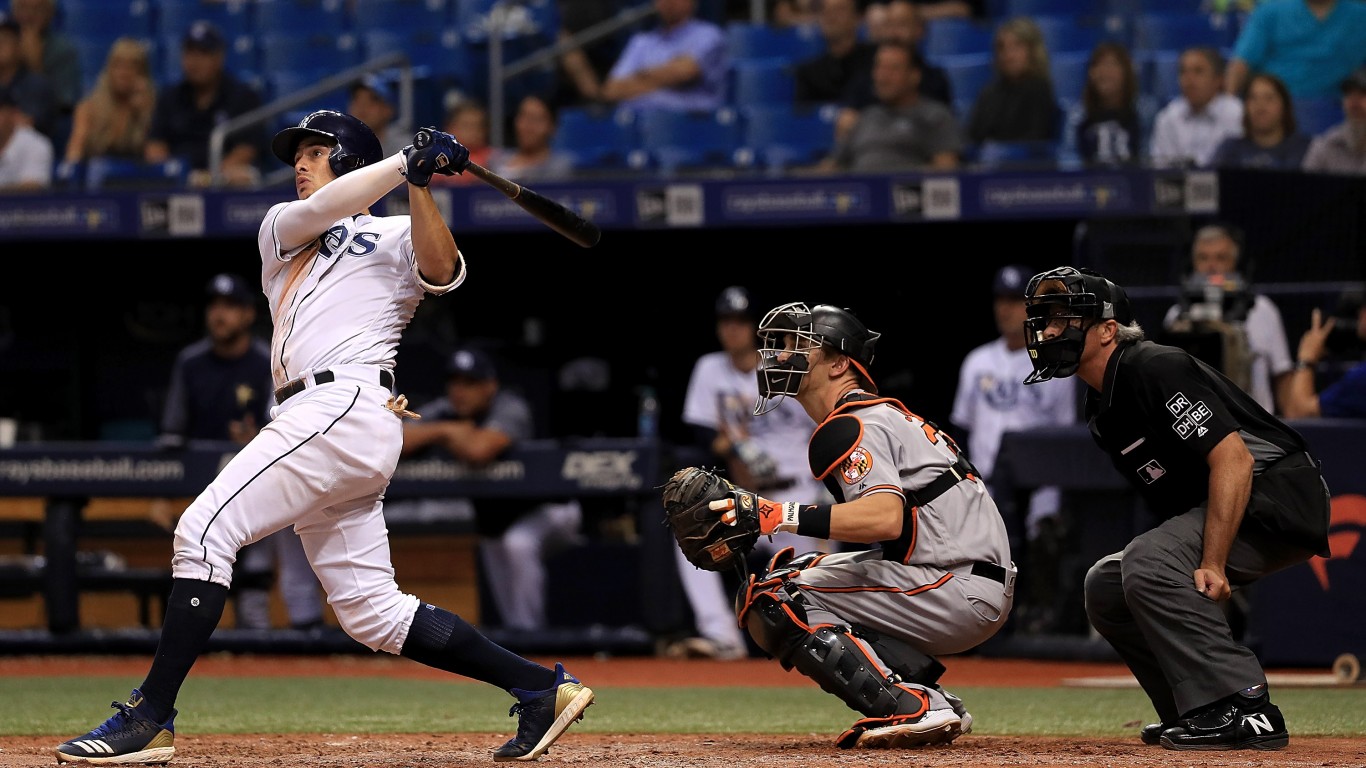 A decade after their first postseason run, the Rays are still a winning team, despite sharing a division with the high-powered Yankees and Red Sox, and the fans are still not showing up. Despite being 18 games over .500 in 2018, average attendance for Rays home games fell to 14,258 people per game, or just 41.8% of the Trop’s capacity. Most teams are able to attract more than 2 million fans to their games over a season. The Rays haven’t hit that mark since their inaugural season of 1998. 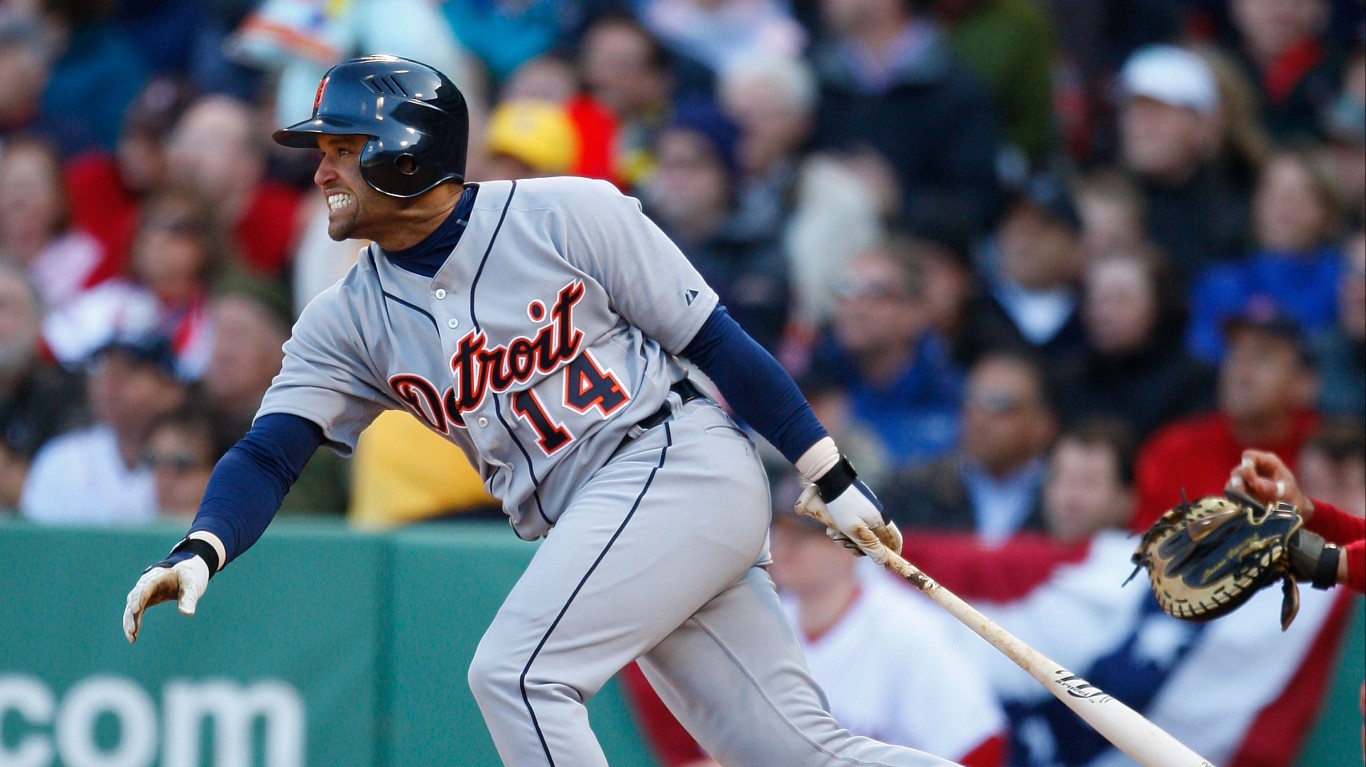 Following the team’s 2006 World Series appearance, in which they lost to the St. Louis Cardinals, attendance at Detroit Tigers had been increasing. Though the team had a losing record, Comerica Park was typically close to full in 2008, with nearly 40,000 fans coming to each game. 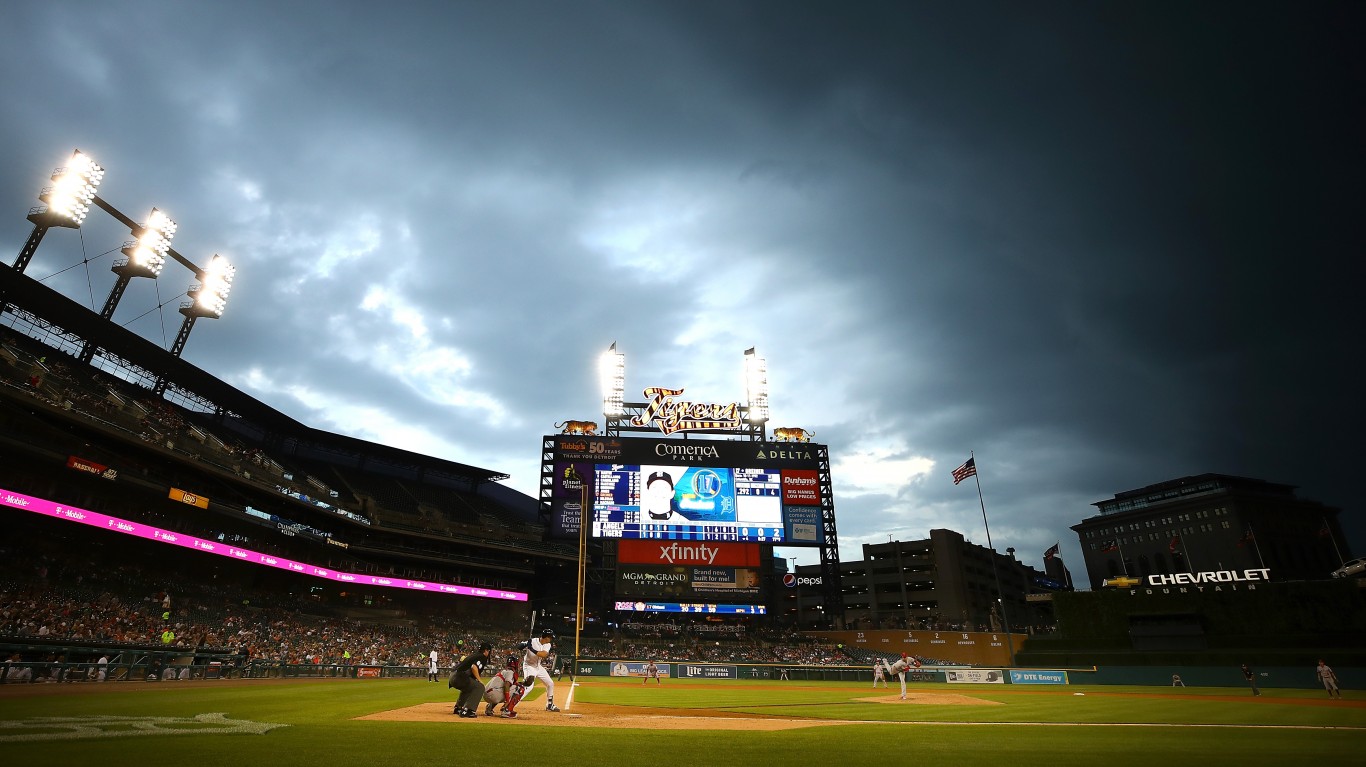 A four-season playoff drought may have, in part, spurred the mass exodus of Tigers fans. The team managed a string of postseason appearances in the early 2010s, but it has struggled since — and attendance suffered along with the team’s performance. After peaking in 2013, attendance at Tigers games has consistently fallen, reaching 23,212 per game in 2018. Though this may also have something to do with the fact that Detroit is quickly losing residents, as once-available manufacturing jobs are gone. It may be difficult to convince some of the remaining fans to come to Tigers games if the team is unable to put together a winning season.