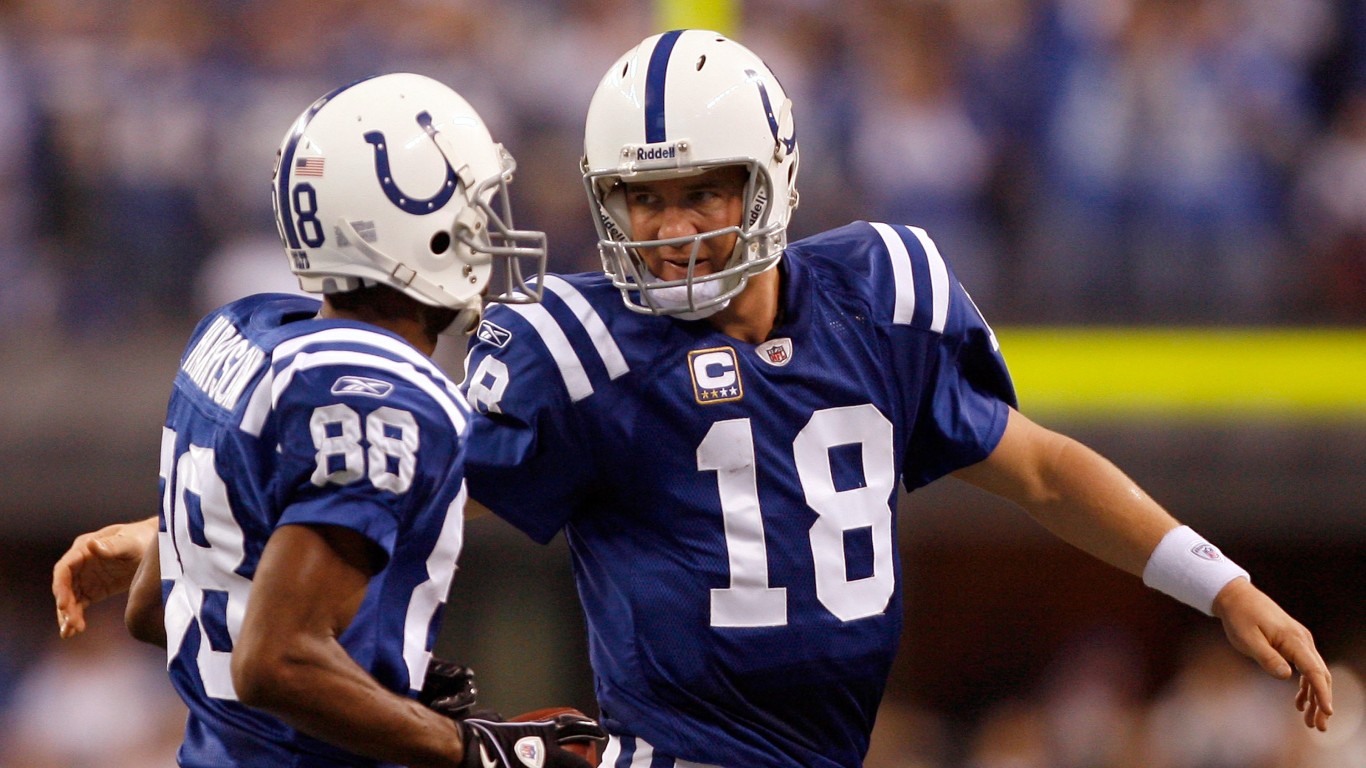 The Indianapolis Colts had a lot going for them in 2008. Peyton Manning was in his prime, the team was in the midst of a nine-year run of consecutive playoff appearances, and it had a new home in Lucas Oil Stadium. An average of 66,378 fans attended each home game that season — 5.4% over the new stadium’s announced capacity. 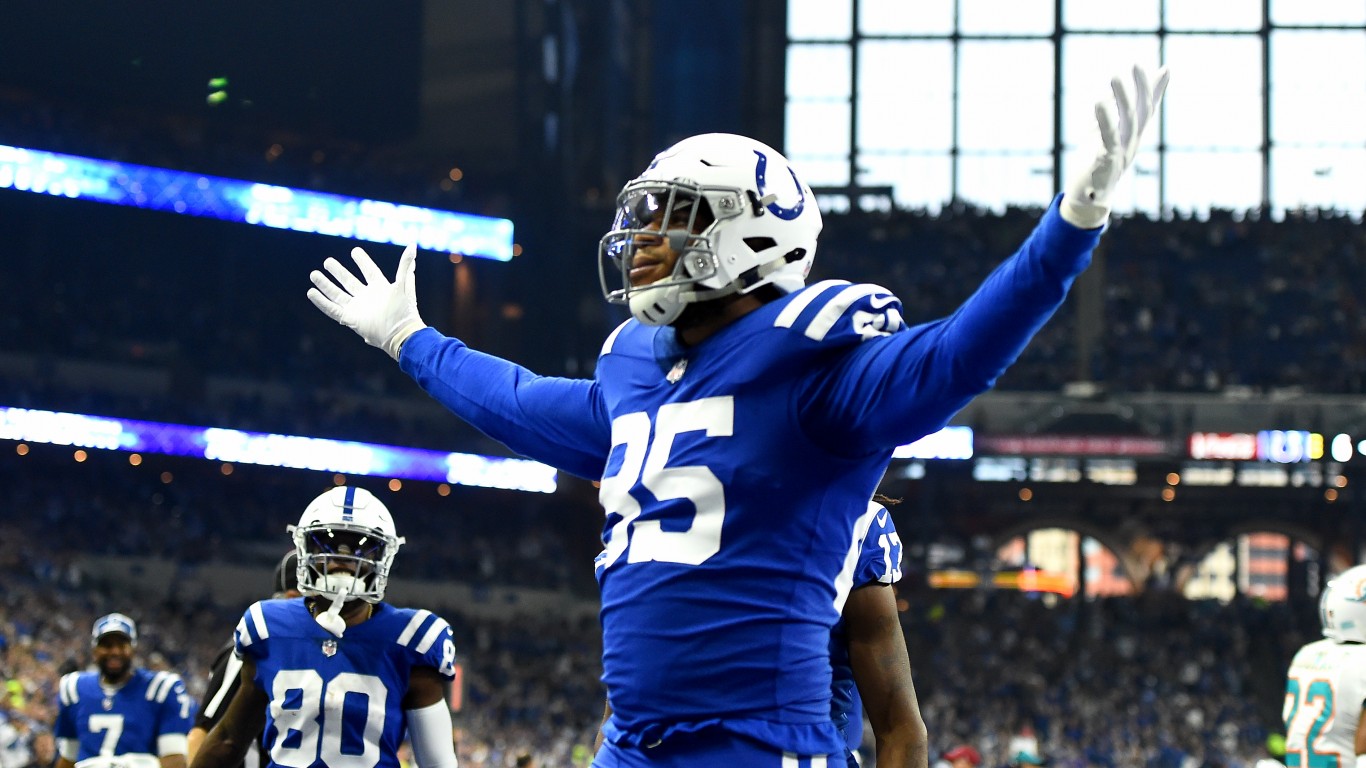 In 2017, the Colts struggled. Franchise QB Andrew Luck was sidelined all season with a shoulder injury and the team went 4-12, missing the playoffs for the third straight season. This seems to have caused Colts fans to lose interest in their team, as 2018 was the first season in Lucas Oil Stadium history that average attendance did not exceed 100% of the announced capacity. Just 94.0% of seats were filled in 2018, 23rd among all NFL teams. But fans may be back in droves after a revamped Indy roster posted a 10-6 record in 2018 and made the playoffs for the first time after a three-season drought.

24/7 Wall St.
Cities That Have Lost the Most Teams 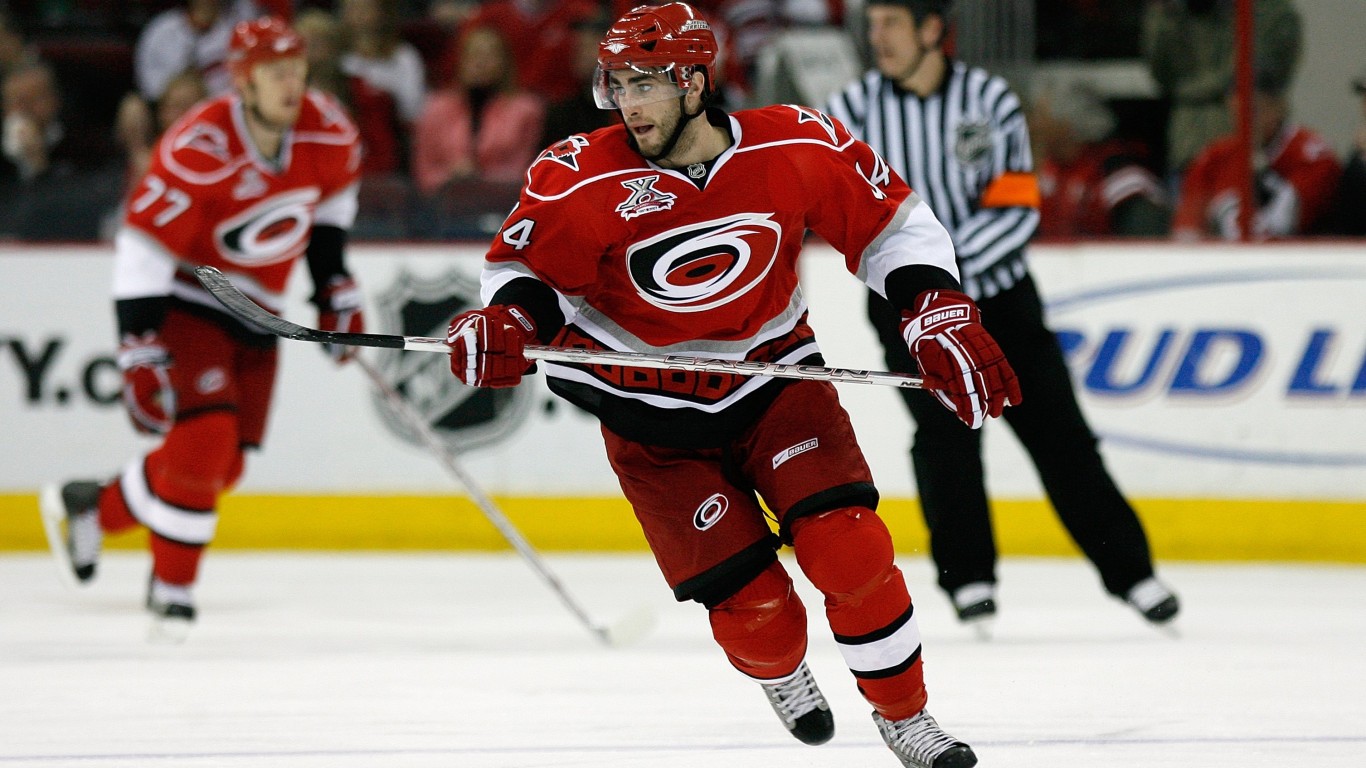 In the 2008-2009 NHL season, hockey teams had no problem packing their stadiums, with most franchises filling over 95% of their stadiums for home games on average. But Raleigh, North Carolina, is not known as a hockey city, and only 88.5% of seats were filled for Hurricanes games that season — even though the team played well all season and made the Eastern Conference Finals. 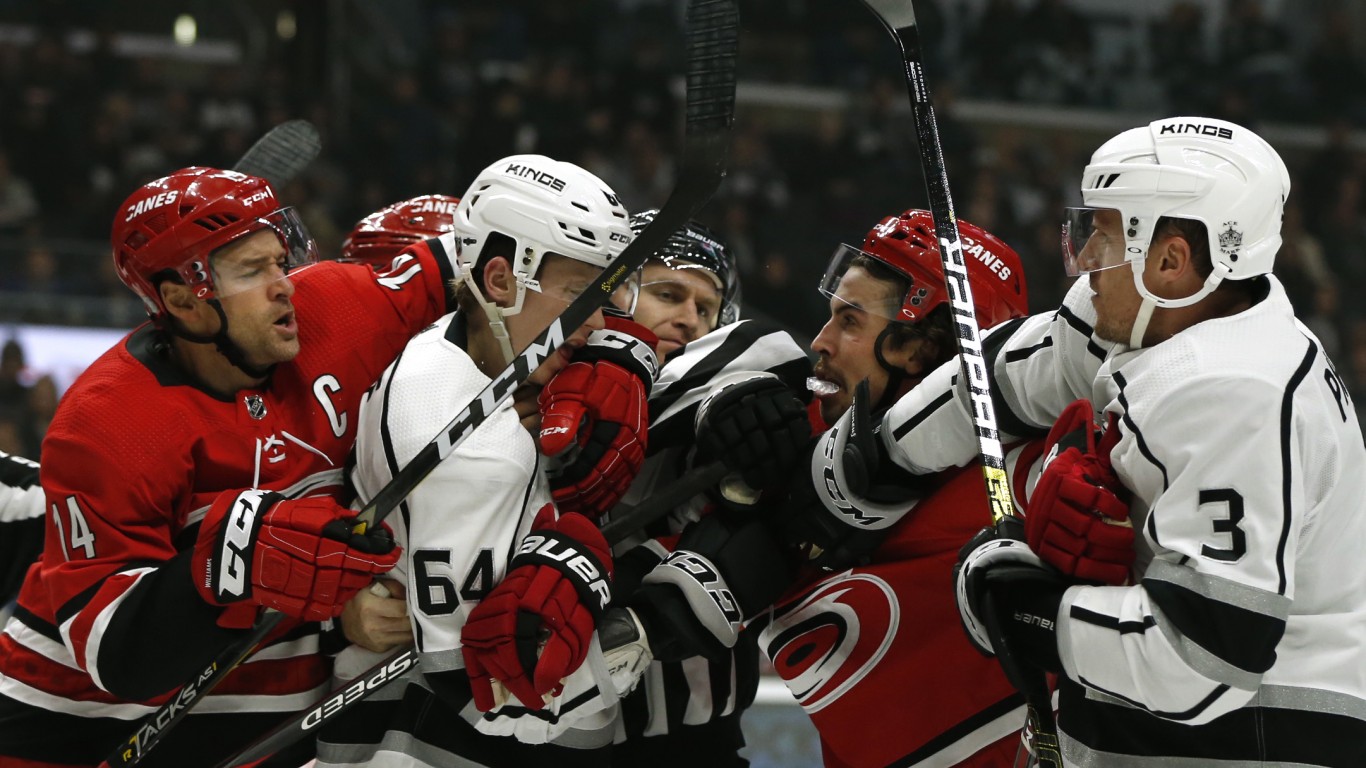 The 2008-2009 NHL season would prove to be the last time the Hurricanes made the NHL playoffs for a decade. The team’s run of futility ended in 2019, when it captured a wild card spot. A decade of losing hockey can drive fans away, and Carolina’s average attendance of 14,322 at home games was also one of the lowest in the NHL — more than 2,000 fewer fans per game on average compared with 10 years prior. The Hurricanes ranked next-to-last in capacity filled in the 2018-2019 season, with an average of 76.7% of seats filled for home games. 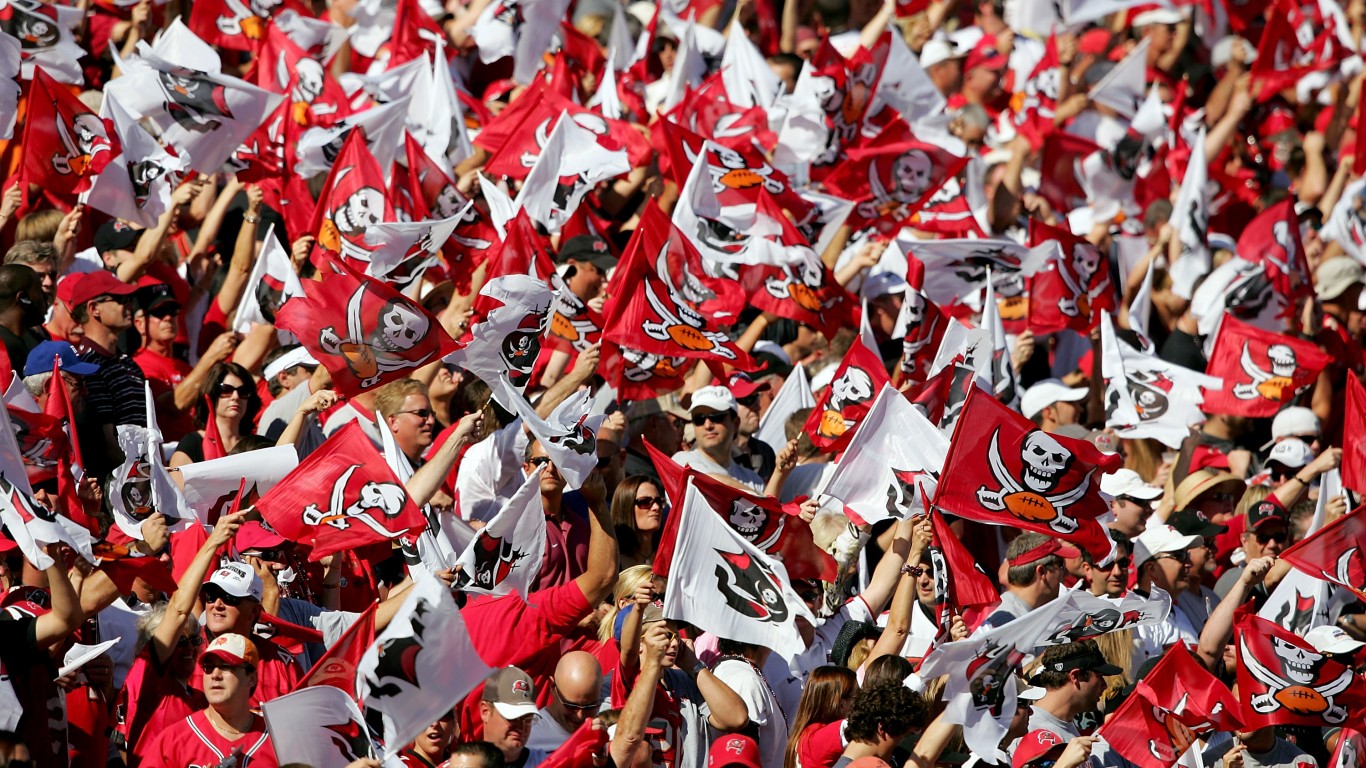 Hopes were high for the Tampa Bay Buccaneers going into the 2008 season: head coach Jon Gruden led the team to a 9-7 record and a trip to the playoffs the year prior. Fans packed Raymond James Stadium nearly to capacity for every game, but they were left disappointed when the team lost its last four games of the season to go 9-7 again, this time missing the playoffs. Gruden was fired, and the team has struggled ever since. 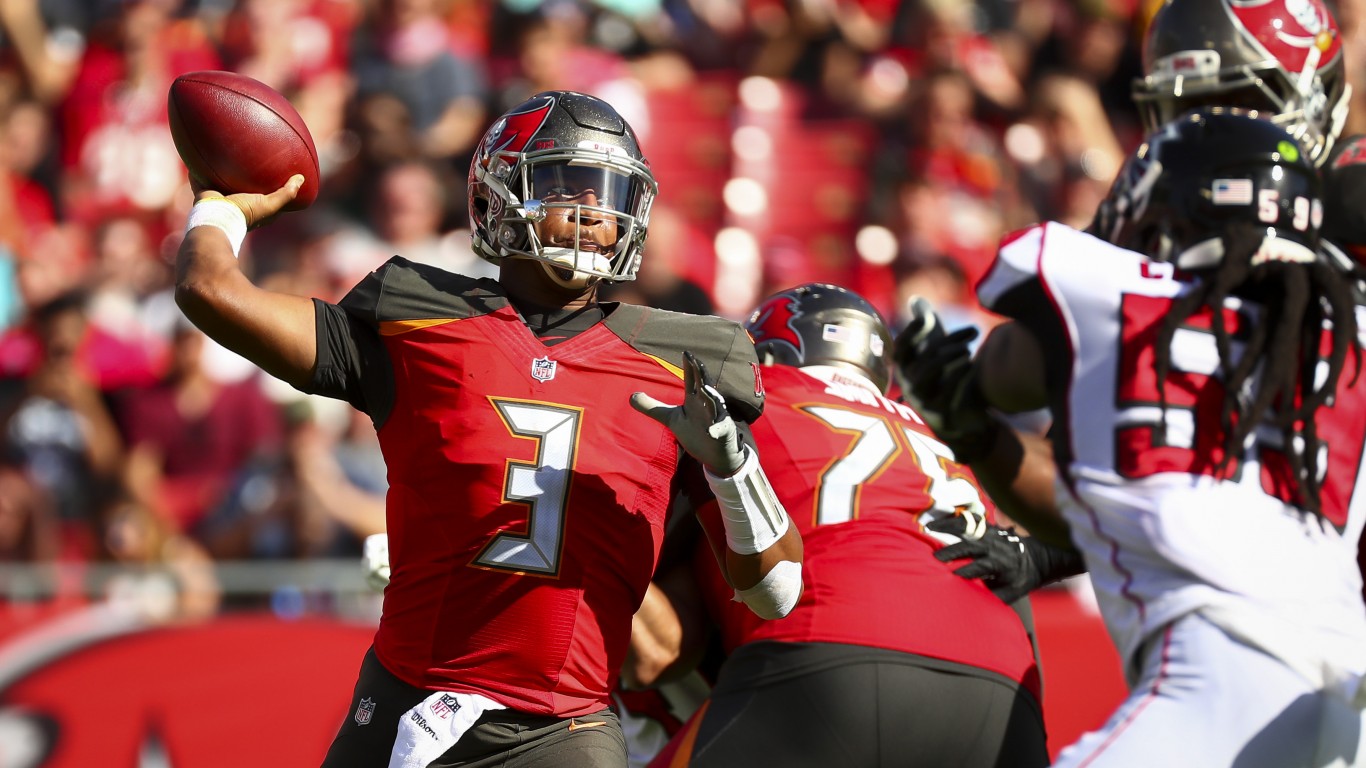 In 2018, the Tampa Bay Buccaneers were one of just four teams that failed to fill at least 90% of their home stadium on average. A string of disappointing coaches and quarterbacks have left the Bucs without a playoff appearance since 2007. Fans are losing interest — total attendance has dropped by more than 10,000 people per game in the last decade. Former Cardinals coach Bruce Arians is now tasked with righting the Buccaneers’ ship.