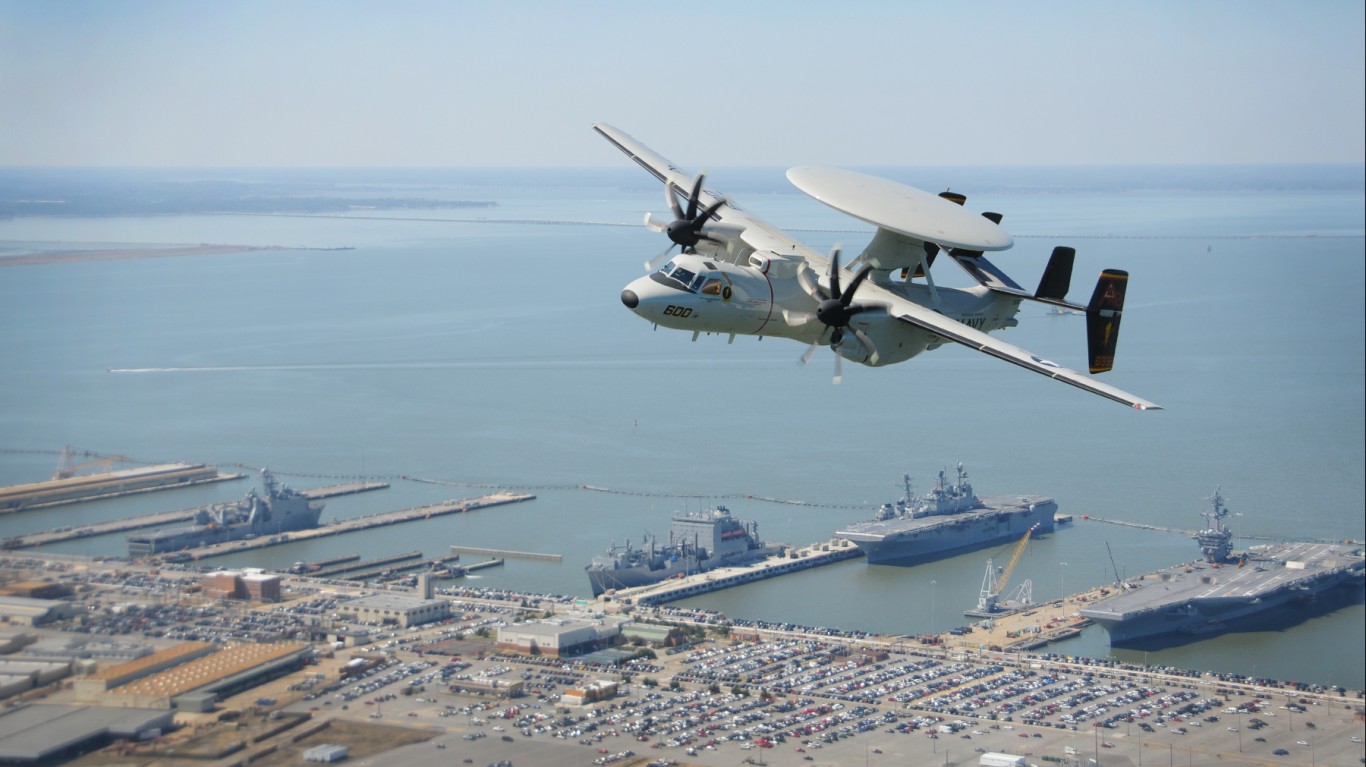 The state of Virginia has a long and proud military tradition, and not surprisingly, it has the second-most number of military bases of any state (after California) with 193. The metro area with the largest number of military service members is Virginia Beach-Norfolk-Newport News with 81,908, more than any metro area on our list. The largest military base there is Norfolk Naval Base, with 46,574 troops. The base is home to the Navy’s largest assemblage of naval forces and supports the U.S. Atlantic Fleet.

Virginia Beach-Norfolk-Newport News is also home to more veterans than any other metro area on the list with 206,718. 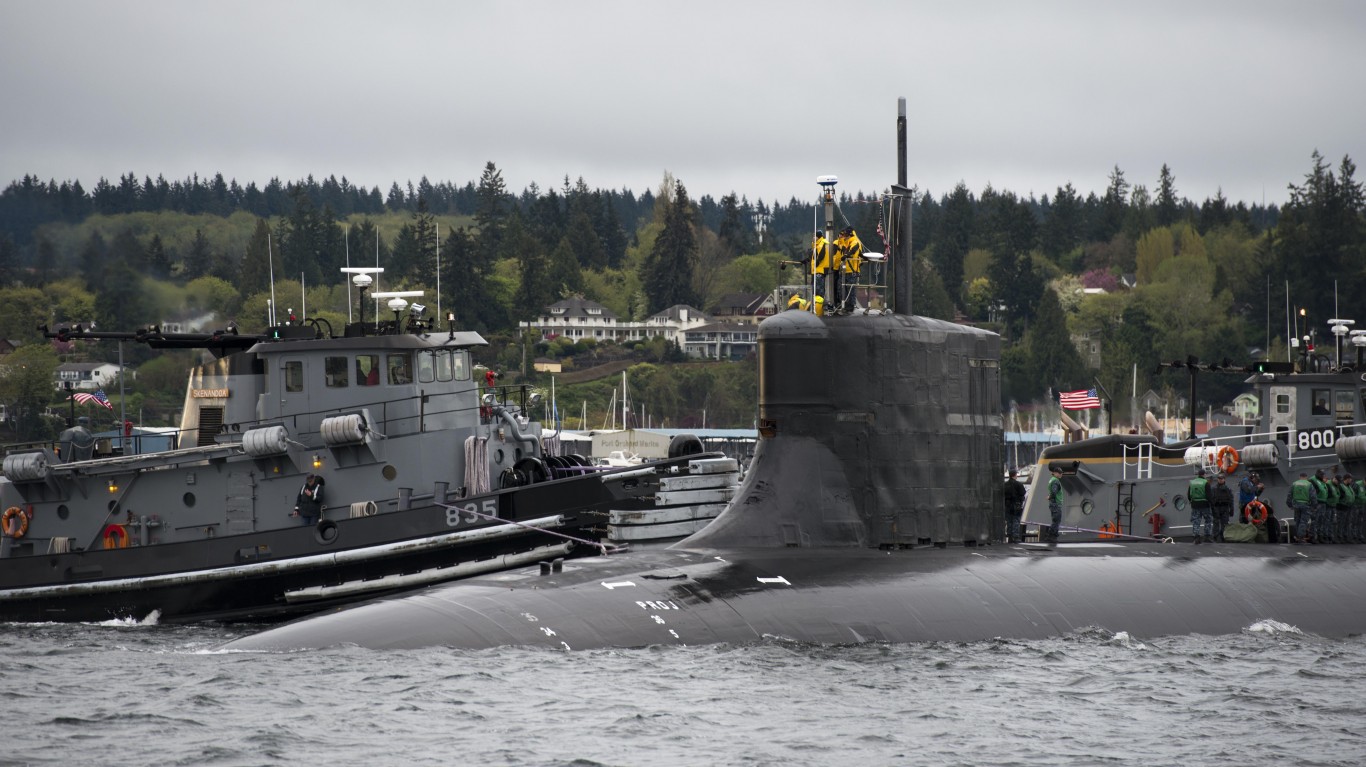 There are about 13,500 active duty service personnel living in the Bremerton-Silverdale metro area. The metro area is home to a Navy hospital, two naval bases — which account for the large troop presence — as well as over 33,000 veterans. All told, current and former military personnel account for over 17% of the metro area’s total population.

Current and former military personnel living in Bremerton-Silverdale have a considerable impact on the metro area economy. The Department of Veterans Affairs spent over $271 million on operations, salary, pension, construction, and other expenses in the metro area in 2018 alone. 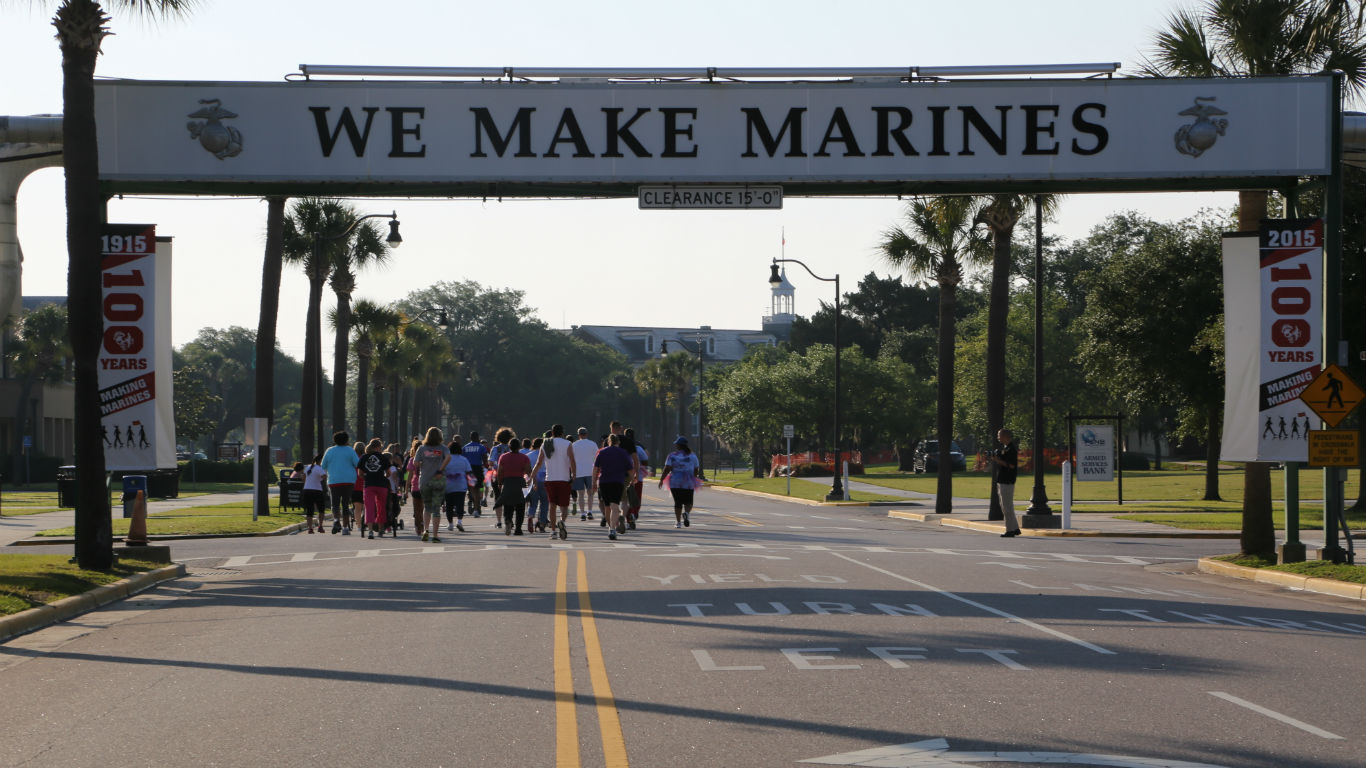 The Hilton Head Island-Bluffton-Beaufort metro area is home to two military installations: Parris Island Marine Corps Recruit Depot and Beaufort Marine Corps Air Station. Of the two, the Parris Island facility is the more famous and has 7,526 active duty personnel and 2,758 of their dependents stationed there. The veteran population in the metro area totals 21,897, or 10.1% of the population.

The installation’s motto is simply “We Make Marines.” The first Marines sailed into the area in 1861 in the early stages of the Civil War, and the first post was established there 30 years later. About 200,000 Marines were trained at Parris Island during World War II, among them women Marine reservists. 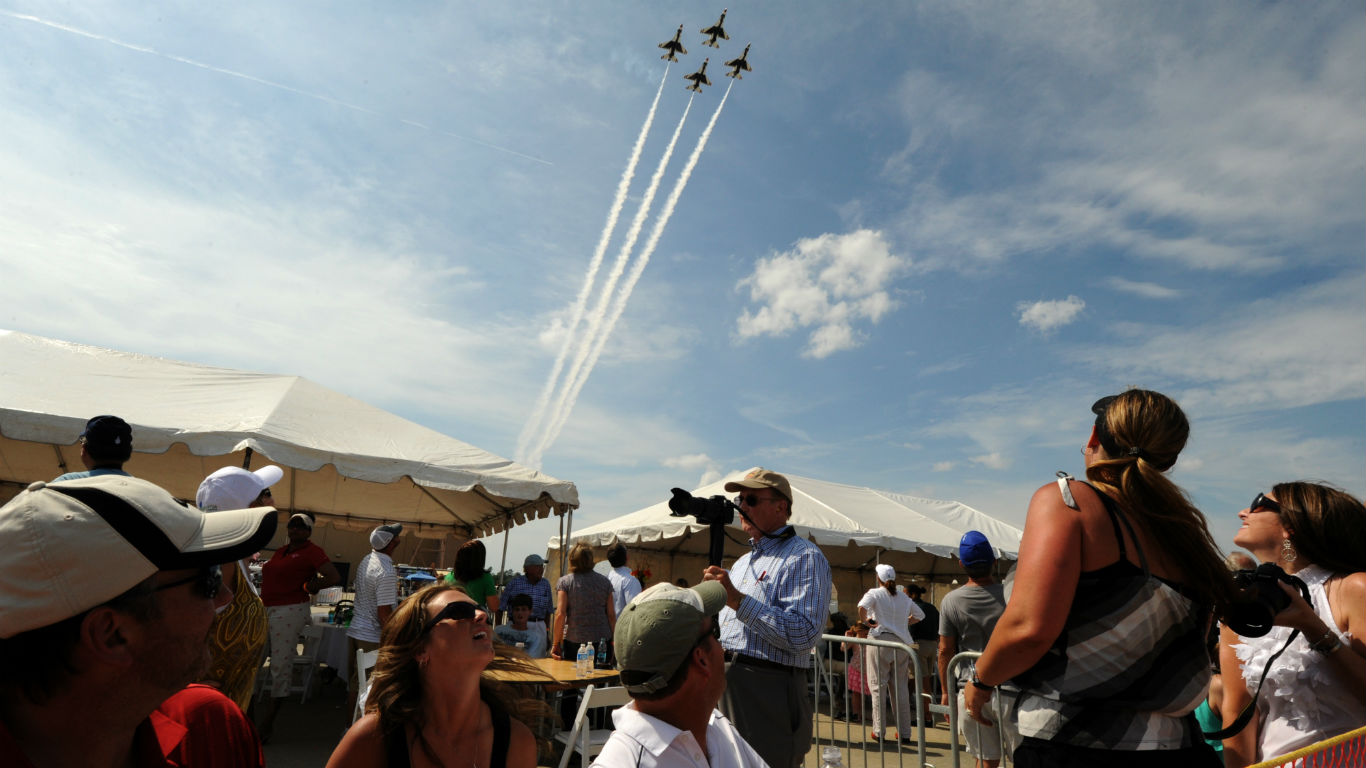 Sumter is one of two metro areas in South Carolina to rank on this list. The metro area is home to Shaw Air Force Base and over 5,000 active duty service men and women. Shaw is the home base for the 20th Fighter Wing unit, the Air Force’s largest fleet of F-16 fighter jets.

Veterans make up an even larger share of the metro area’s total population. There are 11,682 former members of the military in Sumter, equal to just over one-in-every-10 Sumter residents. 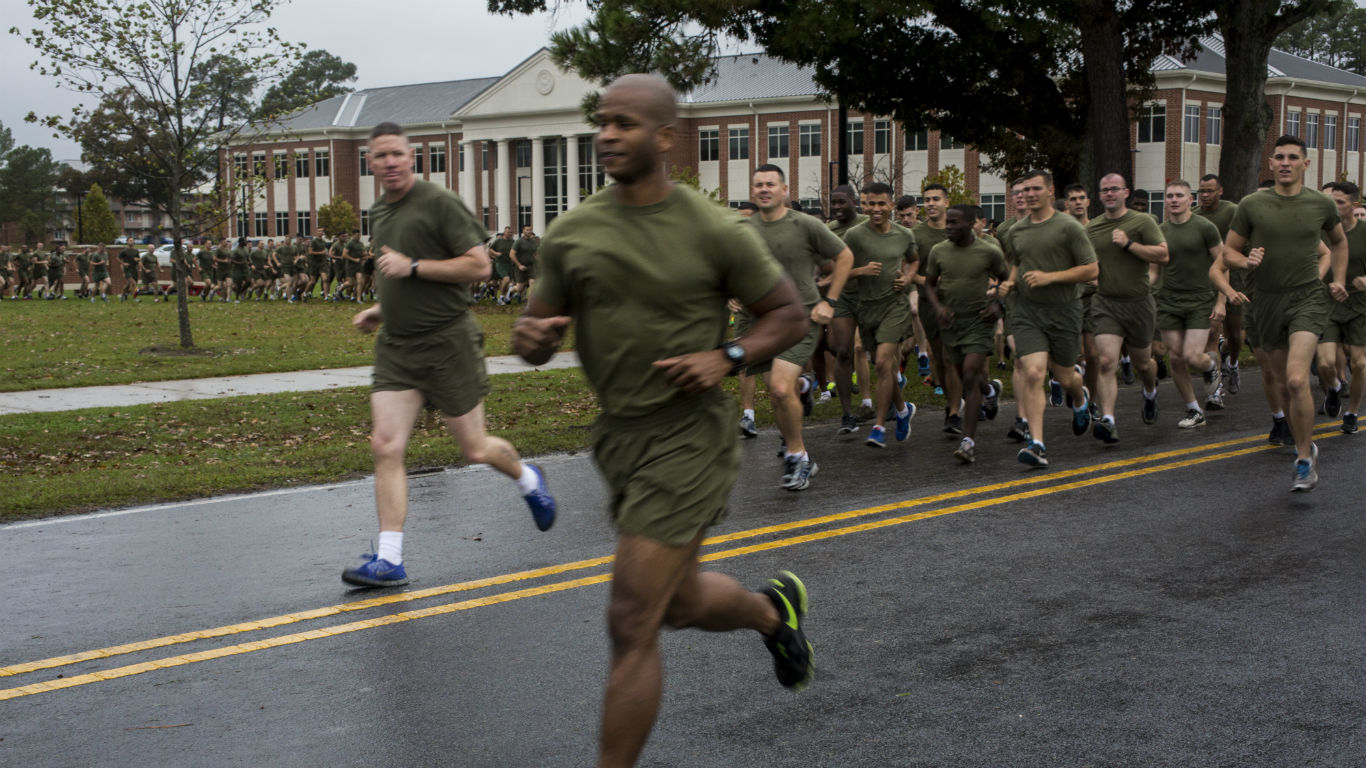 New Bern is the second of three North Carolina metro areas on the list. Cherry Point Marine Corps Station is the larger of the two military installations in the area. The other military base is Cherry Point Naval Aviation.The Marine installation’s mission during World War II was to prepare soldiers for combat in the Pacific theater. Today, the Marine facility is home to 6,338 troops. In addition, nearly 14,000 veterans live in the metro area, or 11.3% of the total population.