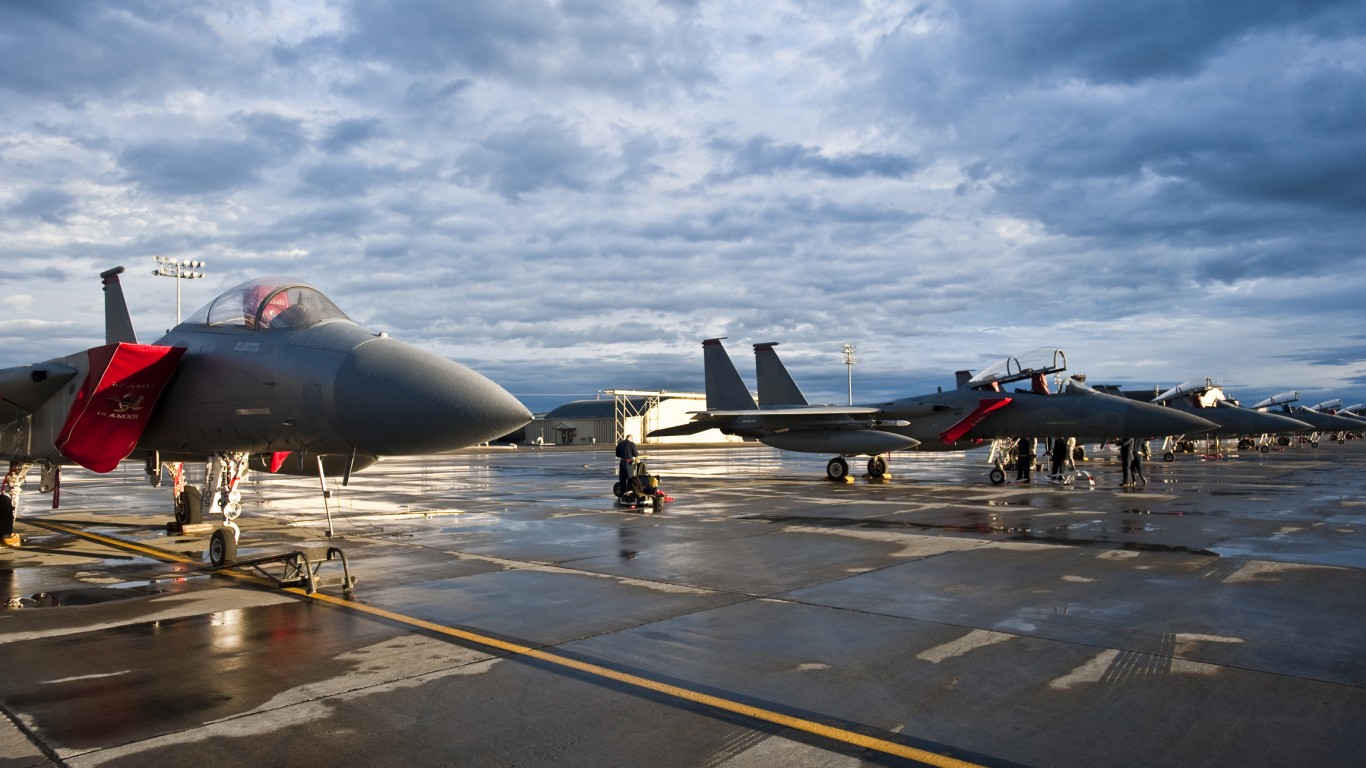 Just over 10,000 of the 399,000 people living in the Anchorage metro area are active-duty military personnel. The largest military facility in the metro area is Elmendorf Air Force Base. The U.S. government began construction of Elmendorf in 1940, and the base took on greater importance during the Cold War because of Alaska’s proximity to Russia.

As is often the case in cities with large military populations, Anchorage also has a large veteran population. There are nearly 40,000 former servicemen and women living in the metro area, or about one-in-every-10 area residents. 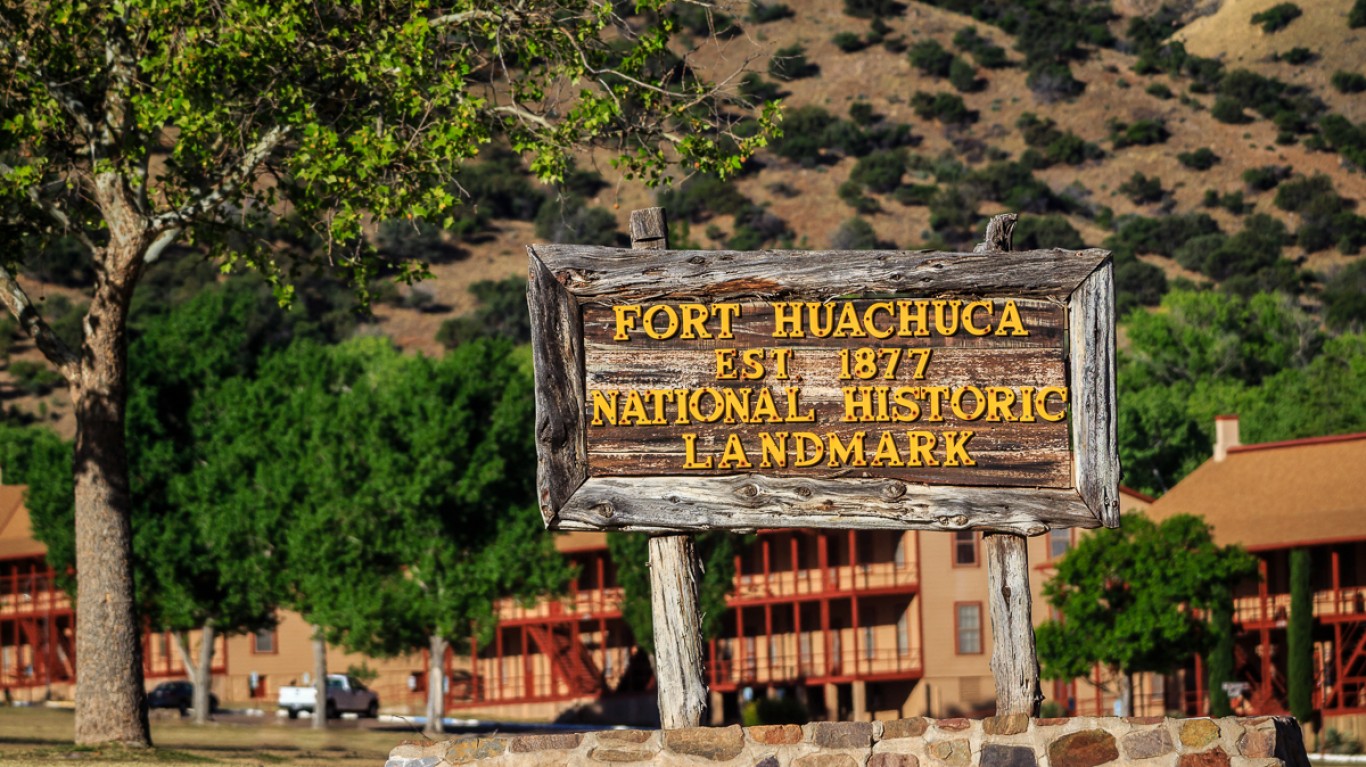 There are nearly 4,000 active-duty military personnel in the Sierra Vista-Douglas metro area. The large military presence in the metro area is attributable to Fort Huachuca, a historic Army base not far from the Mexican border that was first used in the 19th century to guard settlers from attacks from Apache Indians. Currently, Fort Huachuca is home to the U.S. Army Intelligence Center and Network Enterprise Technology Command.

Military personnel in the area support nearly 5,000 dependents. As is often the case in cities with a large share of active-duty service men and women, Sierra Vista-Douglas is also home to many veterans. Some 20,000 area residents, or 15.8% of the total population, have previously served in the military. 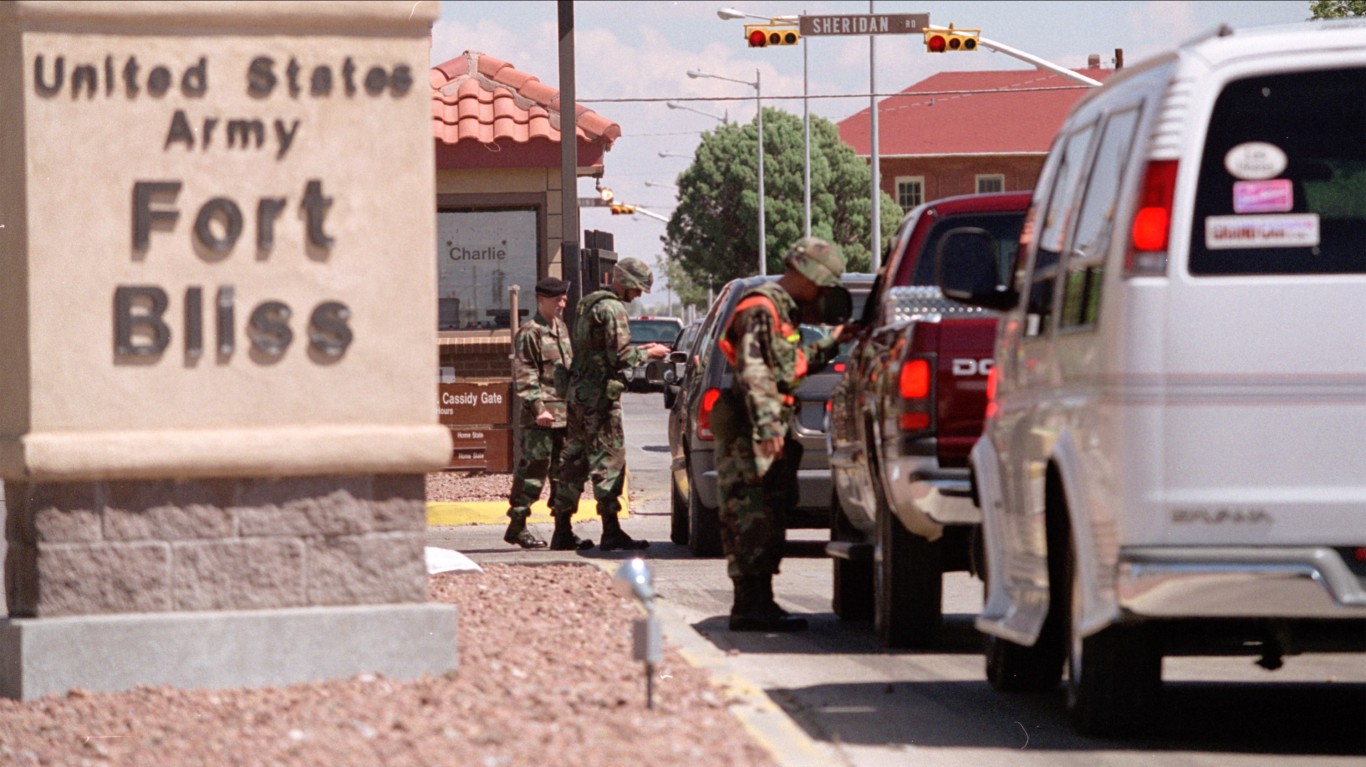 Fort Bliss has a large military presence in El Paso, which has a population of more than 682,000. Fort Bliss is the Army’s largest center for educating and training Air Defense Artillery soldiers. There are over 25,000 military personnel stationed at Fort Bliss. Fort Bliss’ mission is rapid and efficient troop deployment.

El Paso is also home to many former members of the military. There are 47,051 veterans who live in the metro area, one of the highest totals on our list. 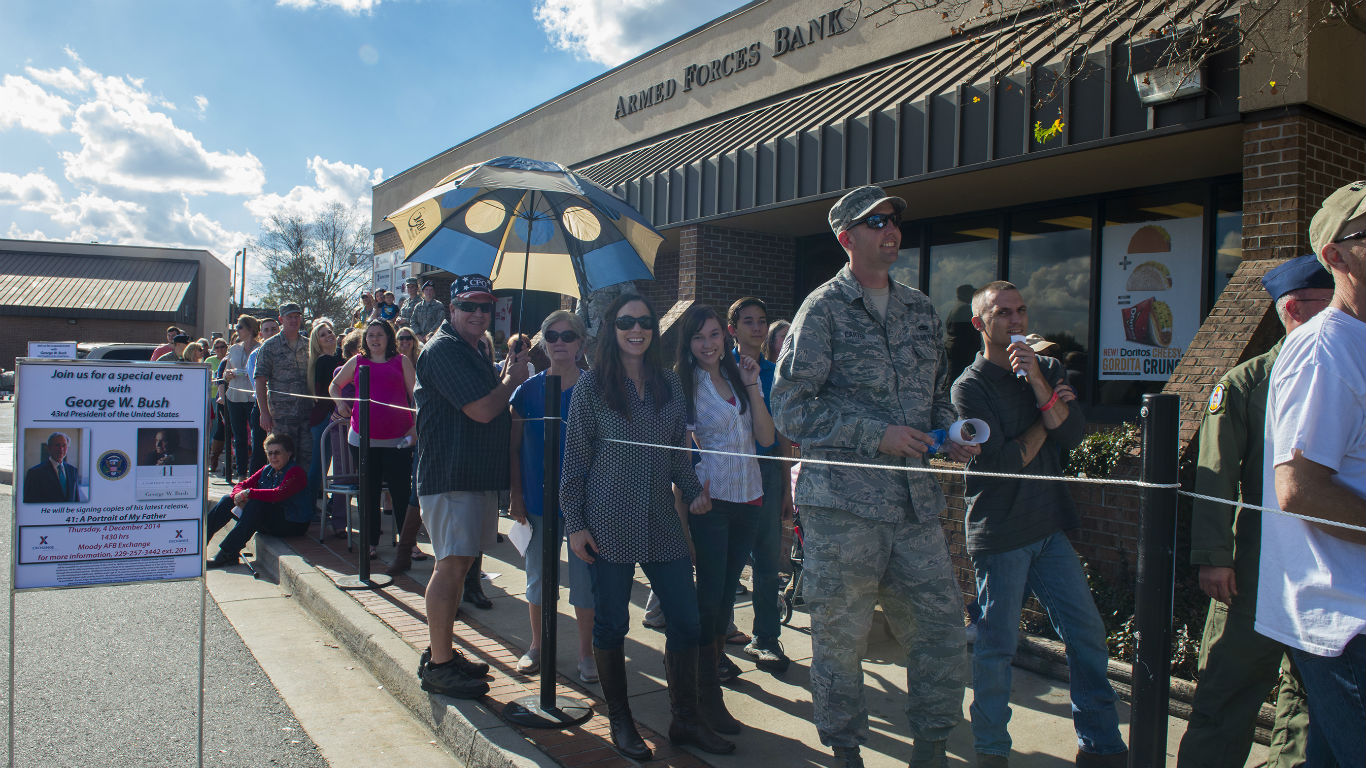 There are over 4,500 active duty service men and women living in Valdosta, Georgia. In addition to active-duty troops, there are also nearly 10,000 veterans living in the metro area — and they contribute to significant spending within the city. Between salaries, pensions, general operating costs, and other expenses, the Department of Veterans Affairs spent over $113 million in Valdosta in 2018 alone.

The large number of active duty troops living in the metro area is due to the presence of Moody Air Force Base. The base, which started as an Army Air Corps pilot training facility in World War II, is now home to the Air Force’s 23rd Wing, a combat search and rescue and security unit. 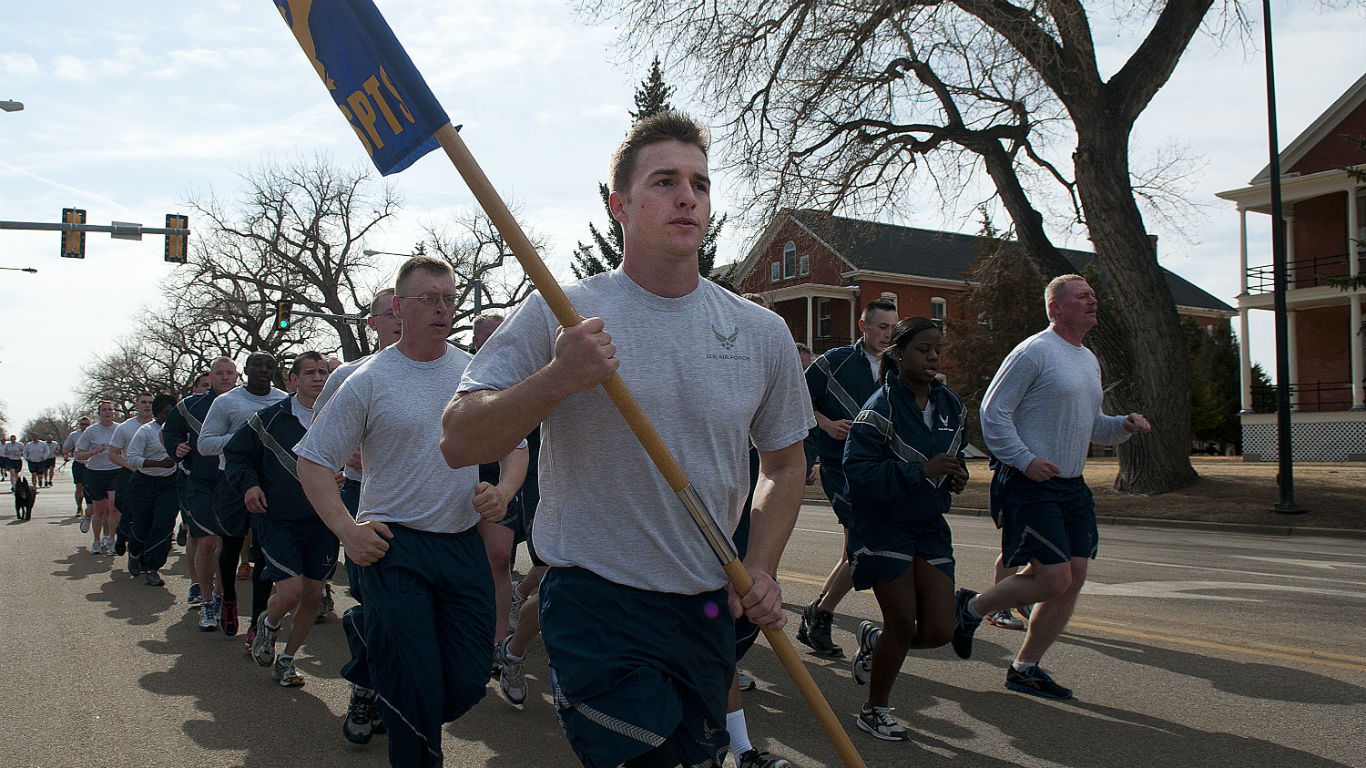 Cheyenne is home to over 3,000 active military personnel, thanks to the Francis E. Warren Air Force Base, which is the largest military facility in terms of personnel in Wyoming. The base was originally called Fort Russell and was founded in 1867 and is the oldest continuously active Air Force installation. Today, the base is home to the 90th Missile Wing.

Due to the large military presence in Cheyenne, including the 12,119 veterans living in the area, the Department of Veterans Affairs spends heavily in Cheyenne. Through a range of channels including salaries, pensions, and vocational training, the VA spent nearly $158 million in Cheyenne in 2018, more than a third of its total spending in Wyoming.

The 20 Wars Russia Has Fought in the Past Century