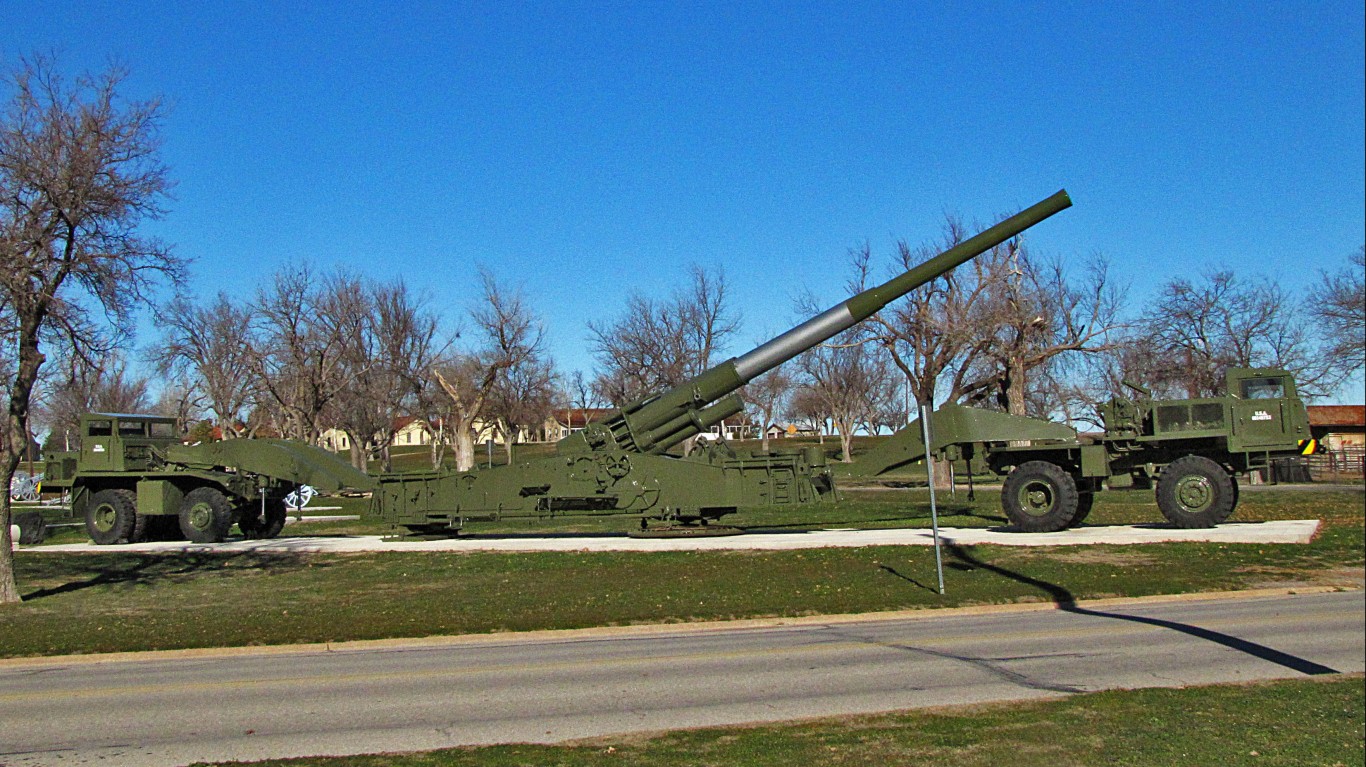 Lawton, Oklahoma, is the largest military city in the state, hosting 11,987 troops — equal to nearly 10% of the total population. Lawton is about 86 miles southwest of Oklahoma City.

Fort Sill, the only base in the metro area, is home to the U.S. Army Field Artillery School, which trains about 9,000 soldiers each year in fire support techniques and procedures. Fort Sill also hosts artillery brigades and the U.S. Army Air Defense Artillery School. The metro area is also home 16,756 veterans and has the seventh-highest share of veterans on our list at 13.3%. 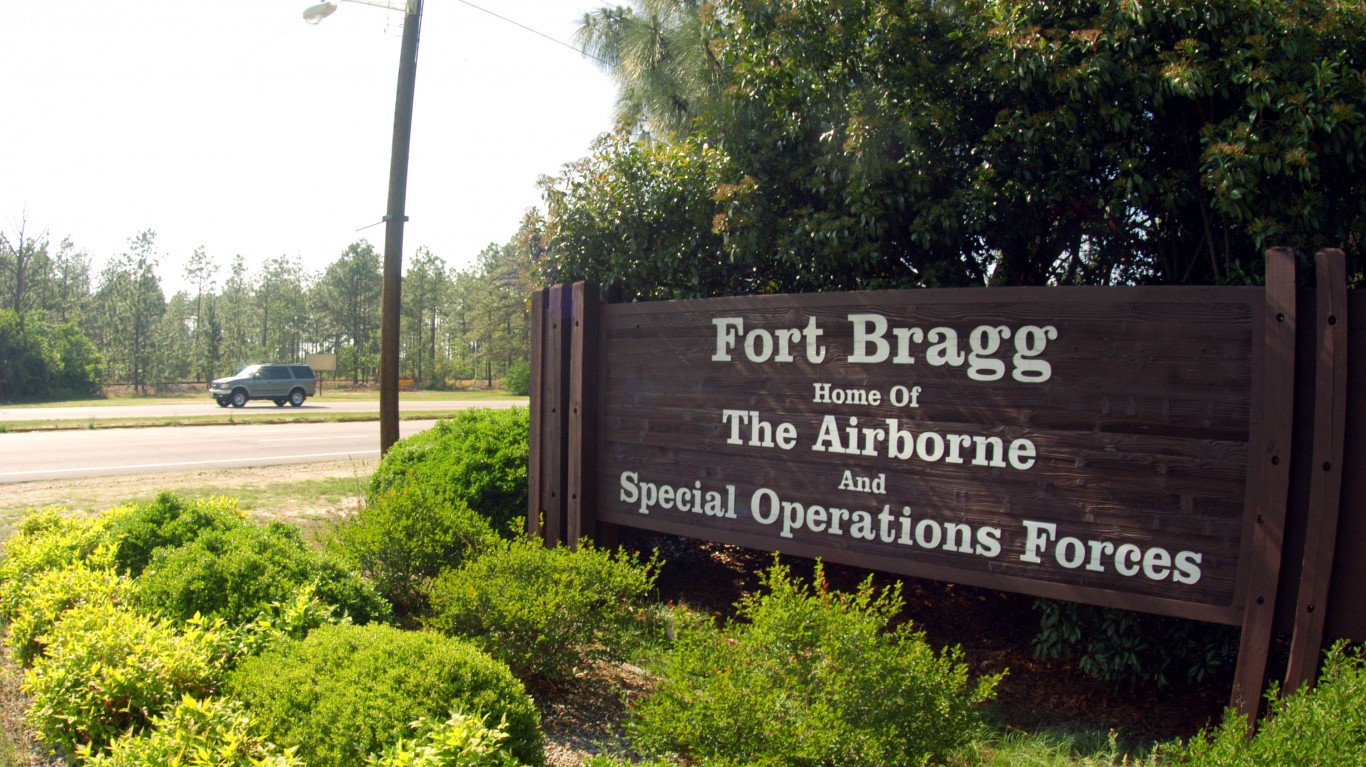 Fayetteville, North Carolina, is home to Fort Bragg, which is one of the largest military installations in the country with more than 45,000 active duty servicemen and women. Fort Bragg was one of three training camps created in North Carolina during World War I. It became known for the airborne units located there, including the storied 101st and 82nd airborne divisions. Pope Air Force Base was absorbed into Fort Bragg and renamed Pope Field in 2011 as part of the government’s base realignment and closure initiative.

The number of family members supported by military men and women stationed in Fayetteville is 66,699, the second highest on our list.

ALSO READ: What Military Parades Used to Look Like in America 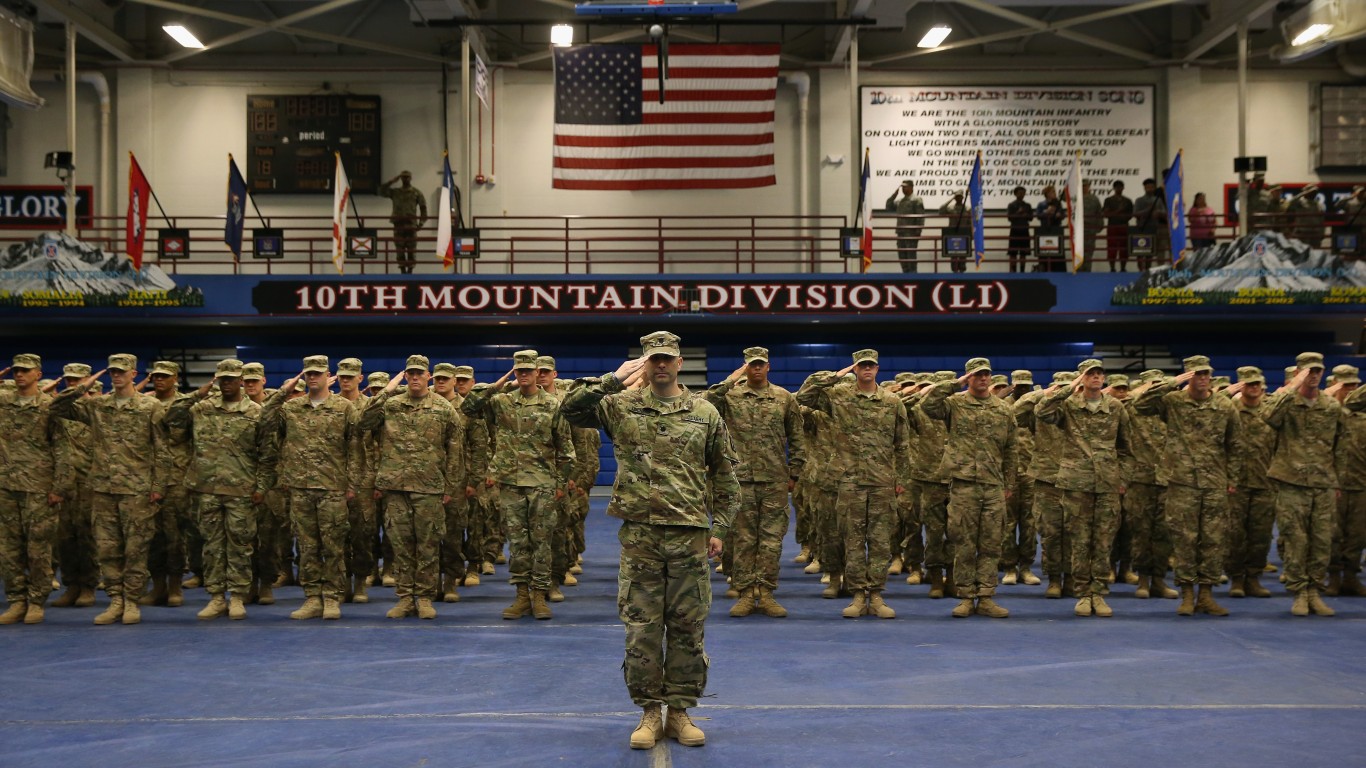 Fort Drum, located in the Watertown, New York metro area, is the largest military installation in the Northeast, with 14,944 active duty service members, or 13.4% of the metro area’s population. The facility is located about 90 miles north of Syracuse. The area was an Army outpost for decades until 1908, when Brigadier General Frederick Dent Grant, son of General Ulysses S. Grant, recognized the area’s potential as a military base. In 1909, the government bought the area and troops began training there the following summer. Today, Fort Drum is the home of the 10th Mountain Division.

According to news reports, Army officials said the direct economic impact of Fort Drum on the region was $1.2 billion during the 2017 fiscal year. 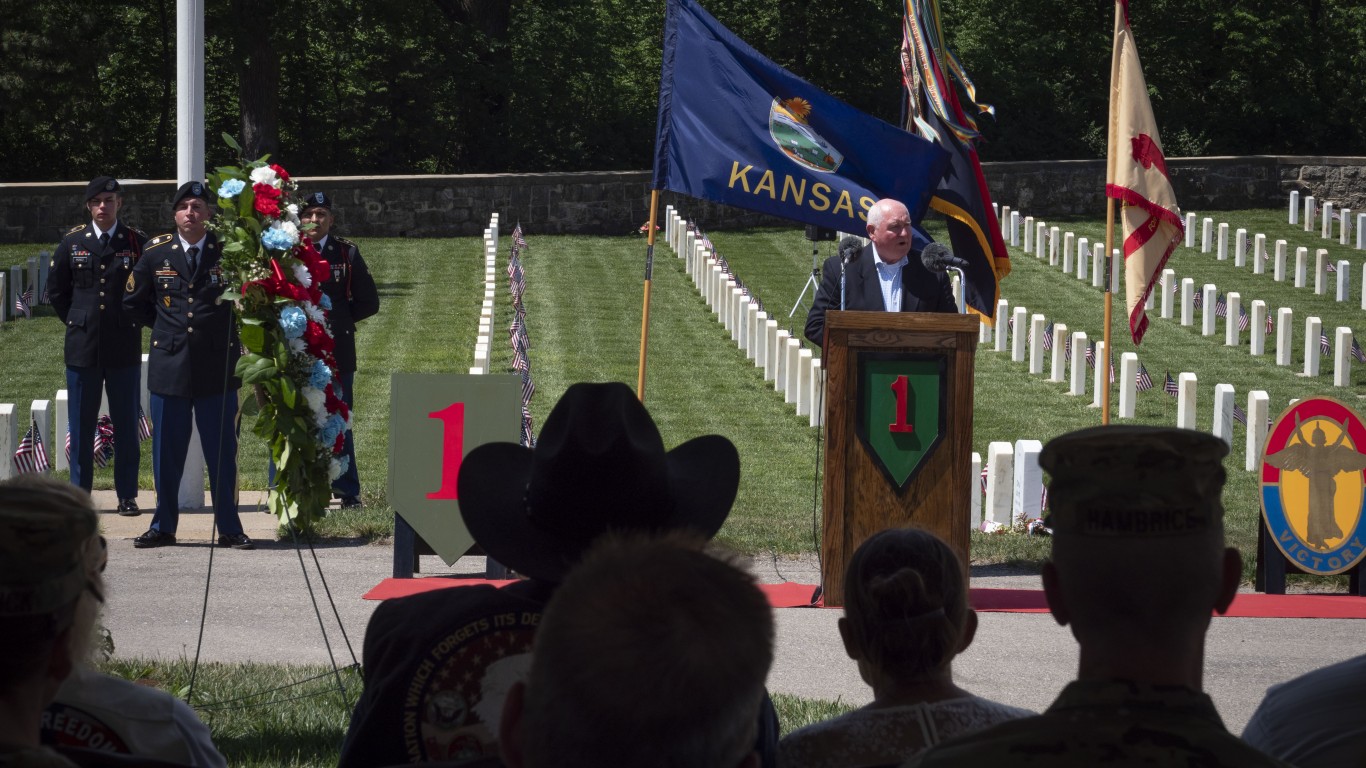 The biggest military city in Kansas, and the second largest in the nation, is Manhattan, where Fort Riley is based. There are 15,078 active duty military members in Manhattan, or 15.4% of the population, the second-highest percentage of any metro area in the nation. According to the Manhattan Area Chamber of Commerce, Fort Riley’s economic impact on the state was more than $1.73 billion. 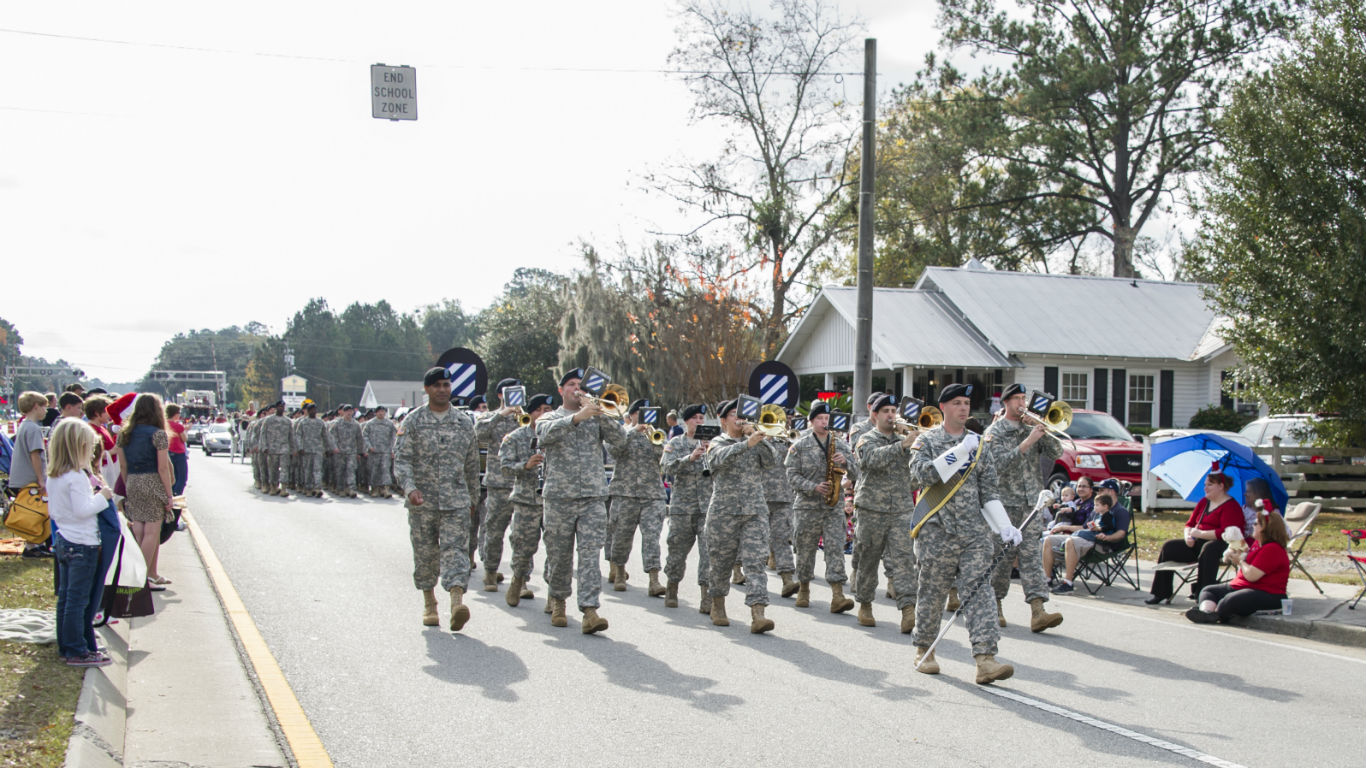 Hinesville, Georgia, holds the distinction as the metro area with the highest percentage of active duty military service members in the nation at 23.9%, or 19,137 troops. Veterans comprise an additional 14.9% of the metro area’s population, the second-highest on our list. Hinesville, which is about 43 miles southwest of Savannah, is home to Fort Stewart, the home of the 3rd Infantry Division, which was activated there in 1996.

Fort Stewart was established as an anti-aircraft training camp in 1940-41, just before the United States entered World War II. During the war, Fort Stewart was used to house German and Italian prisoners of war. It was a training center for troops who went to fight in the Korean War, was redesignated as an artillery firing center in 1959, and helped instruct helicopter pilots during the Vietnam War.