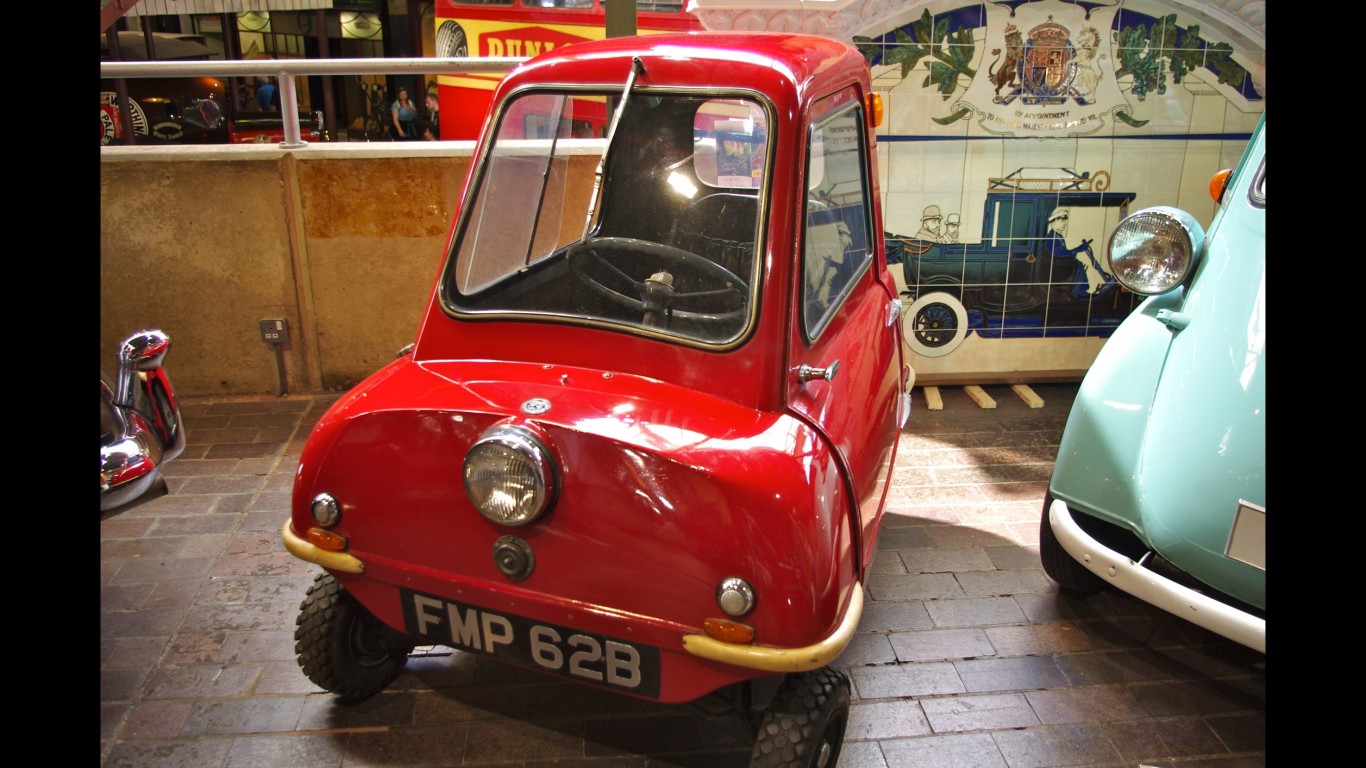 At 4.5-feet long, no one is going to mistake the British-made Peel P50 for a muscle car. The three-wheeled vehicle once held the distinction as the smallest car ever produced, according to the Guinness Book of World Records. Just 50 of them were manufactured and those that are still tooling about appear on British television shows as something of a novelty item. The car has one headlight in the middle, one windshield wiper, and one door. And it seats one. 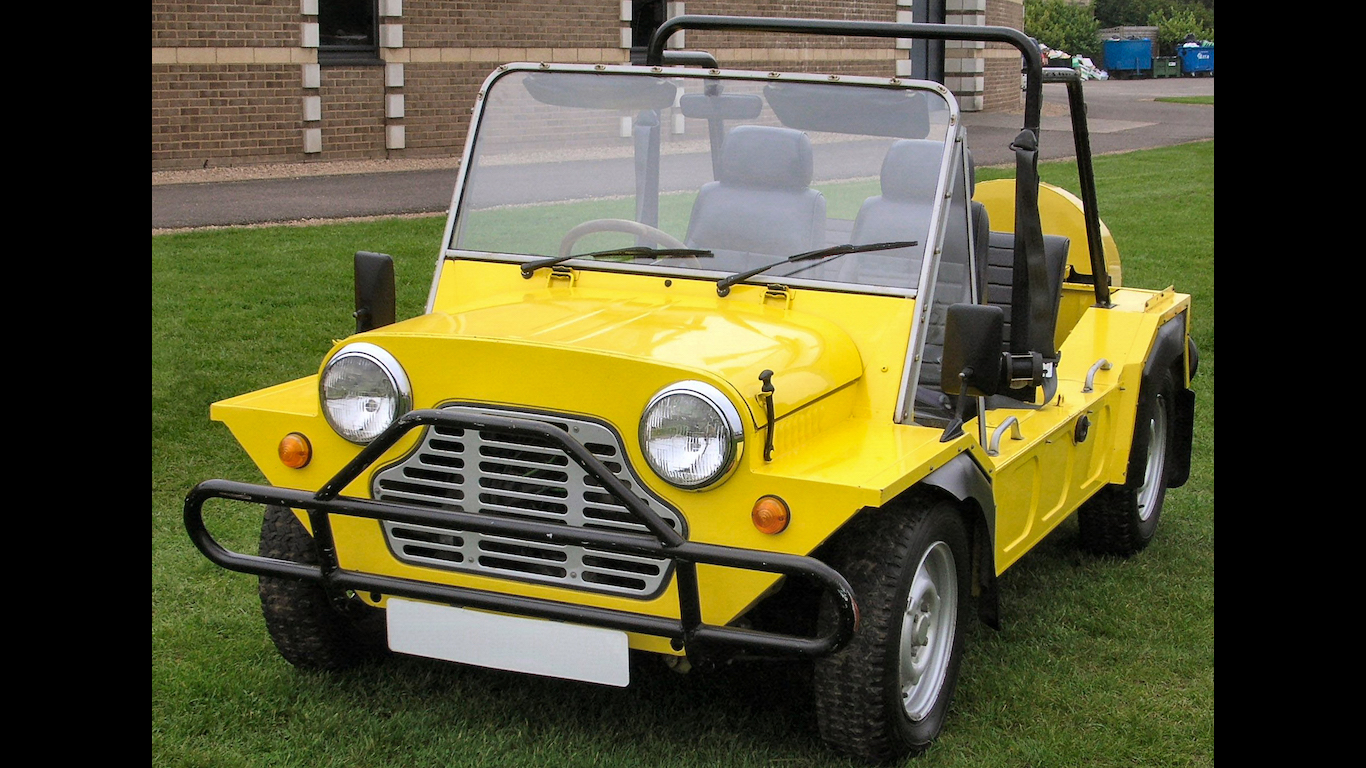 The Mini Moke, built by the British Motor Company, was inspired by the Jeep, which was used by the Allies during World War II. The vehicle’s low clearance made it unsuitable to serve the military. The Mini Moke had no doors, windows on the side of the vehicle, and there was no hard top. About 50,000 Mokes were sold between 1964 and 1992. It was popular in warm climates such as the Caribbean and Hawaii and was favored by surfers. There is an electric version made by Moke America, starting in 2017, and sold only in the United States. 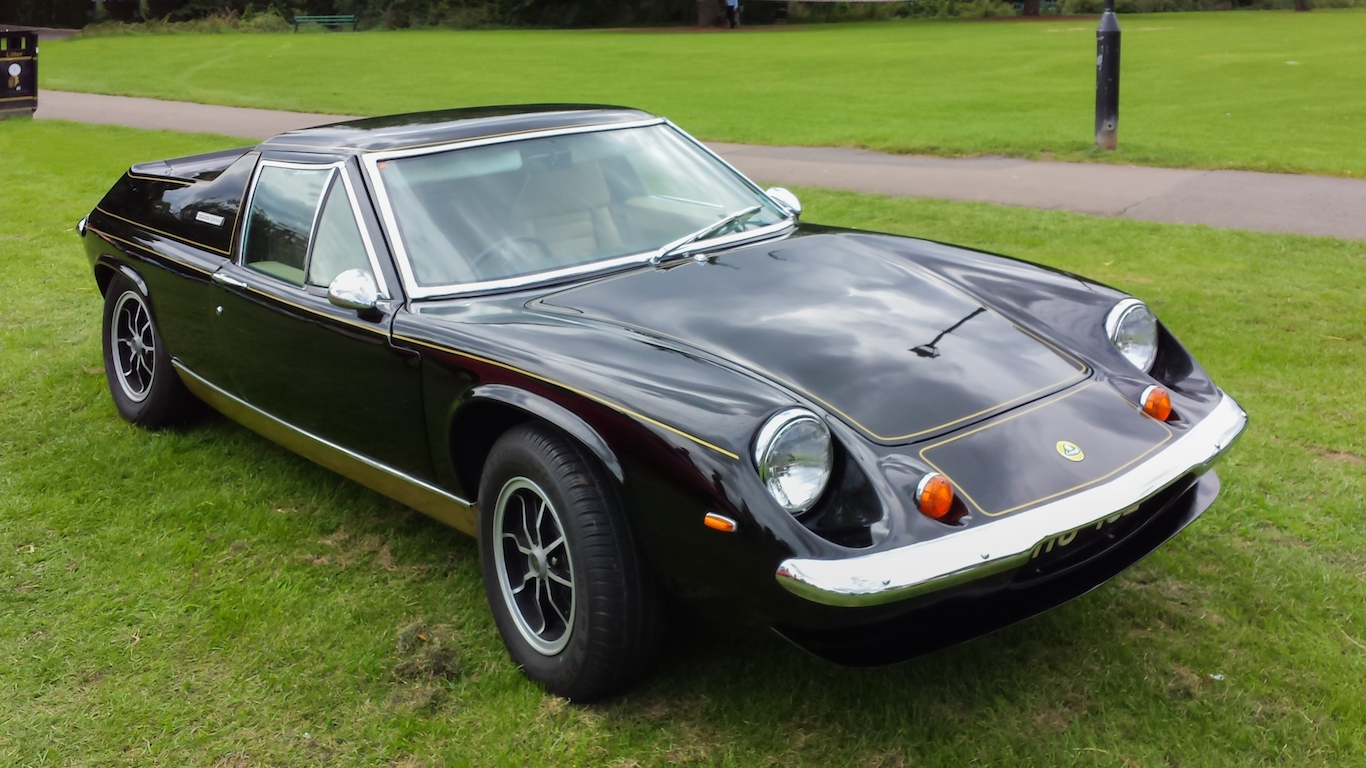 Car buyers liked the way the Lotus Europa handled and the fact that its designers made it to cut down on drag. Lotus founder Colin Chapman’s idea was to keep the car’s weight centered; he wanted it to be small and light. The car was made of lightweight fiberglass. Buyers also appreciated that it was a lower-cost option to the Lotus Elan. However, the styling left something to be desired. Inside, the seats were fixed in one position and drivers had to raise or lower the pedals themselves. Lotus discontinued production in 1975 after selling about 9,000 cars. 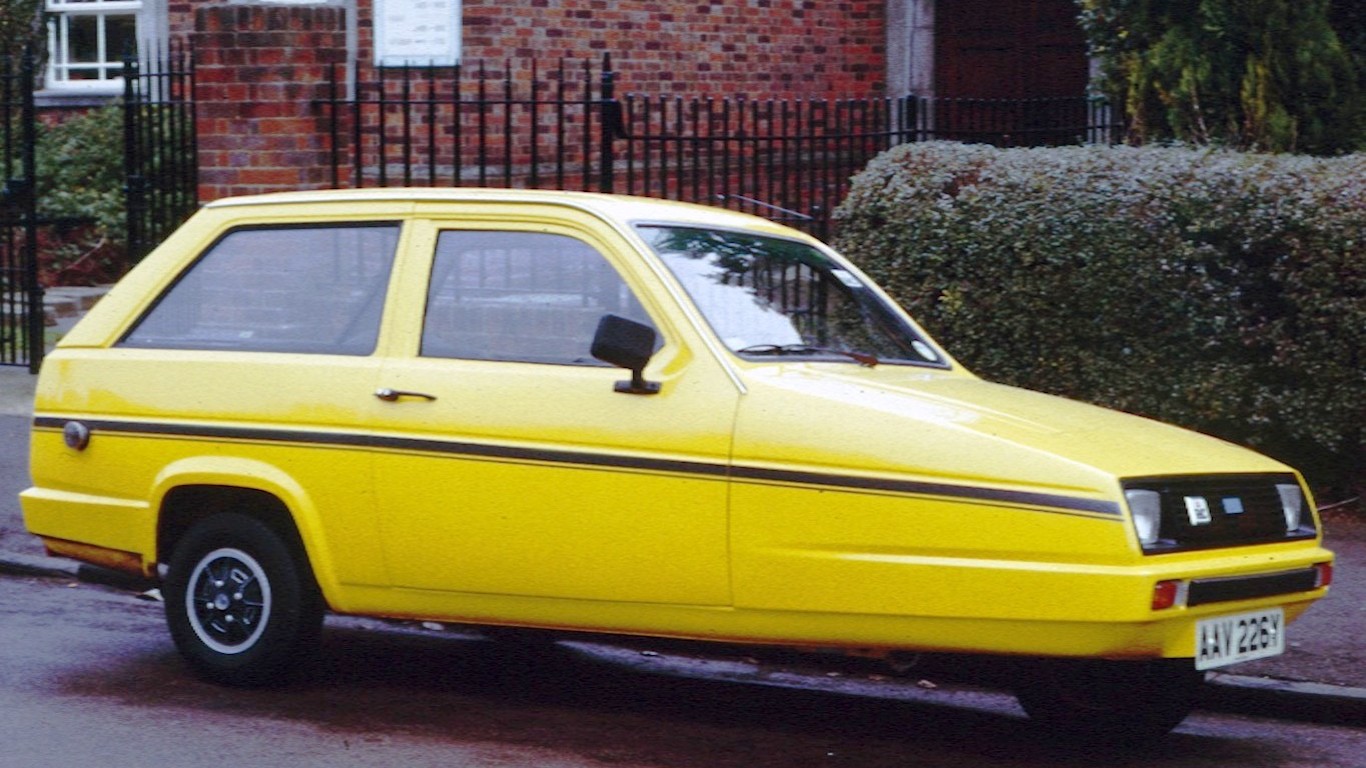 The Reliant Robin was another British-built three-wheeled vehicle, only this car had the single wheel in front, unlike the Peel P50, another British-made car with three wheels, with the single wheel in back. The car was built this way so it could be driven on English roads with just a motorcycle license. The fiberglass Robin was introduced in 1973, and drivers quickly found out that the car tended to wobble because of the single front wheel. There were other issues as well, such as its doors cracked when the car encountered strong winds. Sometimes the steering wheel could pop off without warning. Even so, 63,000 vehicles were sold. 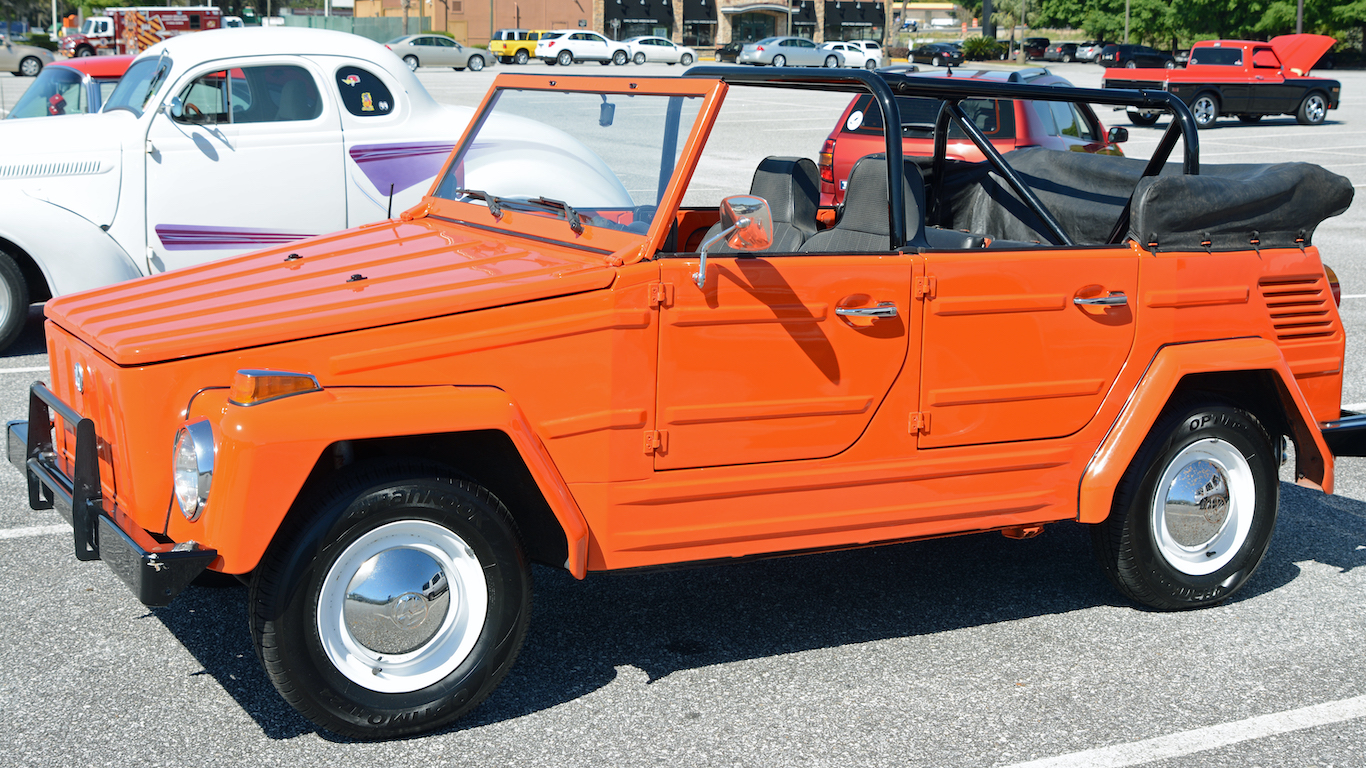 Naming an automobile “The Thing” might not have been one of the great triumphs in marketing, yet despite that off-putting moniker, the vehicle was in production from 1969 to 1980. The Thing came about because military services in Europe were looking for a vehicle similar to the American Jeep. Volkswagen produced the vehicle that was known as the Kubelwagen. It came to America in 1973, where it was called The Thing. It was a bare-bones vehicle with not much styling. It did have good ground clearance and wide windows. There was little in the way of safety features other than seat belts.