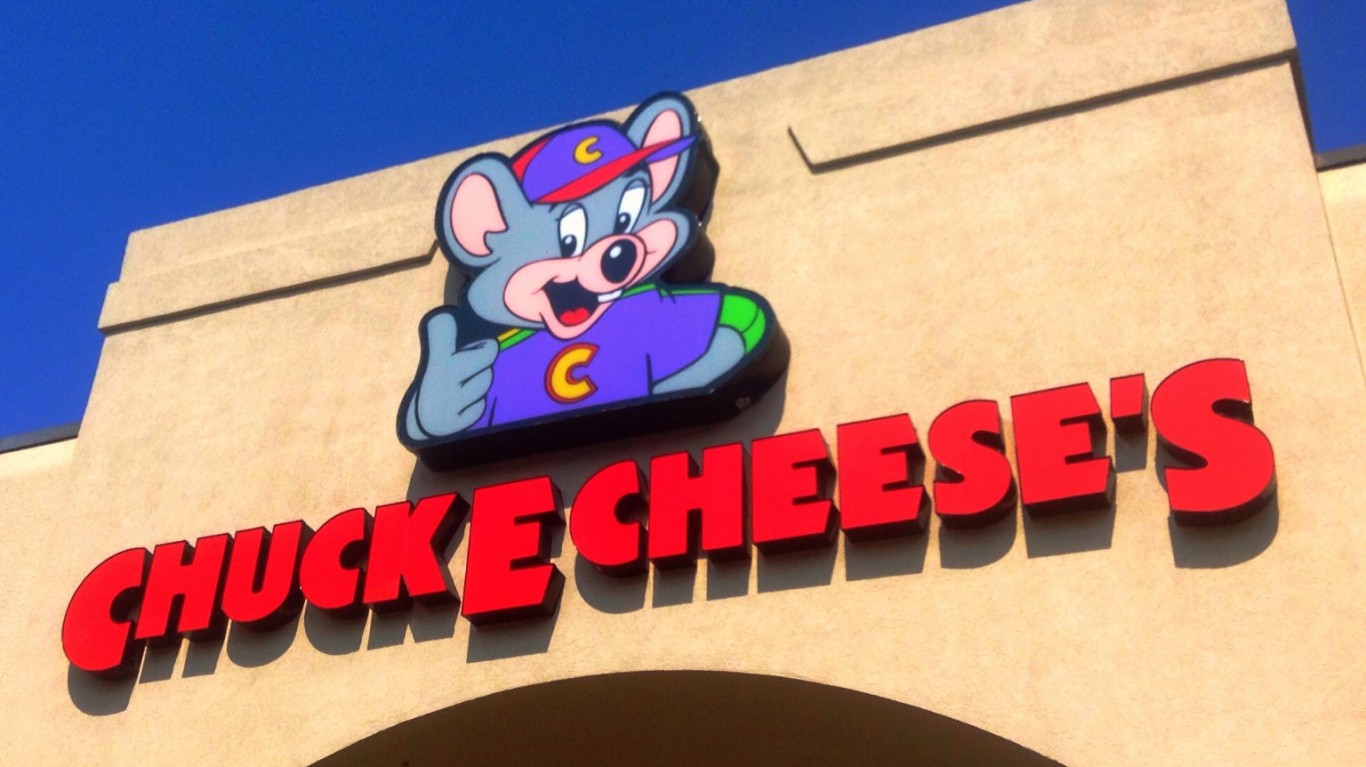 Created in California by the co-founder of the Atari video game company and now based in Texas, Chuck E. Cheese is perhaps better known for its video game arcades, animatronic cartoon figures, and costumed kids’ birthday shows than for its food. Nonetheless, pizza is a large part of the experience, both DIY and house-designed (like Five Meat and Cali Alfredo), and Restaurant Business positions the chain firmly within the pizza category. The extensive menu also includes wings, sandwiches, a salad bar, and a host of desserts, for birthdays and otherwise. 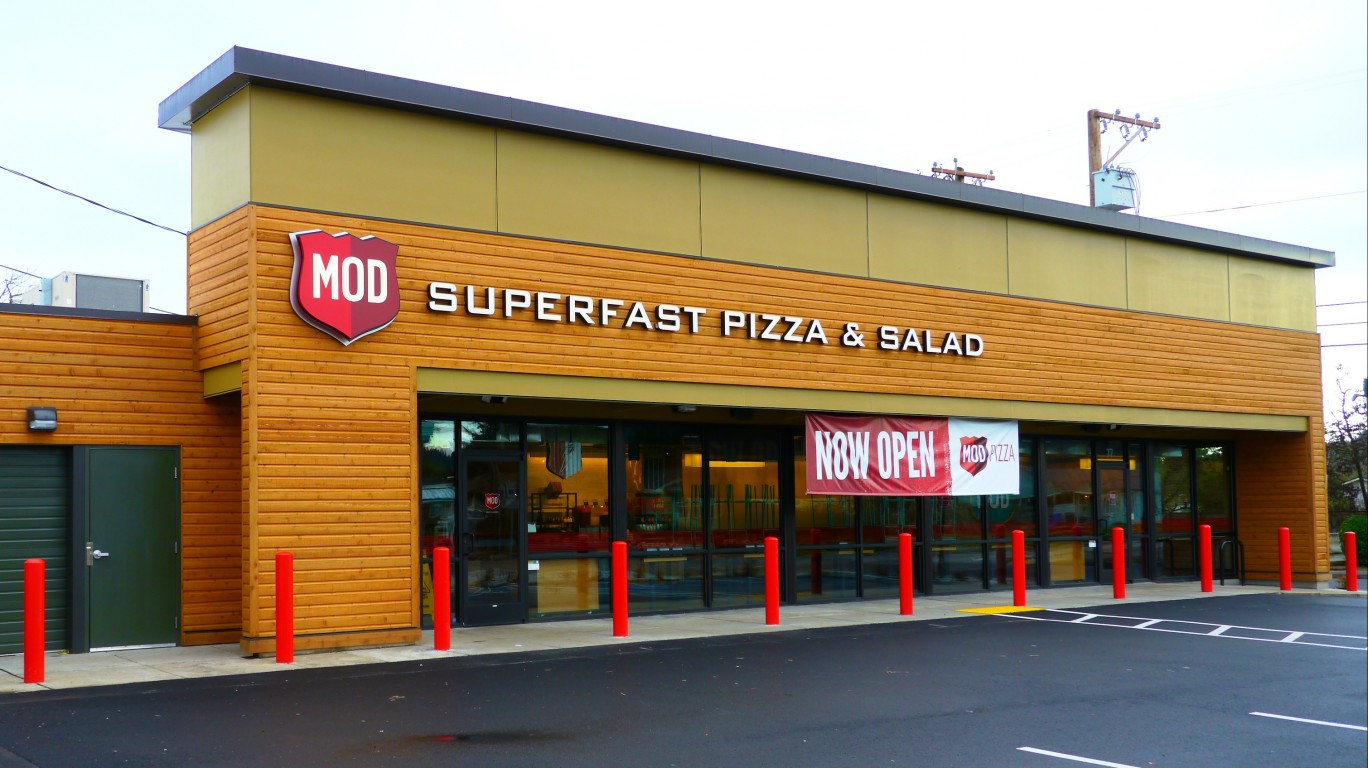 Founded in Seattle in 2008, MOD serves individual-size “artisan-style” pizzas made to order with a choice of more than 30 toppings. Among the more uncommon ones are spicy chicken sausage, fresh-chopped basil or rosemary, dairy-free cheese, and “Mama Lil’s Sweet Hot Peppas.” 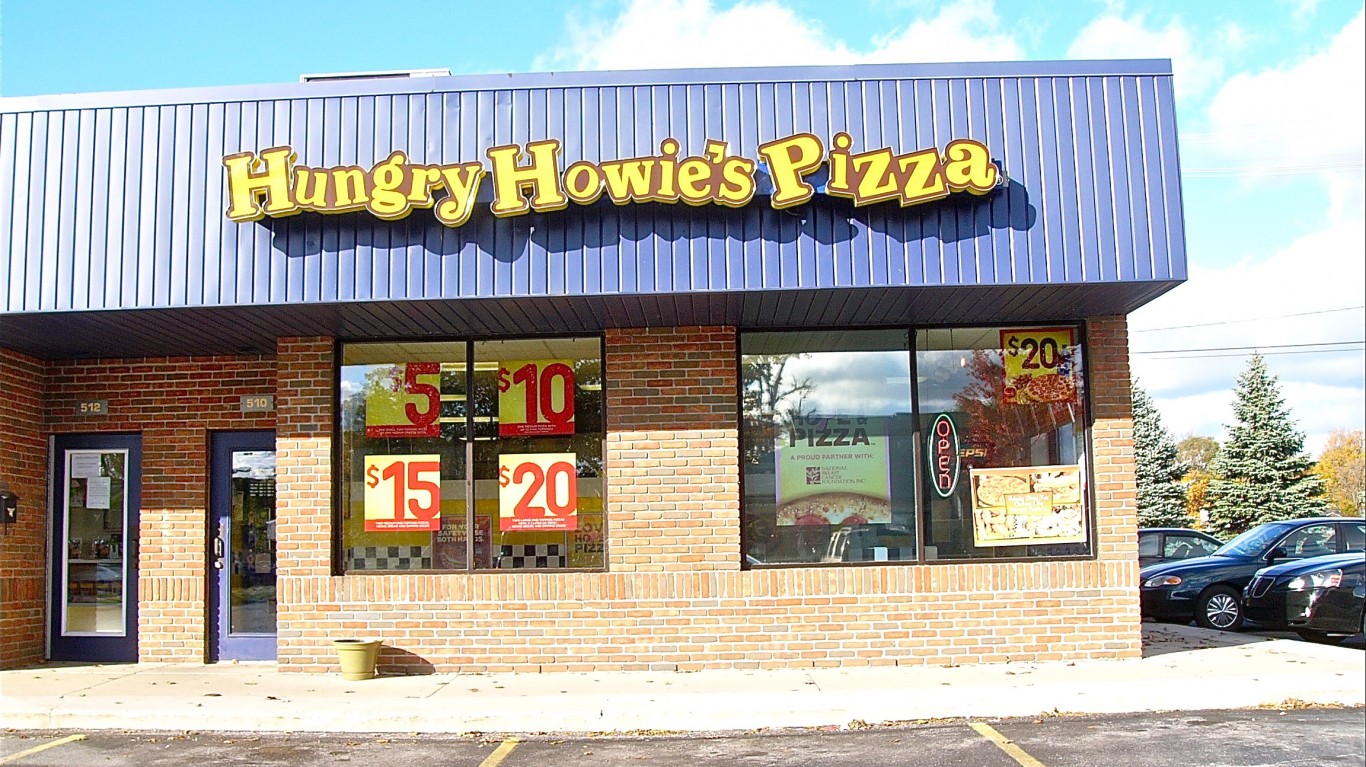 Like Jet’s Pizza (No. 11), Hungry Howie’s got started in a suburb of Detroit — in this case in 1973. The chain’s claim to fame is having invented Flavored Crust options (asiago cheese, garlic herb, ranch, etc.). Available in five sizes, with four crust variations (one of them gluten-free), the pizzas include Asian Chicken, Bacon Cheddar Cheeseburger, and Howie Maui versions, with 19 toppings available for those who prefer to build their own. 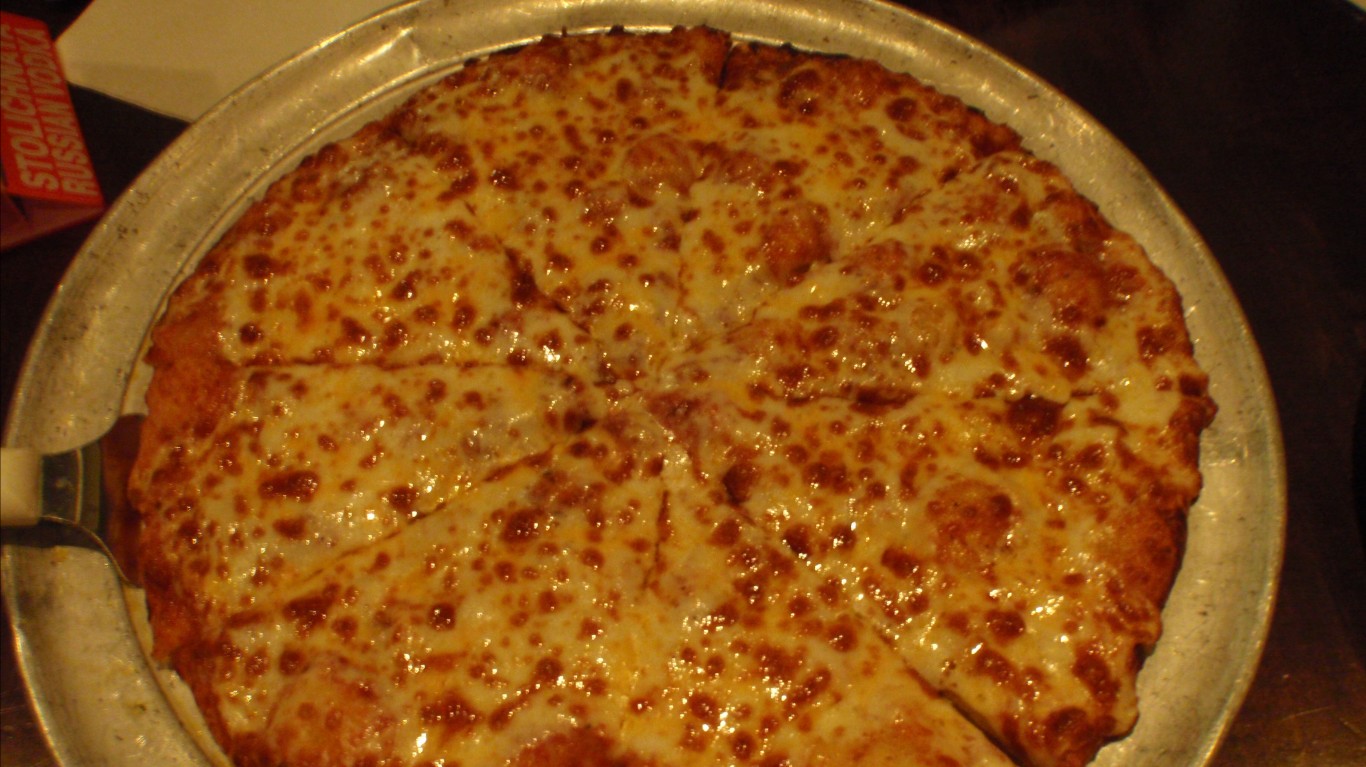 Launched in Menlo Park, California, in 1959 — a dozen years before anyone called the area Silicon Valley — and now based in Atlanta, Round Table styles itself “Pizza Royalty.” Made in five sizes, the pies include King Arthur’s Supreme (pepperoni, Italian sausage, salami, linguica, mushrooms, green peppers, onions, and black olives) and Guinevere’s Garden Delight (the same but without the meats and with tomatoes added). Diners may also construct their own, choosing from more than 20 toppings. 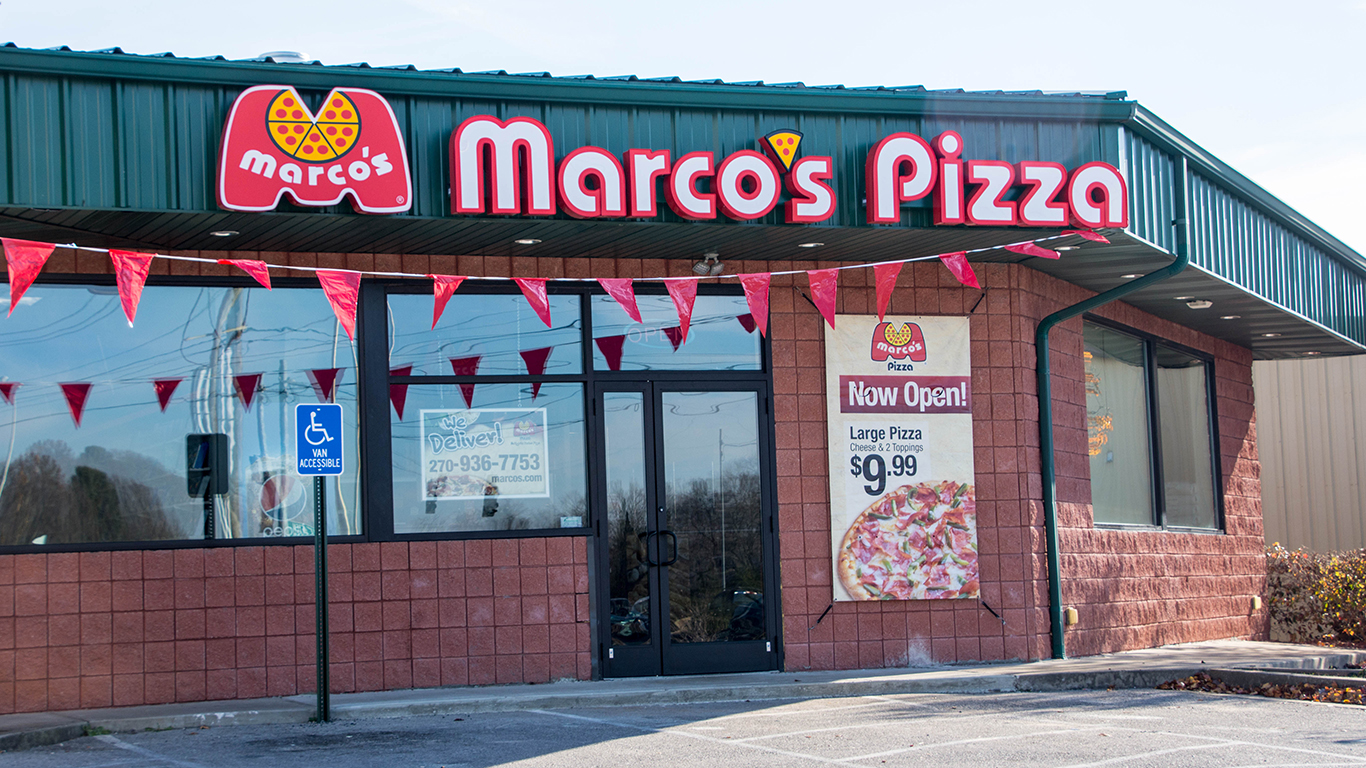 Ohio-born and -based Marco’s, opened by Italian immigrant Pasquale Giammarco in 1978, offers half-a-dozen pizza variations — nothing too crazy — as well as a build-your-own option. Dough and sauce are made daily in each store, and all pizzas involve a proprietary three-cheese blend (which might be a mixture of mozzarella, provolone, and muenster) and sometimes other cheeses as well.