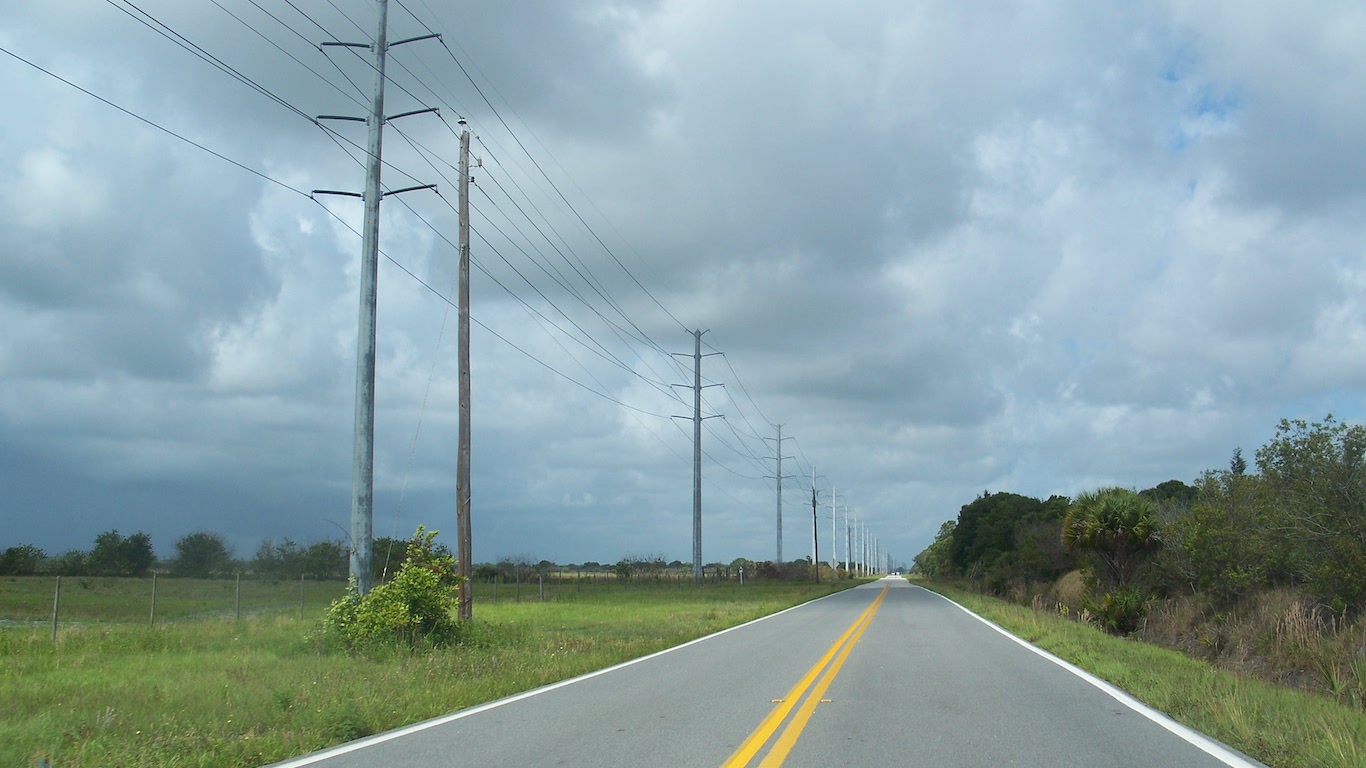 Micco, Florida, is a small unincorporated place along the Indian River in eastern Florida. The area has been particularly hard hit by the opioid epidemic. In Micco and across the broader county, between 2015 and 2017 there were 35 drug overdose deaths on average each year for every 100,000 people, well above the 20 per 100,000 national rate.

Financial hardship is also more common in Micco than it is nationwide. Half of all households in Micco earn an income of less than $36,000 a year. Meanwhile, most households nationwide earn over $60,000 a year. Not only are incomes low in the town, but it also has a high cost of living, meaning a dollar does not go as far as it might elsewhere. Goods and services in Micco are 8% more expensive on average than they are nationwide. 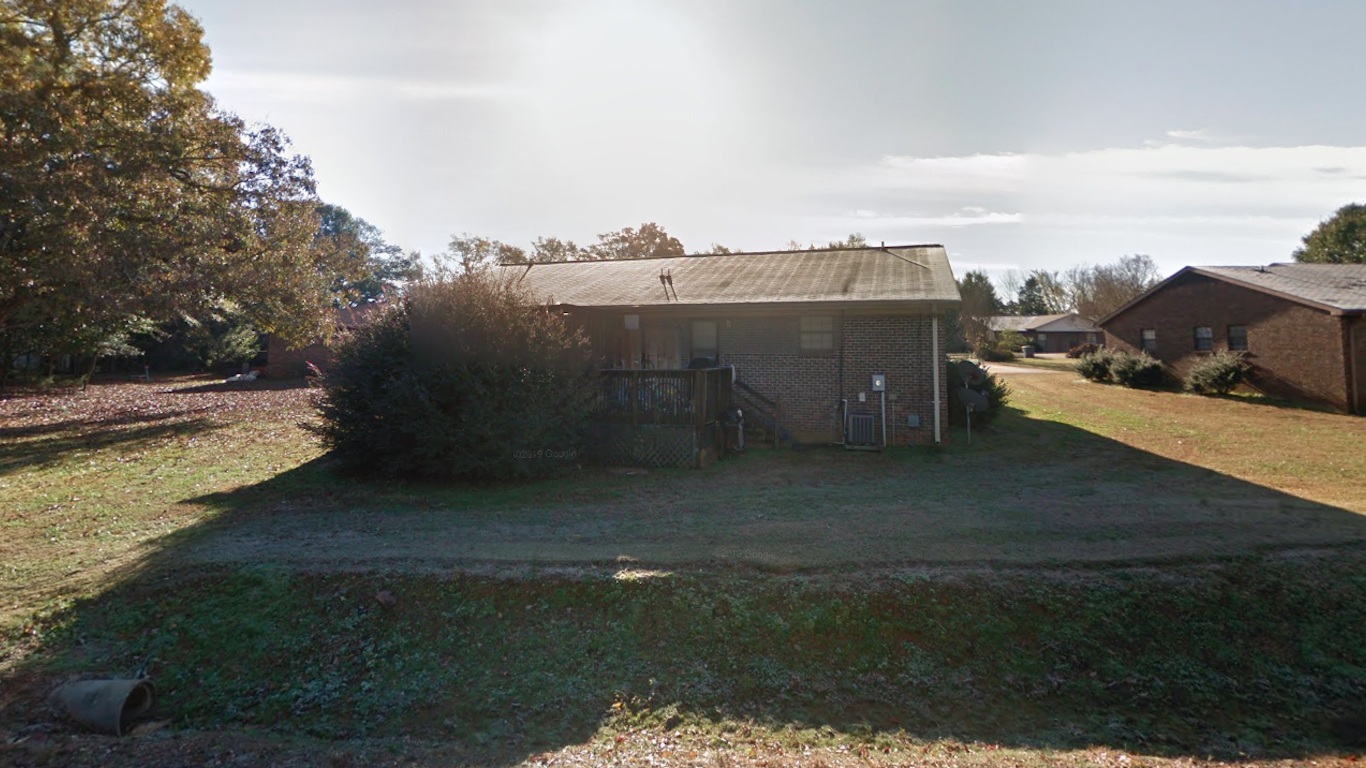 Berea, an unincorporated place in northwestern South Carolina, just outside of Greenville, ranks on this list largely because its poor ranking in several quality of life measures. For example, 25.0% of the population live below the poverty line, well above the 14.1% national poverty rate. For many area residents, money is not the only factor limiting access to fresh, nutritional food. An estimated 72% of Berea residents live at least a mile from the nearest grocery store in urban areas and at least 10 miles in rural areas. 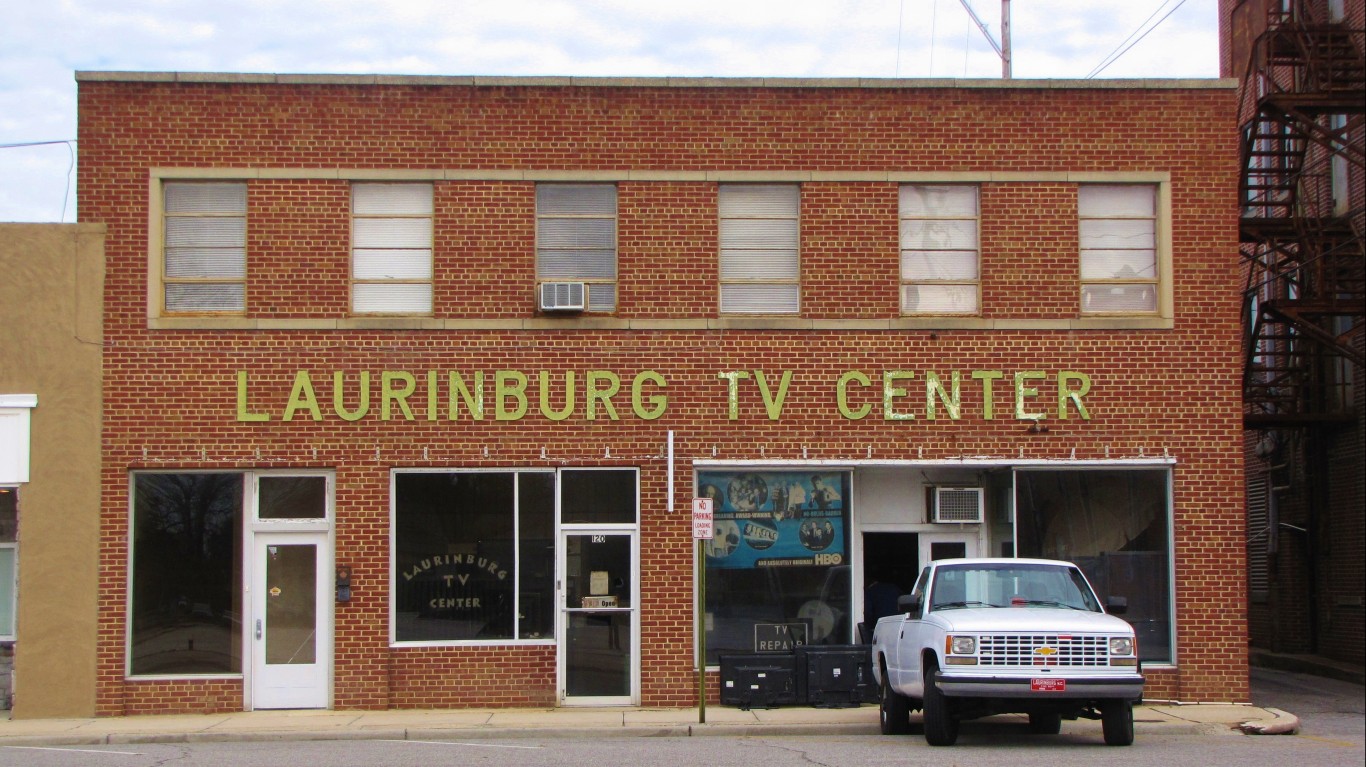 Laurinburg, a small city in southern North Carolina, ranks among the worst cities to live in largely for economic reasons. Over a third of Laurinburg residents live below the poverty line, more than double the 14.1% national poverty rate. Half of all area households earn less than $30,000 a year, and 17% of all households earn less than $10,000. Poverty in Laurinburg would likely be somewhat alleviated with a stronger job market. The city’s unemployment rate of 14.2% is more than double the comparable 5.9% national rate. 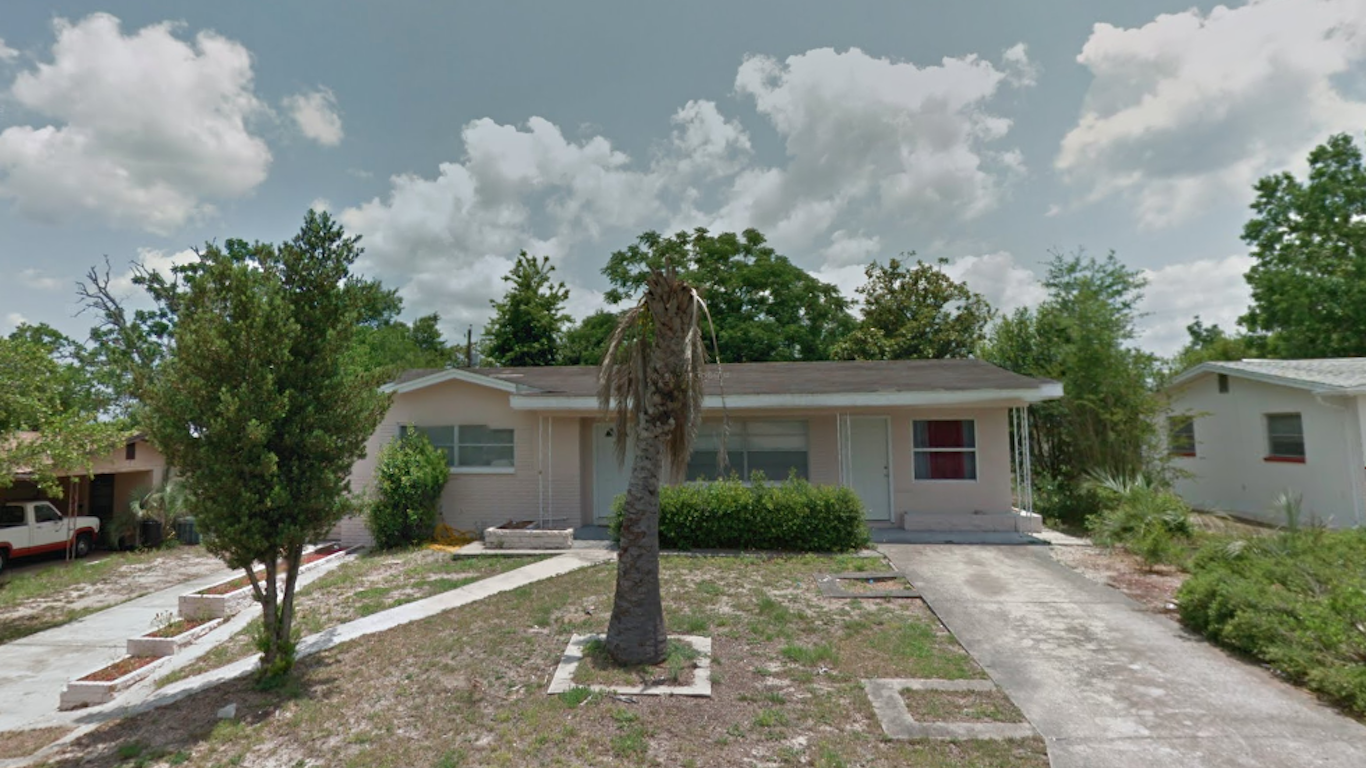 Beverly Hills, Florida, is one of several southern cities, towns, and unincorporated areas on this list where a large share of the population are struggling financially. The majority of households in Beverly Hills have an income of less than $30,000 a year, and more than one in every four area residents live below the poverty line. Joblessness is also widespread as unemployment stands at 13.4%, more than double the comparable 5.9% national five year unemployment rate. 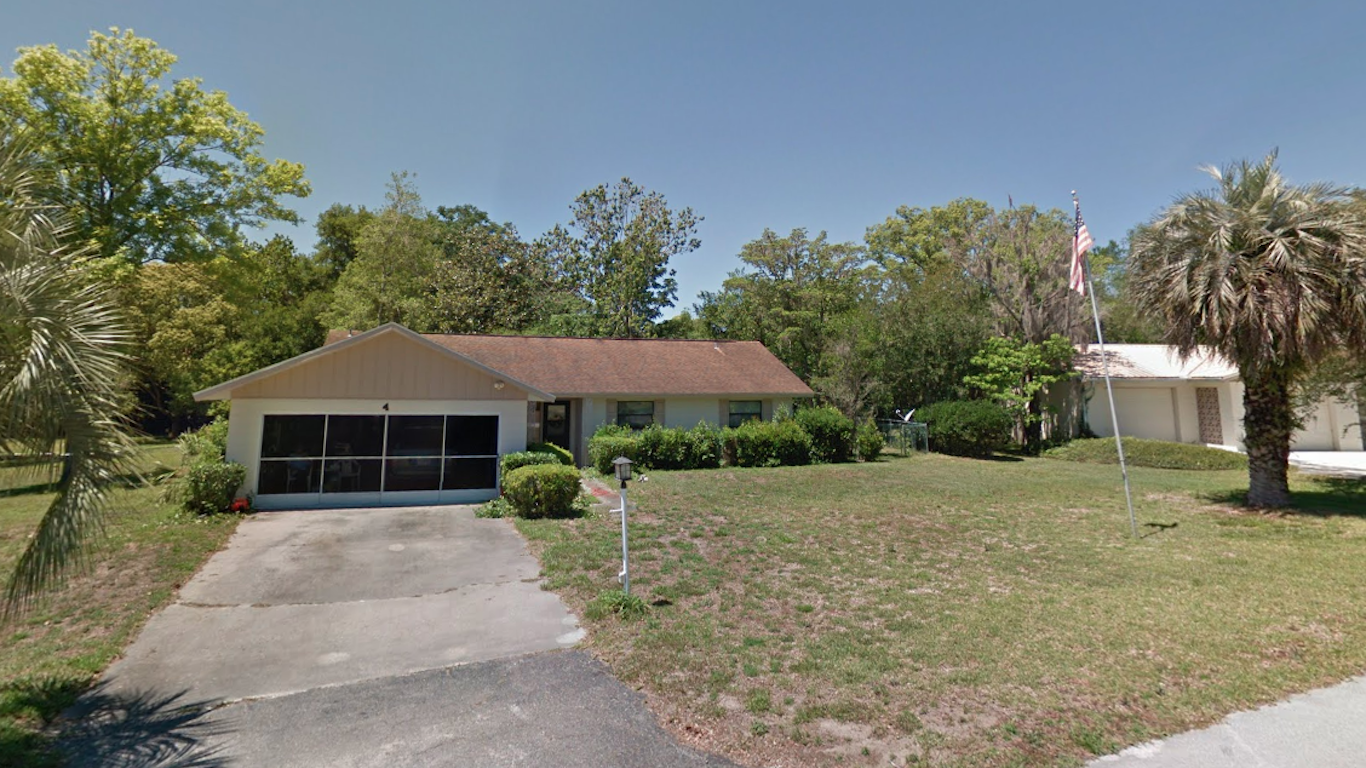 Silver Springs Shores is a small unincorporated community in north-central Florida. It ranks on this list due in large part to weak economic indicators. The area’s five year unemployment rate of 16.0% is nearly triple the comparable 5.9% national rate. A weak job market is also likely discouraging labor force participation as only 34.4% of the population are employed, well below the 47.3% national average.

Quality of life in the area is reduced for many by limited access to emergency health care services. The nearest hospital to Silver Springs Shores is nearly 10 miles away.