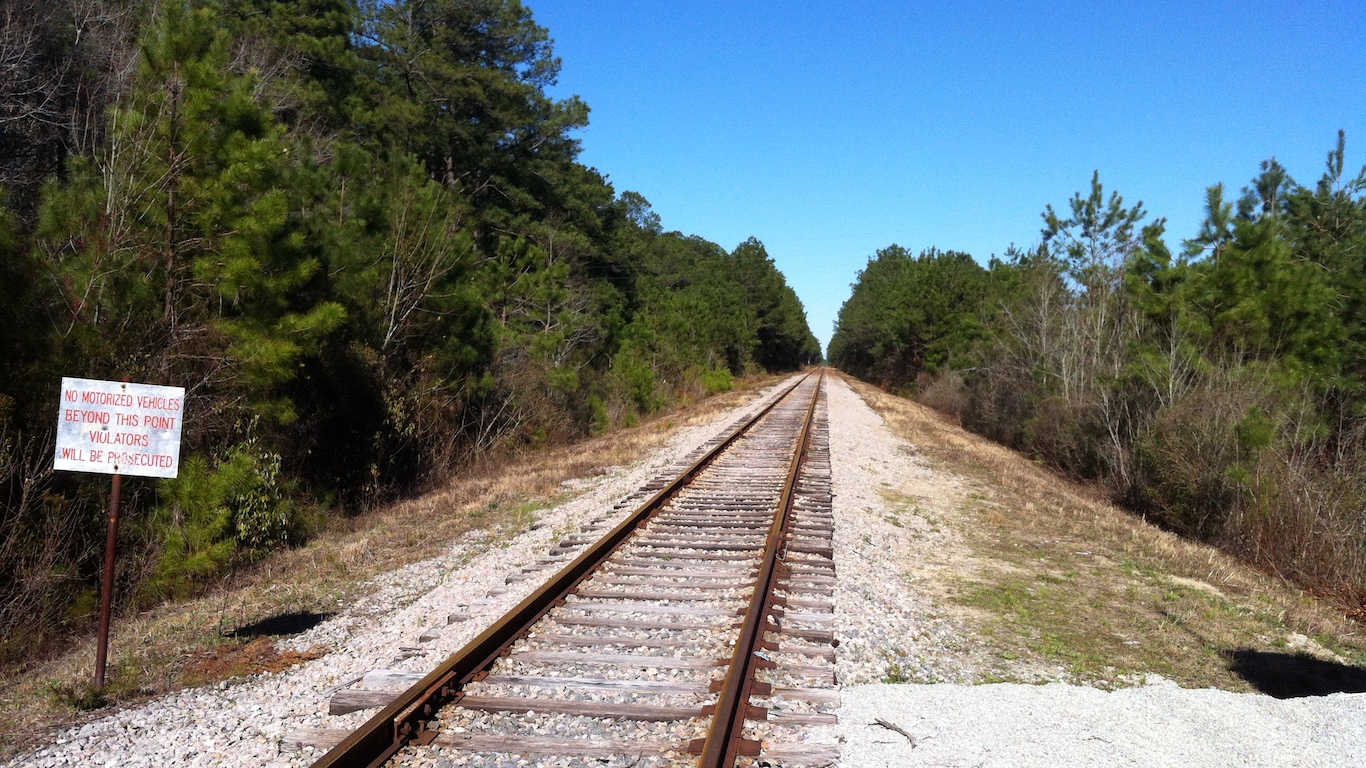 Piney Green, a small Census designated place in eastern North Carolina, is one of two places in the state to rank on this list. According to the U.S. Census Bureau’s five-year unemployment rate figure, 6.9% of the area’s labor force is unemployed, a full percentage point above the comparable national five year rate. Area residents are also more likely to be struggling financially than most Americans as the poverty rate of 18.3% in Piney Green is well above the comparable 14.1% national rate.

A reliable public transit system can improve quality of life in an area, giving commuters more options and allowing those who are unable to drive to maintain independence. Piney Green, however, appears to be lacking in public transit options as 0% workers use it public transit for commuting, according to the census. 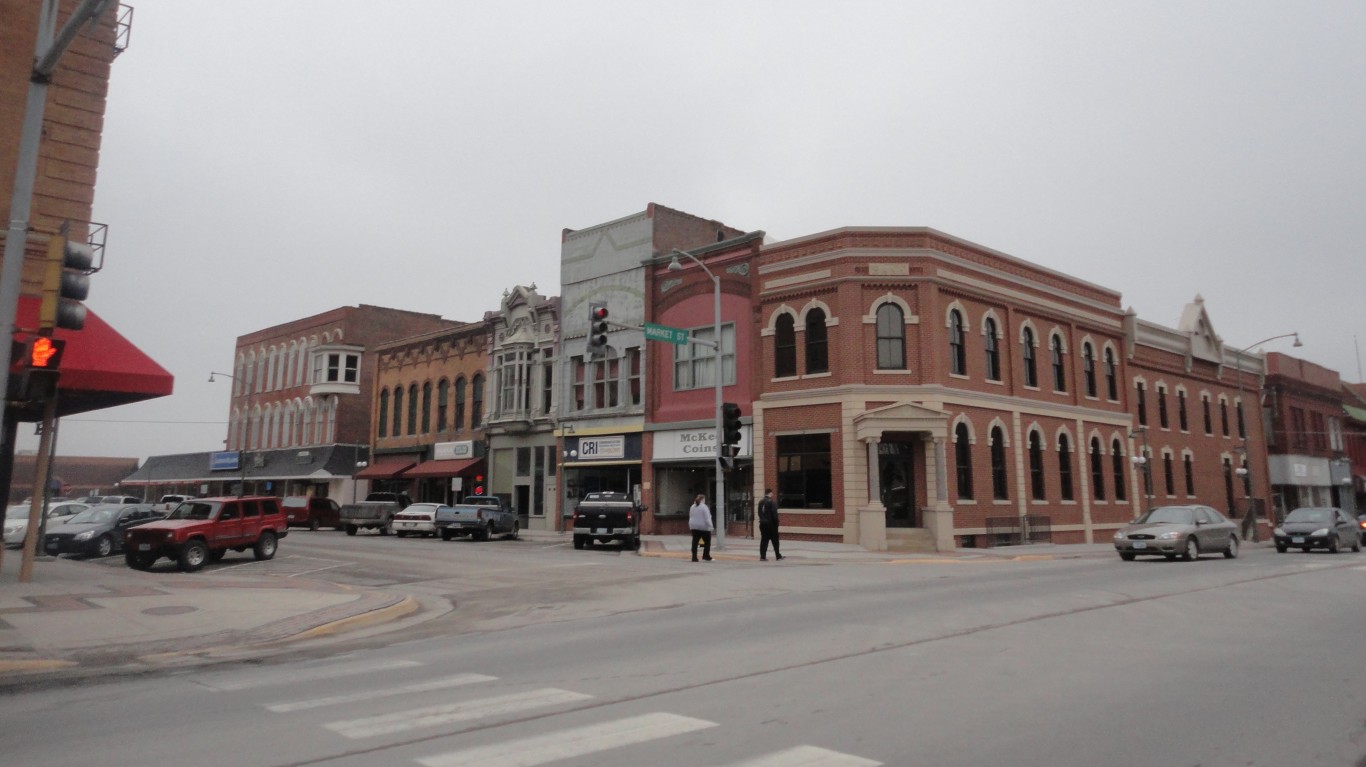 Oskaloosa, Iowa, is a small city about an hour drive southeast of Des Moines. Financial hardship is relatively common in the city as one in every five residents live below the poverty line, well above the national poverty rate of 14.1%. A stronger job market would likely reduce the poverty rate, as the unemployment rate stands at 6.2%, higher than the 5.9% national rate. In the last five years, overall employment in the city fell by 1.5%.

Real estate values can be indicative of an area’s desirability. In Oskaloosa, the typical home is worth just $96,700, less than half the national median of $204,900. Over the last five years, the number of people living in the city declined by 0.2%. 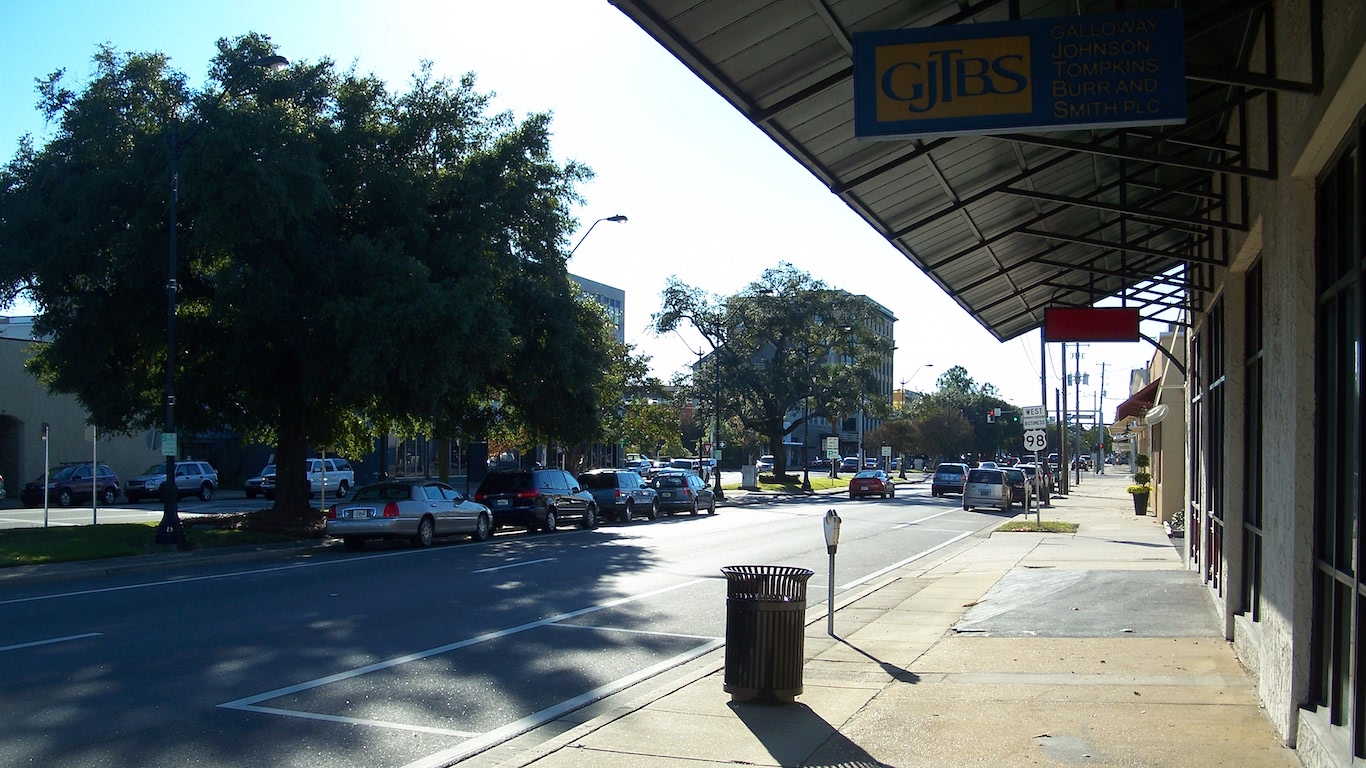 West Pensacola, a census designated place located near the coast on Florida’s panhandle, is one of several places in the state rank on this list. Unemployment is widespread in the area as 11.6% of West Pensacola’s labor force is unemployed, nearly double the comparable national five-year unemployment rate. For those residents who are working, salaries appear to be generally low. The typical household in the has an income of just $35,374 a year — about $25,000 less than the median household income nationwide of $60,293.

Real estate values tend to be lower in areas that are not as desirable, and in West Pensacola, the typical home is worth $60,800, a fraction of the national median of $204,900. 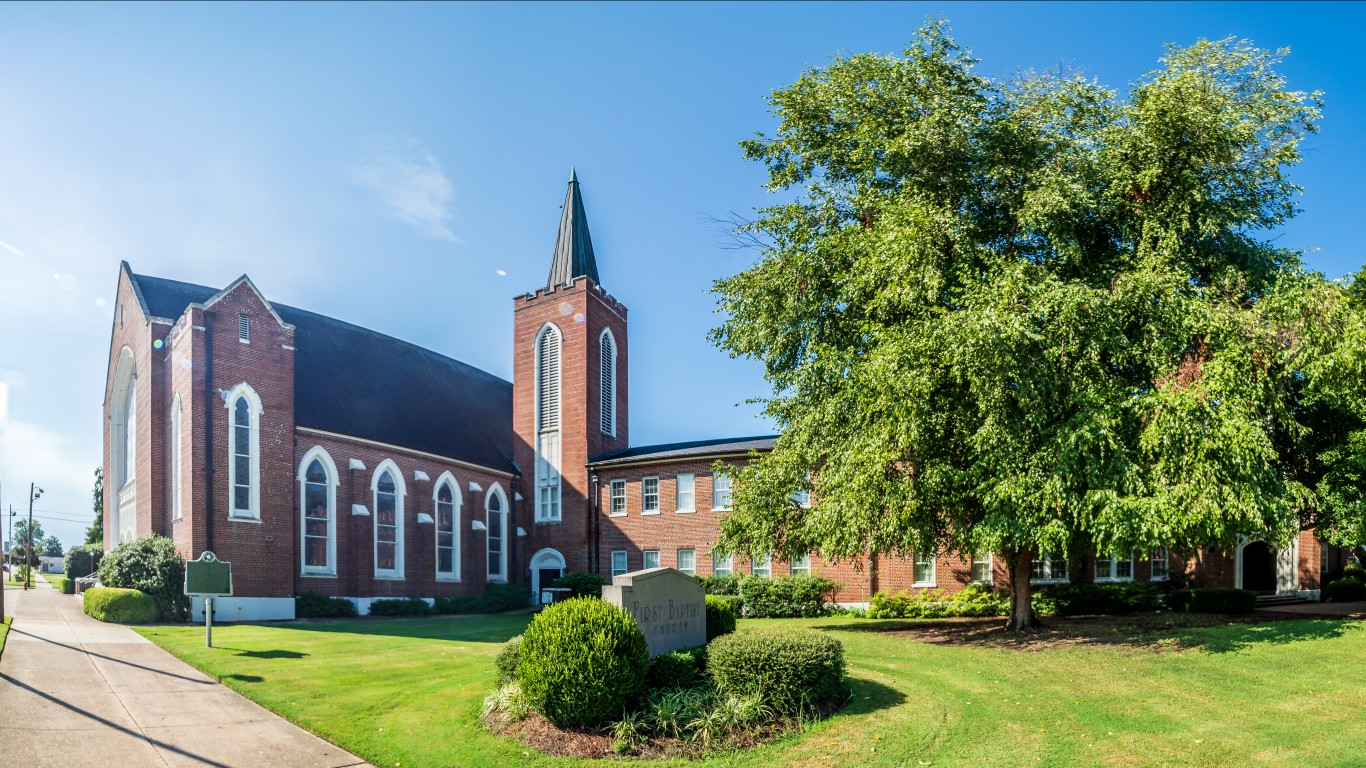 Greenville, Mississippi, is one of the poorest cities in the United States. Over a third of residents live below the poverty line, more than double the 14.1% share of Americans nationwide who do. The widespread financial insecurity is due in part to a weak job market. According to the Census, 14.5% of Greenville’s labor force is unemployed, well more than double the comparable 5.9% national unemployment rate.

A weak economy may be pushing many out of Greenville. The number of people living in the city declined by 7.7% in the last five years.

Moss Point is a small city in the southeast corner of Mississippi. One of the poorest cities in the country, Moss Point has a median annual household income of just $38,210, well below the national median of $60,293. An estimated 14.0% of households in the city earn less than $10,000 a year. Nationwide, 6.3% of households do. Like many cities on this list, Moss Point is shrinking. In the last five years, the city’s population contracted by 1.9%.