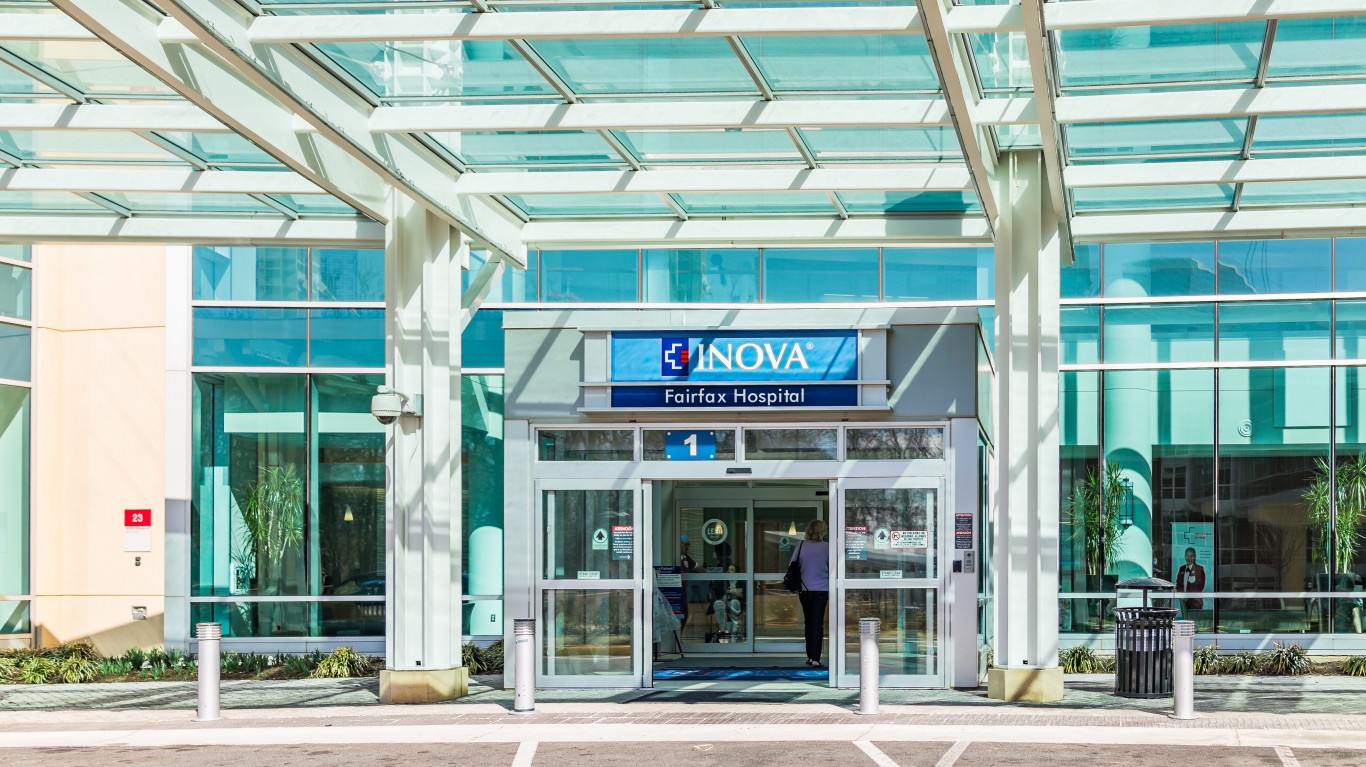 There are 1.5 million Virginia residents 18 and older with unpaid medical bills, or 23.1% of the adult population — a larger share than the 22.7% of American adults saddled with medical debt. Virginians are also more likely to be discouraged from seeking treatment for a medical problem than most Americans.

Overall, people in Virginia appear more likely to lead healthy lifestyles than most Americans. State residents are less likely to smoke and more likely to exercise regularly than average. 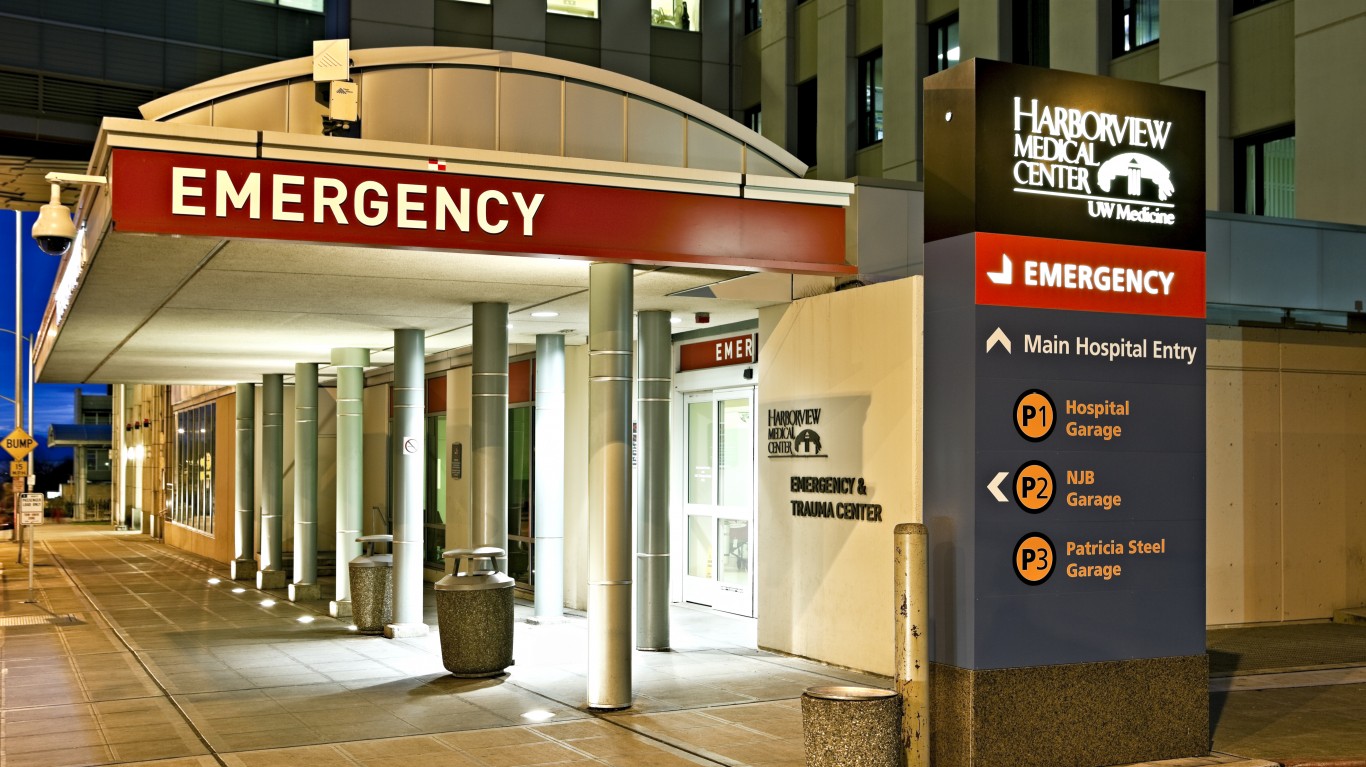 Health insurance coverage significantly reduces out-of-pocket medical expenses. In Washington state, only 6.4% of the population is uninsured, well below the 8.9% national uninsured rate. Washington residents are also far more likely than Americans nationwide to have the financial resources to pay their medical bills. The typical household in the state earns $74,073 per year, about $12,000 more than the typical American household.

Due in large part to these factors, adults in Washington are also far less likely than Americans 18 and older to be saddled with medical debt. Just 17.7% of adults in the state have unpaid medical bills, compared to 22.7% of adults nationwide. 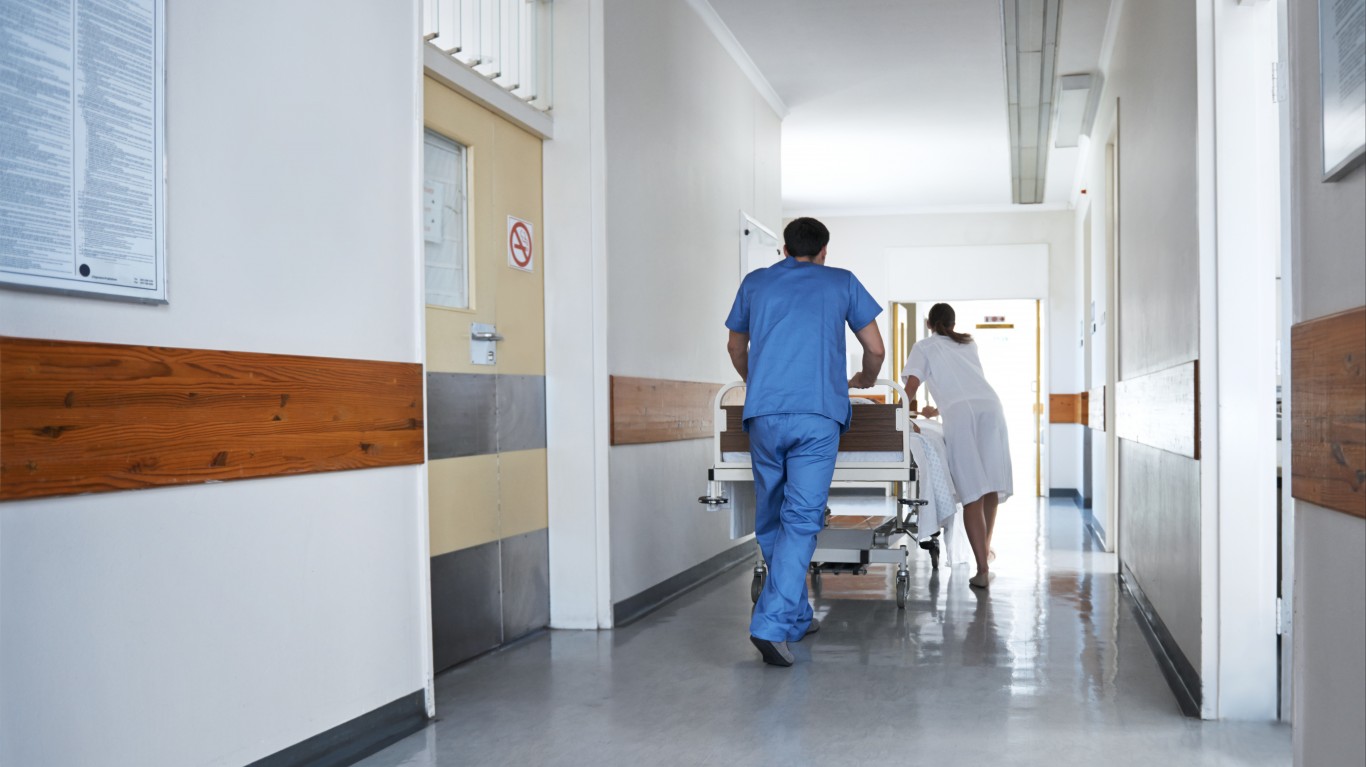 West Virginia is one of only three states where over 30% of the 18 and older population have unpaid medical bills. Even though West Virginians are more likely than Americans in most states to have health insurance coverage, out-of-pocket medical expenses can be high even for those with insurance coverage — and in West Virginia, many lack the financial resources to cover those costs. The typical household in West Virginia earns just $44,097 a year, the lowest median income of any state and nearly $18,000 less than the median nationwide. 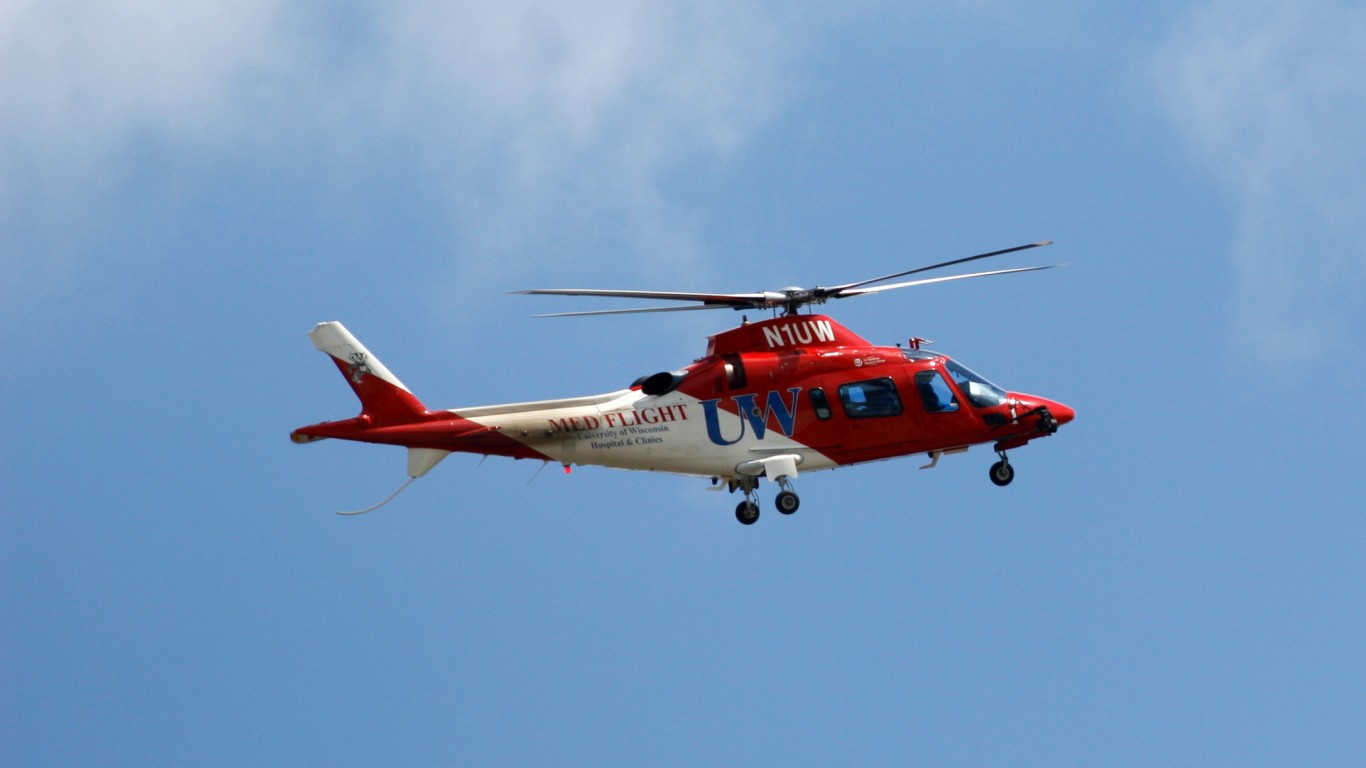 The share of adults in Wisconsin with unpaid medical bills, at 22.6%, is almost exactly in line with the national figure of 22.7%. However, those with medical debt in the state are more likely to have more of it compared to the average nationwide. The median amount of debt that has been turned over to collections agencies in Wisconsin is $1,015, more than in all but two other states and well above the national median of $694.

Older Americans typically need more frequent, and often more expensive medical treatment. In Wisconsin, 17% of the population is 65 or older compared to 16% of the total U.S. population. 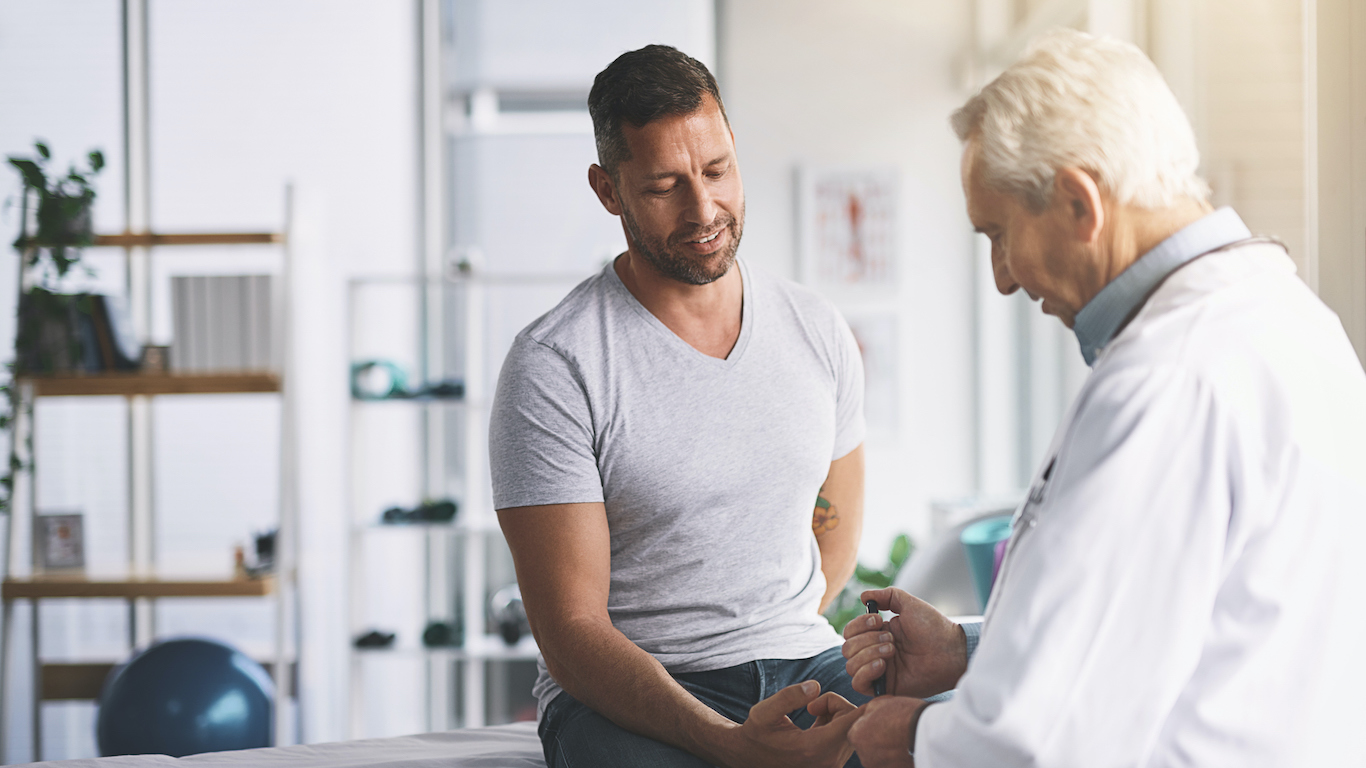 In Wyoming, 26.8% of adults have not sought treatment for a medical problem because of concerns related to cost, well above the comparable national share of 20.6%. Indeed, the share of adults who are saddled with medical debt in the state is higher than the national average.

Out-of-pocket medical costs are higher for Americans without insurance, and in Wyoming, 10.5% of the population is uninsured.