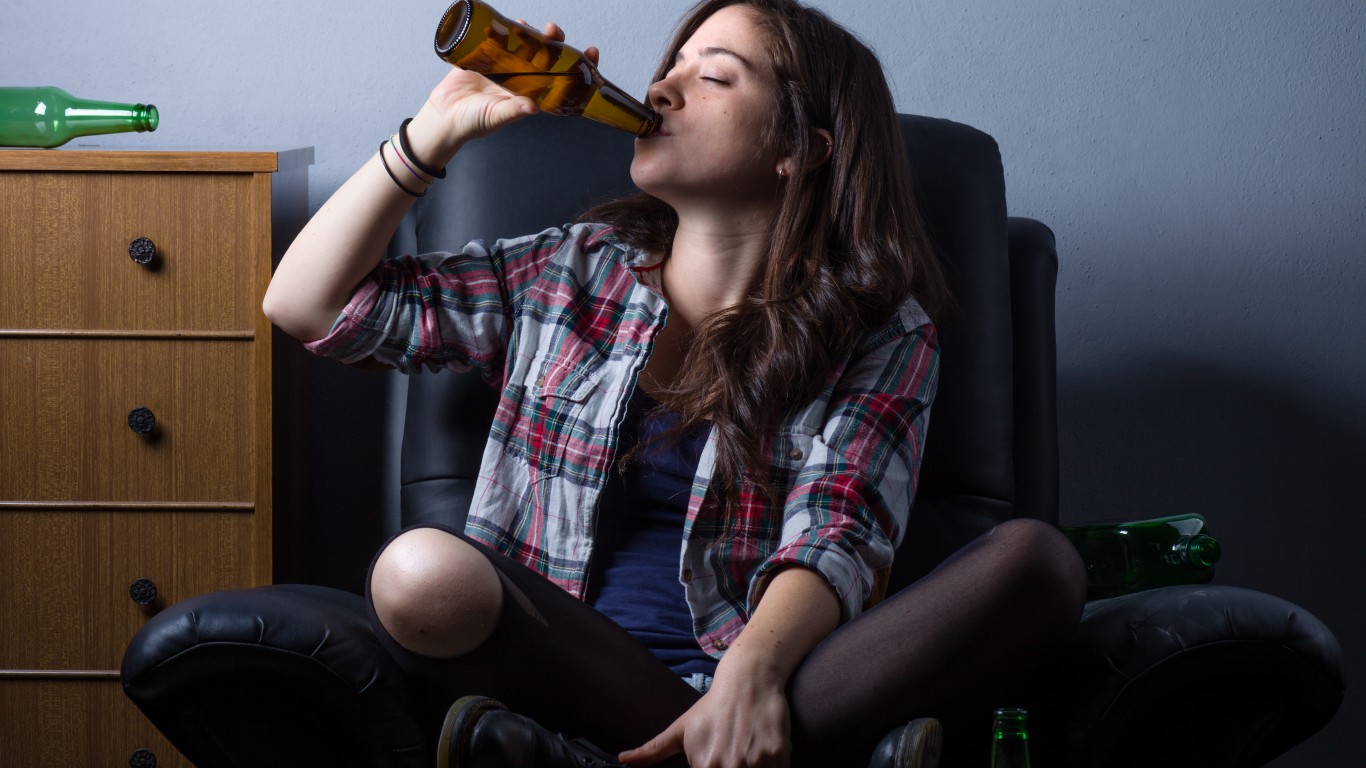 Alcohol is the most commonly abused drug among young people in the United States, according to the CDC. The 2017 Youth Risk Behavior Survey found that 30% of high school students drank some amount of alcohol every month and 14% binge drank. Last year, 4% of 8th graders and 14% of 12th graders binge drank in a period of two weeks, according to the Monitoring the Future Survey.

Alcohol can have negative effects on a child’s brain, which is still developing until the early 20s. A kid’s problem-solving skills and performance at school may suffer. In the long term, alcohol can negatively affect children’s mood, memory, and mental health.

Drinking too much is the fourth leading preventable cause of death in the United States. It kills one in 10 working-age adults, or about 88,000 people every year, cutting the lives of those who died by an average of 30 years, according to the CDC — here are the drunkest cities in every state. 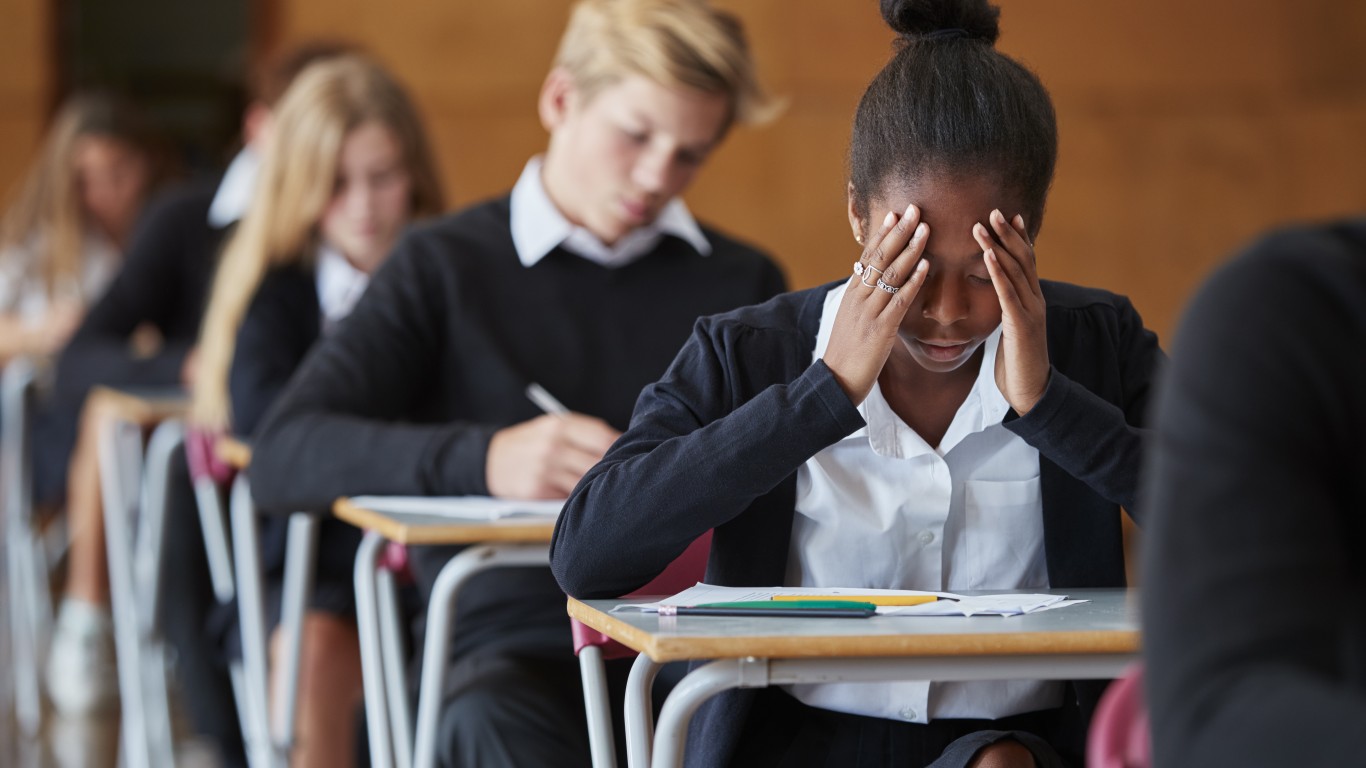 Stress has been a common area of concern for parents at least since 2015, with about 40% of adults identifying it as a problem, according to the Mott Poll. Too much stress may negatively affect how children think, behave, and feel. Anxiety in children has been steadily rising, according to the National Institutes of Health.

Almost 1 in 3 of all adolescents between 13 and 18 years of age will experience an anxiety disorder. Between 2007 and 2012 alone, anxiety disorders in children and teens went up 20%. Some of the biggest reasons why children feel stress are high expectations and pressure to succeed. Some of the physical symptoms of stress are changes in eating habits, headaches, nightmares, and stomach pain.

24/7 Wall St.
States Where Bullying Is the Biggest Problem 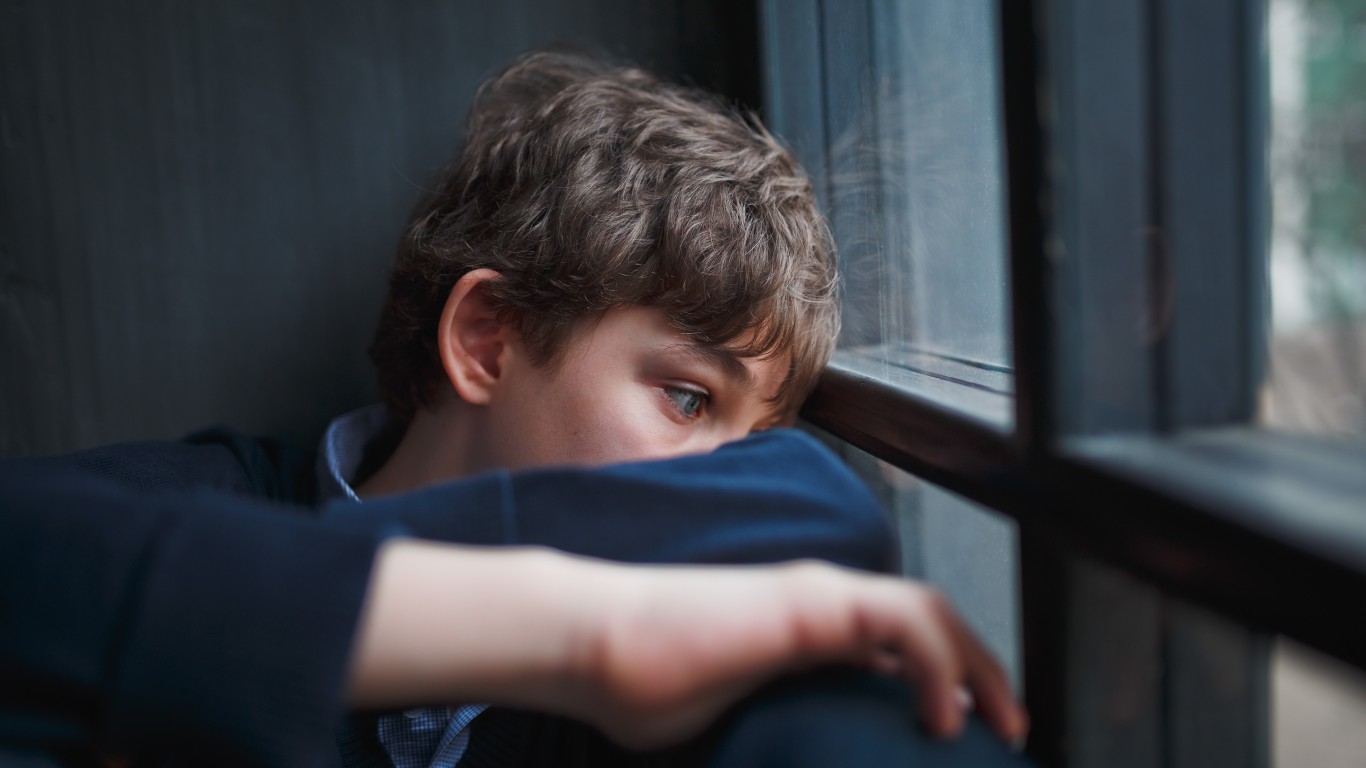 Depression has consistently been a concern for parents with young children. In 2016 and in 2017, about 40% of those surveyed identified depression as a problem. Parents of teens were more concerned about depression than parents of children up to 5 years old.

Childhood depression is a serious health condition. If untreated, it may increase risk of prolonged and more severe depressive episodes in the future. According to the Anxiety and Depression Association of America, depression may also pose a risk of suicide, which itself is on the rise nationwide. (These are the most serious public health issues America is facing today.) 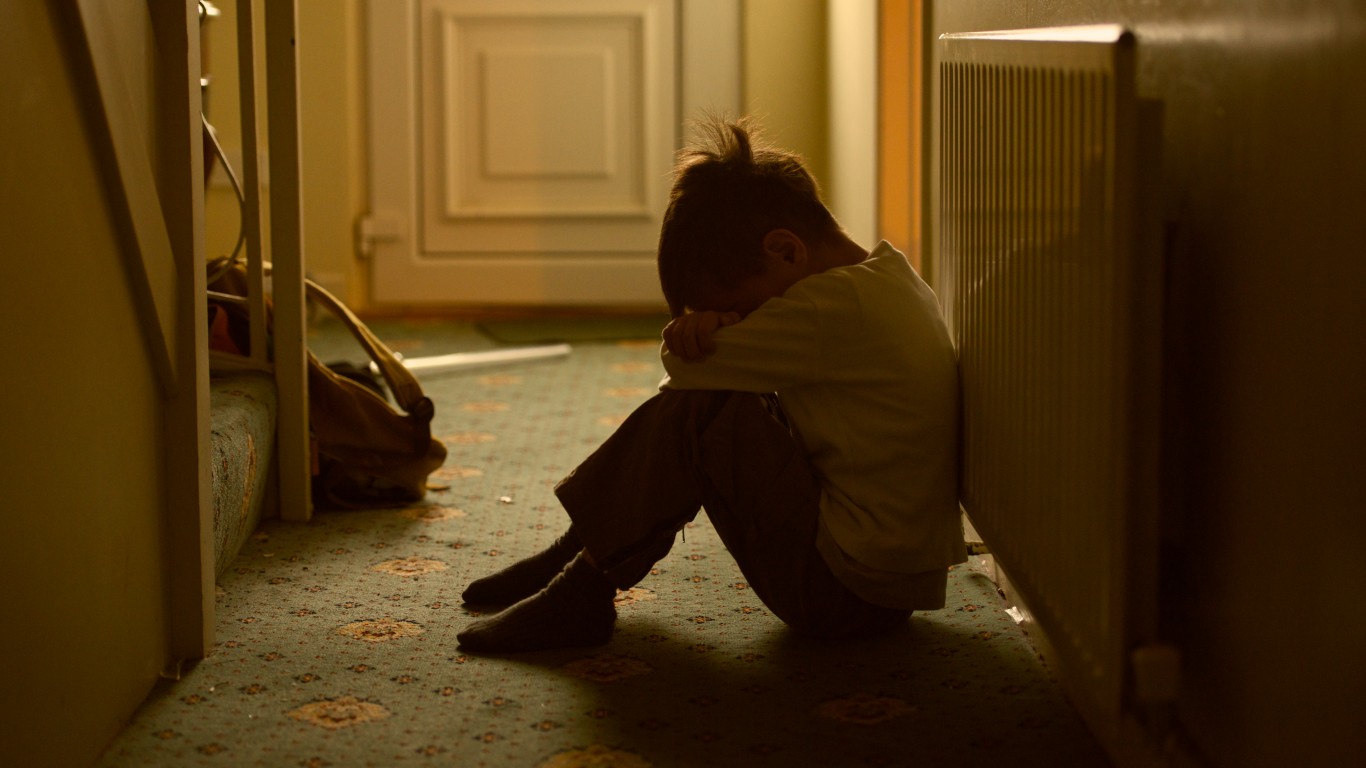 Child neglect occurs when a parent or guardian fails to provide care, supervision, support, or display affection for children, who can become the victims of emotional, physical, or even educational neglect. Neglect can have lifelong consequences for a child’s well-being. Fifty-three percent of adults surveyed by the 2017 Mott Poll said neglect was a “big problem” for children and teens. This was up from 42% in the 2014 poll.

The CDC says that 1,710 children died as the result of abuse and neglect in 2018. The CDC estimated the cost of child maltreatment in the United States was about $428 billion in 2015. 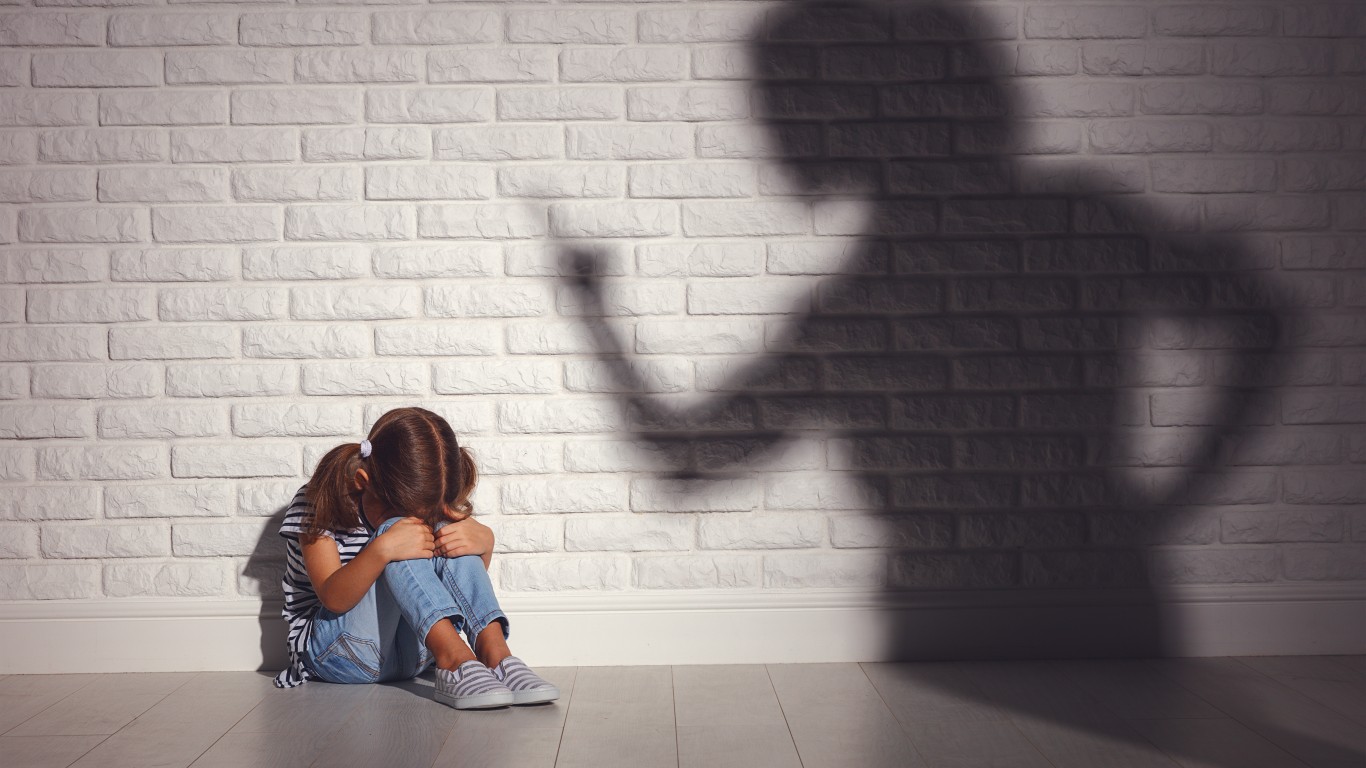 Abuse can take three forms: physical, sexual, and emotional. All three can have profound effects on a child’s well-being and health. Physical abuse is the willful use of physical force against a person. Sexual abuse is pressuring a child into sex acts against his or her will. Emotional abuse involves behaviors in which the child is demeaned and his or her self-worth is harmed, such as through name calling, body-shaming, rejection, or threats.

The CDC estimates one in seven children experience abuse and rates of child abuse are five times greater for kids in families from lower economic backgrounds compared with children in higher socio-economic groups. Fifty-three percent of adults surveyed by the Mott Poll in 2017 said abuse was a “big problem” for children and teens.