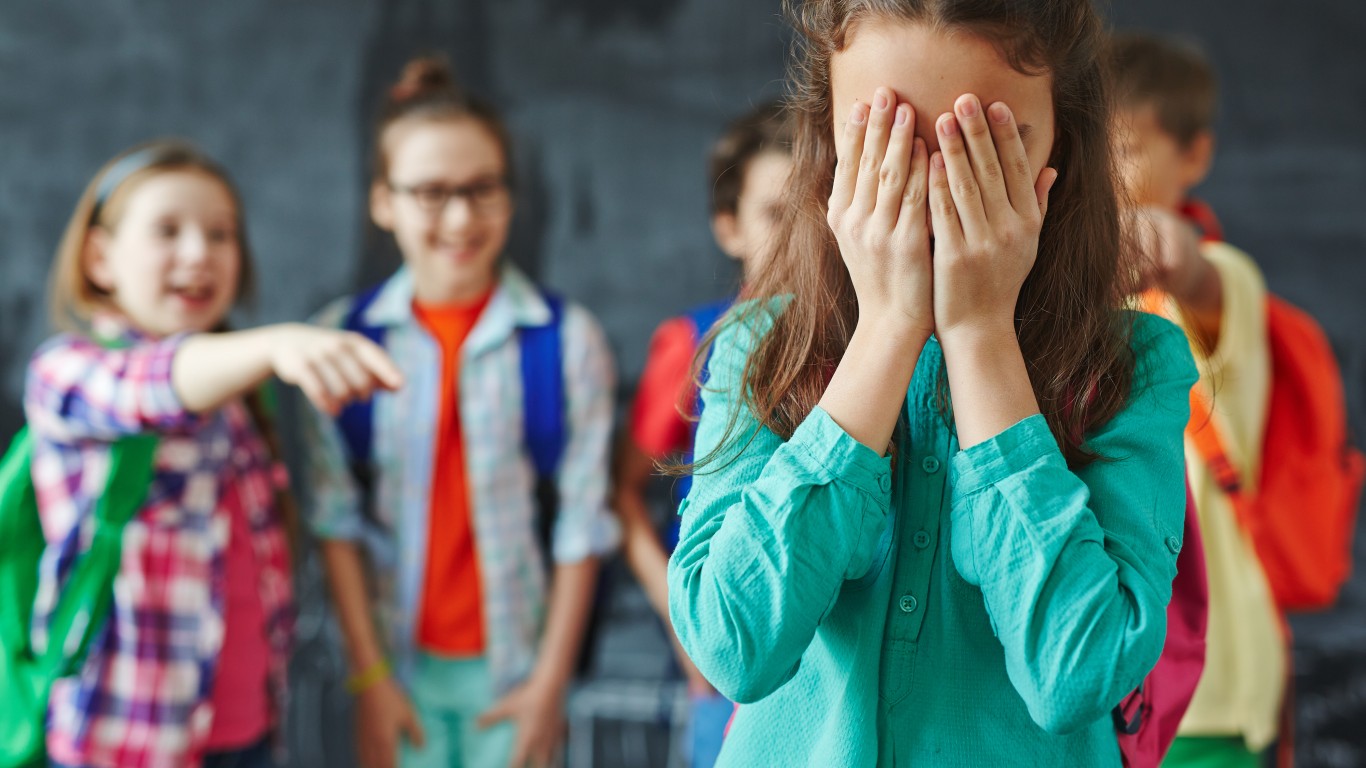 Bullying is the leading health problem for U.S. children. One in three parents are very concerned about bullying and cyberbullying for their children, according to the 2017 Mott Poll on top children’s health concerns.

About one in four American students say they have been bullied at school. A fifth of all students between 12 and 18 years of age in the country have experienced bullying in some form, according to the National Center for Education Statistics and Bureau of Justice Statistics. These are 20 warning signs your child may be getting bullied at school.

There is no federal law that directly addresses bullying, but in some cases it can overlap with laws against harassment based on race, country of origin, disability, or religion. Some states have established anti-bullying laws or other regulations to address the problem. 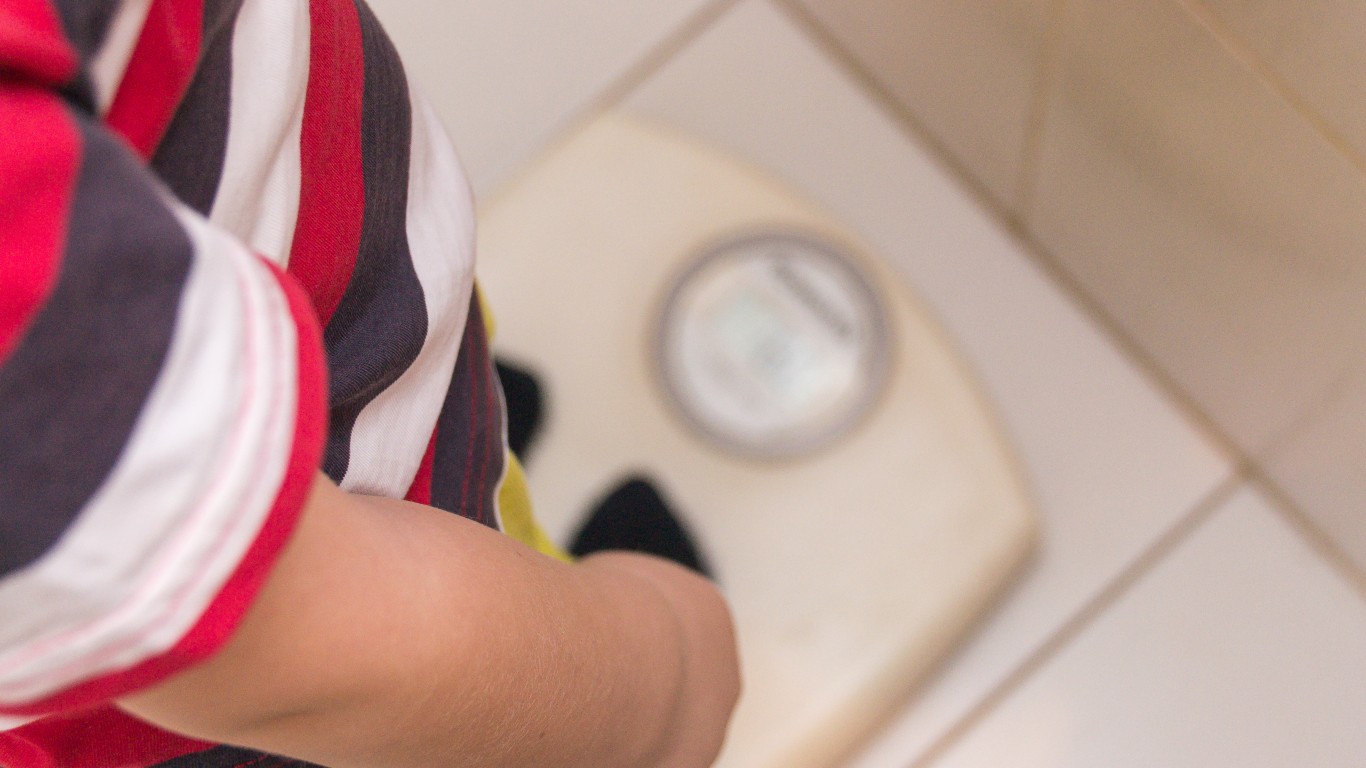 One of the top health concerns among parents in 2017 is obesity — and the problems surrounding the condition, such as inadequate exercise and unhealthy eating. Nearly a fifth of children and adolescents between 2 and 19 years of age are obese, according to the CDC. That’s about 13.7 million people.

A 2015 CDC study found that close to 34% of children and adolescents eat fast food every day and that an average of 12.4% of their daily calories come from fast food — here are 30 healthy eating habits that will change your life.

Obese children are more likely to be obese as adults as well, the CDC says. Adult obesity increases the risk of several serious health conditions, including heart disease, type 2 diabetes, and cancer.

24/7 Wall St.
16 Warning Signs Your Child May Be Bullying Other Kids 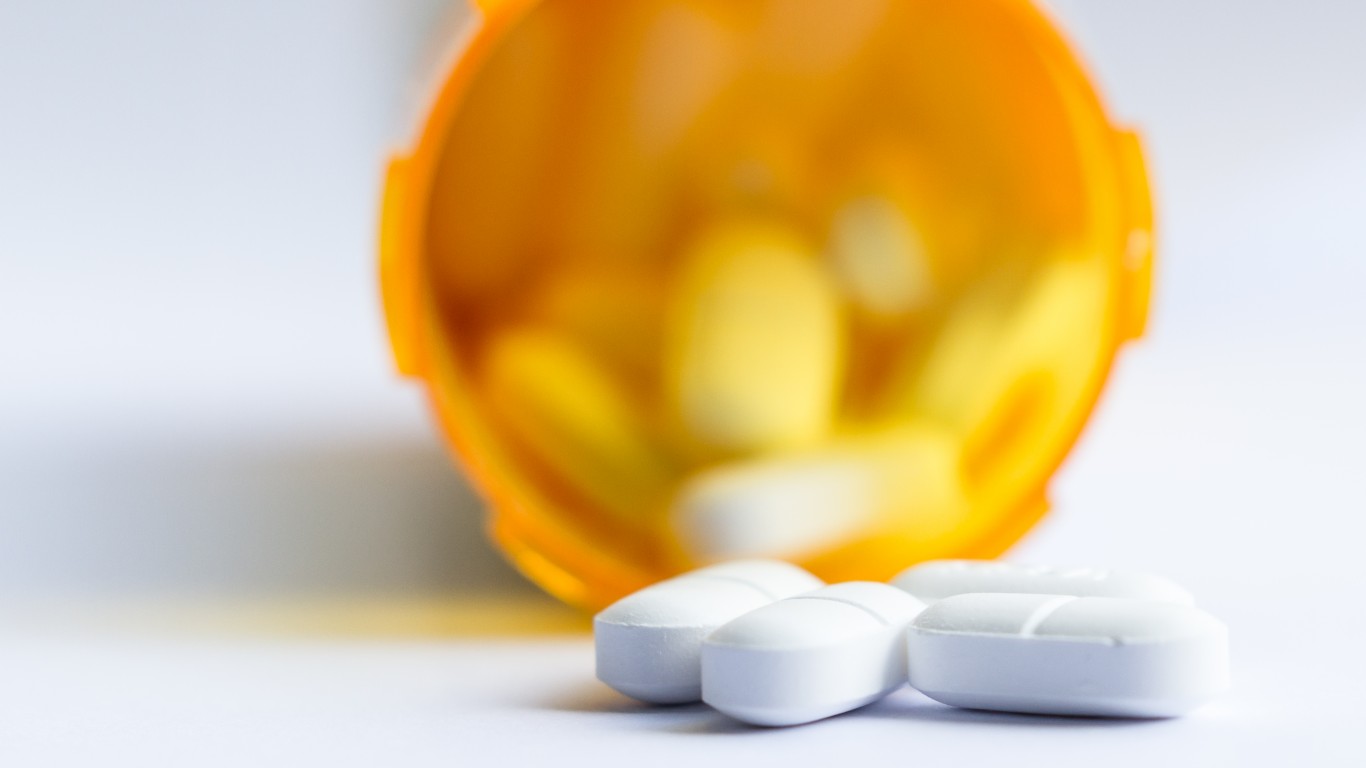 Drugs have consistently been in the top 5 of parents’ health concerns for their children. More than 2 million people older than 12 had an opioid use disorder in 2016, including 153,000 12- to 17-year-olds, according to the National Institute on Drug Abuse. About half of students in 9th through 12th grade have used marijuana. Half of all new drug users are under the age of 18. The biggest reason why they first try drugs of any kind is experimentation.

Substance abuse is especially serious among children and teens because the brain is still developing. Children who have abused drugs are more likely to have health problems such as heart disease, high blood pressure, and sleep disorders as adults.

In the United States, nearly every state has a county where residents die of drug overdoses at a higher annual rate than the national figure of 18.2 fatalities per 100,000 Americans — these are the places with the worst drug problems in every state. 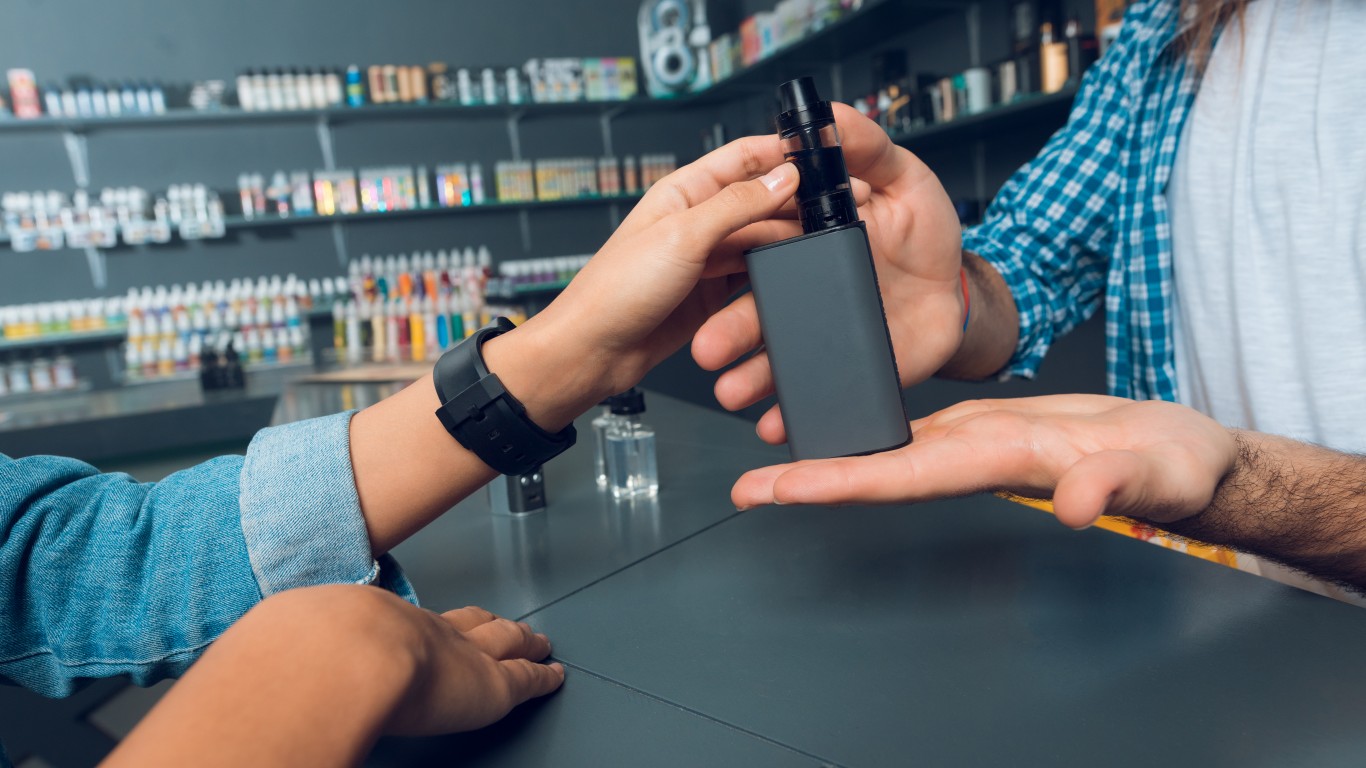 Smoking has consistently been rated as a top health problem for kids from the perspective of adults. However, the concern about smoking and tobacco has dropped over the years from near the top of the list. It was No. 4 in 2014, then No. 7 in 2015; a year later it was a top concern just among white adults. In 2017, smoking did not make the Top 10 list.

About 2,500 children under 18 try their first cigarette every day. About a third of them will become regular daily smokers, according to the American Lung Association.

The National Institutes of Health calls the rise in vaping among teens “alarming.” The vapor may contain nicotine, which is the addictive drug in tobacco, various flavors, and other chemicals. About 37% of 12th graders reported vaping in 2018, compared with 28% in 2017. A recent Gallup survey found that 20% of 18- to 29-year-olds vape regularly, more than double the national average.

More than 6 million people across the world die every year from causes directly linked to tobacco use, and about 1 million more die from second-hand smoke. Overall, the deadly habit kills half of its users — here is what exactly happens to your body once you start smoking. 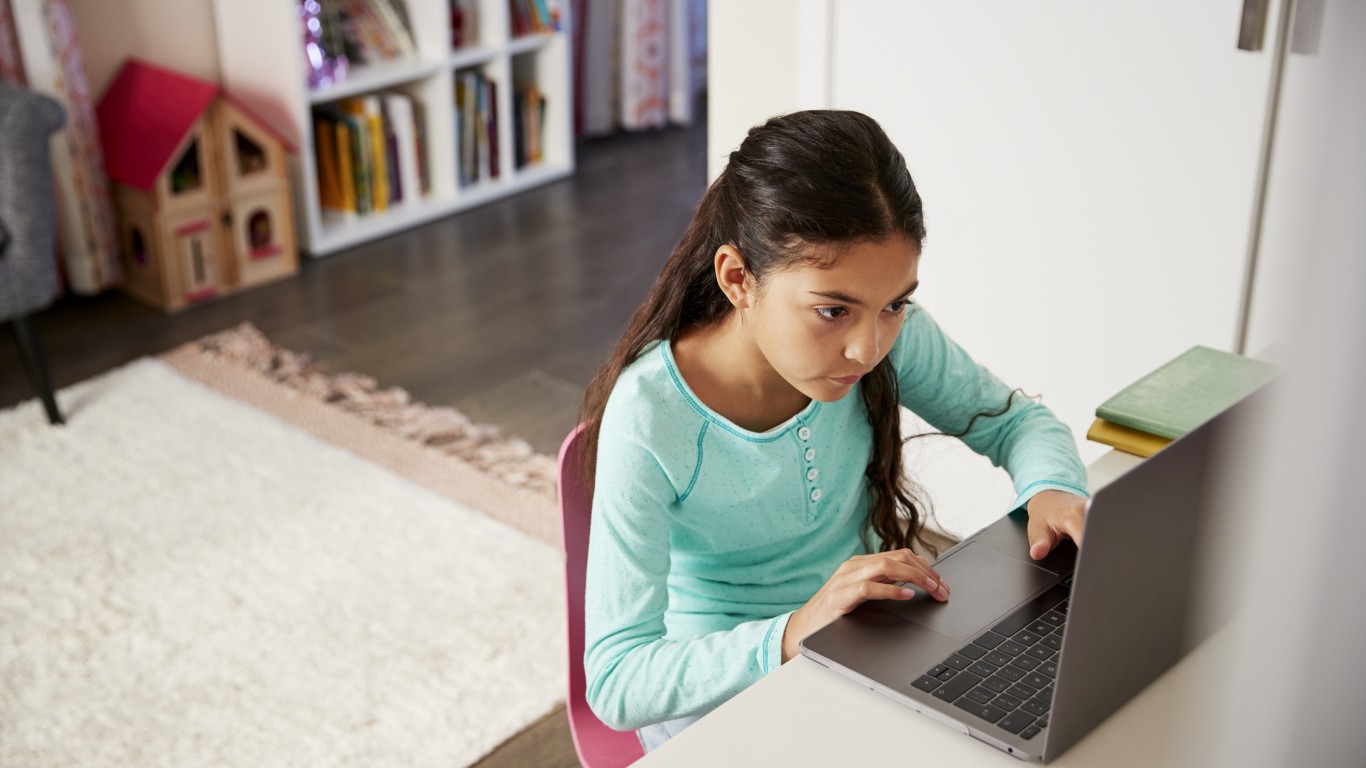 Internet safety has been a top health concern for parents for years. After examining thousands of security incidents in 2019, Verizon found that almost all malware arrived on computers via email in 94% of cases. The most common type of social engineering attack is phishing, the goal of which is to convince users to install malware. About 40% of phishing command and control servers are in the United States.

There is a federal law, the Children’s Online Privacy Protection Act (COPPA), designed to protect children younger than 13 when they are online. Any personal information about a child cannot be released without a parent’s consent. Websites are required to explain their privacy policies and get parental consent before collecting or using a child’s name, address, phone number, or Social Security number. The law does not allow sites to require more personal information to play a game or enter a contest.