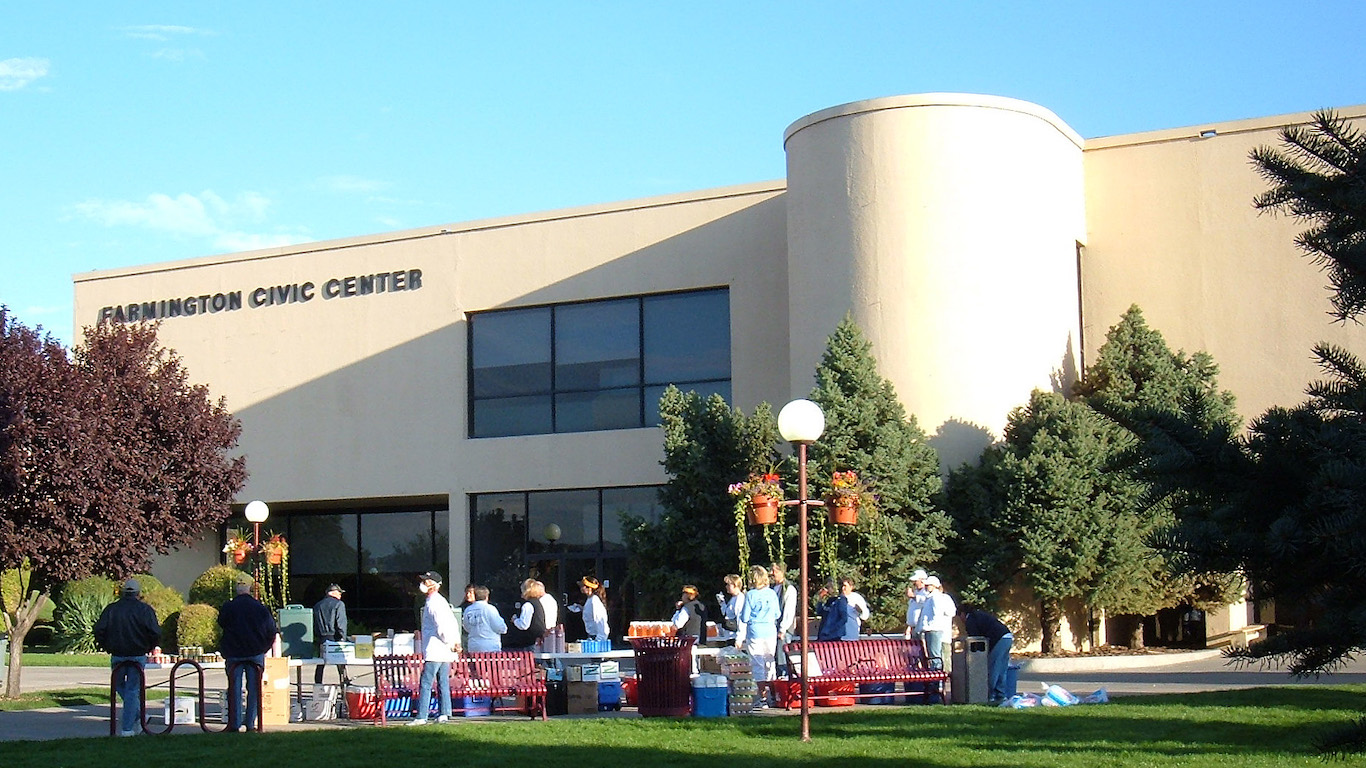 Farmington, New Mexico is one of just five cities in which the population is more than 10% smaller than it was in 2019 due to migration alone. The northwestern New Mexico city lost over 13,000 more people than it gained over the last decade. During that time, the area’s population, even when accounting for natural population increase from births, declined 4.7%. 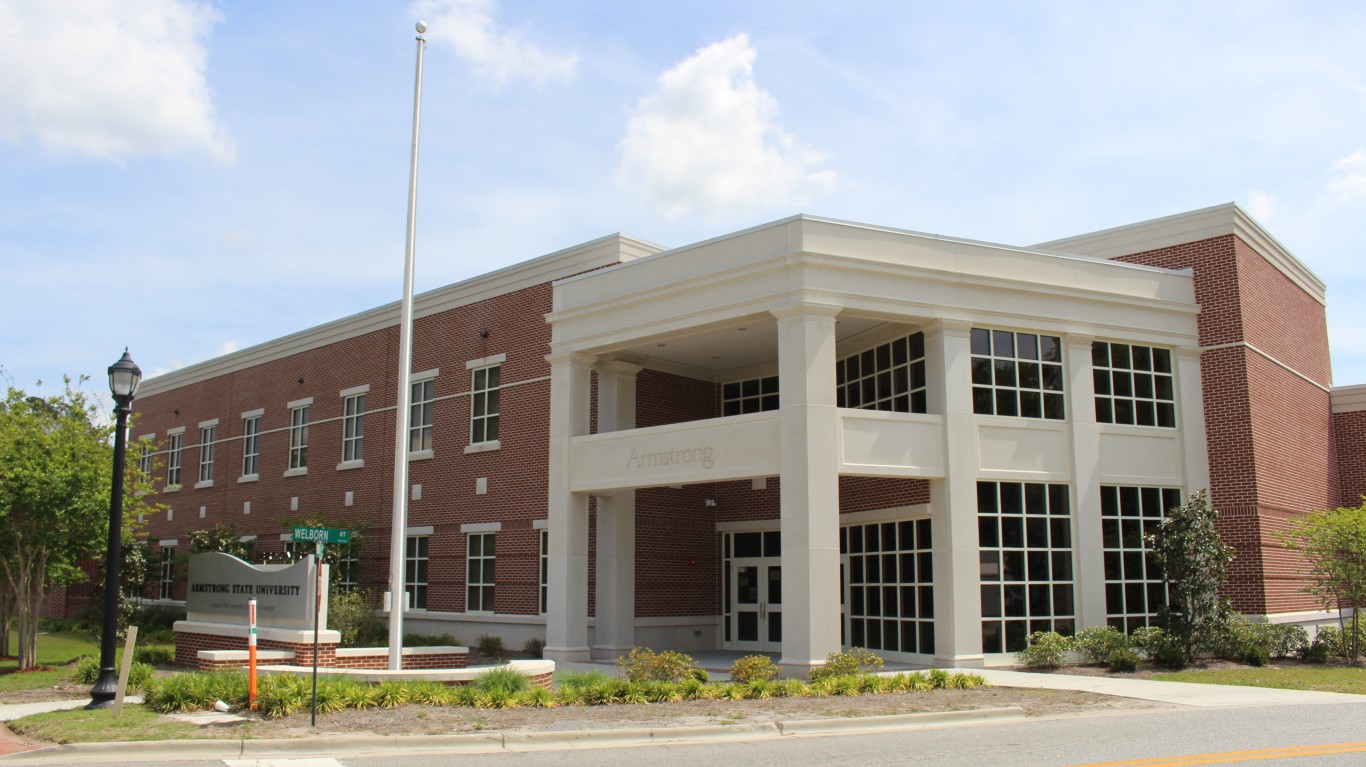 Over 8,900 more people moved away from Hinesville, Georgia than moved to the metro area in the last decade — resulting in a population decline of 11.4%. Yet the eastern Georgia metro area actually grew by over 3,000 people, as it had a 14.7% natural increase in population during that same time.

Hinesville has a median household income of $47,234, well below the U.S. median of $61,937. In the past 12 months, 15.9% of households relied on SNAP benefits to afford food, and 15.5% of people earned incomes below the poverty line — both well above national rates. 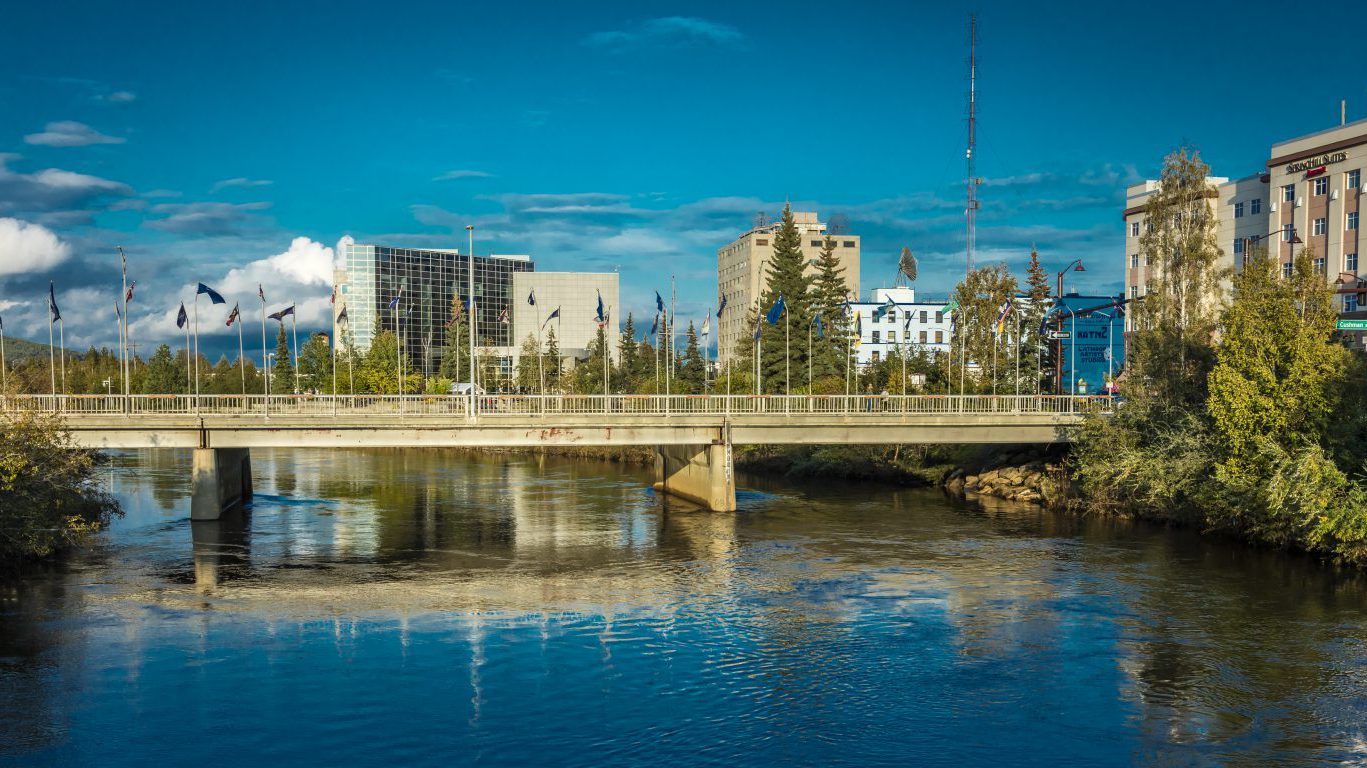 Fairbanks, Alaska is one of just three major metro areas in the country in which people moving away over the last decade led to a more than 12% decline in the 2010 population. Yet the population remained relatively level, as the change due to natural increase — more births than deaths — was also one of the highest in the nation, nearly offsetting the negative net migration. 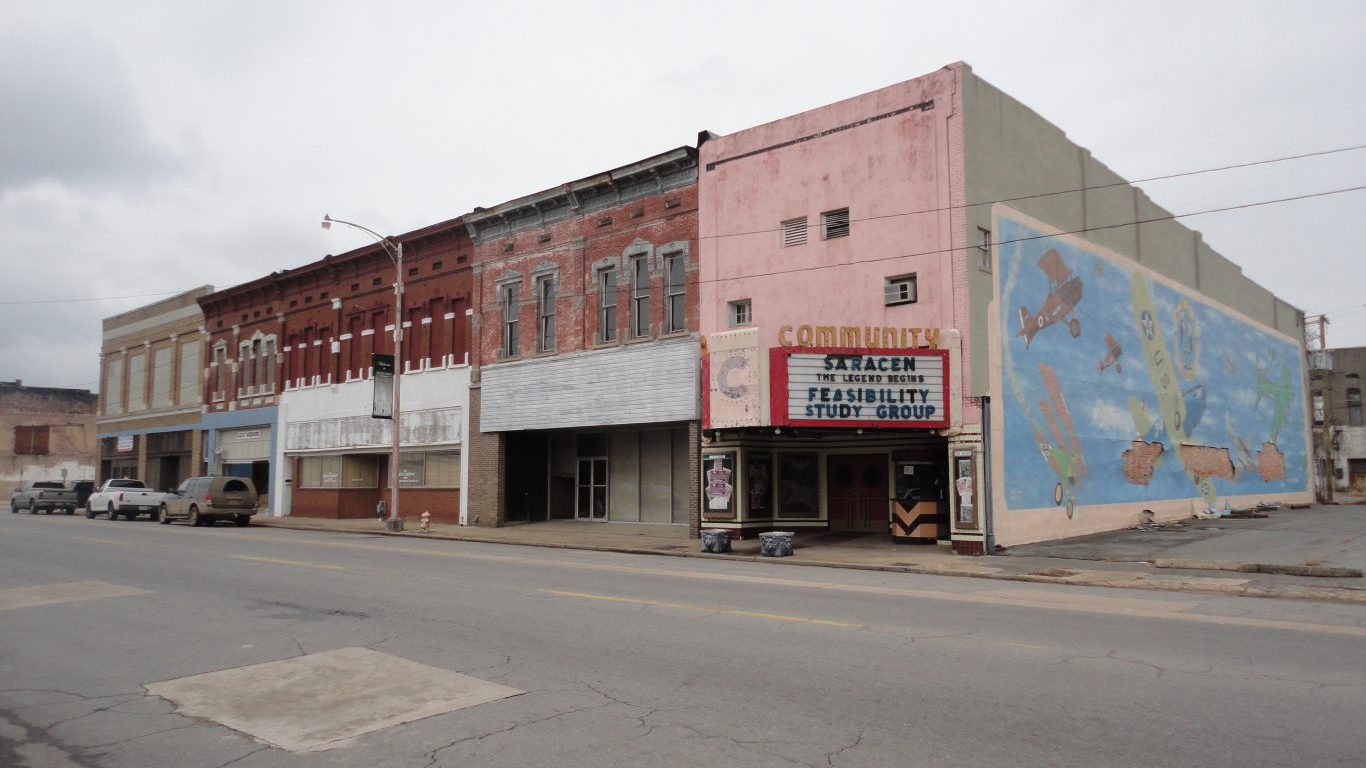 No metro area lost a greater share of its population over the last decade than Pine Bluff, Arkansas. The metro area lost nearly 13,000 more people to migration than it gained. It also had one of the lowest natural population growths of any metro area. From 2010 to 2019, Pine Bluff’s births exceeded its deaths by fewer than 200. Outbound residents and the area’s low birth rate contributed to the 12.4% drop in the total number of people living in Pine Bluff over the past decade — no other city had an overall population decline over the last decade of more than 10%.

This is likely due in large part to the fact that Pine Bluff has consistently had a relatively high unemployment rate over the last decade. Data from 2018, the most recent available, shows that Pine Bluff had a number of other economic challenges — its poverty rate, 21.1%, was well above the U.S. poverty rate of 13.3%. Its median household income of $37,314 was also lower than all but two other metro areas. Yet Pine Bluff’s economy has not been as dramatically affected by COVID-19 as most other parts of the country — its unemployment rate increased just five percentage points from May 2019 to May 2020, up to 10.3%, below the 13.3% unemployment rate. 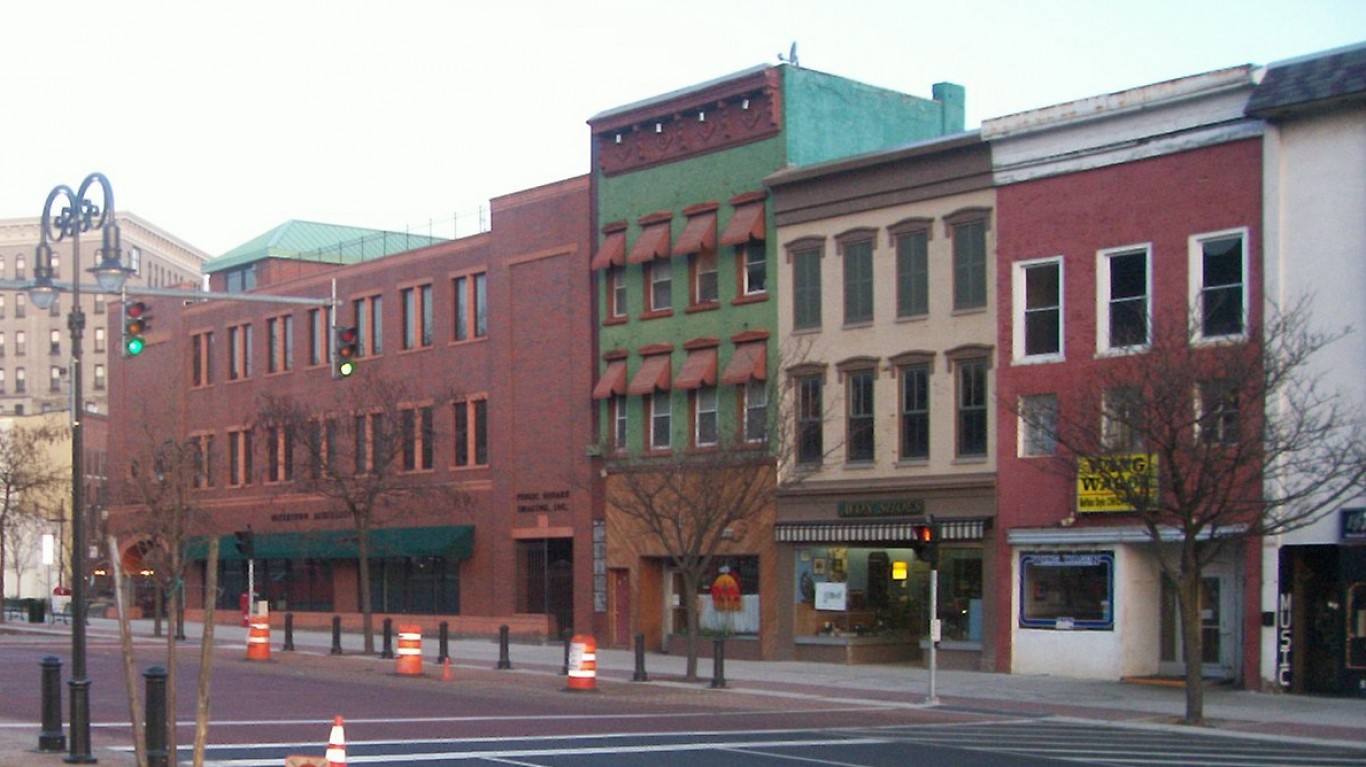 A larger share of the Watertown-Fort Drum metro area’s population moved away in the last decade than any other major U.S. population center. Roughly 116,000 people lived in the northern New York metro area in April 2010. Even after counting new arrivals, the area’s population had lost 17,000 residents, 15% of the 2010 population, to migration by July 2019. No other metro area in the nation had a net decline larger than 13% over that period.