These Are the 24 Jobs You Are Most Likely to Lose 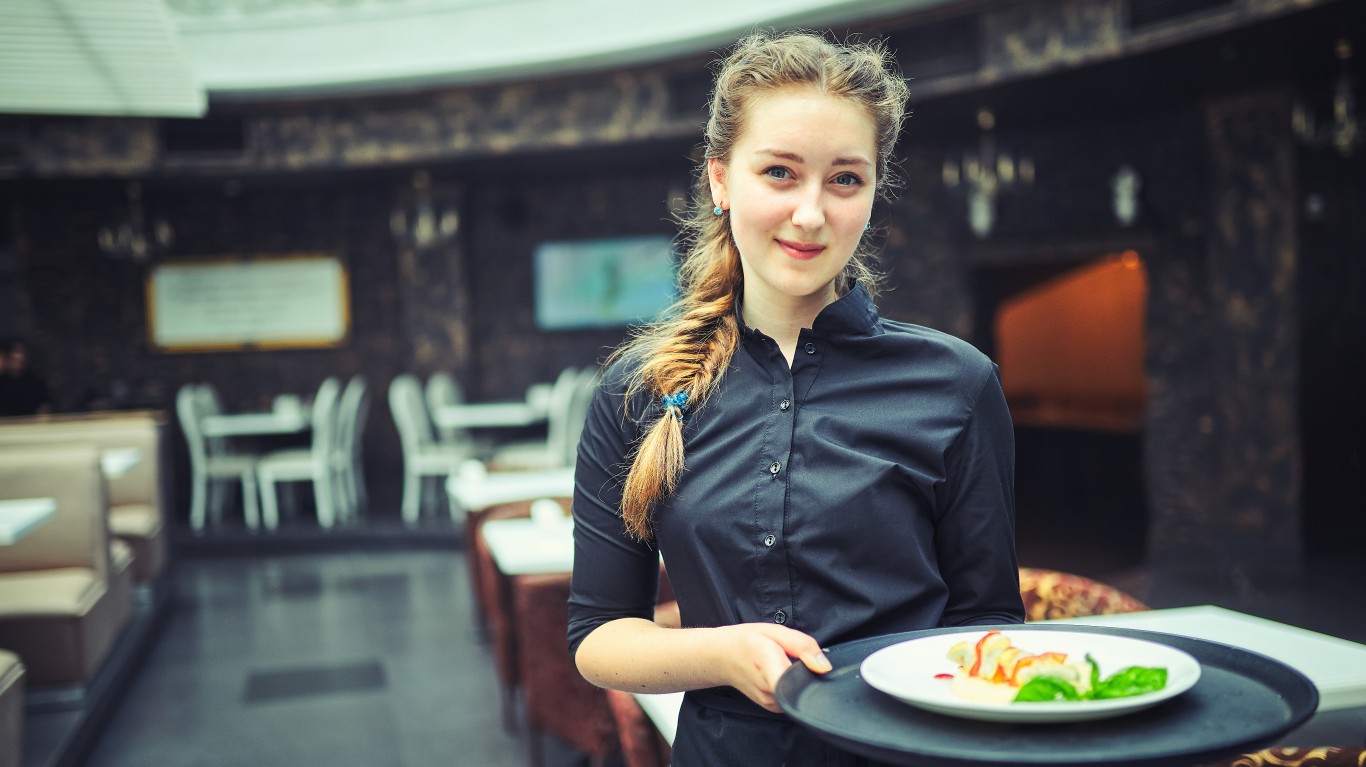 Between 2018 and 2028, 19.3% of people working as waiters and waitresses are expected to leave the job each year. Like many jobs on this list, working as a waiter or waitress can be stressful and physically demanding. Those in the job spend most working hours on their feet, often carrying heavy trays in a hectic and fast-paced environment. According to the BLS, large occupations typically have more openings than small ones, regardless of growth or replacement needs. Waiter jobs are one of the nation’s largest occupations, with 2.6 million jobs across the U.S.

The food services industry has been hit harder than most during the COVID-19 pandemic. As a result, waiters and waitresses may be more likely to switch to a different line of work during the pandemic, driving the turnover rate higher than what the BLS projected. 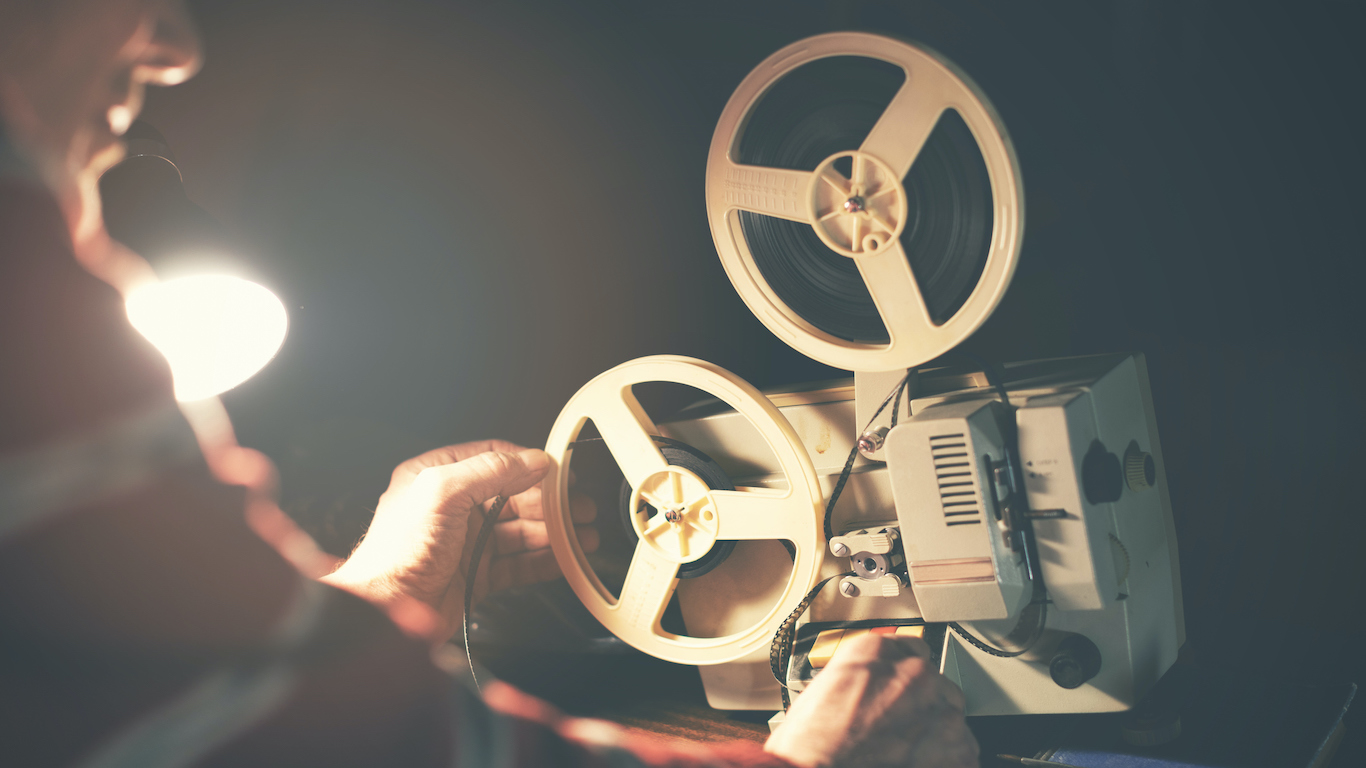 The BLS projects that 19.3% of all Americans working as motion picture projectionists will leave the job each year until 2028. Many of those separations are likely to be involuntary as the number of jobs in the field is projected to decline by 11.6% from 2018 to 2028. Of the 900 people expected to leave the job each year, about 500 are expected to transfer to another occupation and 400 will likely leave the workforce entirely.

24/7 Wall St.
The 35 Most Popular Restaurants That Won’t Reopen After the Pandemic 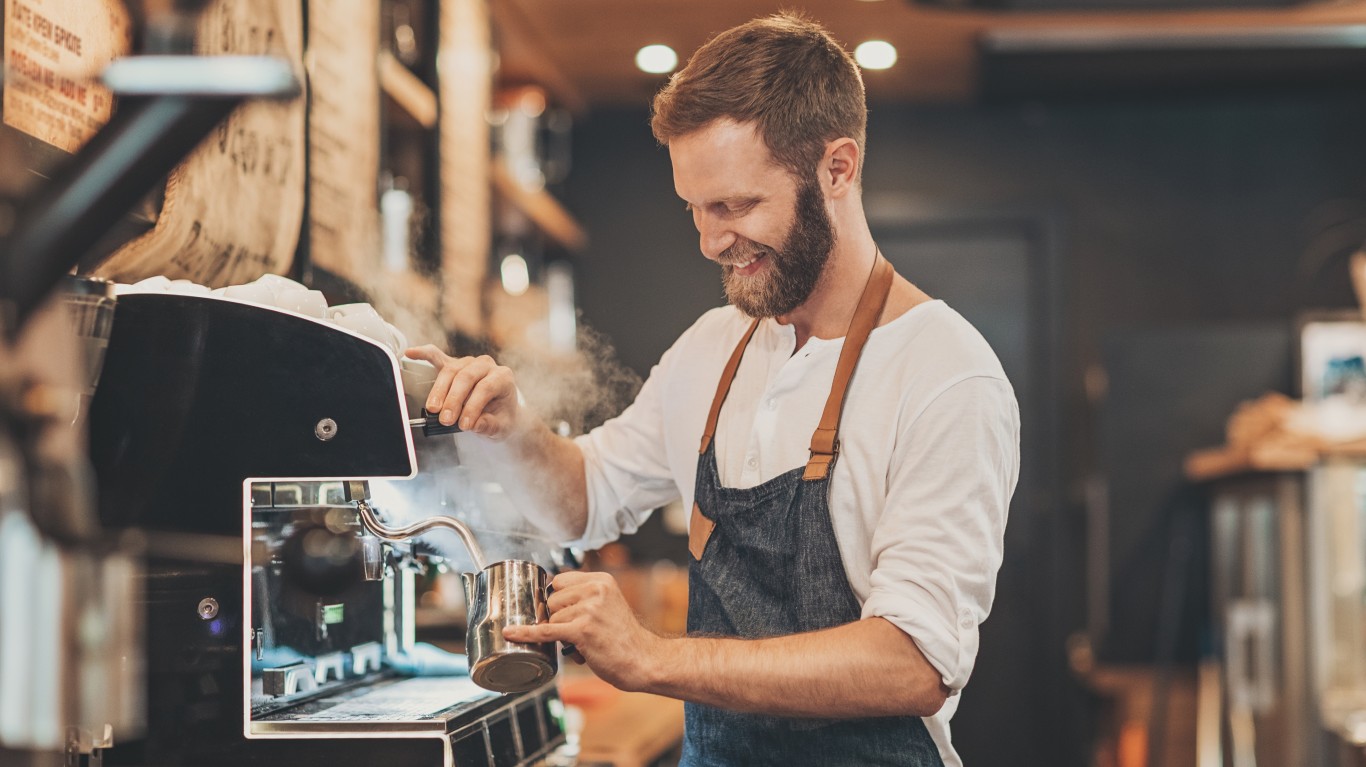 Counter attendants at cafeterias, concessions, and coffee shops are in one of seven occupations with an annual projected separations rate of more than 20% from 2018 to 2028. Like many other jobs with high turnover, the occupation does not require a high level of skill or education. Generally, counter attendant jobs do not have prior work experience or educational requirements.

The food services industry has been hit harder than most during the COVID-19 pandemic, and due to prolonged shutdowns, counter attendants, cafeteria, food concession, and coffee shop workers may be more likely to transition to a different line of work. As a result, the BLS’s projected 21.7% turnover rate may be too low an estimate during the pandemic. 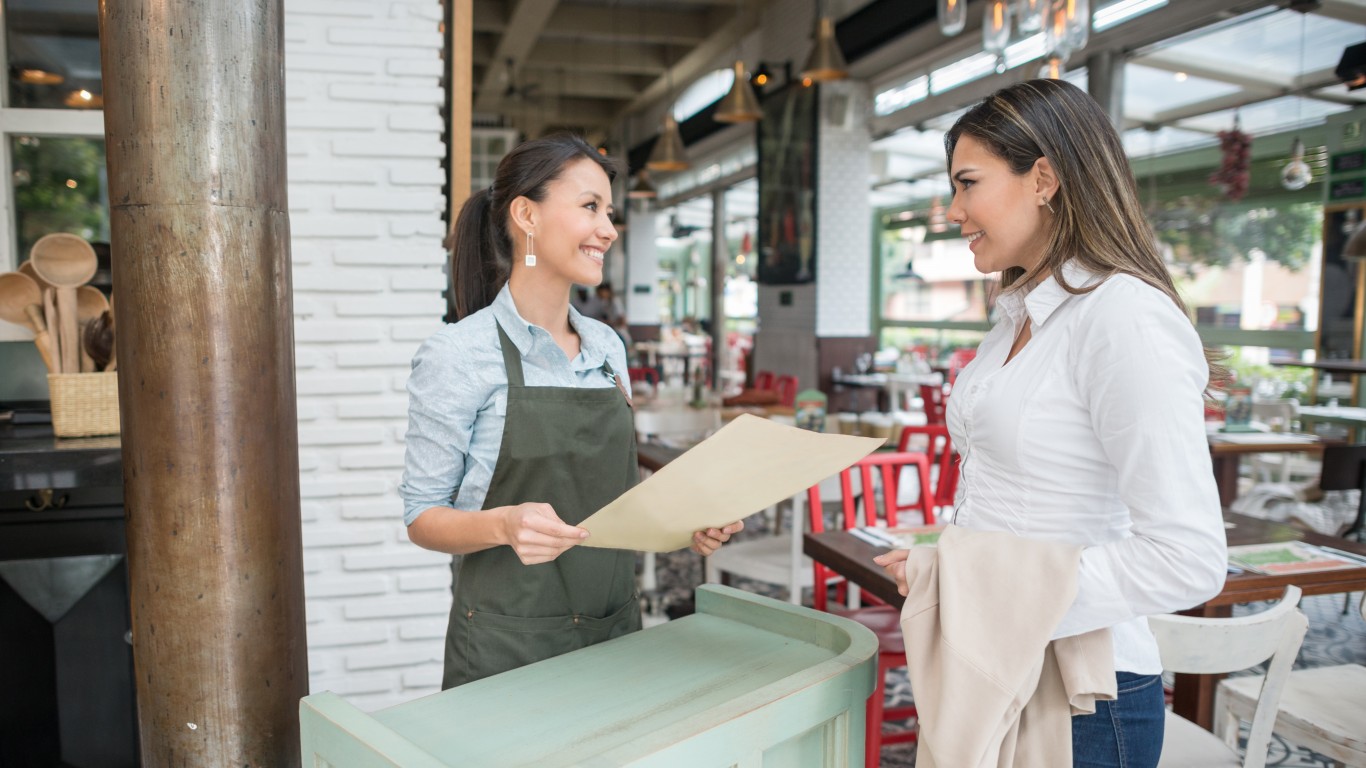 Restaurant, lounge, and coffee shop hosts welcome and seat patrons at their establishments. Of the more than 425,000 Americans working in this job, 52,700 are projected to leave it for another job each year through 2028, and another 50,200 are projected to leave the workforce altogether each year. Combined, this means 22.9% of hosts will leave their jobs annually in the next decade. 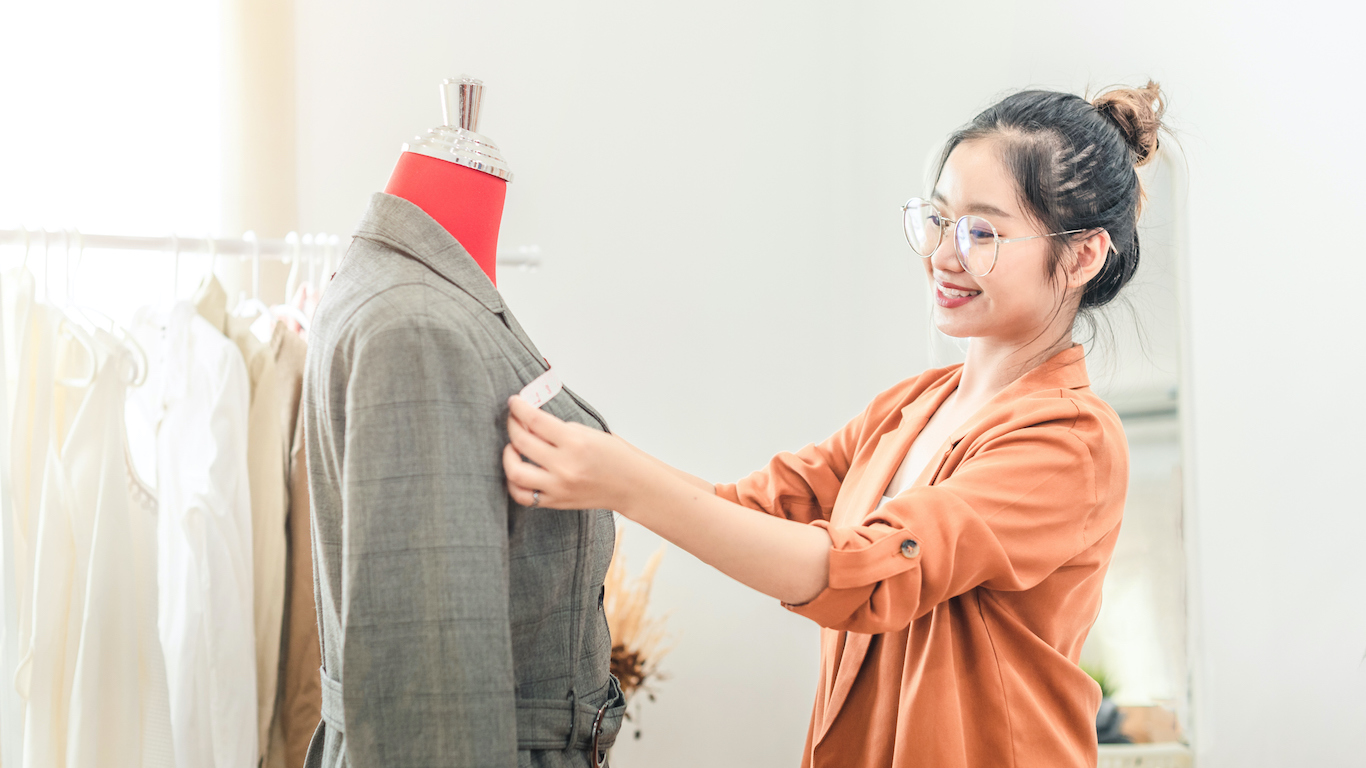 Costume attendants typically work in the theater, television, fashion, or film industries, organizing, caring for, and altering costumes for performers or models. With a median annual wage of $41,410, the occupation is one of only a handful on this list where most people earn more than the typical American worker. According to BLS projections, about 1,600 people leave the job each year, voluntarily or otherwise.

Across the country, live performances, including those that involve costume attendants, have been cancelled in an effort to slow the spread of the novel coronavirus. Cancelled performances could contribute to higher turnover among costume attendants this year than the BLS had originally anticipated.