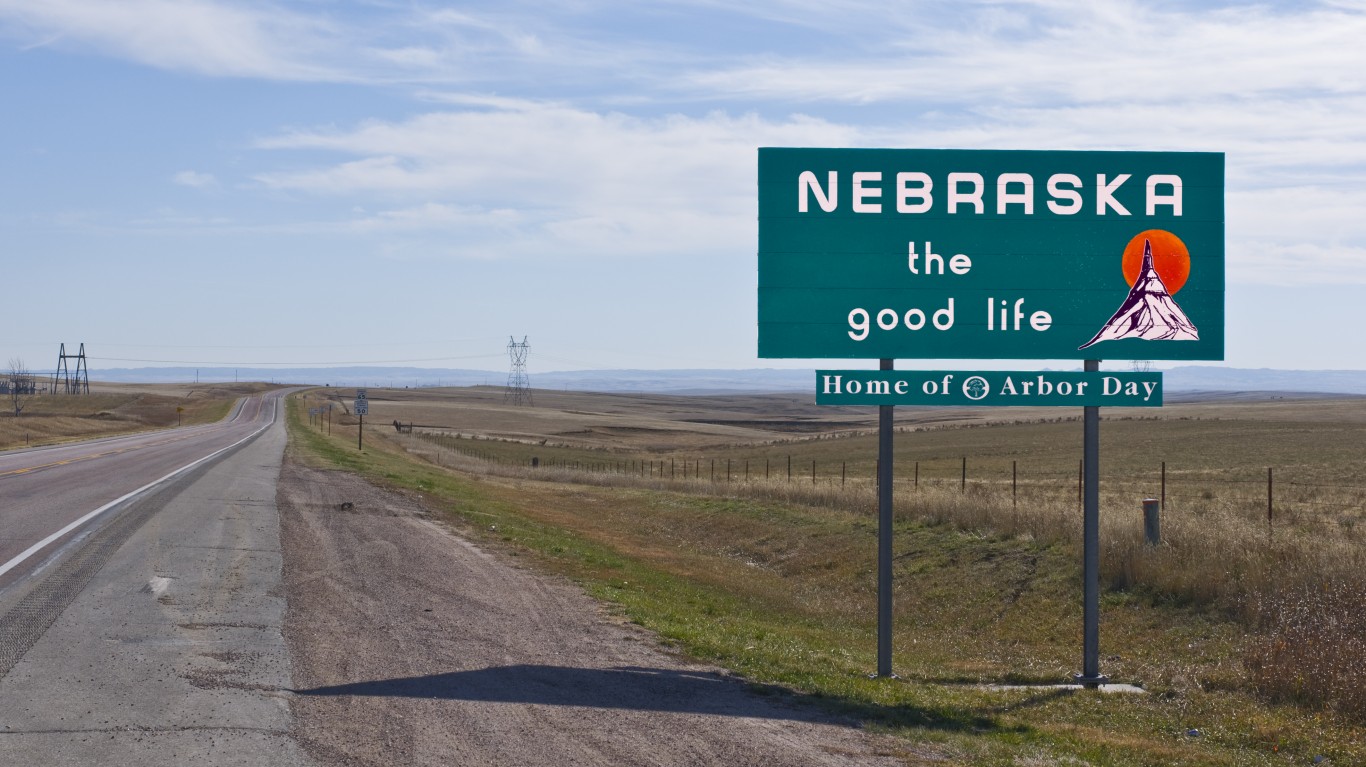 In Nebraska, 21.6% of roads are in poor condition, in line with the comparable share of 21.8% nationwide. In other ways, however, Nebraska’s transportation infrastructure is in greater need of repair than it is nationwide.

For example, 8.8% of bridges in the state are considered structurally deficient compared to 7.6% of bridges nationwide. Additionally, there were 247 train derailments in the state from 2015 to 2019, or 7.9 for every 100 miles of track — well above the national average of 4.8 derailments per 100 miles. This is an indication that Nebraska’s train tracks are more likely to have broken rails or welds. 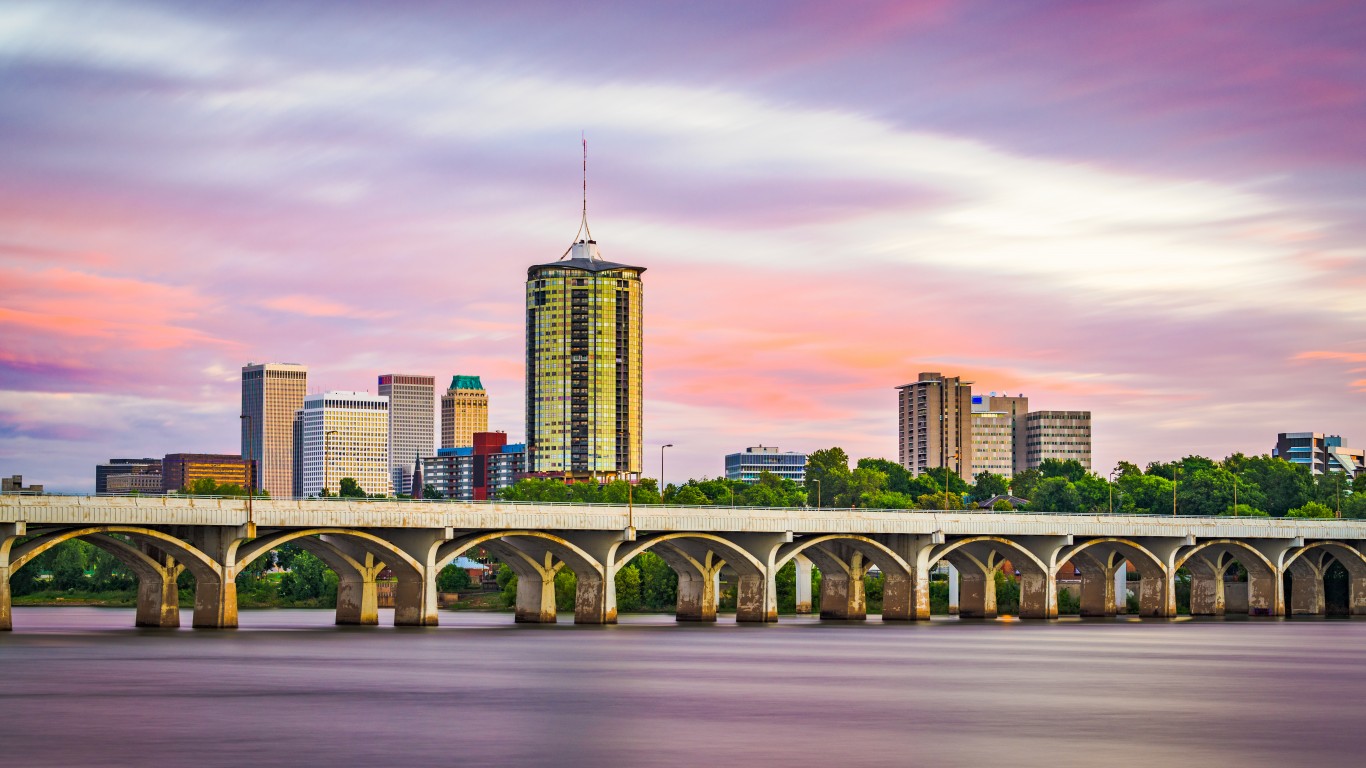 A staggering 42.7% of roadway in Oklahoma is in poor condition, nearly double the 21.8% share of roadway nationwide and a larger share than in all but two other states. Additionally, Oklahoma is one of only a dozen states where more than one in every 10 bridges are considered structurally deficient.

Oklahoma’s overall spending on its highway system climbed each year from 2014 to 2018. The state spends an average of $855 on its highways for every licensed driver, more than all but nine other states.

24/7 Wall St.
Every State’s Plan to Reopen Schools in the Fall 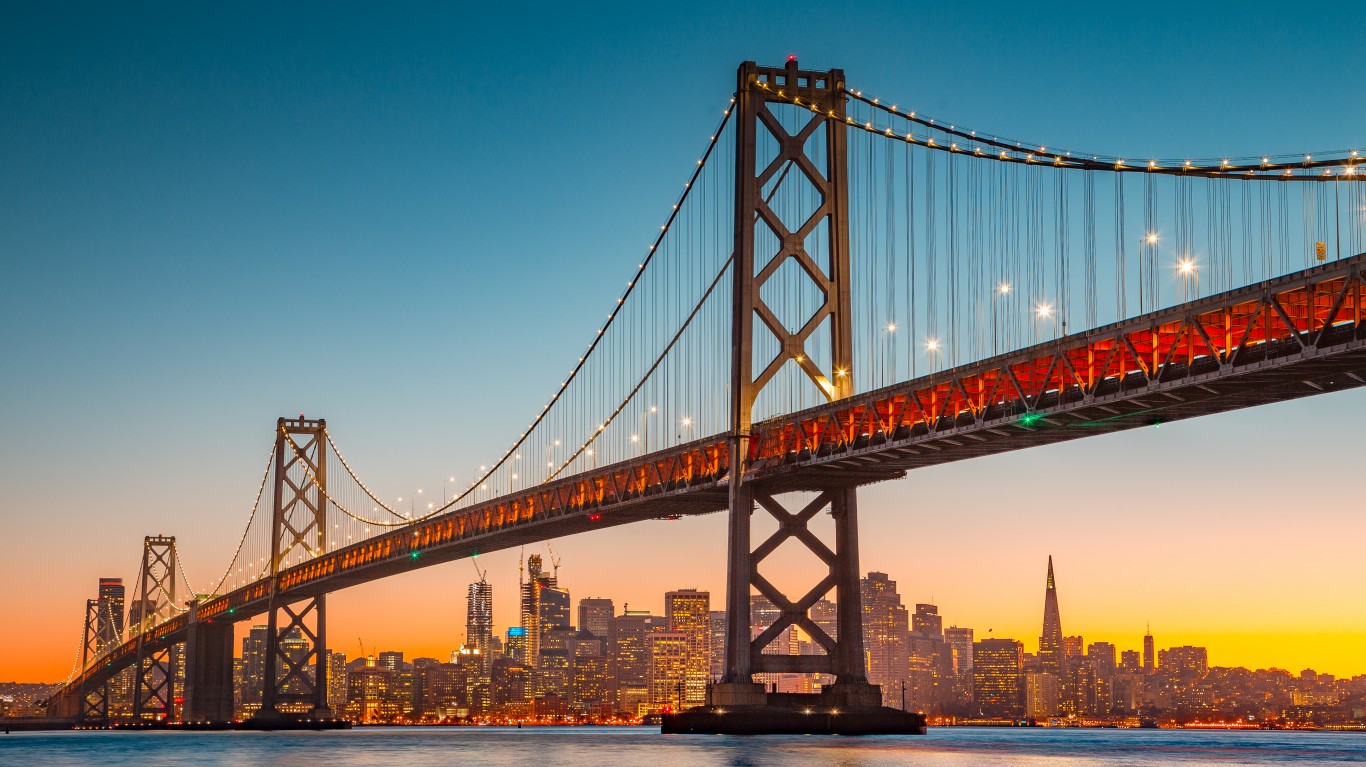 Relative to the total length of train tracks in the state, locomotive derailments are more common in California than they are nationwide, suggesting that tracks and welds in the state may be more likely to be in need of repair. There were 369 total train derailments between 2015 and 2019 in California, or 7.6 for every 100 miles of track, well above the national average of 4.8 per 100 miles.

Much of California’s roadway is also in need of repair. Nearly 35% of road surface in the state is in poor condition — among the top 10 nationwide for worst road quality. 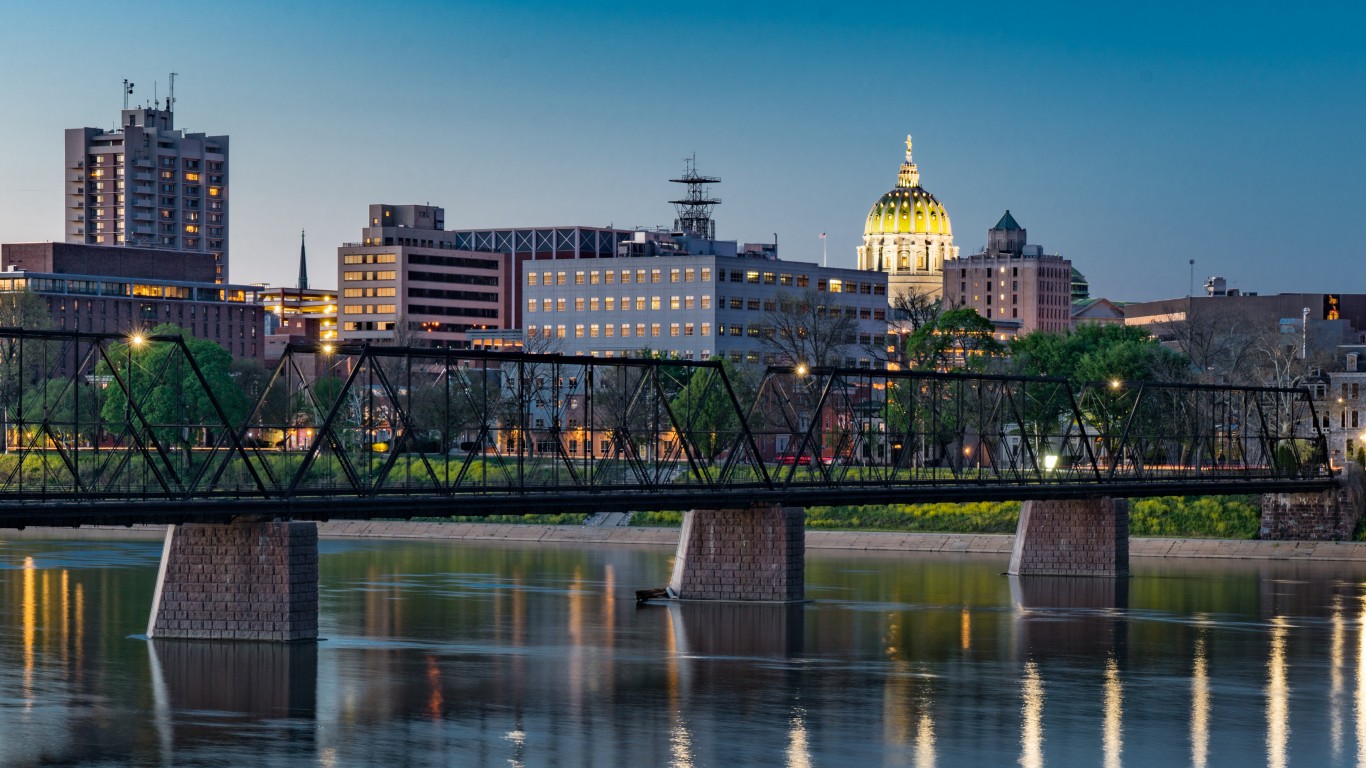 A staggering 16.6% of bridges in Pennsylvania are in need of replacement or repair, more than double the 7.6% share of bridges nationwide that are considered structurally deficient. Much of the disrepair is attributable to age, as bridges in the state are 15 years older than the national average and are in need of modernization.

A relatively large share of roads in Pennsylvania is also in a state of disrepair. More than 27% of road surface in the state is in poor condition, well above the 21.8% national average. 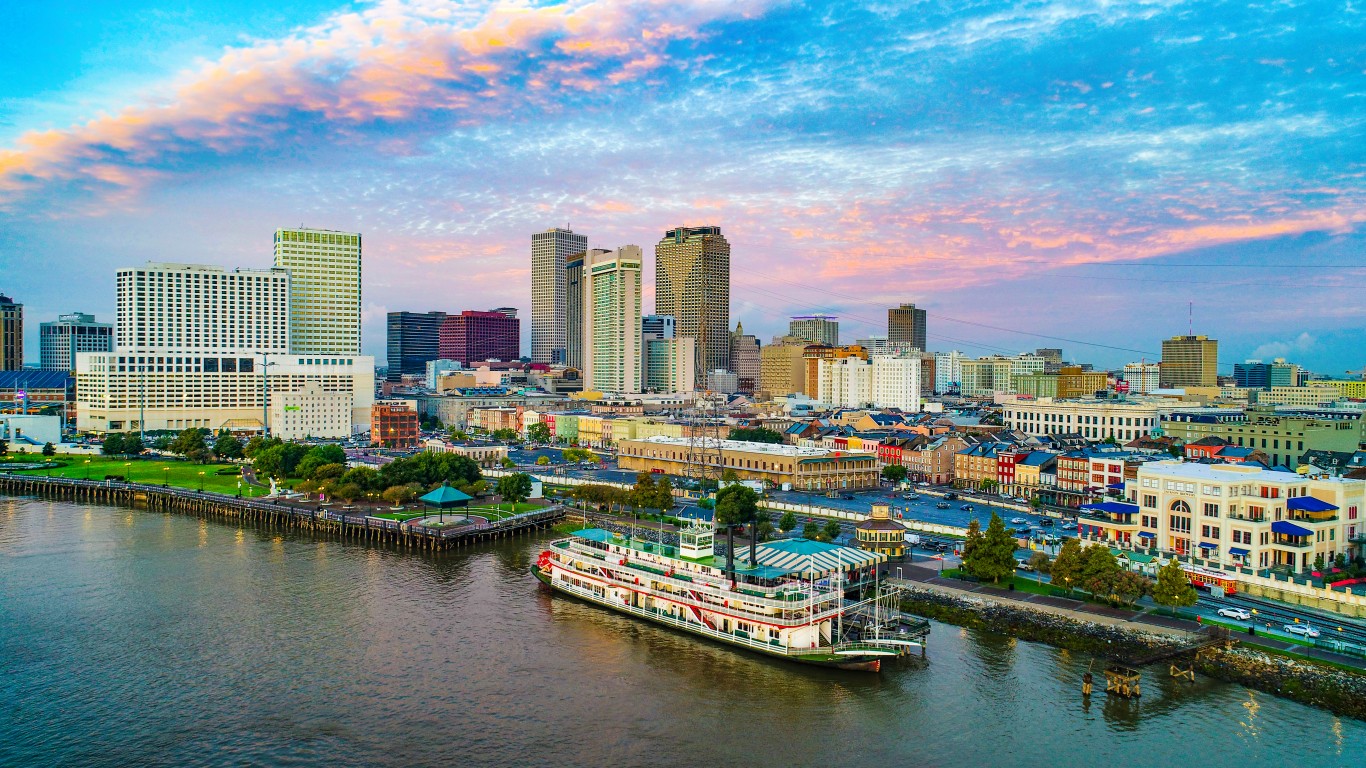 Based on the frequency with which train derailments occur in Louisiana, the state’s railway system appears to be in greater need of replacement or repair than tracks in most other states. There were 214 derailments documented between 2015 and 2019, or 7.3 for every 100 miles of track, more than in all but five other states.

Additionally, 13.0% of bridges in Louisiana are considered structurally deficient, well above the 7.6% share of bridges nationwide in need of repair or replacement. Louisiana has more bridge surface area than nearly any other state, and some bridges in the state are often submerged by the waterways they are supposed to traverse after heavy rains.