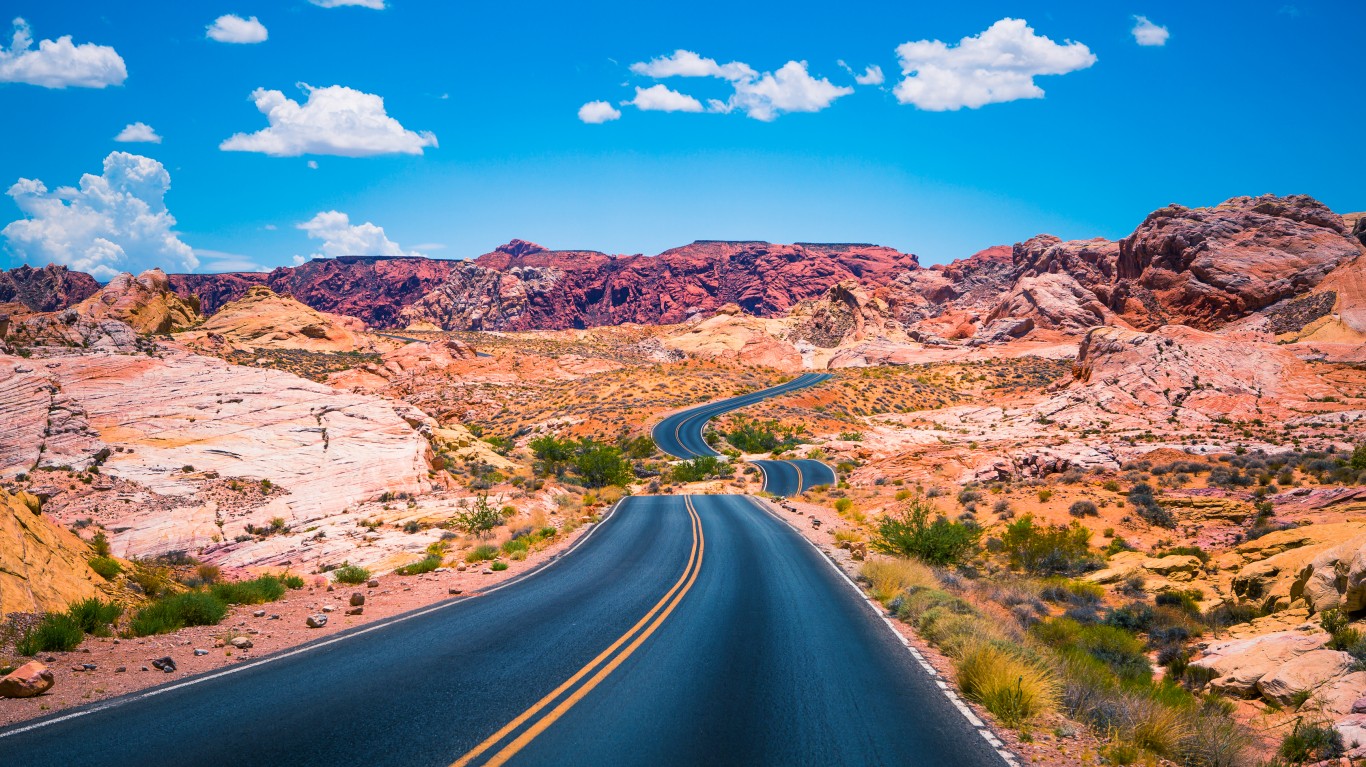 Based on the share of roadway in poor condition, the number of bridges that are considered structurally deficient, and the number of train derailments in recent years, Nevada has the overall best infrastructure of any state.

Though Nevada spends the equivalent of only about $400 per year per licensed driver on its highway system — less than all but four other states — it is also one of the least densely populated states, suggesting that roads across the state could take longer to accumulate damage from usage. 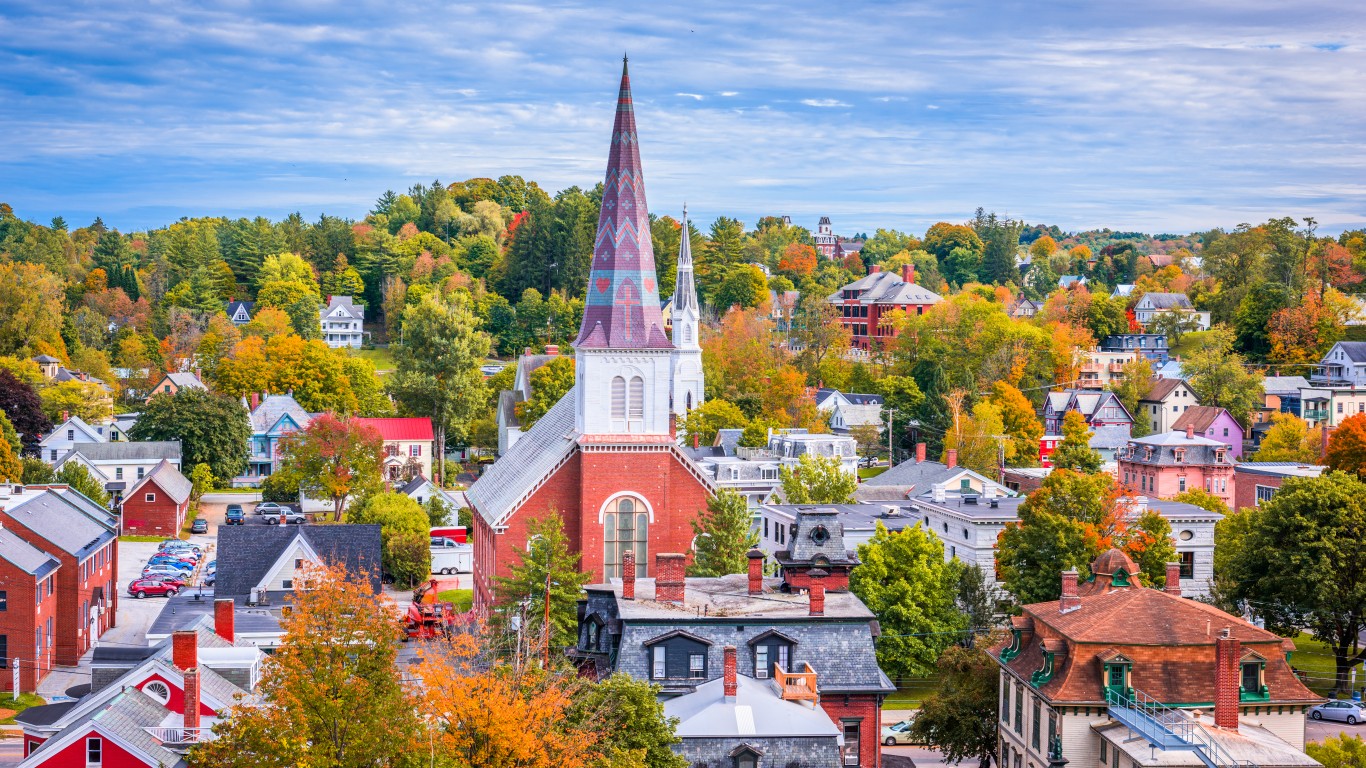 Like most states in the Northeast, Vermont has a higher than average share of roadway in poor condition. States with longer and harsher winters tend to have greater wear and tear on their roads, as water seeps into cracks in the asphalt and expands as it freezes, weakening the integrity of the surface. In Vermont, 22.9% of roadway is in poor condition compared to 21.8% of roadway nationwide.

Still, bridges in Vermont are more likely to be structurally sound than in all but four other states. Additionally, railways in the state appear to be in better than average condition as train derailments are far less common than average in Vermont. Broken rails are the leading cause of derailment. 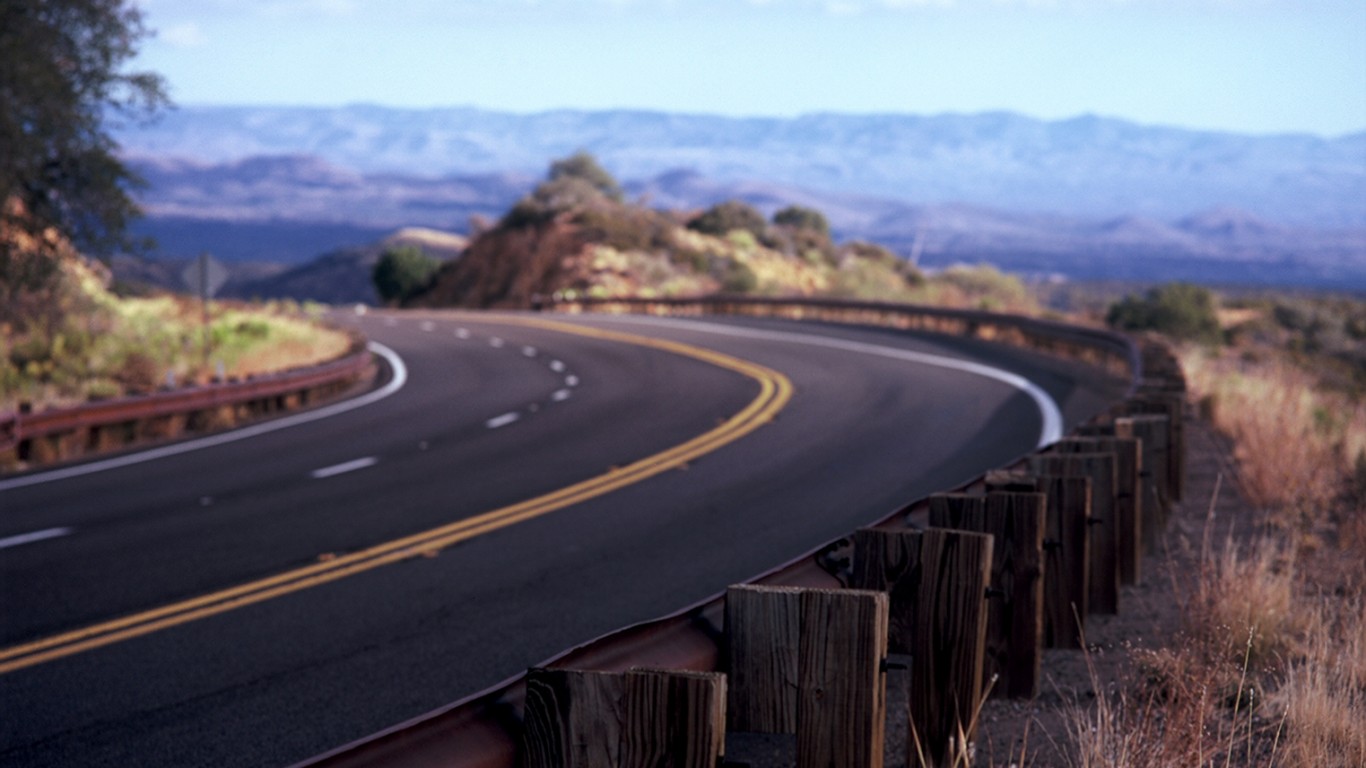 Located in the Southwest, Arizona has a warm climate, and roads in the state are not subjected to the harsh winters and the harm they can cause to roads as in other parts of the country. Partially as a result, just 14.3% of roadway in the state is in poor condition, compared to 21.8% of roadway nationwide.

Arizona is also one of only three states where less than 2% of all bridges are considered structurally deficient.

Florida is one of only eight states where less than 10% or roadway is in poor condition. Like many states with well maintained roads, Florida does not have to contend with the harsh winter weather other parts of the country do. Good road conditions are common in Florida even though the state spends less on its highways per driver than most states and also has more traffic congestion than most states. 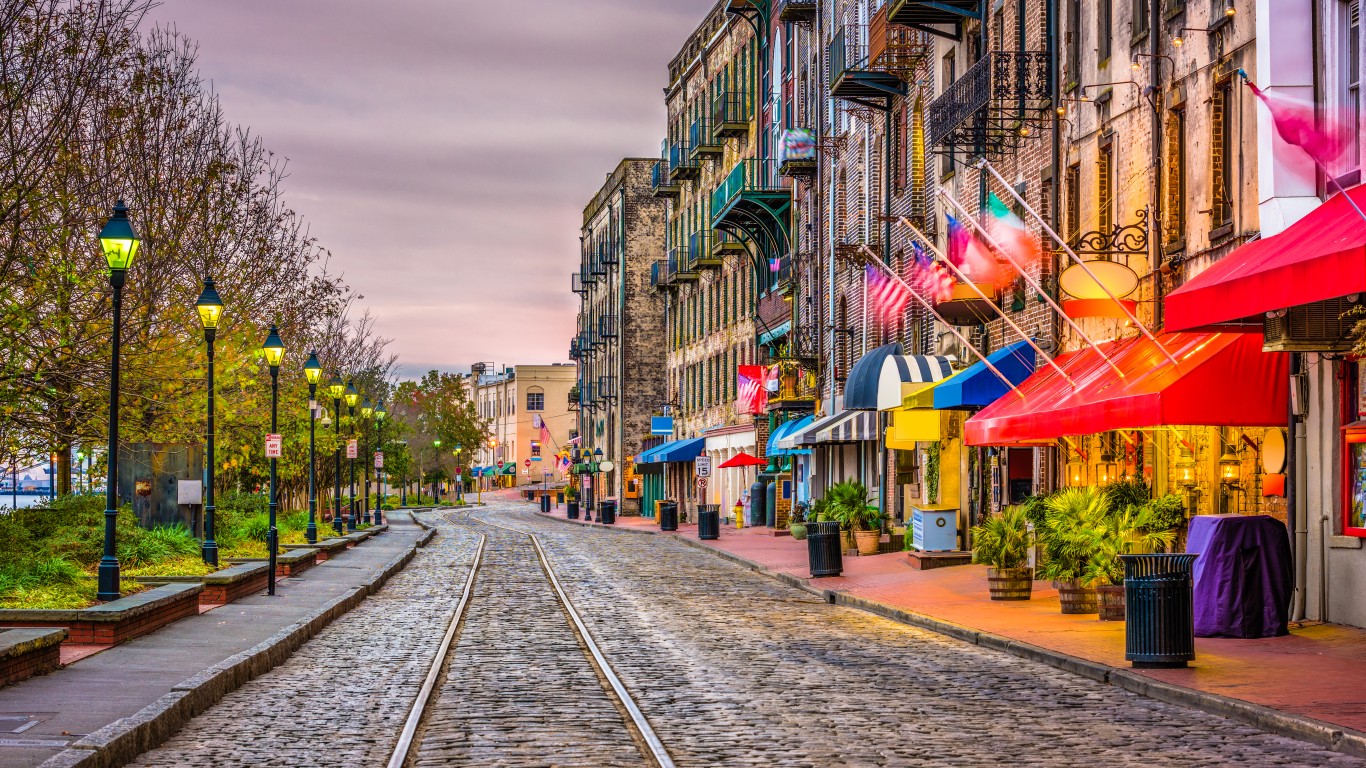 Georgia’s roads are among the best maintained in the country. Just 2.9% of roadway in the state is in poor condition, the smallest share of any state. Without harsh winters, roads in Georgia do not require the kind of upkeep of roads further north. Georgia spends an average of $2.5 billion on its highways annually, or just $366 per licensed driver, nearly the least of any state.

While Georgia’s roads are among the most likely nationwide to be in good condition, its network of railways is about average. Broken tracks are the most common cause of derailments, and there were 203 derailed trains in Georgia between 2015 and 2019, just below the national average when adjusted for miles of track.