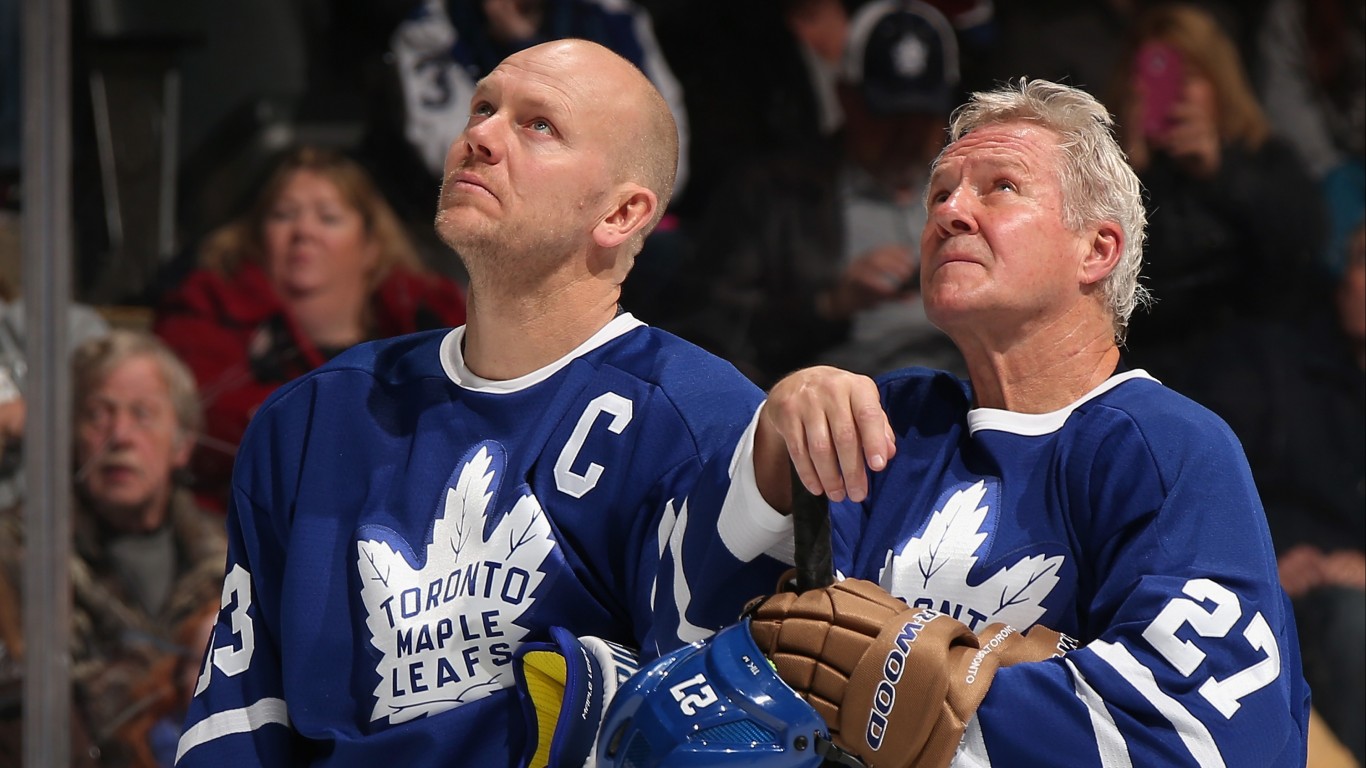 No team in pro sports has had more members inducted into the Hall of Fame than the Toronto Maple Leafs. After a century of play, Toronto has 13 championships and 65 Hall of Famers. The franchise was especially great in the 1940s and 1960s, when players like Turk Broda, Syl Apps, Harry Watson, and Tim Horton dominated the ice. The first half of the Maple Leafs’ history is especially impressive compared to the second half. Toronto hasn’t won a championship since 1967 — and the flow of Hall of Fame players has decreased dramatically.