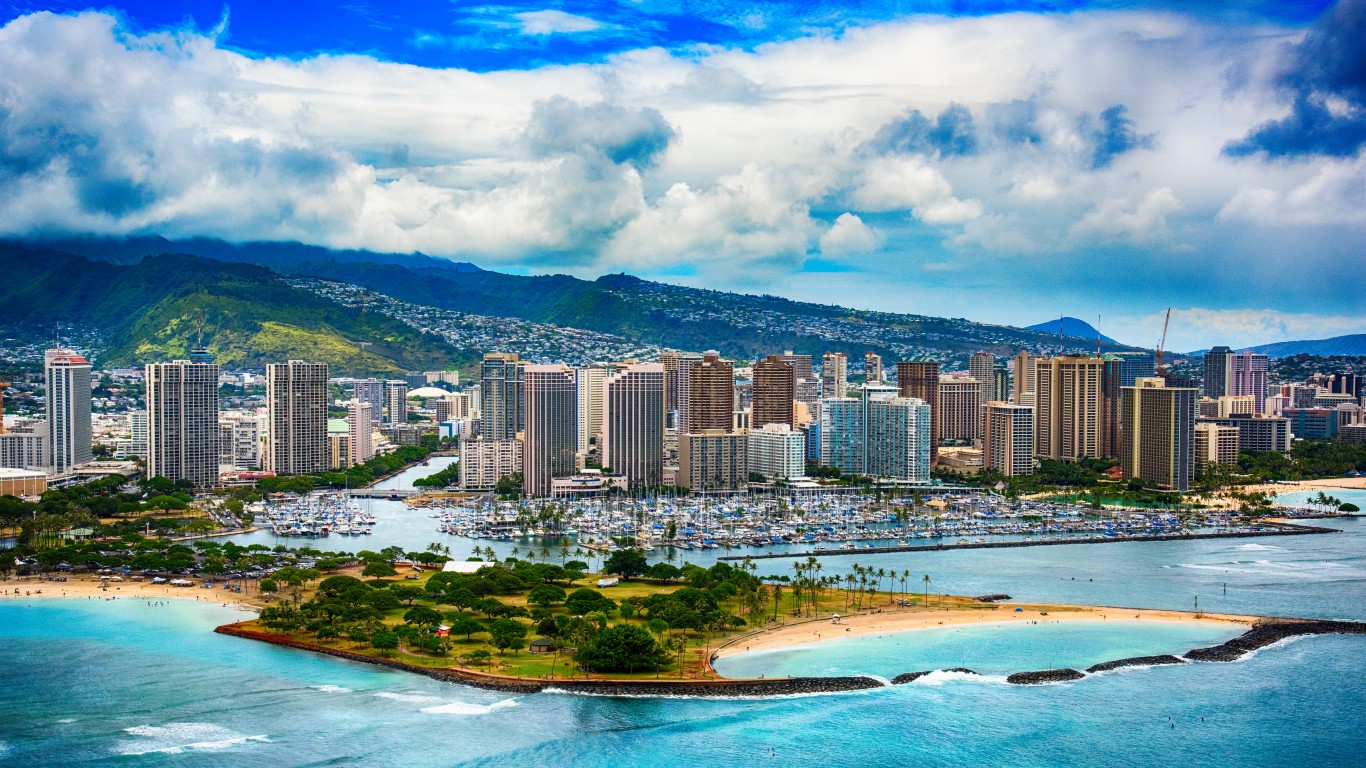 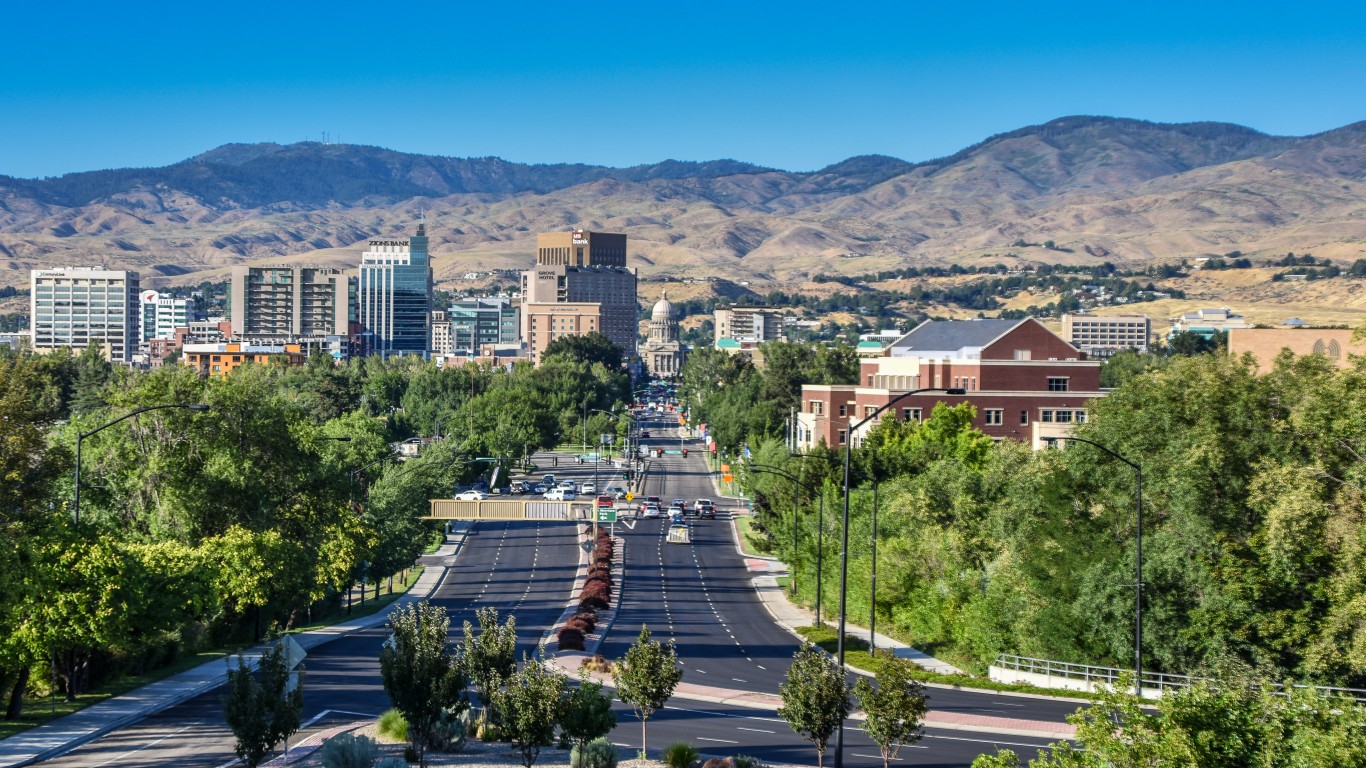 Of the six metro areas in Idaho, Boise City is the only one where as many as a third of adults have at least a bachelor’s degree. Incomes tend to rise with educational attainment, and Boise is also the only metro area in Idaho where the majority of households earn more than $65,000 a year — a higher median income than statewide median but still slightly lower than the national median. 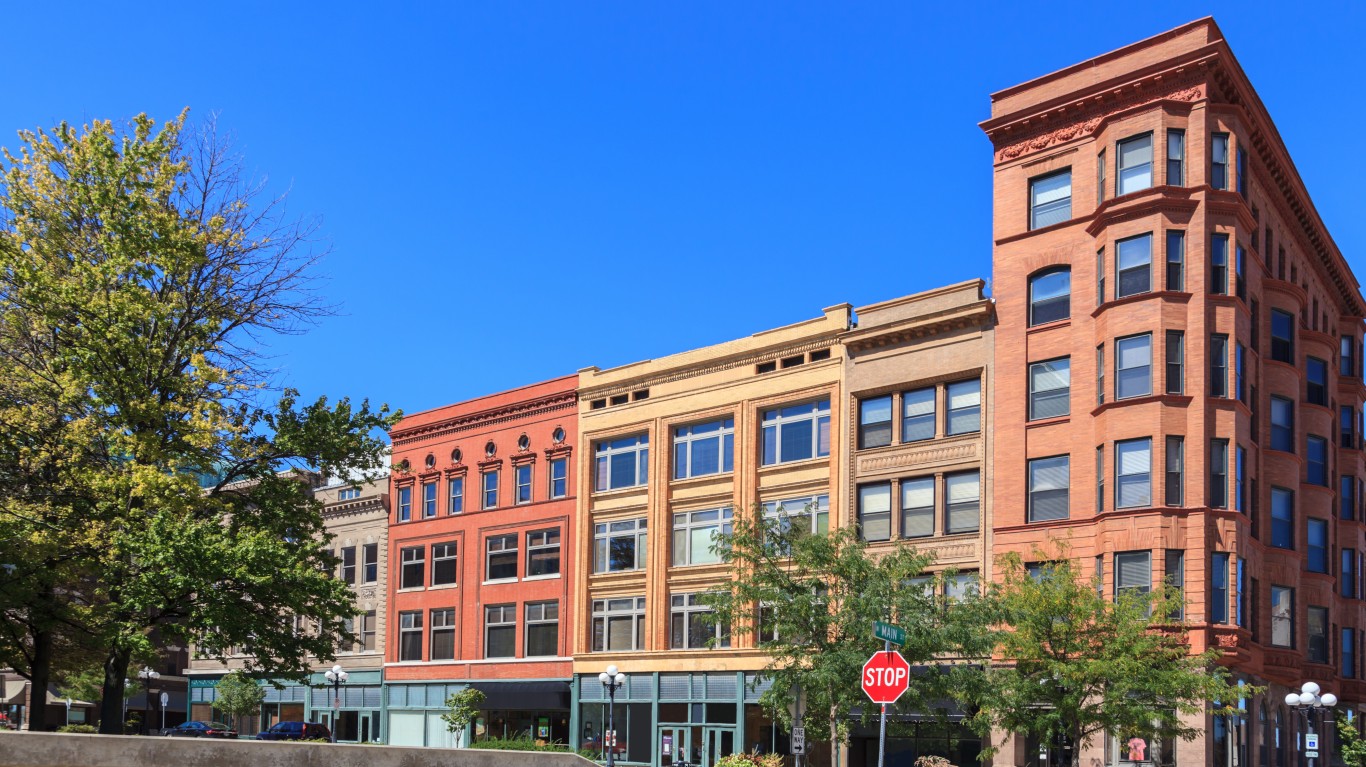 Incomes tend to rise with educational attainment levels. In Bloomington, however, the typical household earns $68,784, in line with the median income across the state of $69,187. 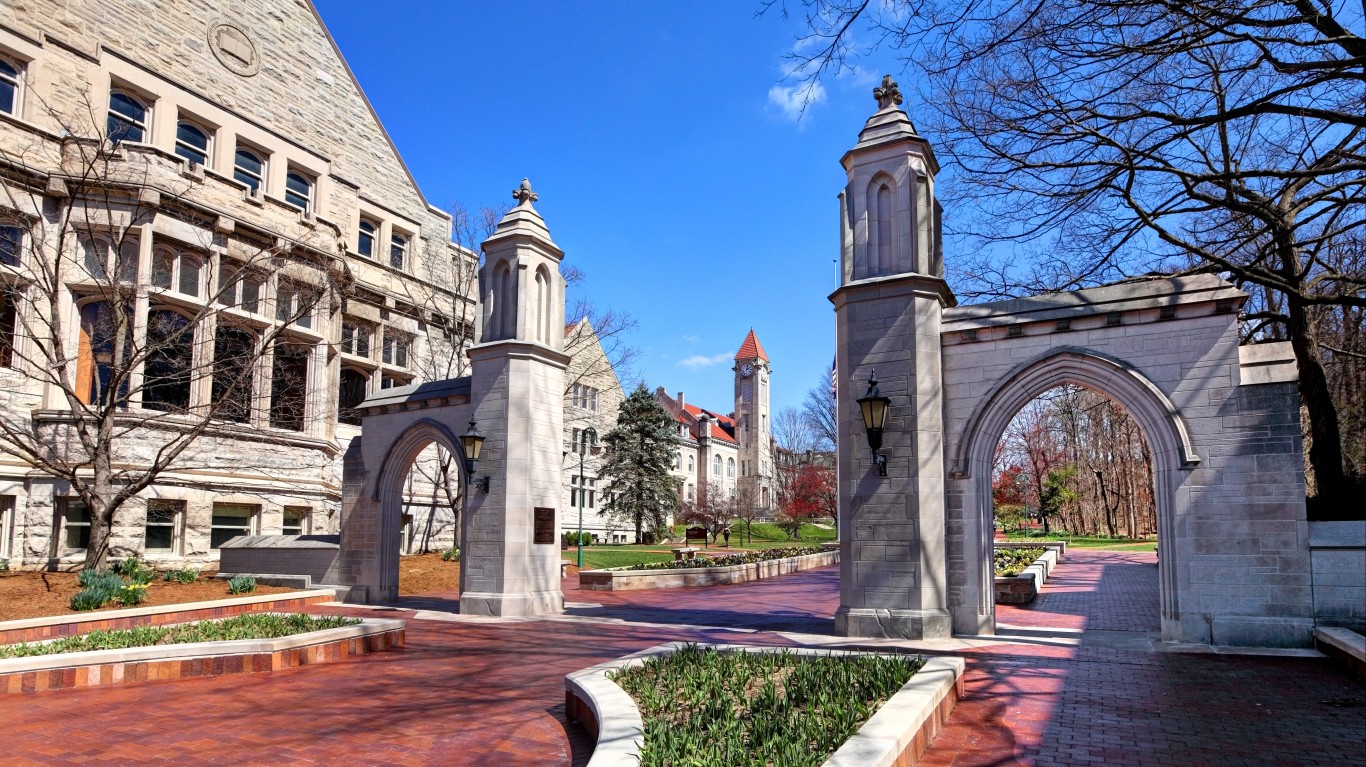 Major research universities typically have large graduate student populations and employ highly educated instructors, and partially as a result, college towns often have relatively well-educated populations. Home to Indiana University, Bloomington is no exception. Of all metro area adults, 41.0% have a bachelor’s degree or higher, by far the largest share of the 12 metro areas in the state and well above the 26.9% share of adults across Indiana as a whole. 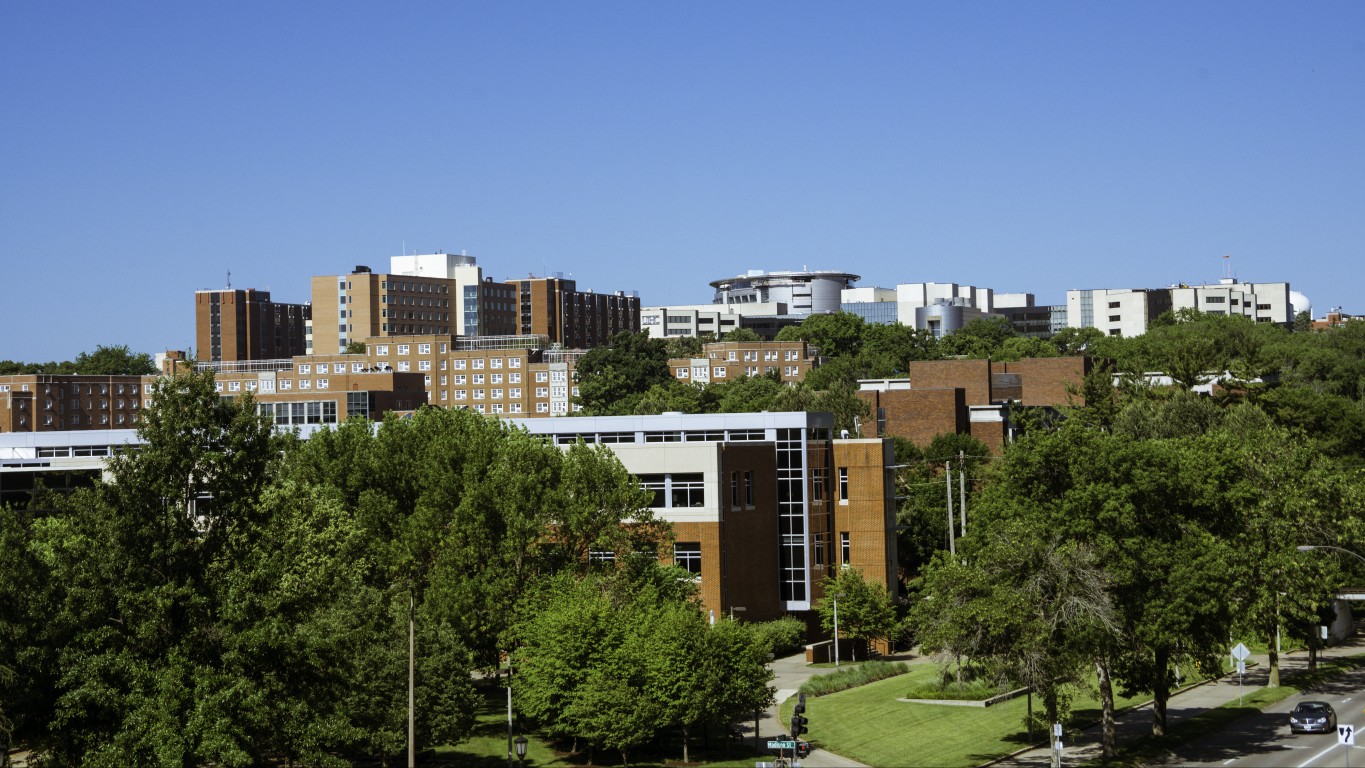 Nearly half of all Iowa City adults 25 and older, 48.8%, hold at least a bachelor’s degree. This is well above the 29.3% bachelor’s degree attainment rate in Iowa. Higher educational attainment is typically correlated with higher incomes and lower unemployment, and the same is true when comparing Iowa City to the state, though the difference is small.