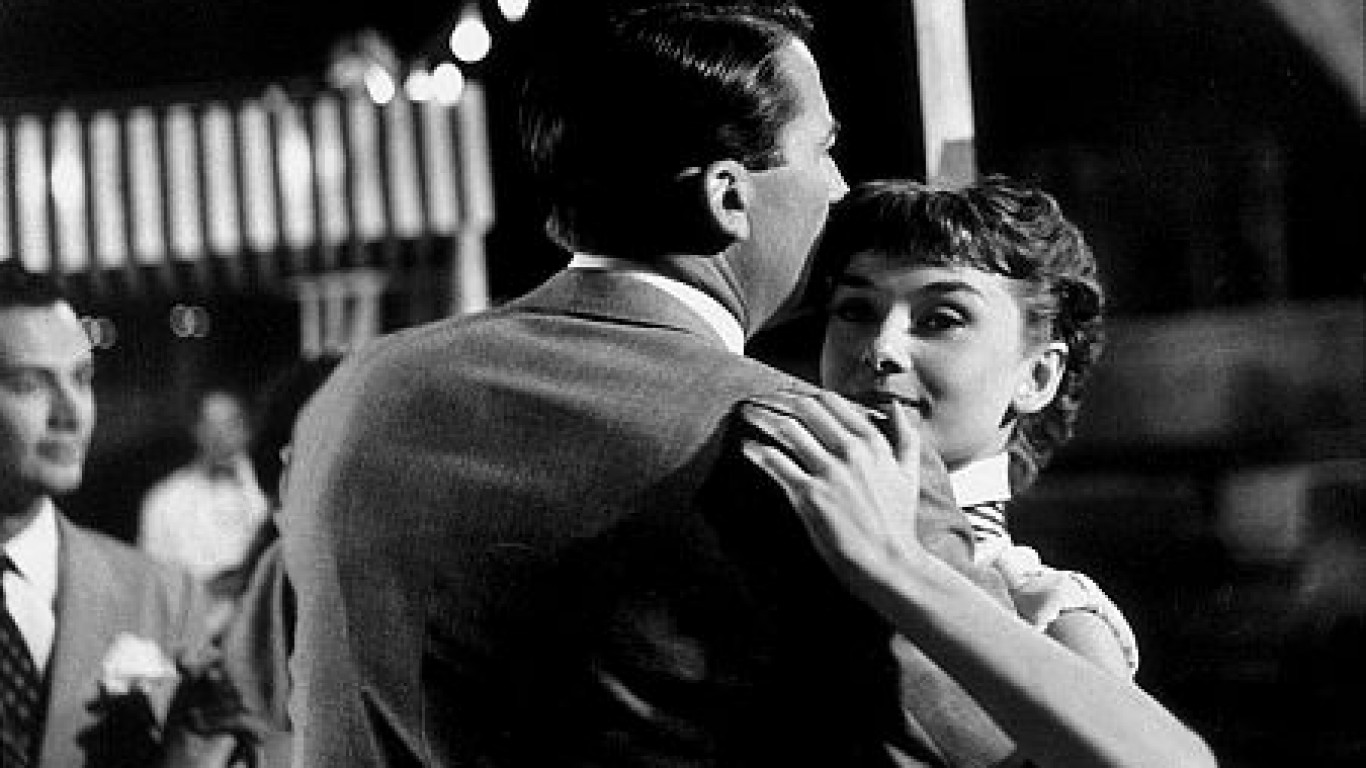 Crown Princess Ann (Hepburn) escapes from her stifling royal duties with American newspaper reporter Joe Bradley (Peck) for a whirlwind day in Rome. Joe knows who she is, but doesn’t report on their day together. The movie ends with Ann returning to her royal life, and Joe content with his memories. 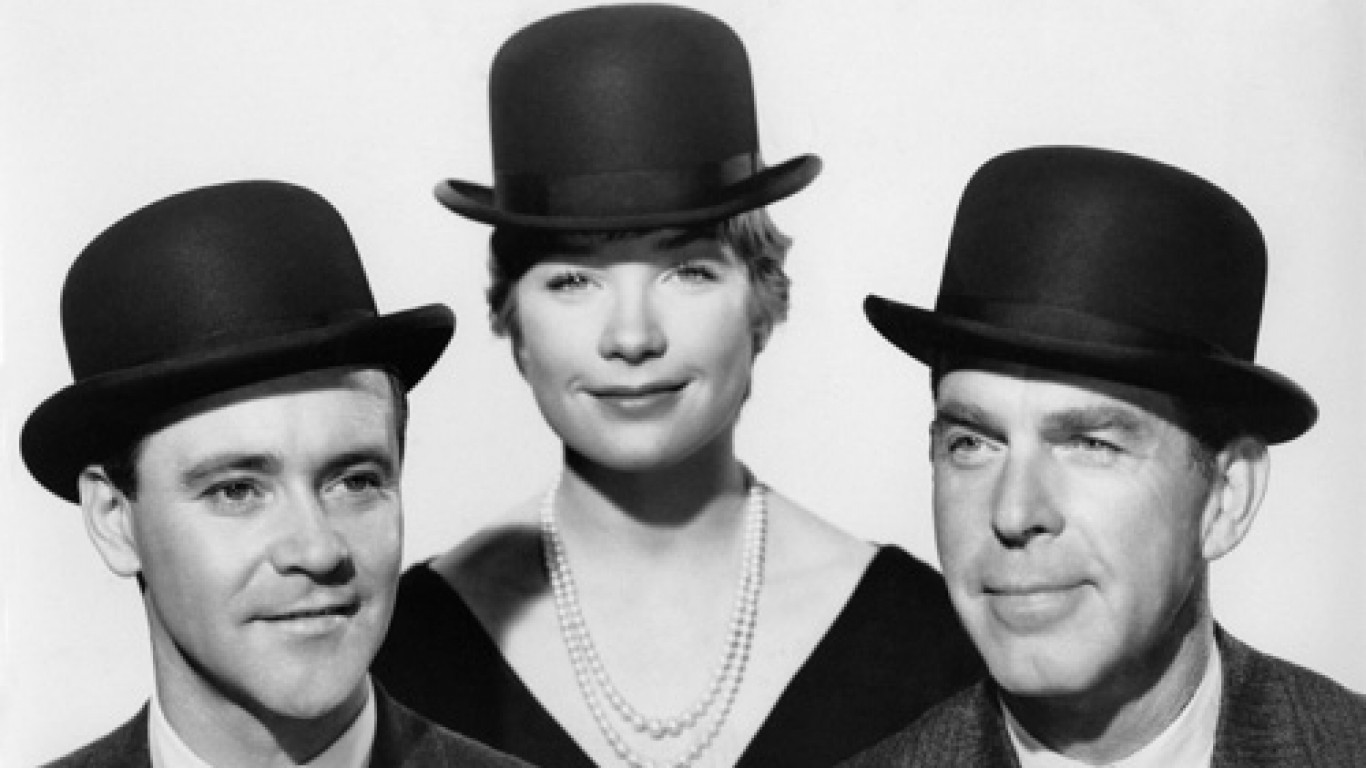 As a way to climb the corporate ladder at his insurance company, C.C. “Bud” Baxter (Lemmon) lets his superiors bunk in his apartment for extramarital trysts. When his boss’s mistress, elevator operator Fran Kubelik (MacLaine), attempts suicide in the apartment after finding out that the cheating boss was cheating on her, Bud saves her. Fed up with his boss, Bud quits his job, but finds himself a girl — Fran. 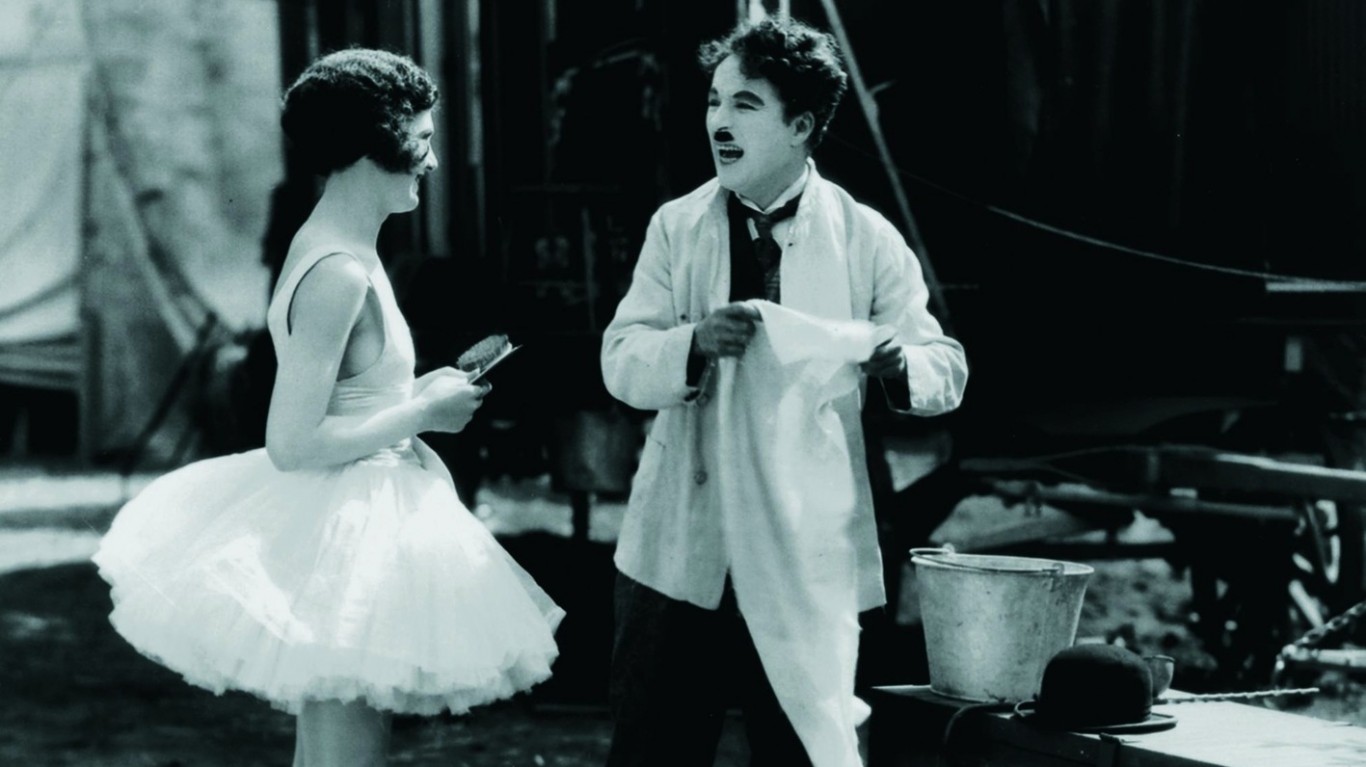 In this melancholy silent movie, the Tramp (Chaplin) stumbles into a circus and finds love with a mistreated horse rider (Kennedy). Unfortunately, she loves someone else, a tightrope walker, Rex. In a rarity for a rom-com, the Tramp doesn’t end up with the girl. Instead, he smiles as the tightrope walker and the horseback rider move on together and he leaves the circus. 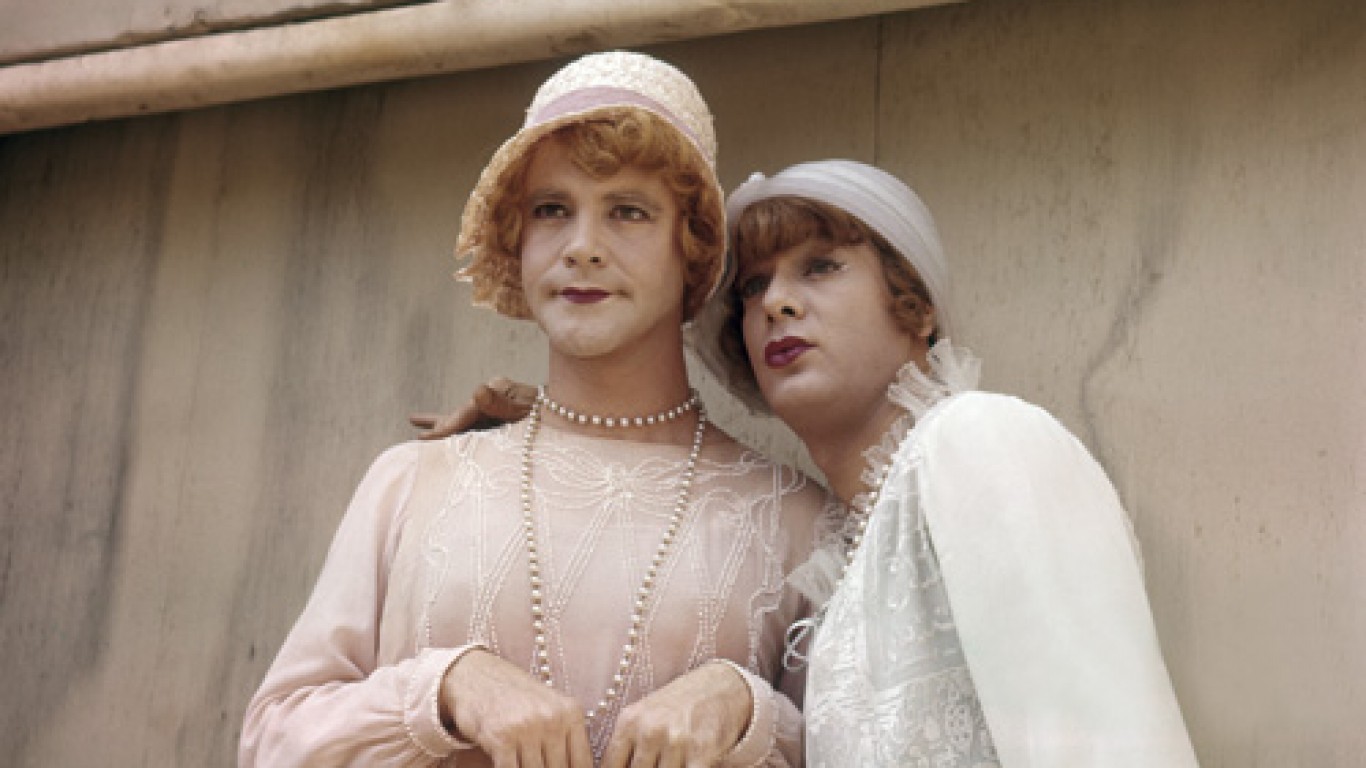 A comedy of mistaken identity, two musicians Joe and Jerry (Curtis and Lemmon) escape the mob after witnessing the infamous St. Valentine’s Day Massacre in Chicago. Dressing up as women to join an all-female band traveling the country, Joe (Curtis) falls for Sugar (Monroe) and Jerry finds himself the love object of another man. Sugar and Joe kiss in the end, and Jerry admits to his admirer that he is, in fact, a man. Unfazed, his suitor says, “Well, no one’s perfect.” 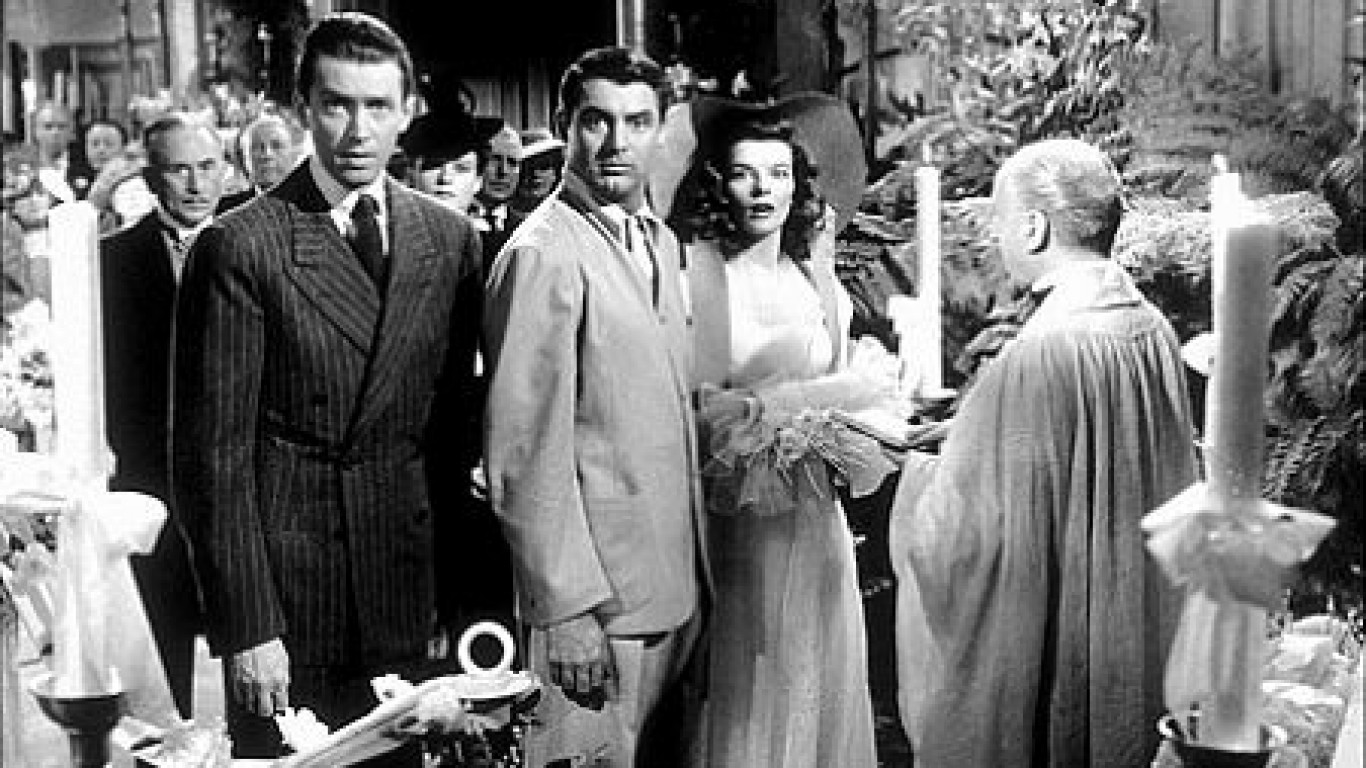 Snobbish Tracy Lord (Hepburn) is set to marry George Kittredge, but is soon distracted by reporter Macaulay “Mike” Connor (Stewart) â and her ex-husband, C.K. Dexter Haven (Grant). With too attractive men to choose from, can Tracy go wrong?