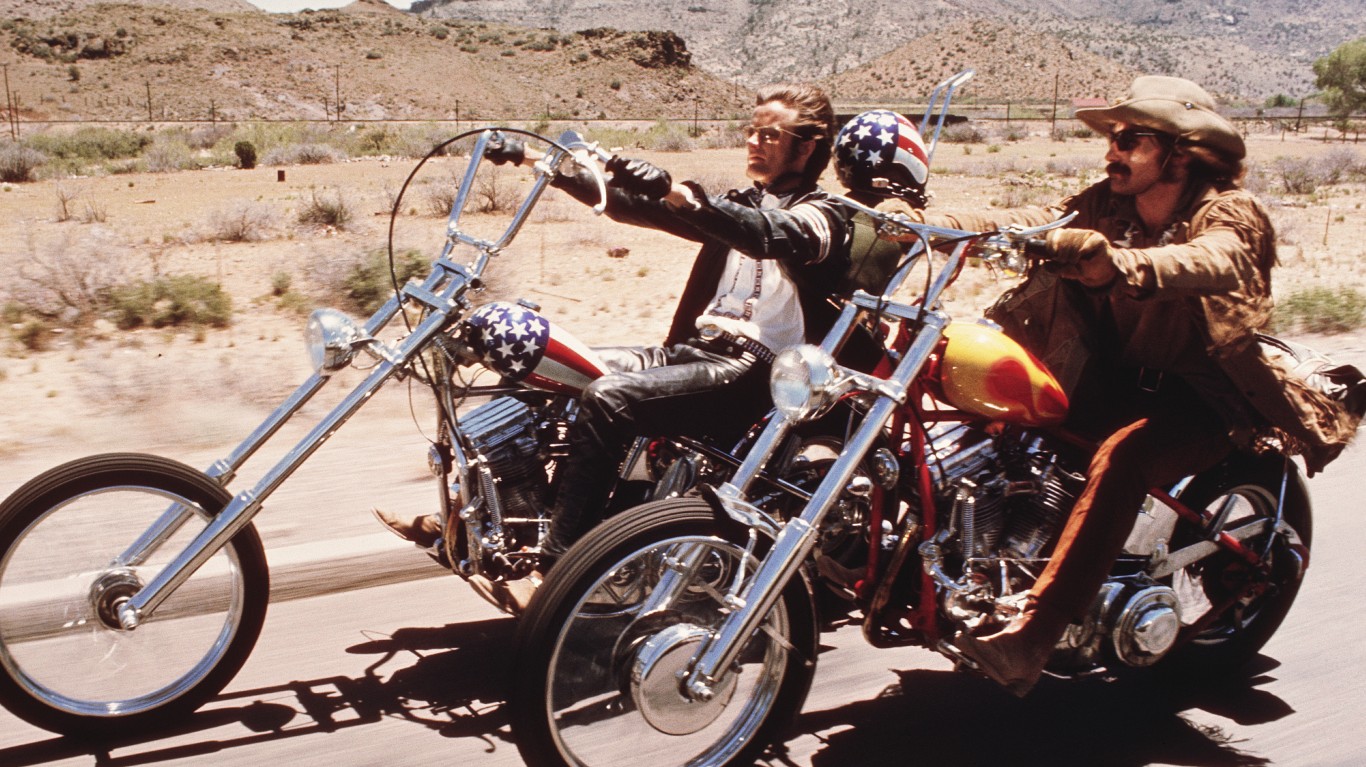 Source: Courtesy of Columbia Pictures
Cannabis occupies an ever-growing presence in American culture. The first songs celebrating marijuana date from the 1920s and their number has grown exponentially since the 1960s. And there’s an entire “stoner” sub-genre in both TV and film, including a slew of recent documentaries and docu-series about cannabis — many of which explore complex issues such as legalization, medicinal use, and the disastrous “war on drugs.” The end result is an epic trove of content that’s often as informative as it is entertaining. (Check out this article to see how much every state can make from legalized marijuana).

Serious treatments aside, one generally expects to find pure entertainment on the menu when the word “stoner” is used. It’s no surprise then that marijuana remains a frequent source of comedy on screens both big and small. And while we won’t go as far as to suggest that the best cannabis movies and shows are better when viewed under the influence, we won’t not suggest it either. (Along similar lines, here’s a list of the best R-rated movies ever made).

Meanwhile, what better way to enjoy a cannabis movie or show than from the comfort of one’s couch? Thanks to the power of streaming, modern viewers are spoiled for choice. From vintage classics like “Up in Smoke” to recent fare like “This is the End” to pot-themed cooking competitions, here are some of the best cannabis movies and shows to stream right now.

To identify the best cannabis movies and shows to stream right now, 24/7 Tempo reviewed several online sources such as Cannaverse, a consulting service for the cannabis industry, and Rotten Tomatoes, an online movie and TV review aggregator, for the cannabis-centered movies and TV shows that are streaming right now. Cast information comes from IMDb, an online movie database owned by Amazon.