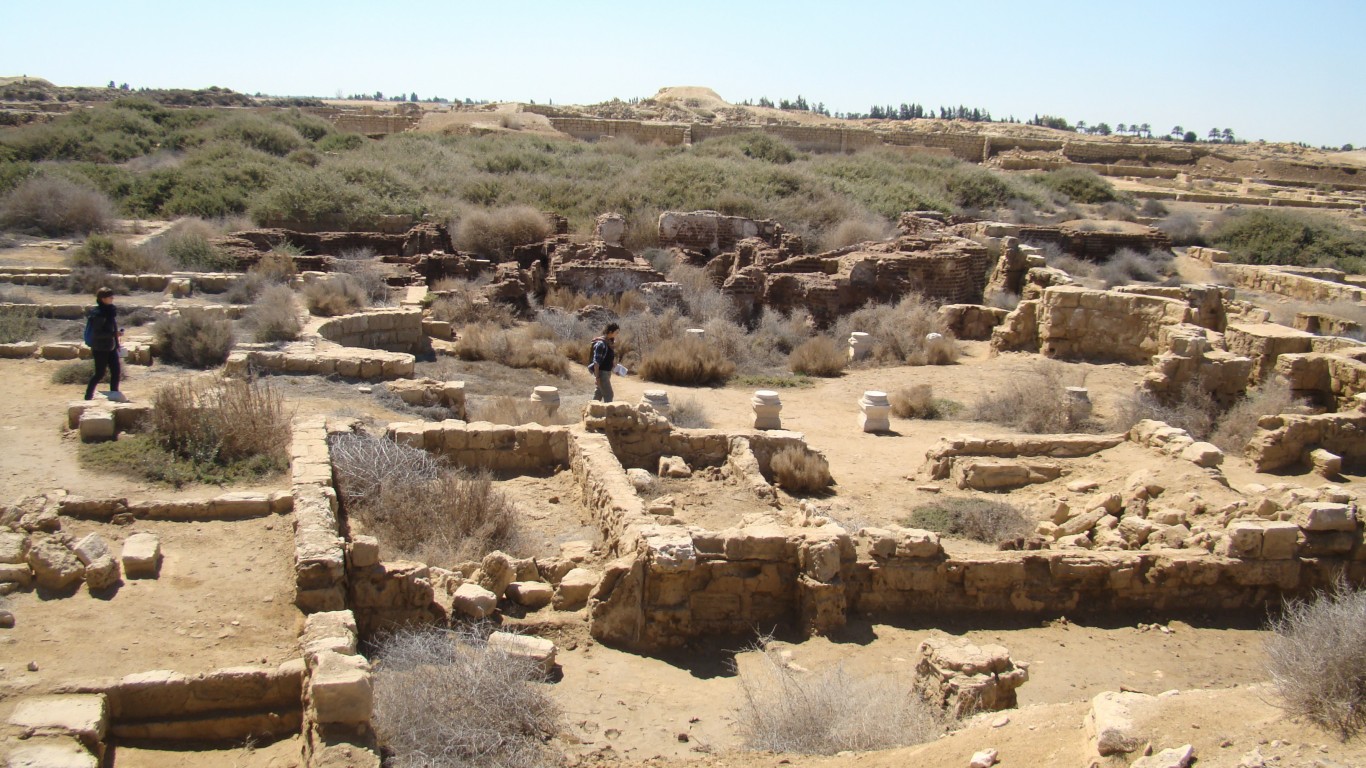 Ruins at Abu Mena (VI) (CC BY 2.0) by Institute for the Study of the Ancient World

Abu Mena is the site of an early Christian city and monastery in Egypt, southwest of Alexandria, built over the tomb of the martyr Menas of Alexander, who died in the third century. The destruction of cisterns around the city has led to the opening of underground gaps. The higher risk has forced authorities to close endangered buildings, including the crypt of Abu Mena. The local Supreme Council of Antiquities has responded by digging trenches and enlarging the protected area. 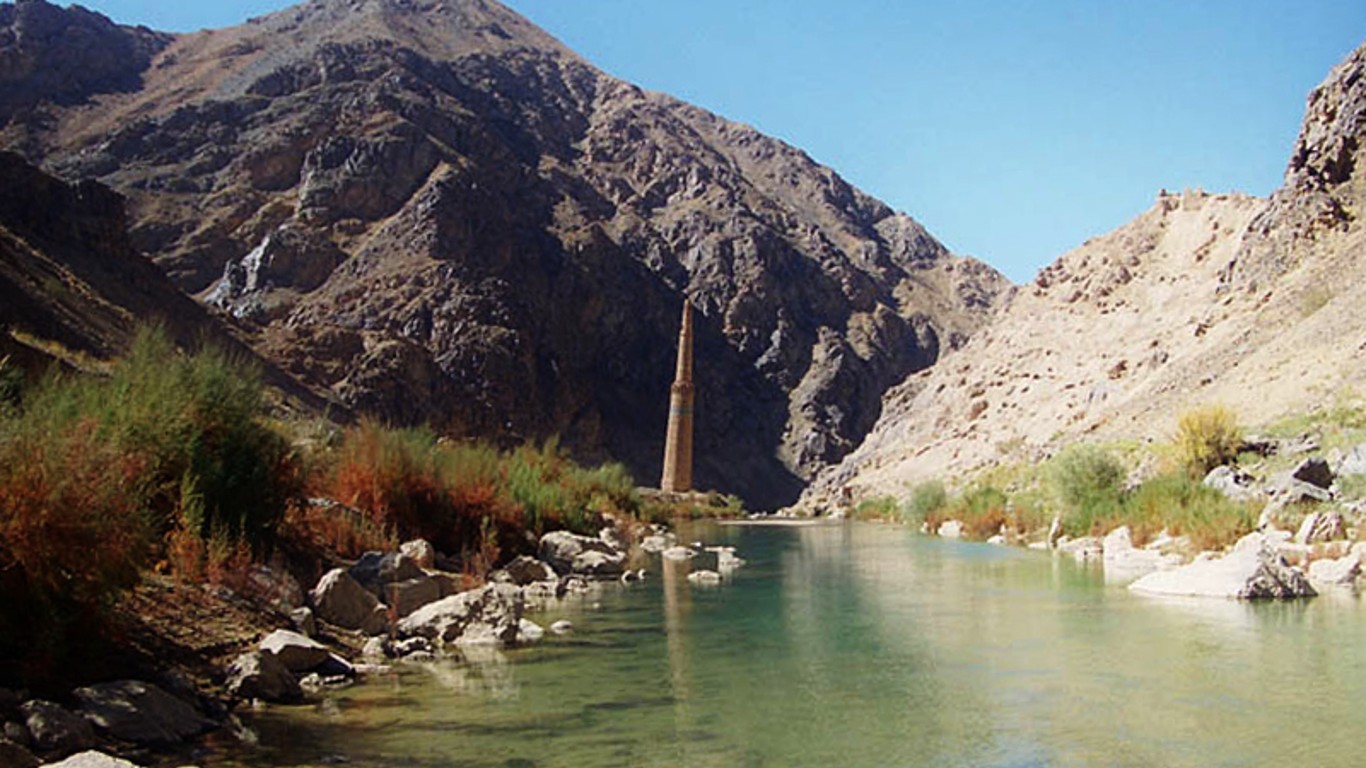 Rising to about 213 feet, the Minaret of Jam dates to about the 12th century. It is noted for its intricate brickwork and distinctive blue-tile inscription. According to UNESCO, the innovative structure “played a significant role in the development of the arts and architecture of the Indian sub-continent and beyond.” The threat to it comes from nature. Proposals are afoot to shield it from erosion of the riverbanks adjacent to it. 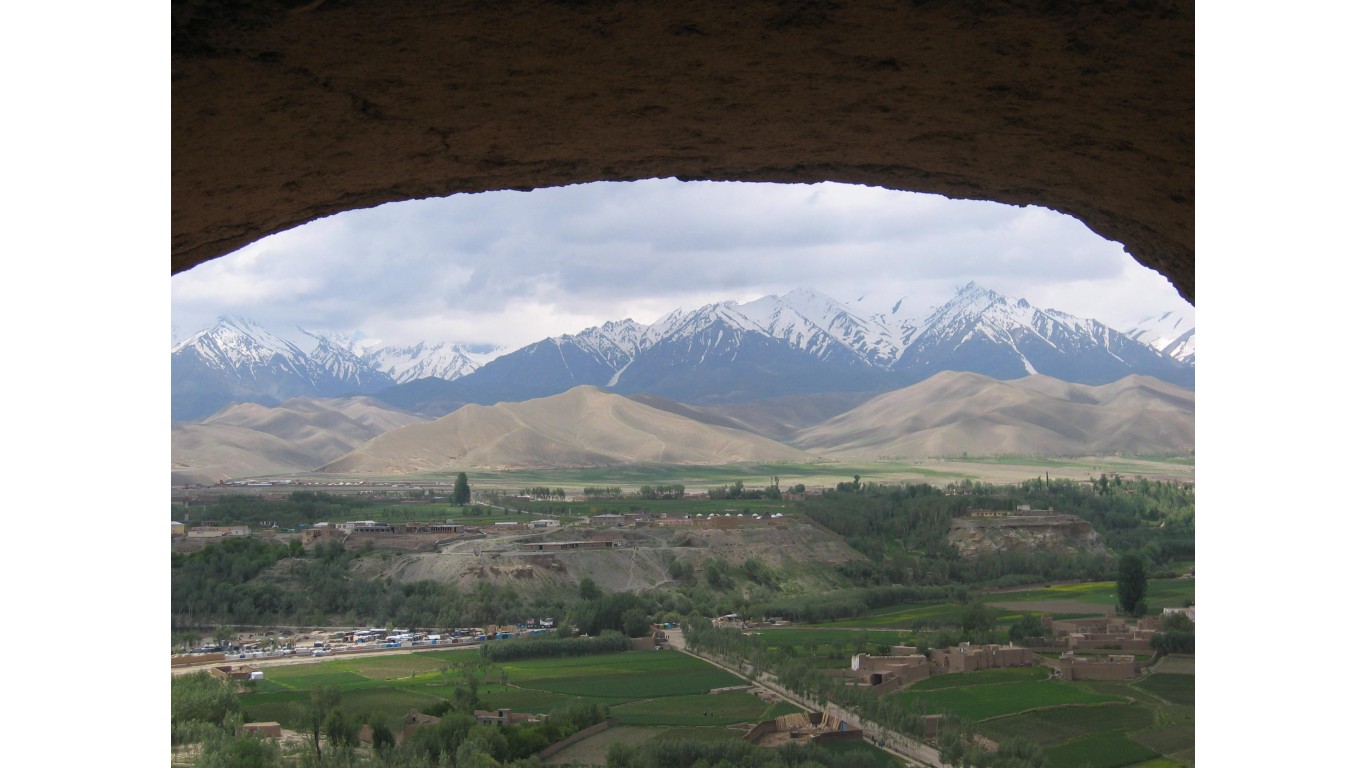 UNESCO calls the region “the most monumental expression of the western Buddhism.” The site bore witness to the destruction of two massive Buddha statues by the Taliban in 2001. The region contains Buddhist monasteries and sanctuaries, as well as fortified redoubts from the Islamic era. The religious and artistic features date from the first century. There are concerns for the region since the Taliban has regained control of Afghanistan. 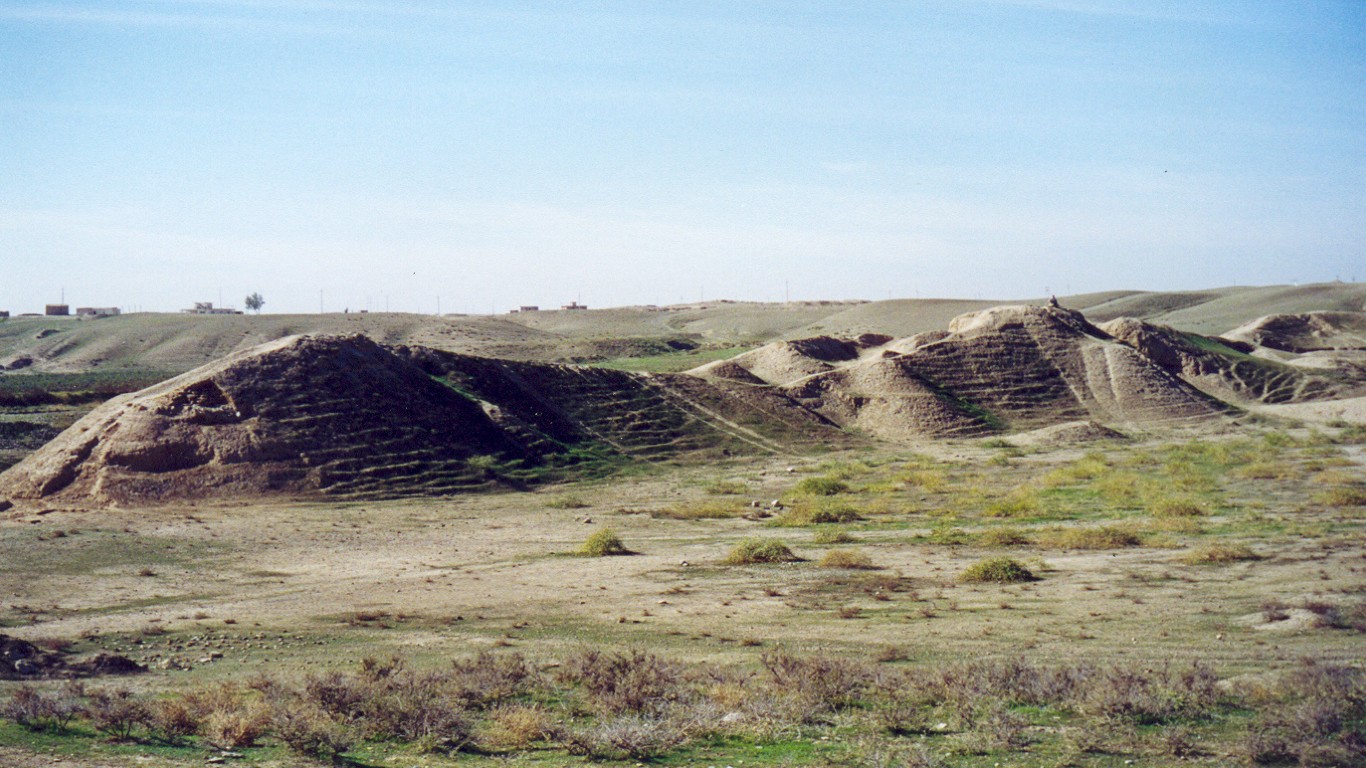 The ancient city Ashur (Qal’at Sherqat), on the banks of the Tigris River, dates from 3000 B.C. It was the first capital of the Assyrian empire, where its kings were crowned, and it was the religious center of the empire before the Babylonians destroyed it. The threats today are deliberate destruction of heritage, flooding, and the lack of conservation and management plan. 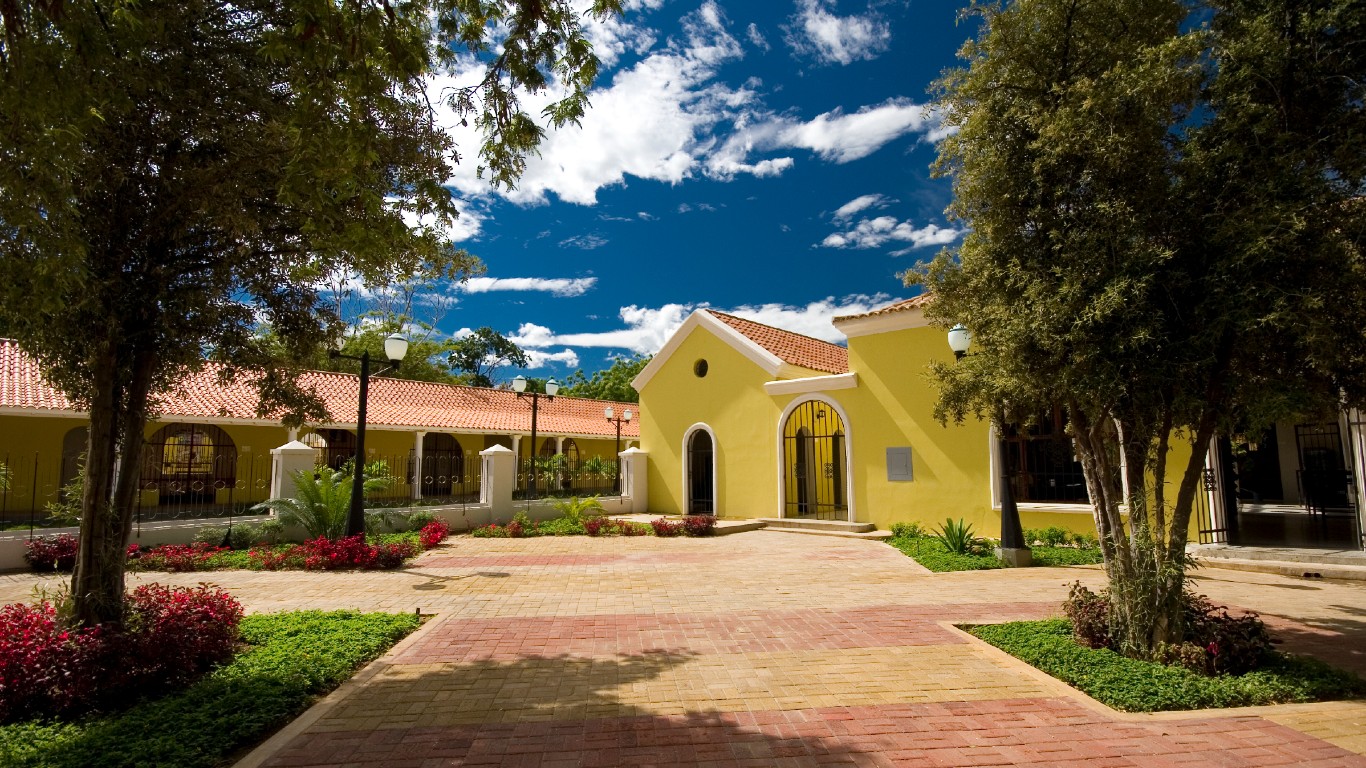 Coro and its Port (2005)
> Location: Venezuela (Bolivarian Republic of)

Coro is one of the few cities that can boast a combination of Spanish and Dutch architectural techniques. The city has been able to maintain its layout from its 16th-century origins. Founded in 1527, it has more than 600 historic buildings and is one of the earliest examples of Spanish colonization. An usual amount of rainfall in 2005 damaged Coro and the city was placed on the List of World Heritage in Danger. Venezuelan authorities are coordinating actions to mitigate the damage to Coro.