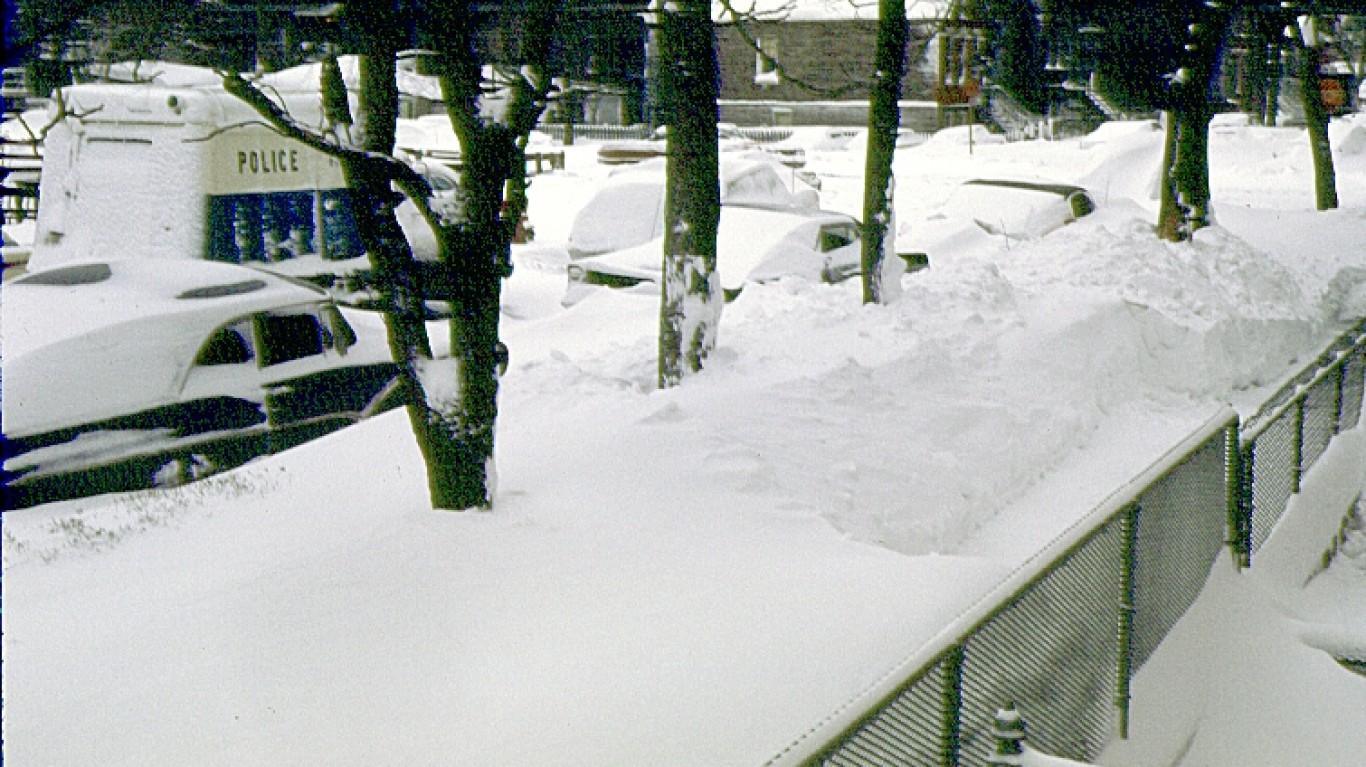 As the snow began to fall on Jan. 26th, most Chicagoans were able to make it to school and work. The commute home, however, was a disaster. As eight inches of snow blanketed the city by noon, transportation systems shut down and commuters were left stranded in their cars, or their offices or in a hotel, if they could find a room. By the 28th, the city had dug itself out from the blizzard, but more than 60 people died in what was termed the most disruptive event in the city’s history since the Great Chicago Fire of 1871. 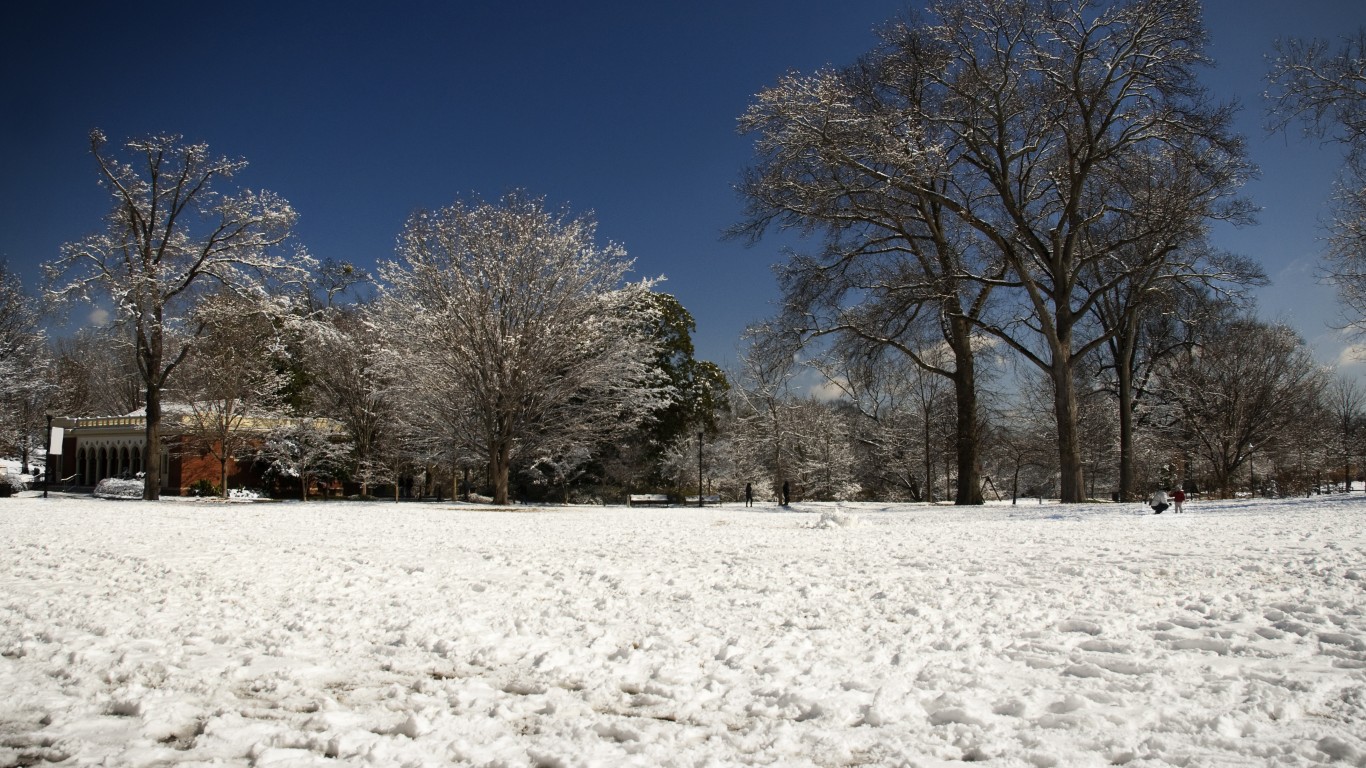 Although Atlanta has been known to weather an occasional snowstorm, the city was hit with a paralyzing blizzard in January of 1940. Instead of the typical two to four inches of snow dumped on the city by an average Atlanta storm, the Great Atlanta Blizzard covered the Southern capital with more than 10 inches of the white stuff, closing schools and transportation and downing power lines. But in Virginia, Farmville was hit even worse by the same storm â the town 55 miles southwest of Richmond was buried in 24 inches of snow.

The Blizzard of 1978 stretched from New England to New York, New Jersey, and Pennsylvania. Snow totals ranged from 27 inches in Boston to 16 inches in Philadelphia. About 100 people died,10,000 sought emergency shelter, and more than 2,000 homes were destroyed or severely damaged, including many along the New England and Long Island coastline. All told, the storm caused $520 million in damages, which equates to almost $2.2 billion in 2021 dollars. 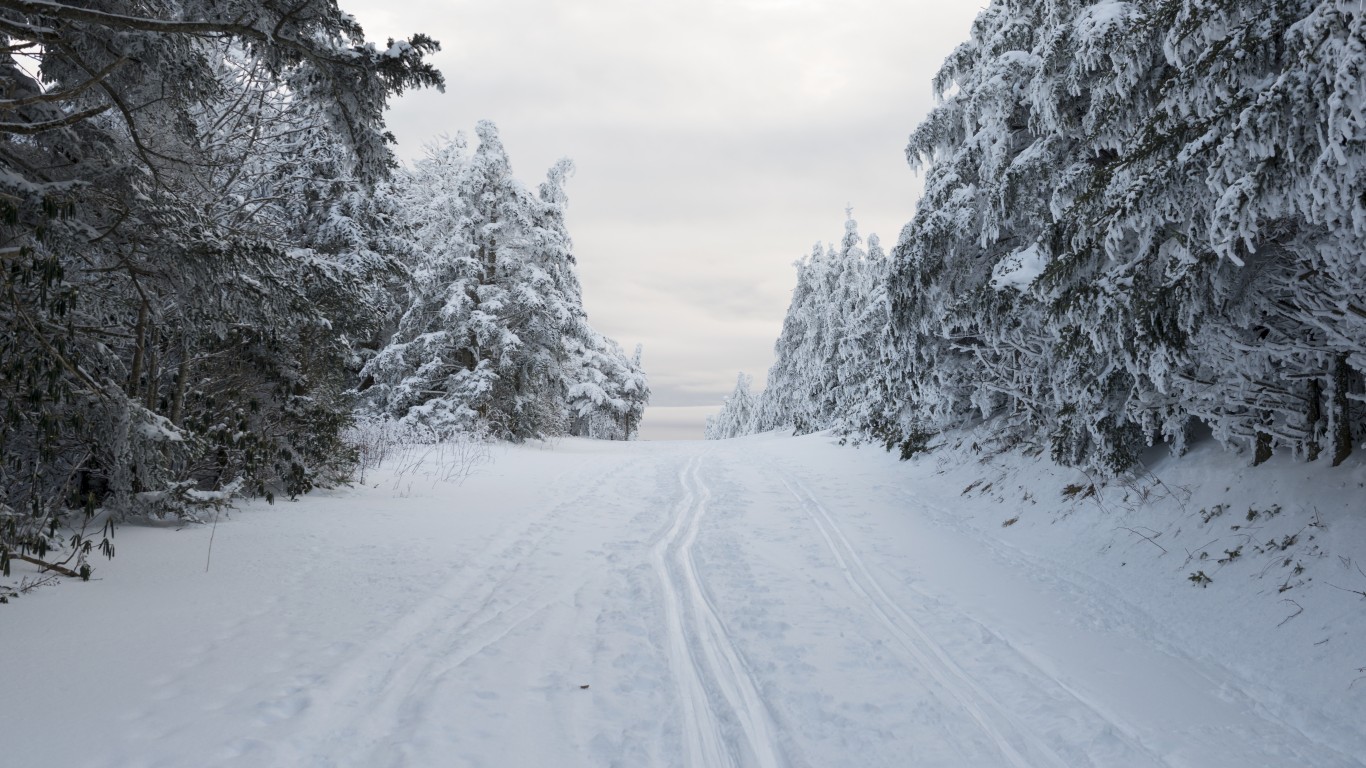 The Knickerbocker Storm got its name from a tragic event related to the blizzard. So much snow fell on the Knickerbocker Theatre in Washington, D.C. that the roof collapsed, killing 98 people and injuring 133 at about 9 p.m. on Jan. 28. The nation’s capital took the brunt of the accumulation with a blanket of 28 inches, but Maryland and Virginia were also covered with heavy snow. 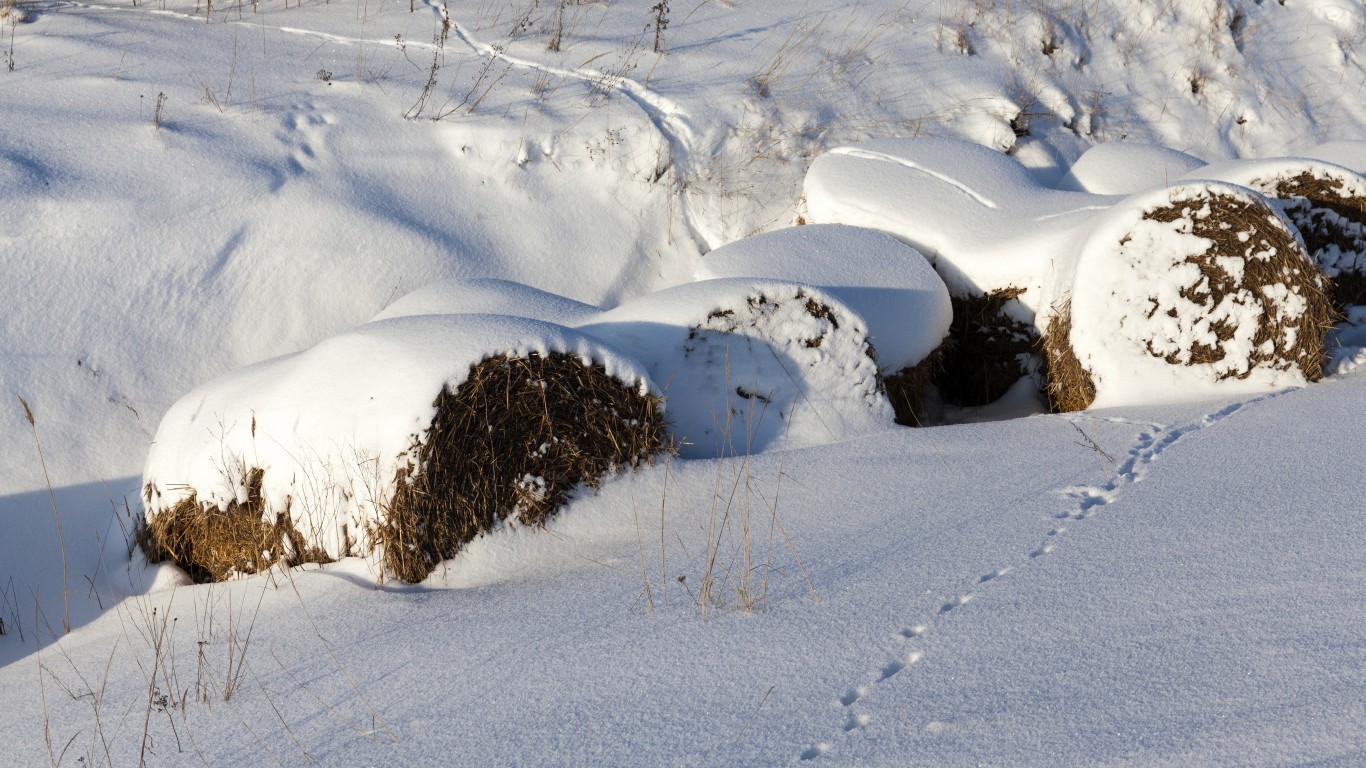 Not known for significant snowstorms, northwestern Oklahoma was inundated with 36 inches in the town of Buffalo, creating 20-foot high snow drifts. Yet nearby cities in the Oklahoma Panhandle received light snow of only two to three inches. Thousands of head of livestock were lost in the storm, but the precipitation gave the parched area some relief.