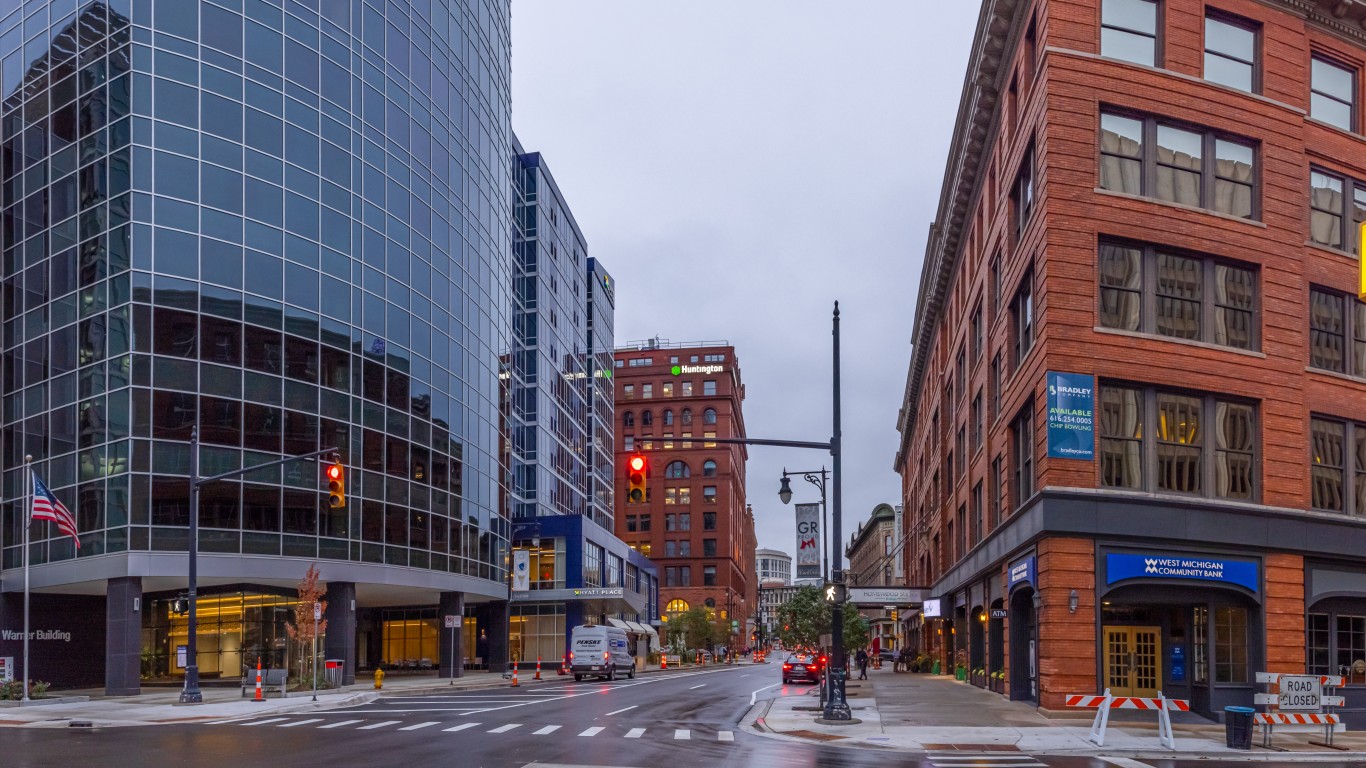 The largest Michigan county outside the Detroit metro area, Kent County encompasses Grand Rapids and the surrounding area. A major hotspot of pollution is centered around the Viant medical device sterilizer on the West Side of Grand Rapids. Between 2017 and 2019, the MI Department of Environmental Quality issued multiple violations to Viant for elevated ethylene oxide emissions and fined the company $110,000. 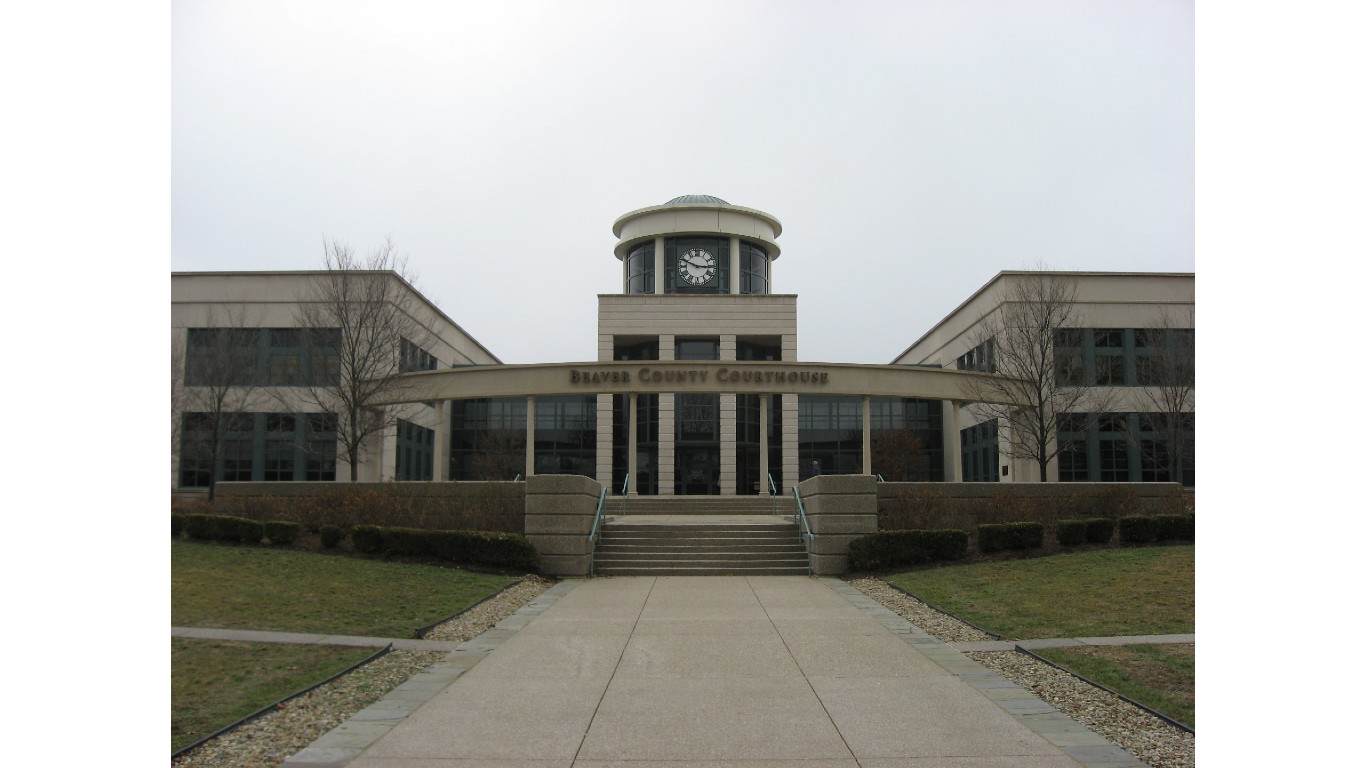 A new Shell petrochemical facility being built in Beaver County has already gotten heat from PA’s Department of Environmental Protection for violating sections of the Air Pollution Control Act. Other industrial centers in the county that contribute the most to air pollution include metal fabricator ATI Precision Finishing, Whemco Steel Castings, and BASF, all of which are situated along the OH River.

24/7 Wall St.
This Country Is the Worst Polluter in the World 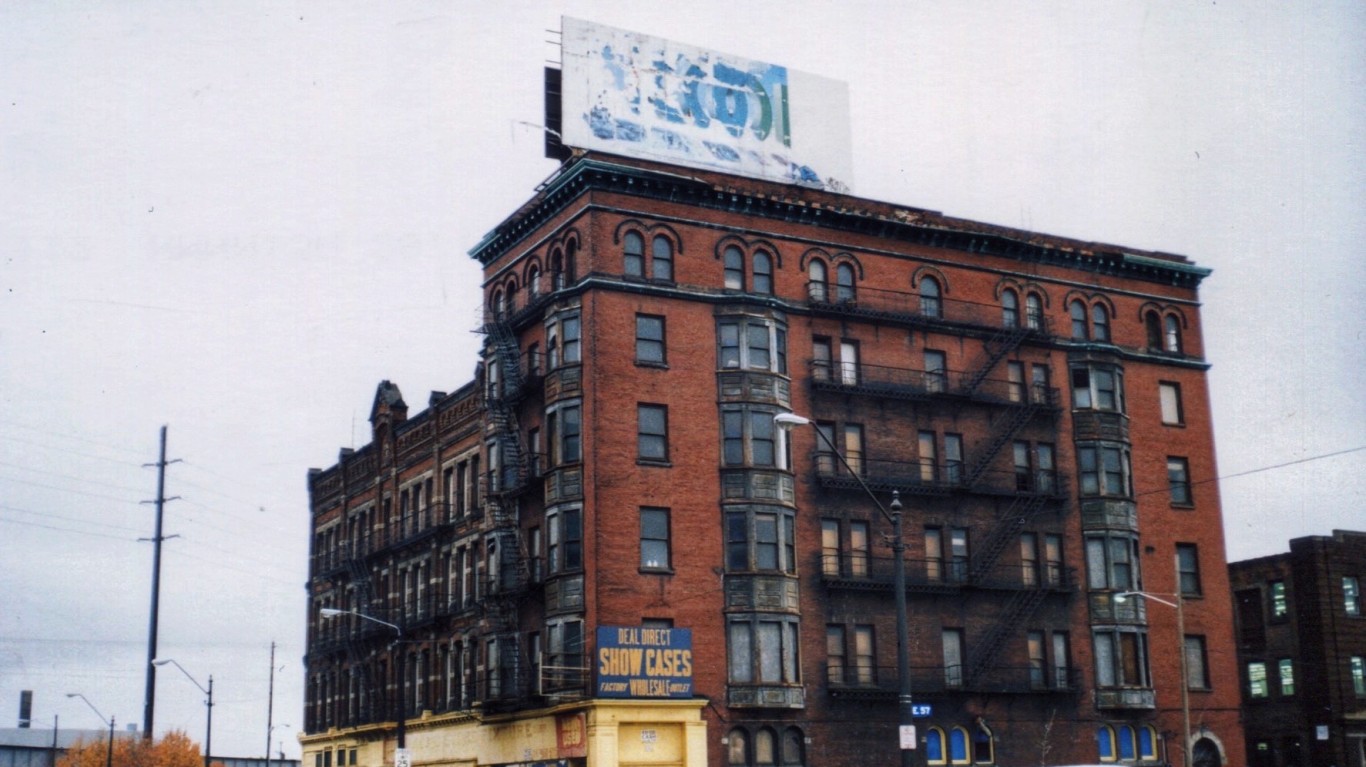 Encompassing Cleveland and bordering Lake Erie, Cuyahoga County has one of the nation’s 100 worst polluting industrial facilities, according to the Toxic 100 report by the United Church of Christ and the Environmental Integrity Project. The metal fabrication company MPC Plating Inc. reported releasing 6 million tons of the carcinogen hexavalent chromium into the air in 2018. MPC Plating is responsible for 99.2% of the estimated elevated cancer risk in the area, and is located in a neighborhood where 91% of residents are Black or Latino, and 71% are low income. 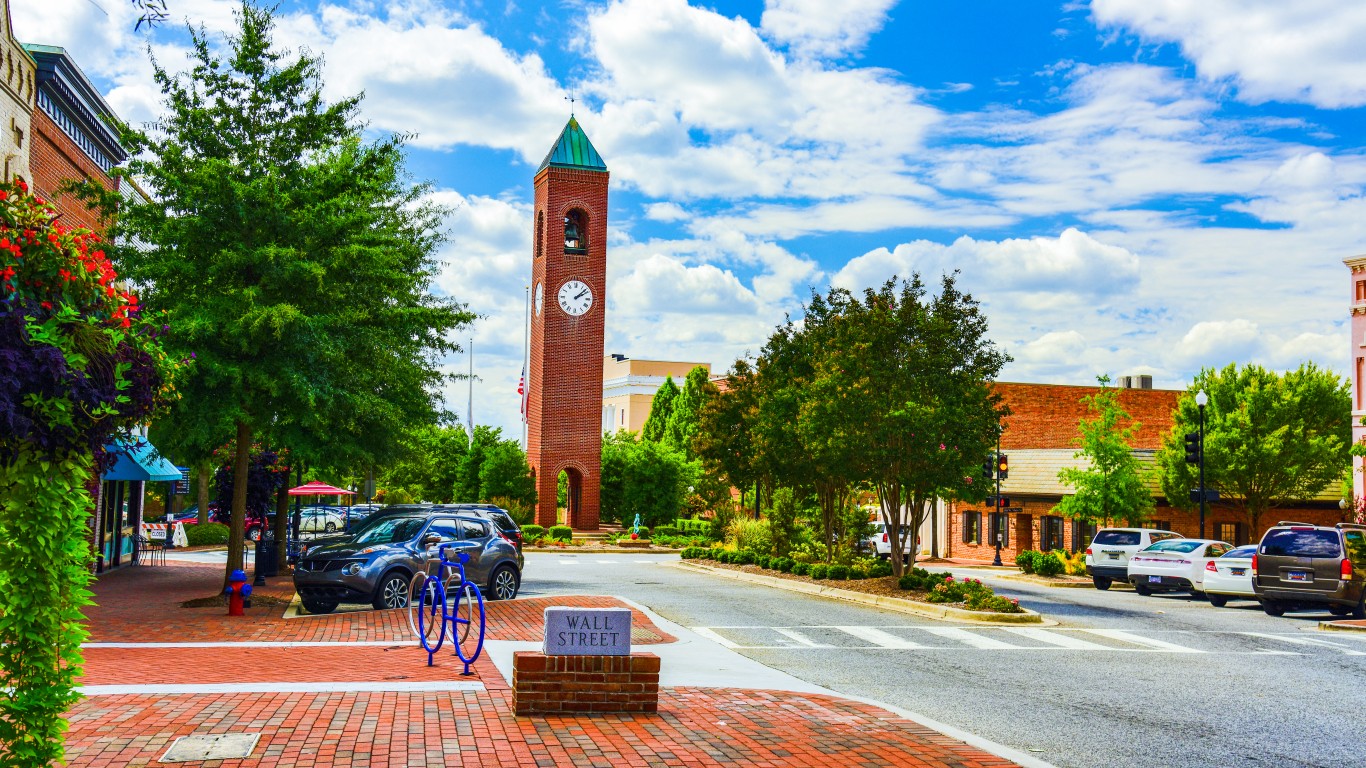 Spartanburg County hosts numerous chemical companies including StarChem and the German multinational BASF – the largest chemical company in the world, producing a wide range of substances for the pharmaceutical, cleaning, textile, automotive, and construction industries, among others. According to ProPublica, BASF’s footprint of cancer-causing air pollution is higher than that of any other foreign company in the U.S. Their Spartanburg factory releases acetaldehyde, propylene oxide, and ethylene oxide. 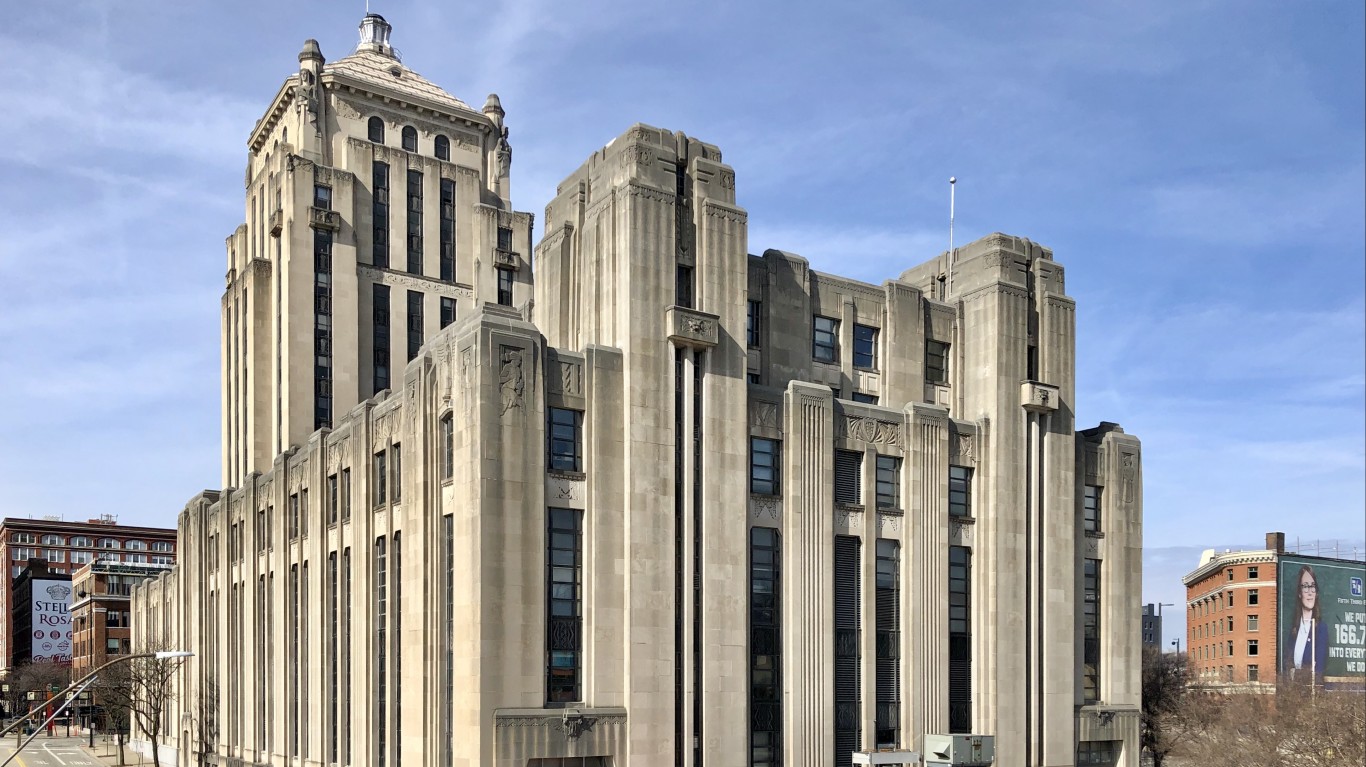 This county in southern Ohiosits astride the Ohio River and encompasses Cincinnati and the surrounding area. A historic metal manufacturing area, Hamilton County is still home to a few metal fabricators as well as multiple chemical companies including the Shepherd Chemical Company – which emits cobalt, chromium, and nickel compounds – and INEOS USA LLC, a plastic resin manufacturer that emits butadiene and acrylonitrile.