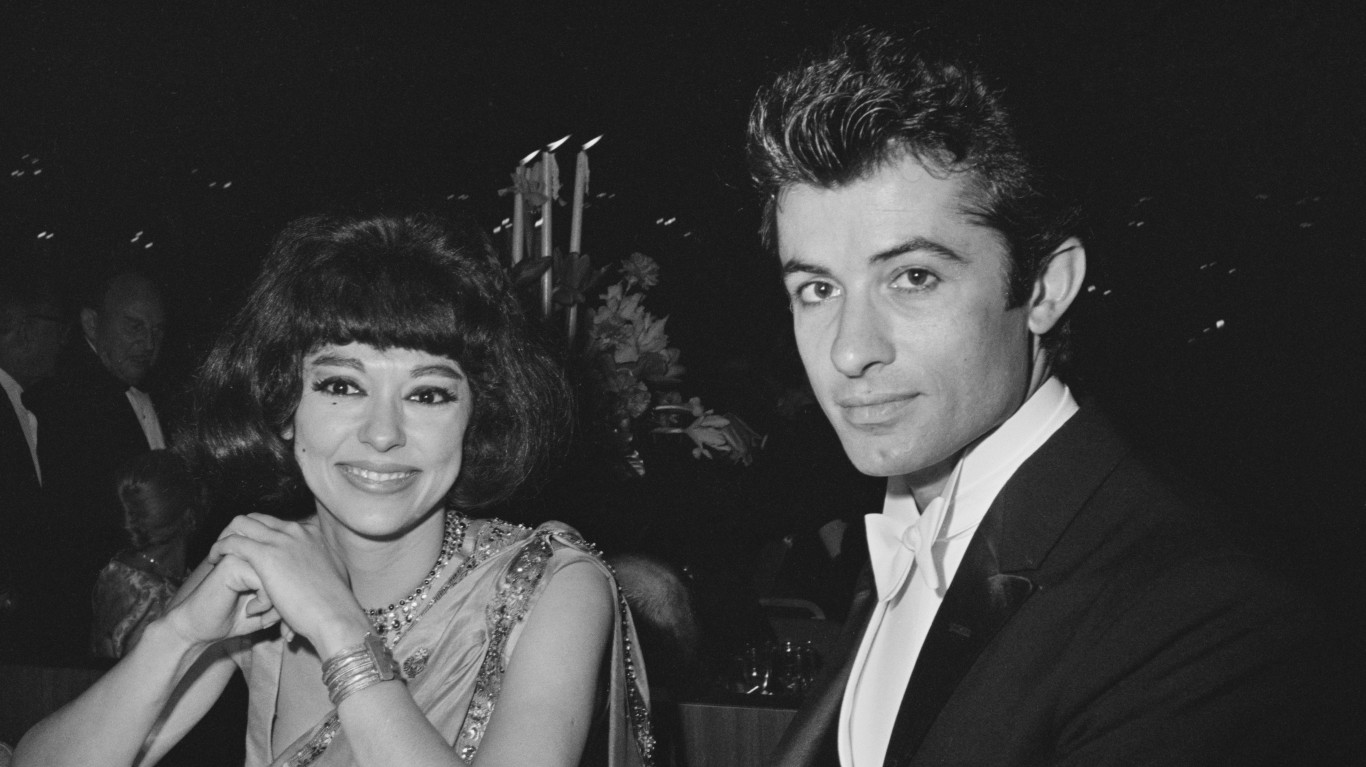 Puerto Rican-born American actress, dancer, and singer Rita Moreno began her career at the tail end of the Golden Age of Hollywood, appearing in small roles in films including “Singin’ in the Rain” and “The King and I.” She achieved stardom by appearing as Anita in the 1961 film adaptation of “West Side Story,” for which she won the Oscar for Best Supporting Actress. She didn’t make another film for eight years following her win, but in the 1970s she starred in Mike Nichols’ “Carnal Knowledge” as well as the PBS children’s series “The Electric Company.” Since then, she’s primarily appeared on TV shows including the Nexflix series “One Day at a Time;” she also had a role in Steven Spielberg’s 2021 adaptation of “West Side Story,” six decades after she starred in the original. 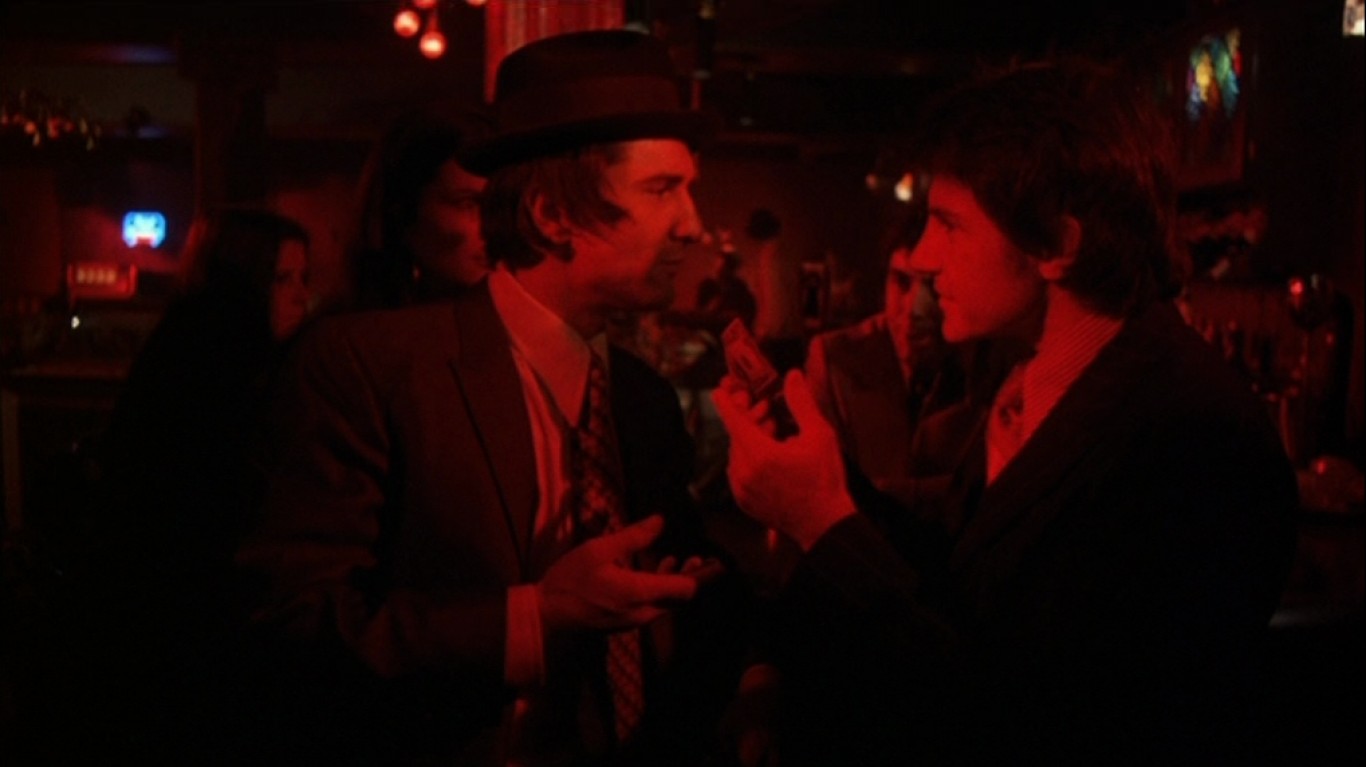 Manhattan-born Robert De Niro’s first major role was in the 1968 film “Greetings,” and he received praise for his role as a baseball player in the 1973 sports drama “Bang the Drum Slowly.” But it wasn’t until he partnered with Martin Scorcese to portray a small-time criminal in “Mean Streets” that he caught critics’ attention as a truly great actor. The following year brought his Oscar-winning performance as a young Vito Corleone in “The Godfather Part II,” and his reputation as one of the best actors of his generation grew with “Taxi Driver,” “The Deer Hunter,” “Raging Bull,” “Goodfellas,” and “Casino.”

24/7 Wall St.
Stars Who Didn’t Hit Their Stride Until After They Turned 40 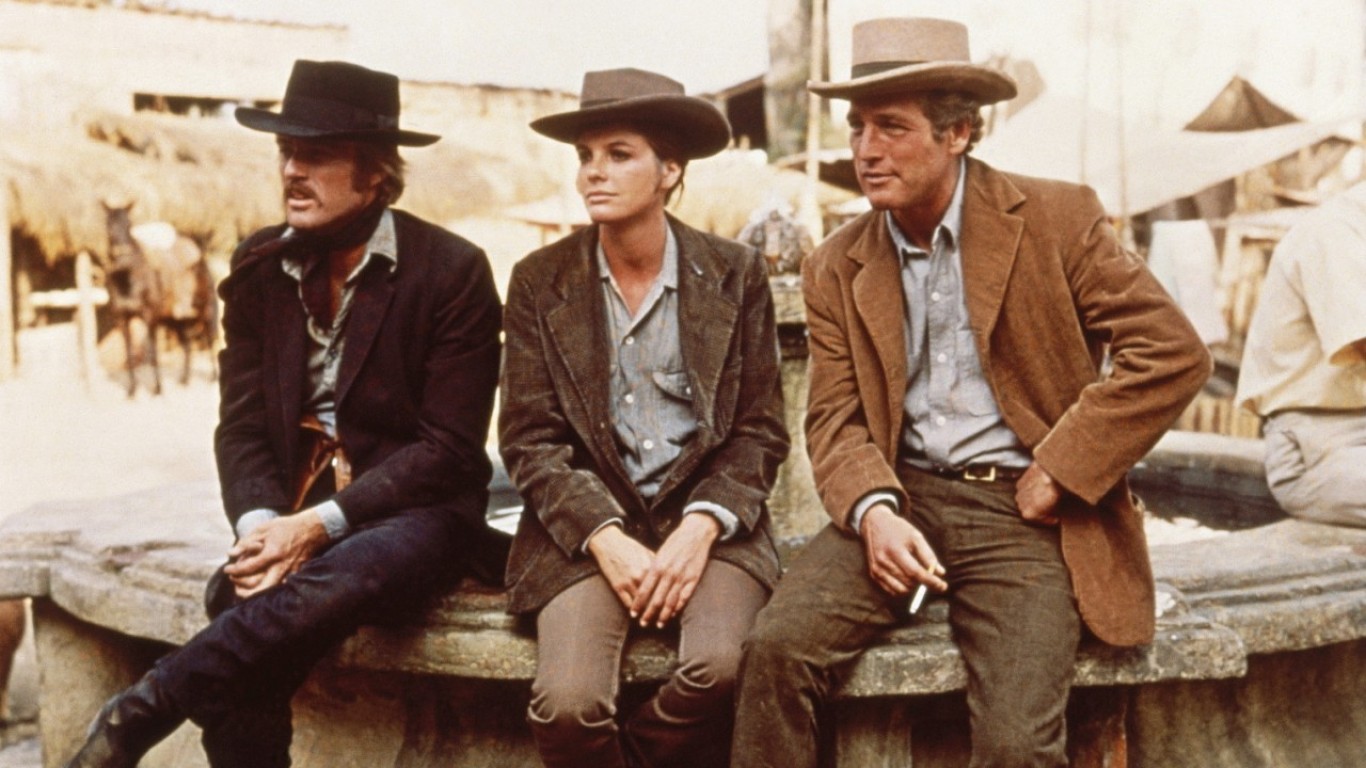 Robert Redford began his career on the stage, achieving Broadway success with Neil Simon’s 1963 hit “Barefoot in the Park.” Roles in films including “Inside Daily Clover” with Natalie Wood followed, but it was his performance alongside Paul Newman in 1969’s “Butch Cassidy and the Sundance Kid” that propelled him to stardom. Critical hits including “Jeremiah Johnson,” “The Sting,” and “All the President’s Men” followed in the ’70s; the ’80s brought his directorial debut “Ordinary People” (for which he won the Best Director Oscar) and a leading role in “Out of Africa,” and he also went on to co-found the Sundance Film Festival. Today he’s regarded as one of the best actors and directors of the past 50 years. 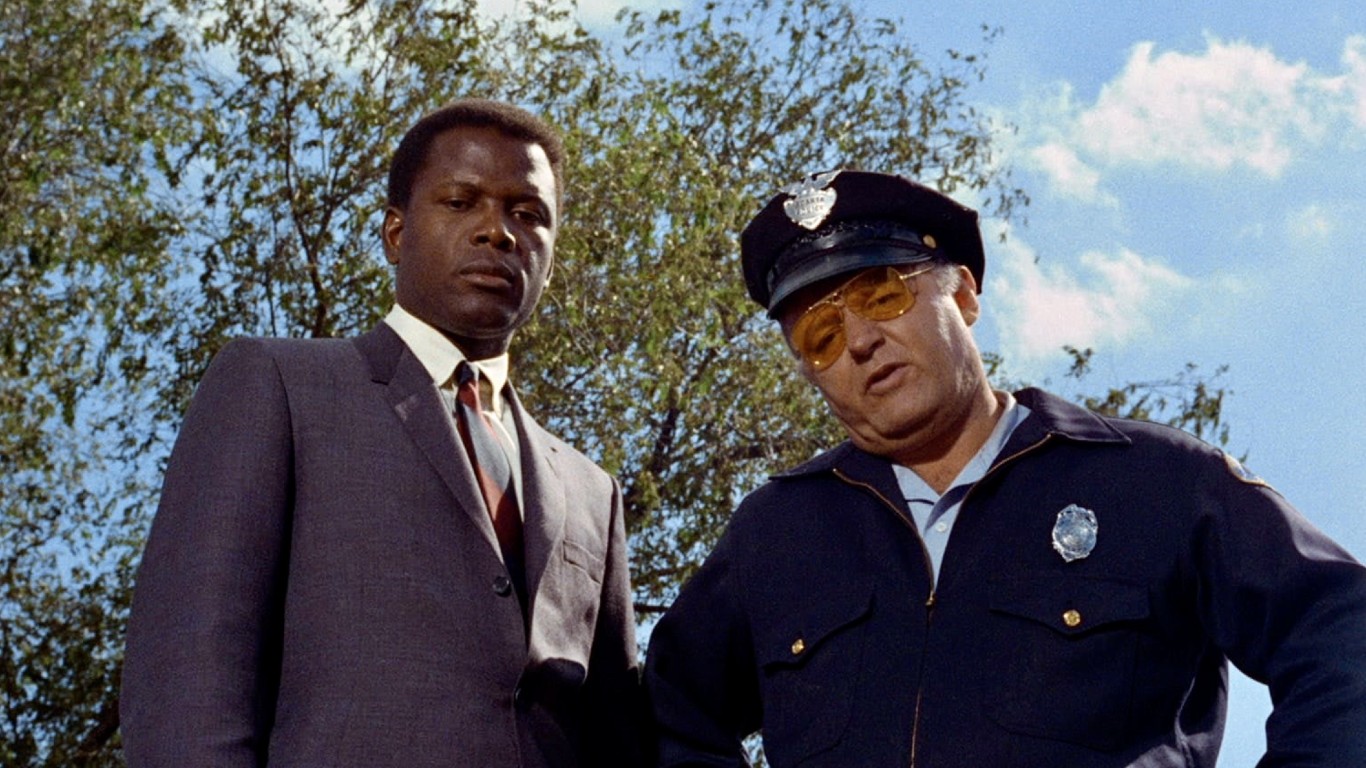 Sidney Poitier
> First very famous movie: In the Heat of the Night (1967)

Due to the success of films including “Blackboard Jungle,” “The Defiant Ones,” “Lillies of the Field” (for which he became the first Black actor to win the Best Actor Oscar), “Porgy and Bess,” “A Raisin in the Sun,” “To Sir With Love,” and “Guess Who’s Coming to Dinner,” Sidney Poitier was already one of the most popular A-list actors in Hollywood by the time he was cast as a Black police detective who becomes involved in a smal-town murder investigation in 1967’s “In the Heat of the Night.” His quote, “They call me Mister Tibbs!” went down as one of the most famous in film history. He went on to direct several major films (primarily comedies) including 1980’s “Stir Crazy,” and took primarily smaller roles in his later years. 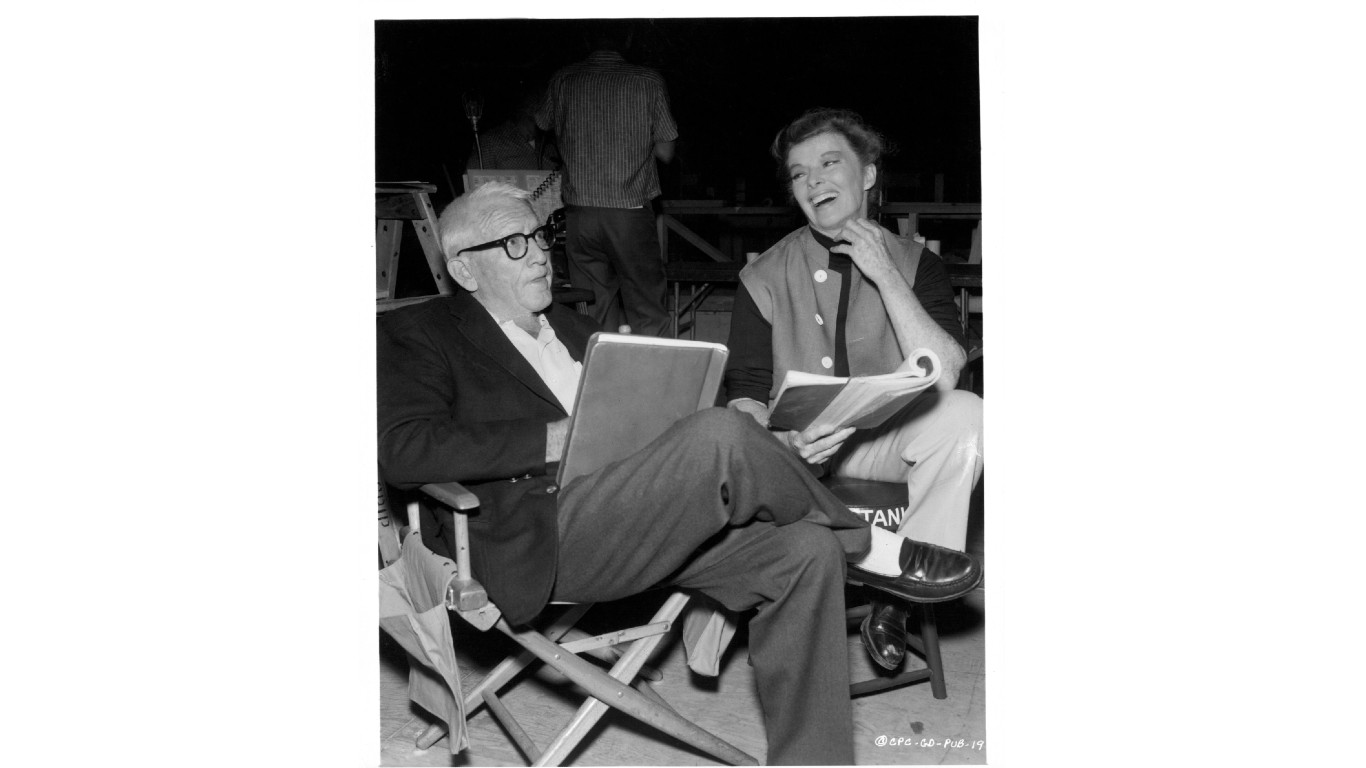 Spencer Tracy spent a lot of time paying his dues in stock companies, on Broadway, and in more than 25 films (many of which were ignored at the box office) before he finally had his breakthrough hit with 1936’s “Fury;” the classics “Captains Courageous” and “Boys Town” followed in 1937 and ’38, respectively. He won Best Actor Oscars for both, and by the early 1940s he was one of MGM’s biggest stars. 1942’s “Woman of the Year” was his first film in a long partnership with Katharine Hepburn, and additional hits included “Boom Town,” “Edison the Man,” “Father of the Bride,” “Inherit the Wind,” and “Guess Who’s Coming to Dinner.”