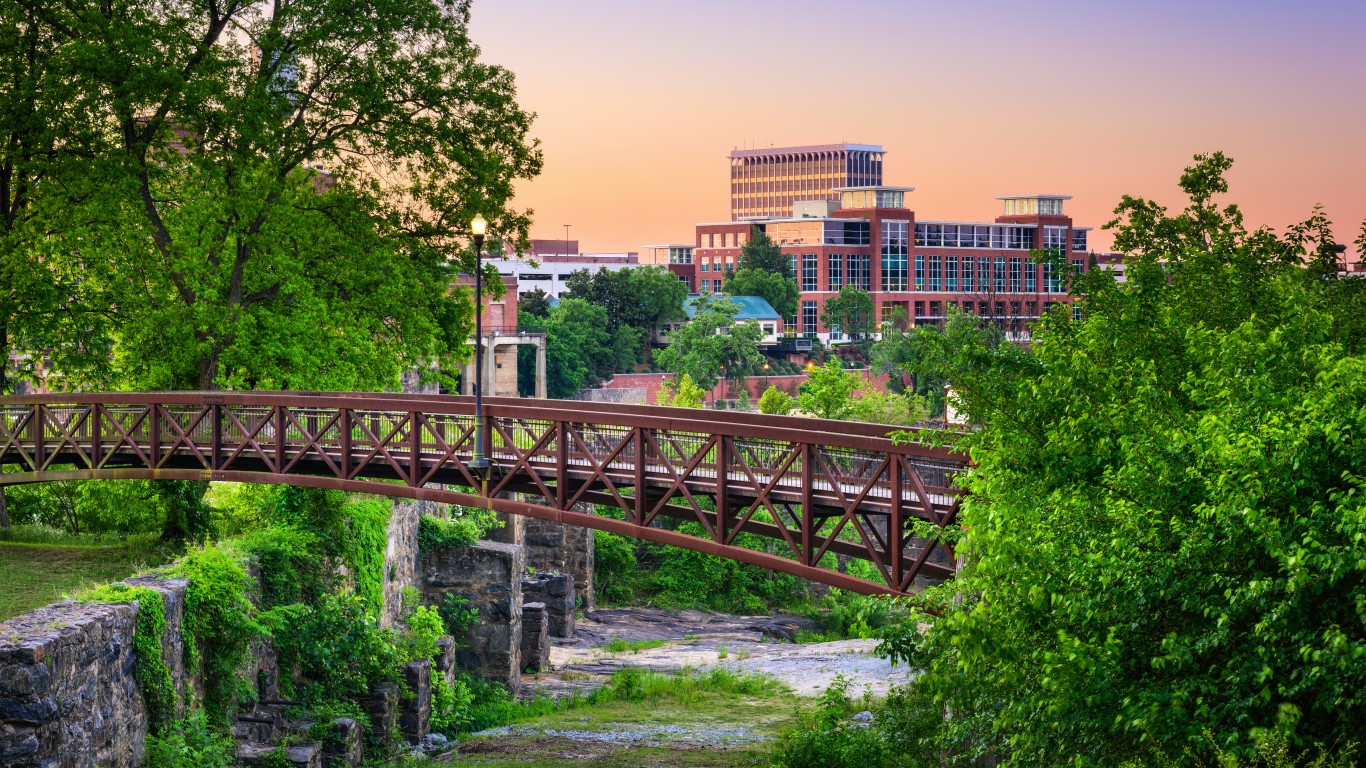 Nearly 15% of Columbus, Georgia’s population are active duty military or their dependents. Military personnel in the metro area are assigned to Fort Benning, one of the largest Army bases in the country. The base, which was established in 1918 to provide basic training for troops fighting in World War I, is still used today to conduct a 10-week basic training course.

The Columbus metro area also has a substantial veteran population. Nearly one in every 10 of the 321,000 people living in the area are former servicemen and servicewomen. 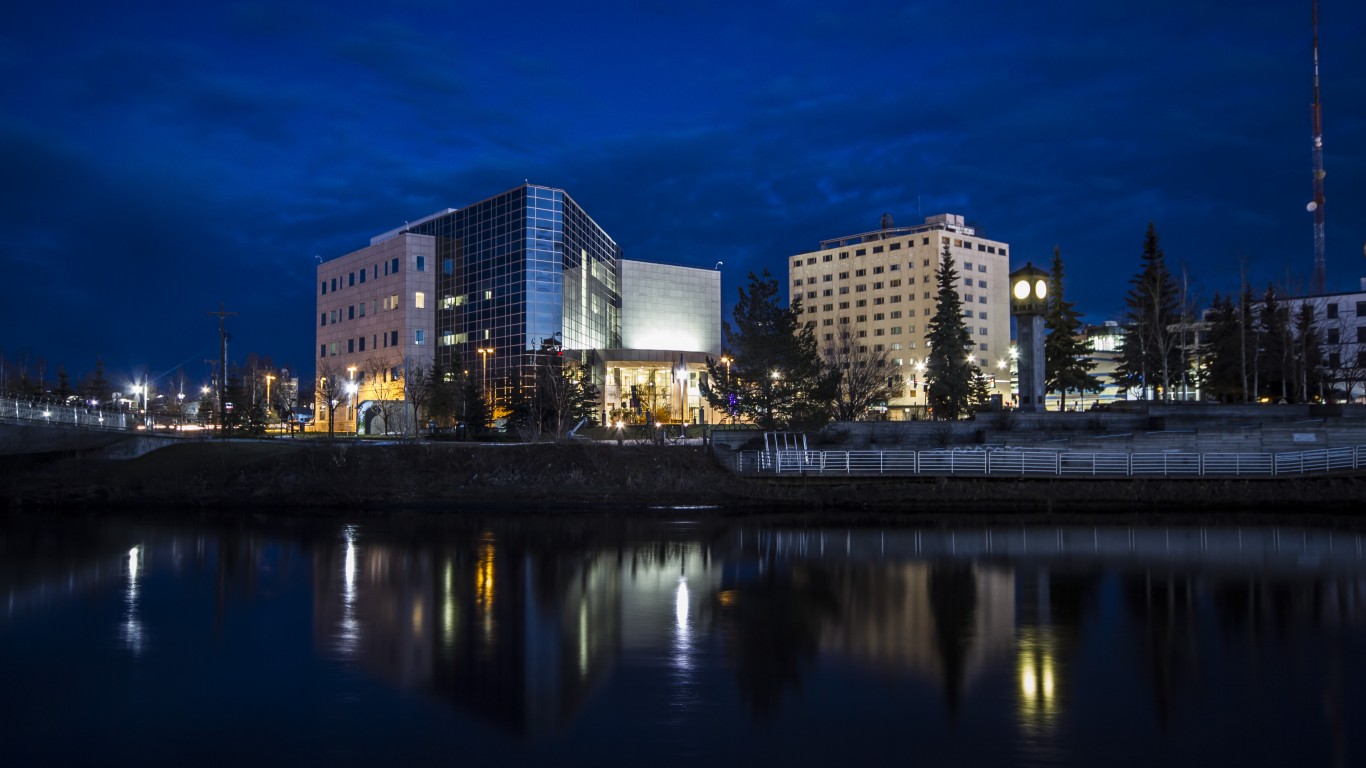 The Fairbanks, Alaska, metro area is home to both the Fort Jonathan Wainwright Army Base and the Eielson Air Force Base. The troops assigned to these bases and their dependents total 17,494 — or 18.1% of the total metro area population.

Fort Jonathan Wainwright, the largest of the two bases, and also the largest military base in Alaska by personnel, was originally established in 1939. In addition to over 6,000 enlisted service members, the base employs some 2,200 civilians. 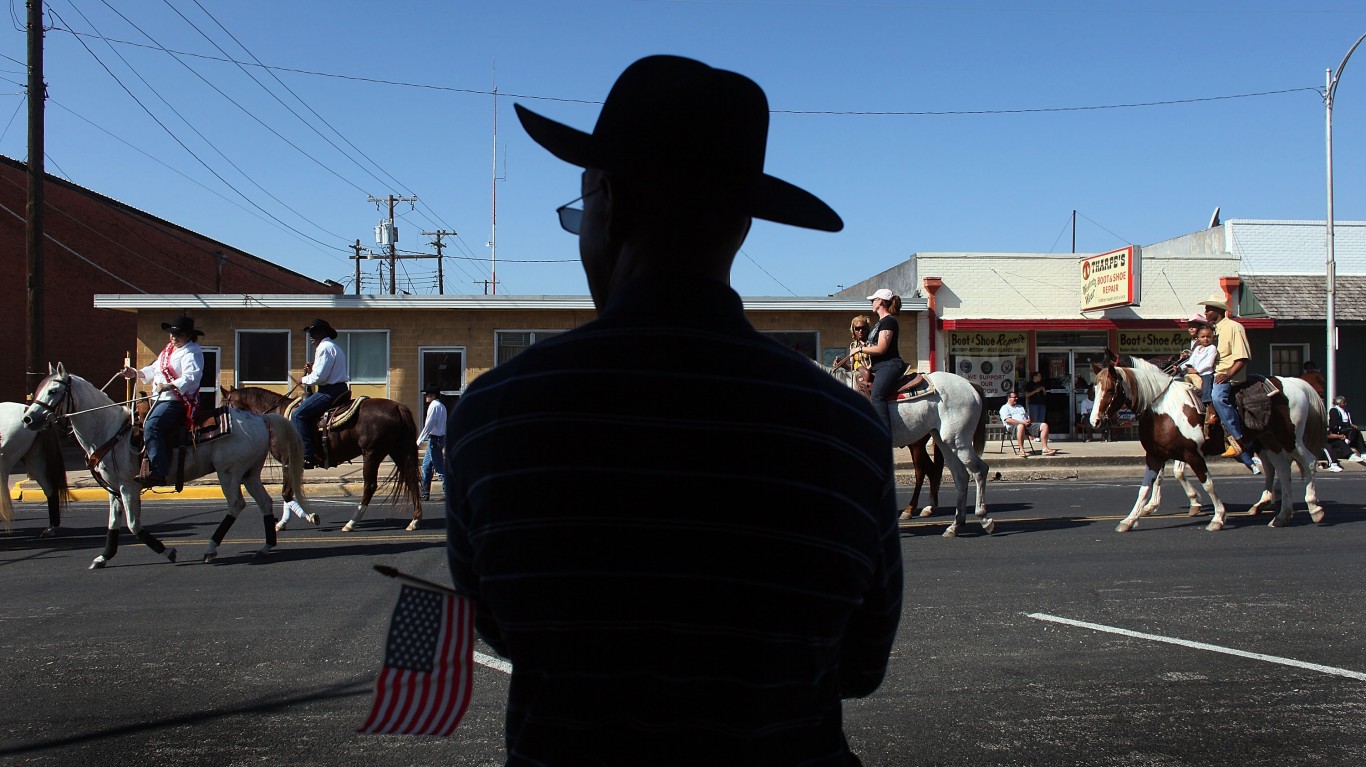 Home to nearly 84,000 servicemen and servicewomen and their families, Fort Hood is the second largest Army base in the United States. Fort Hood, as well as the nearby Goodfellow Air Force Base, account for nearly 20% of the Killeen-Temple, Texas, metro area.

Fort Hood spans more than 200,000 acres and is the only Army base in the United States capable of training two armored divisions. Estimates from office the Texas Comptroller put Fort Hood’s economic impact on the state in 2019 at nearly $30 billion. 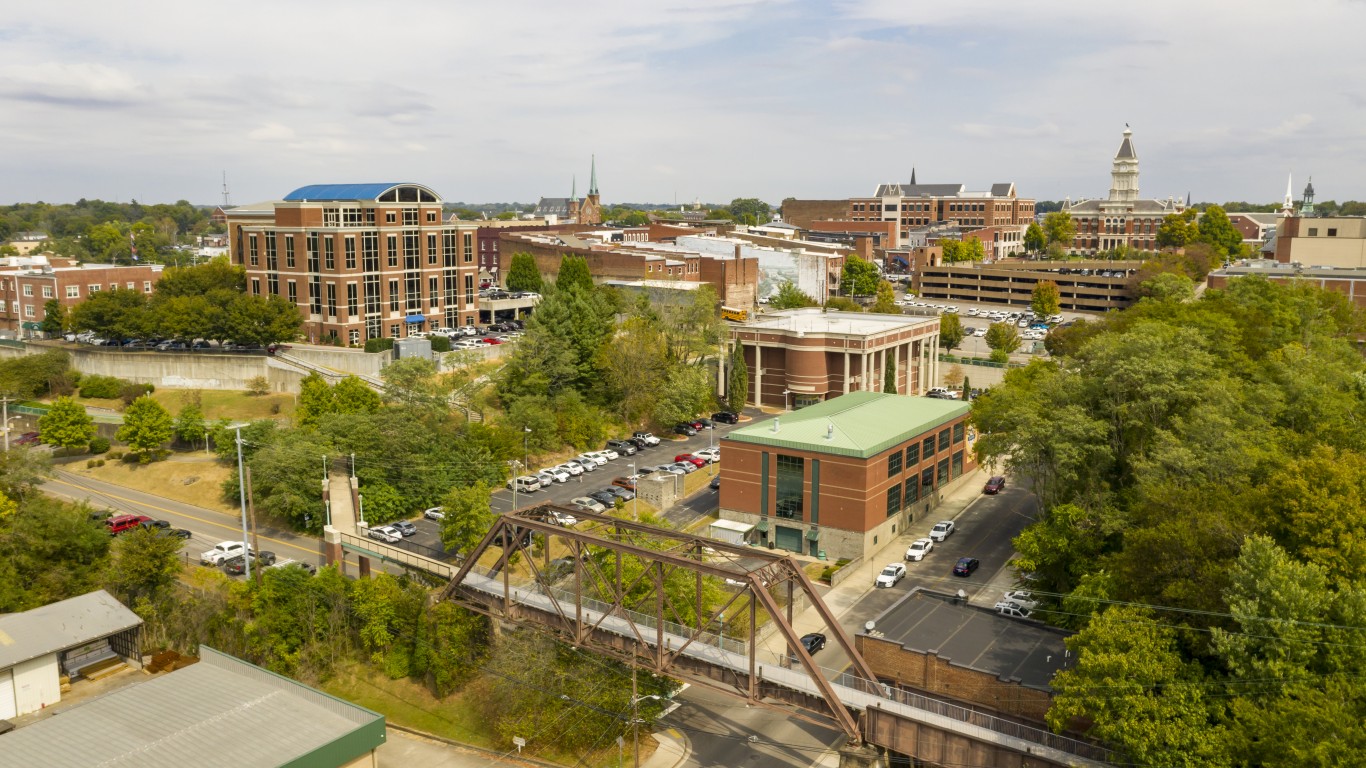 Clarksville, Tennessee, is one of only seven metro areas in the United States where more than one in every five residents are active-duty military or a military family member. Another 11.1% of the local population are military veterans.

The large military presence in the metro area is connected to Fort Campbell, which is located in Kentucky, about 15 miles north of downtown Clarksville. The base, which spans 164 square miles and is one of the largest in the world, is home to the 101st Airborne, which is the Army’s only air combat division. Families stationed at the base are served by three different school districts, and child care is offered through five different on-base facilities. 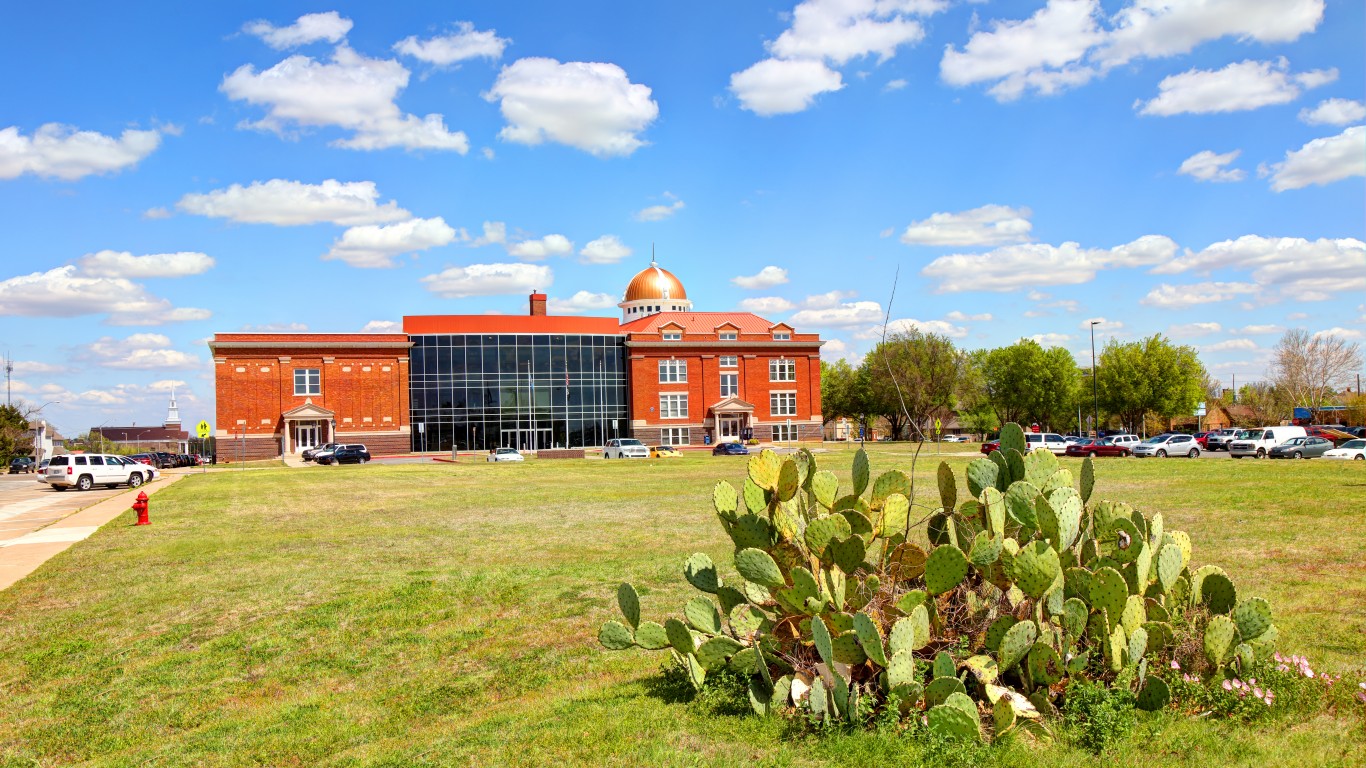 The metro area is home to the Fort Sill Army Base. Spanning 146 square miles in Oklahoma’s Great Plains, the base is the largest field artillery training post in the world. The base’s history goes back to the mid-1800s and is now an economic pillar for the city of Lawton, generating an estimated $2.3 billion in local economic output annually.