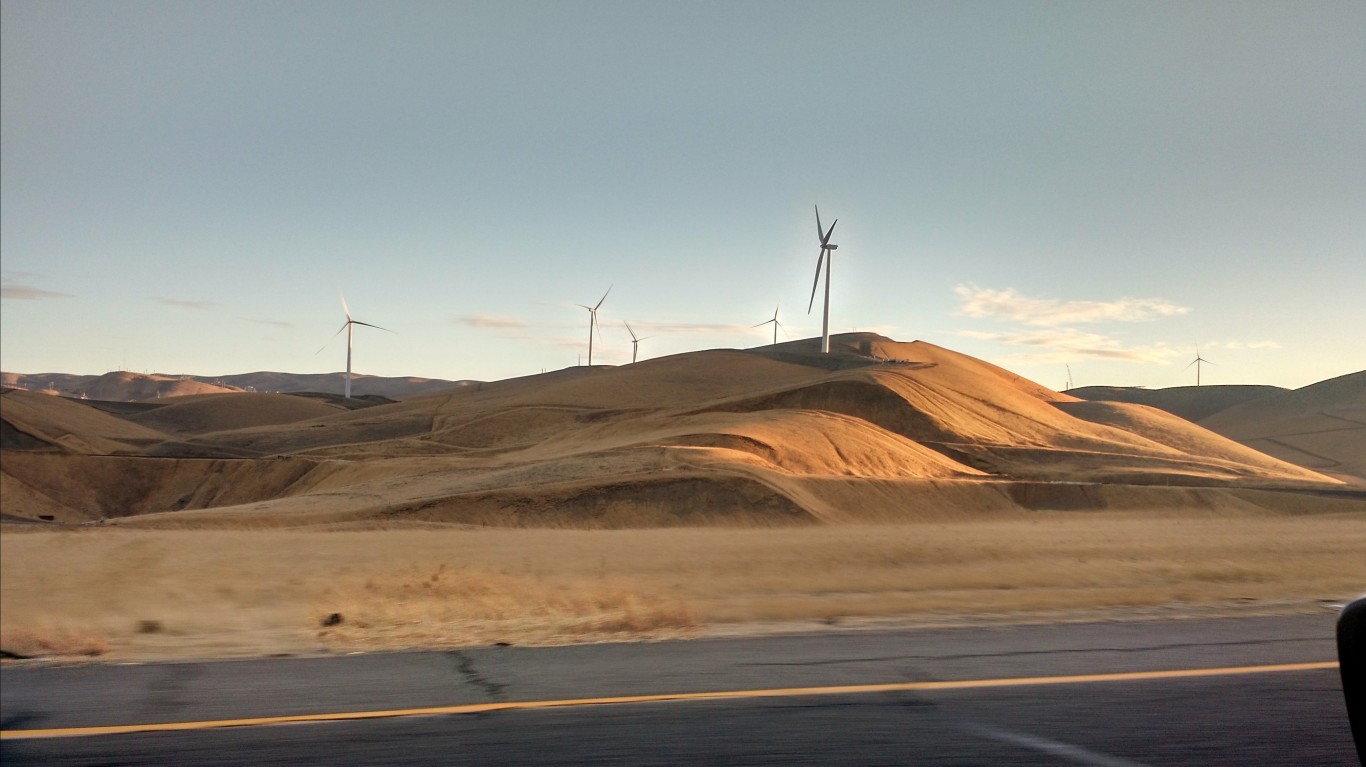 One of the oldest windfarms in the world, the Altamont Pass Wind Farm may also be the most deadly. Hundreds of small windmills on dozens of small wind farms were erected in northern California’s Bay area in the early 1980s. At first, the windmills were a tourist draw, but later, as their numbers grew, they were considered a nuisance and an eyesore. The low profile turbines were also killing thousands of birds, including dozens of golden eagles.

In this century, wind production at Altamont Pass has been consolidated and repowered into five constituent farms. Older turbines have been coming down or retrofitted, and new, modern ones have been installed. In 2015, $2.5 million was set aside for raptor habitat restoration. 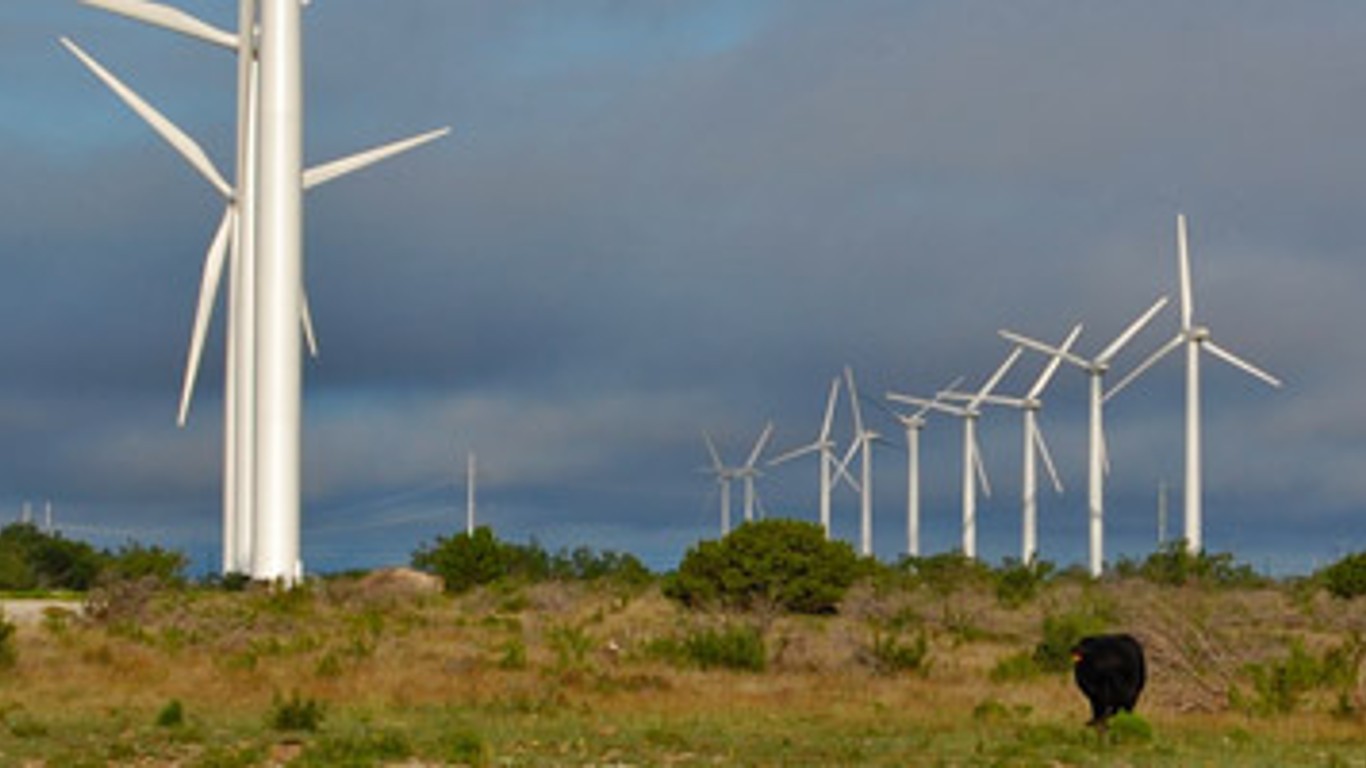 Sweetwater Wind Farm was built in three phases early in the century between 2003 and 2007, before the wind generation boom of 2008. The aging facility underwent repowering in 2017 and 2020 with its major components replaced with larger, more efficient technology. The legacy of the upgrades is two immense turbine blade graveyards where blades have been cut into thirds and stacked in open fields. The owner of the blade dumps, Global Fiberglass Solutions, is said to have a plan to recycle the blades into usable materials. 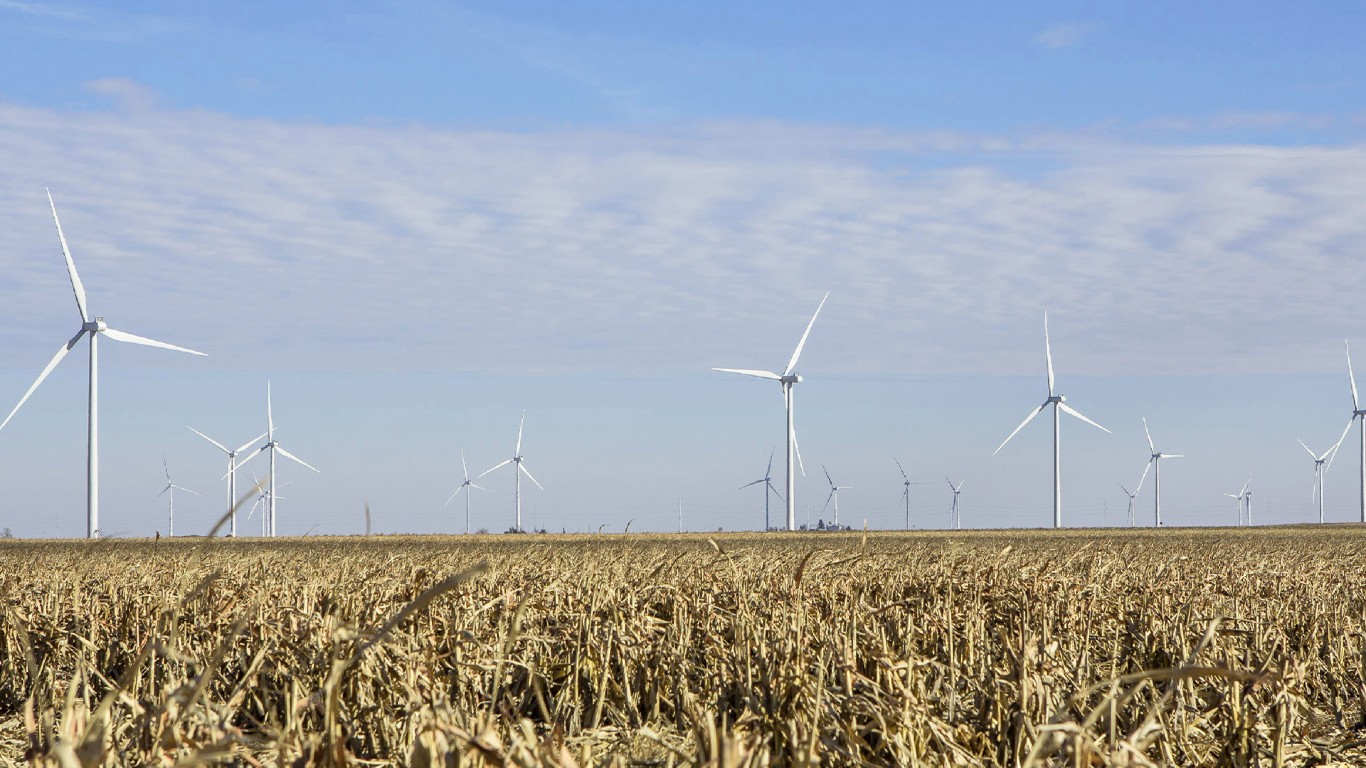 Kansas is second only to Texas in its reliable wind power potential, and as of 2019, the state was getting 41% of its power from wind. After the first two phases of the Cimarron Bend Wind farm were built in 2016 and 2017, it became the second largest wind facility in the state. With the completion of the third phase in 2020, it is now the largest. At the beginning of 2020, Kansas had almost 6,900 MW of capacity from its wind turbines. 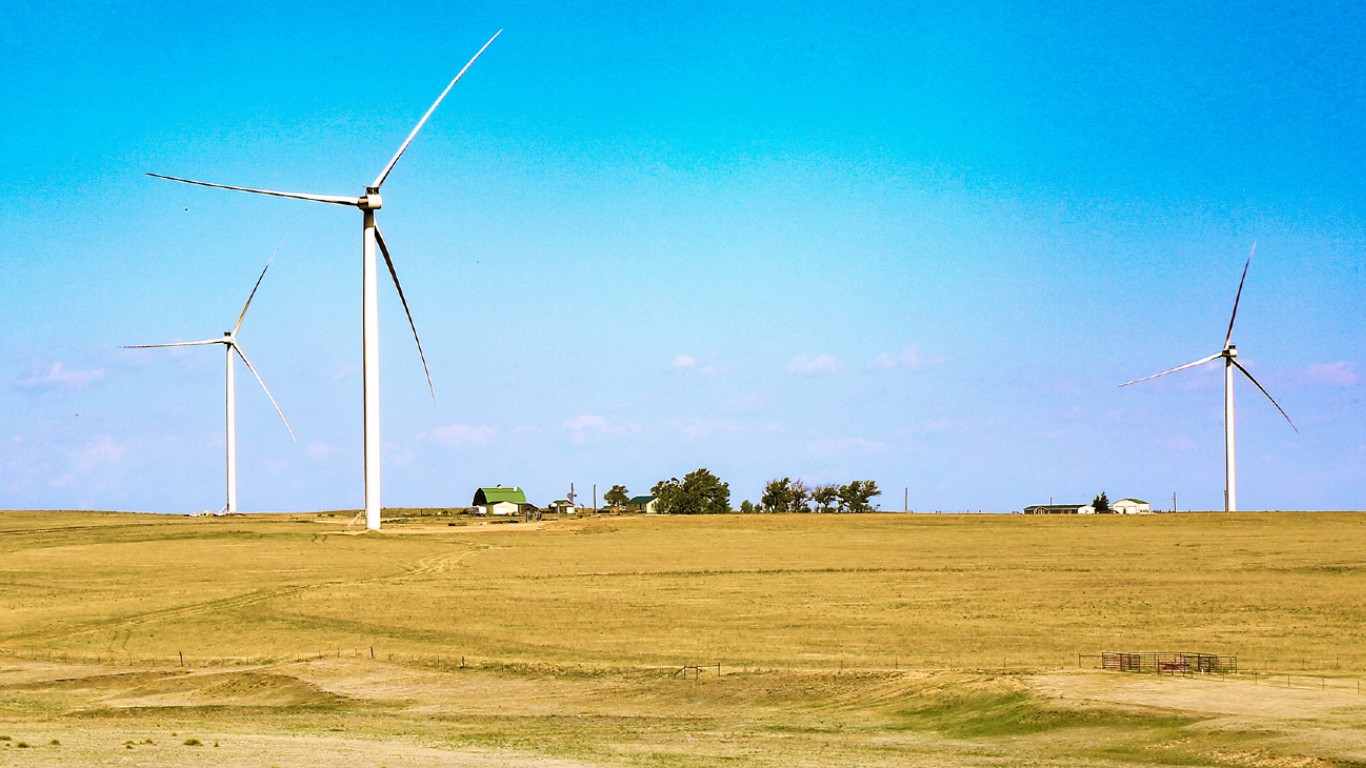 Spanning across four counties in the plains of eastern Colorado, the Rush Creek Wind Project was built in 2017 and 2018 using mostly Colorado-made components. But the economic benefits of the facility go well beyond its locally manufactured parts and the employment provided during construction. A study conducted by the Natural Renewable Energy Laboratory measured the farm’s impact on the local economy, finding that, over the course of the anticipated 25 year life of the facility, it will support 180 long-term jobs, $20 million in annual GDP, $45 million in landowner lease payments, and $62.5 million in property taxes. 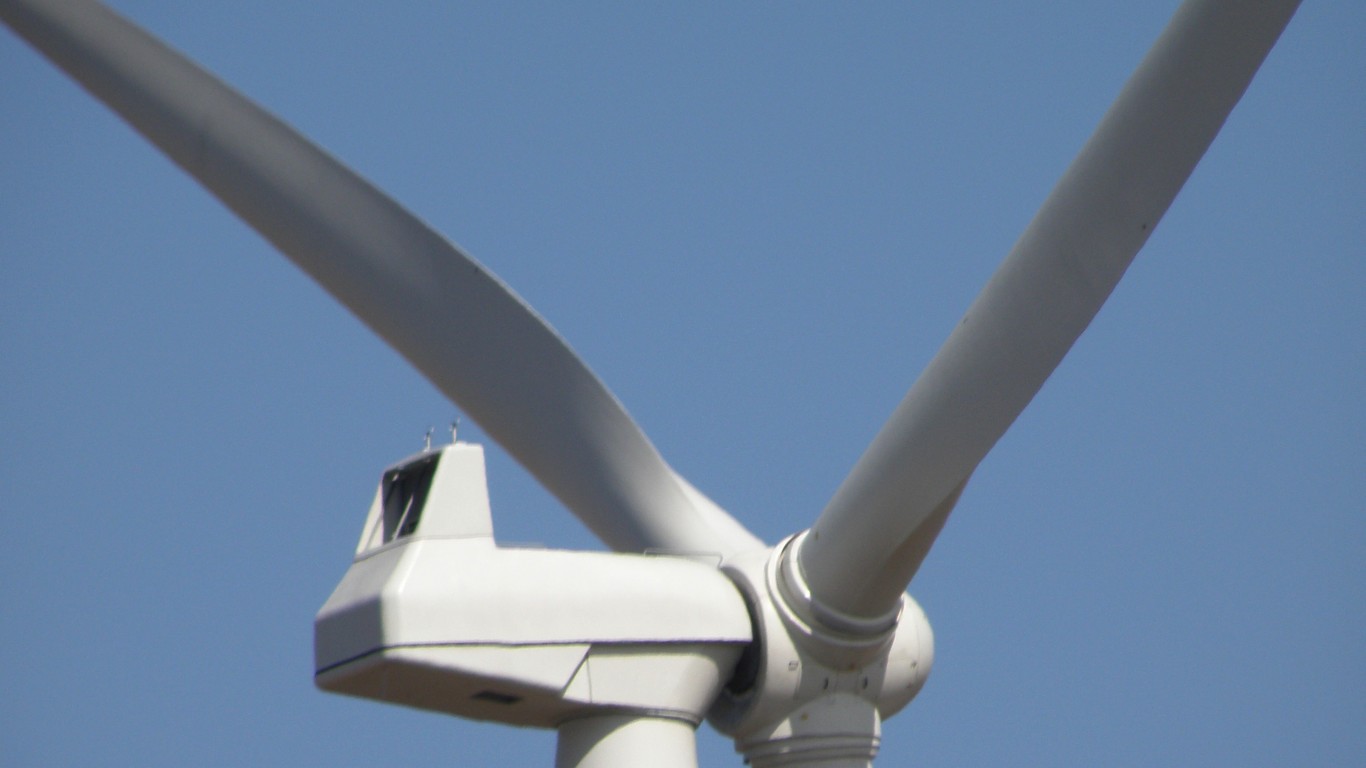