Can Xiaomi Sell 3D TVs When No One Else Can? 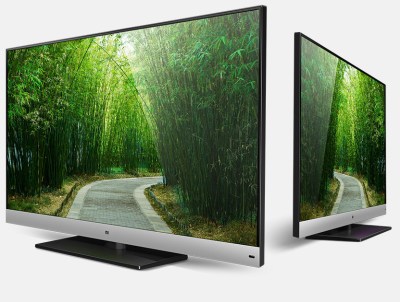 Source: Courtesy Xiaomi Technology
For a while there a couple of years ago, 3D TV was the next big thing with electronics manufacturers. Customers were far less enthusiastic and 3D television sets from makers like Samsung Electronics, LG Electronics and Sony Corp. (NYSE: SNE) never lived up to the hype.

Now, the Chinese smartphone maker that can do no wrong, Xiaomi Technology, has introduced a 3D TV set with a 47-inch screen made by either Samsung or LG for $499. The devices are said to be Internet-ready using the Android operating system from Google Inc. (NASDAQ: GOOG).

Xiaomi, like all the other makers that came before, faces an almost insurmountable problem: the availability of good quality content in sufficient quantity to make the 3D TV worth the money. There is a limit to how many times consumers want to watch spears getting thrown at them through the TV set.

The lack of content essentially killed 3D as a feature, and there has been little demand for streaming or pay 3D TV. ESPN and the BBC are dropping their 3D broadcasts this year. DirecTV (NASDAQ: DTV) has cut its 3D channel to part-time operation, and a Sony-led partnership’s offering is virtually unknown.

What will sell this TV, which Xiaomi calls MiTV, is not its 3D capability, but its competitive price as a large-screen HD device with Internet capability built-in. As so often before, 3D is nothing but a gimmick, and Xiaomi is about to discover that.