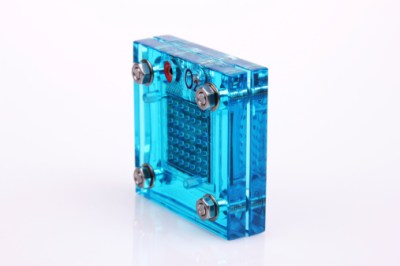 This highly anticipated joint venture with Hysco will enable Plug Power to broaden its reach into the Asian market, putting us well on our way toward global market expansion. The positive impact on our bottom line from fuel cell sales in the region in 2015 and beyond will play a significant role in our achievement of profitability.

The deadline for the companies to finalize the details of the joint venture is July 31, 2014.

Shares surged more than 10% to $8.23 in early trading. But the stock surrendered those gains in the wake of the morning business update from the CEO that failed to inspire investors. To date, Plug Power has closed nine GenKey deals, totaling almost $80 million in bookings. Plug Power posted 2013 revenues of $26.6 million, and the Thomson Reuters forecast called for sales of $65.0 million in 2014 and $116.3 million in 2015.

ALSO SEE: The Nine Most Counterfeited Products in America

Plug Power and competitor FuelCell Energy Inc. (NASDAQ: FCEL) posted astonishing share price gains so far this year that had many wondering what the fair value of the fuel cell makers was. Plug power is up more than 214% year to date, while FuelCell is around 70% higher after retreating from a 52-week high in March.