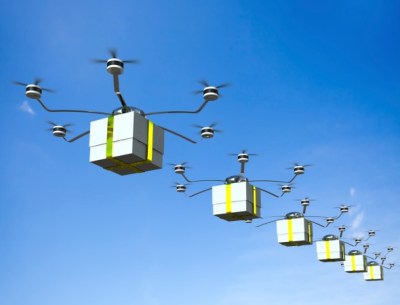 Source: Thinkstock
The Federal Aviation Administration (FAA) on Sunday released its proposed regulation framework for unmanned aircraft systems (UAS), more commonly called drones. If the proposed rules are adopted, Amazon.com Inc.’s (NASDAQ: AMZN) plan to use drones to deliver packages is not going to get off the ground.

Amazon and Google Inc. (NASDAQ: GOOG) have been testing drone delivery in the United Kingdom and Australia, respectively, and Amazon also has tested its drones indoors in one of the company’s warehouses in the United States. Last December Amazon wrote to the FAA seeking permission to test the drones outdoors, suggesting that the company is prepared to find a more supportive regulatory environment. The FAA’s proposed rules apparently will force Amazon to make good on its promise (threat?) to “divert even more of [its drone] research and development resources abroad” as it suggested in that letter.

The FAA’s proposed rules limit drone weight to 55 pounds, and perhaps most restrictive, “the unmanned aircraft must remain with [visual line of sight] of the operator or visual observer.” That line of sight must be unaided by any sort of device like binoculars or cameras. The drones “may not operate over any persons not directly involved in the operation” and only during daylight hours.

Among the FAA proposed rules are limits on altitude (500 feet) and speed (100 miles per hour). The drone must also be flown by a licensed operator, a new category of certification.

Amazon has been working on its Prime Air service since 2013. The company’s plan is to pick up a package at one of the company’s fulfillment centers and deliver to a customer’s front door within 30 minutes.

ALSO READ: The Businesses That Will Build Future Growth at Amazon and Google