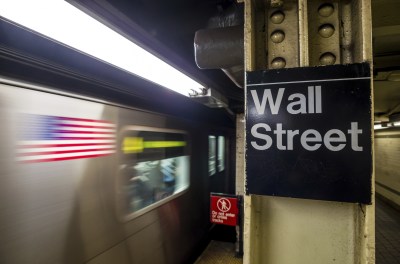 Source: Thinkstock
Apple Inc. (NASDAQ: AAPL) has reported its fiscal second-quarter financial results, and the reviews after the fact are mixed. Most analysts have raised their price targets based on the earnings, the expectations and the company’s capital return plan being raised to $200 billion. 24/7 Wall St. has provided a very condensed summary of the earnings report, but we have also gone out and collected many analyst reports to get a better feel for why they are continuing to drive their estimates and price targets ever higher.

The iPhone maker reported $2.33 in earnings per share (EPS) on $58 billion in revenue, compared to Thomson Reuters consensus estimates of $2.16 in EPS on $56.06 billion in revenue. Gross margin for the second quarter was 40.8%, compared to 39.3% in the same period of last year. Apple also ended the most recent quarter with almost $194 billion or so in cash on its balance sheet.

The tech giant announced that it raised its quarterly dividend 11% to $0.52 per share. At the same time, Apple added $30 billion or so to its buyback plan last year, and the company has now spent over $112 billion returning capital to shareholders since it began, including a total of $80 billion in share repurchases. Apple said that it plans to utilize a cumulative total of $200 billion of cash by the end of March 2017.

24/7 Wall St. has provided some detailed analyst reports and has also collected some of the other analyst summaries where less detail was readily available. More detailed report information has been seen from Bank of America Merrill Lynch, Credit Suisse, Canaccord Genuity, Oppenheimer and Wells Fargo.

Our price objective of $145 is based on 15 times our calendar 2016 EPS estimate of $9.52. Our target multiple compares to the historical range of 8-38 times (median 15x). We believe this multiple is justified given the strong product cycle ahead of Apple balanced by high penetration rates in several product categories.

We are using a multiple higher than peers (14 times) given the anticipated mix shift to higher-end products that will be positive for gross margins and as Apple continues to increase its mix of high margin recurring revenues through initiatives like Apple Pay.

Wells Fargo maintained its Market Perform rating, but it raised its valuation range to $125 to $135 from its prior range of $120 to $130. Wells Fargo’s Maynard Um said:

We believe the positives of the current 6 cycle and perception as a relatively defensive stock to be offset by gross margin pressures and secular issues as it relates to a limited market cap opportunity in the existing product segments, and a potential balance of power shift back to wireless operators from handset vendors.

ALSO READ: 4 Dividends and Buybacks That Should Not Be Ignored