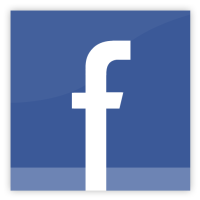 Social networks and search engines have been restricted by regimes that want to control access to news and manage public opinion. Now the Research In Motion (NASDAQ: RIMM) BlackBerry is under siege for similar reasons.

The United Arab Emirates is concerned that the BlackBerry is being used to disseminate news which the government may wish to keep private. The BlackBerry is operating “beyond the jurisdiction of national legislation,” the UAE’s Telecommunications Regulatory Authority said in a statement quoted by Reuters.

The statement goes on to say “As a result of how BlackBerry data is managed and stored, in their current form, certain BlackBerry applications allow people to misuse the service, causing serious social, judicial and national security repercussions.”

In other word’s Blackberry use could be severely restricted or banned in the region.The news shows the extent to which countries with strict control over the flow of information to their citizens have started to clashes with advances in software, hardware, and internet-based technologies. These technologies are evolving at an ever-increasing speed which makes it impossible for regulators in  nearly all countries to keep up with the developments. This may not pose a much of a threat in open democracies, but is an almost impossible challenge in parts of the Middle East and China.

The most expedient approach to concerns about complicated technology is to ban its use altogether, which makes it more difficult for firms like RIMM and Google to move their services into regions where they have few if any customers. They may only be able to work in the nations with severe and to them unnatural restrictions on their businesses. This can cause a clash between corporate ethics and the reality of sovereign power that Google faced in China.

It has not been unusual over the years for some countries to ban written materials. It was not that long ago that Singapore blocked the distribution of The Wall Street Journal. But an embargo on physical media is much easier to manage than small devices and internet service are, and that means the risk is high for Western technology companies to lose all of their business in some nations.