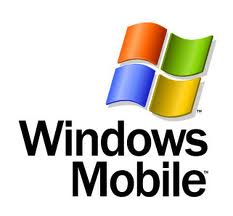 Yet another breach may be opening in the wall surrounding the Wintel cartel.  Microsoft Corp. (NASDAQ: MSFT), Intel Corp. (NASDAQ: INTC), and Advanced Micro Devices (NYSE: AMD) have dominated the PC market essentially since the first shakeout in the mid 1980s. The winds of change are blowing through the PC business, though, as mobile computing as done on smartphones and tablets becomes more pervasive. Neither Microsoft nor Intel has been able to establish a leading position in the mobile marketplace, but that doesn’t mean they plan to stop trying.

Microsoft is planning to reveal a new version of its Windows operating system that runs on the low-power chips from Intel, AMD, and ARM Holdings PLC (NASDAQ: ARMH). Windows support for Intel and AMD processors is not news, but a version of Windows for the ARM chips is news. According to The Wall Street Journal, Microsoft is expected to show its new mobile operating system at the Consumer Electronics Show in early January.

Microsoft has also been rumored to be working with Nokia Corp. (NYSE: NOK) to develop a version of Windows Phone 7 for Nokia’s E7 smartphone.

Developing a new operating system for smartphones and tablets that based on Windows is critical to Microsoft, not so much for the revenue, (although that would make shareholders happy) but as a means to show the company’s ability to compete outside its traditional areas of strength. Microsoft has tried several times to get a jump on the mobile phone and tablet markets, but either the products were too early, too late, or too clumsy to make much of an impact.

The downside to all this is that if the company can get a demo of its new OS going in time for the electronics show, the lead time to develop a releasable version of a tablet OS could be as much as two years. Yet Microsoft must prove that it is serious about playing in the mobile field, even if a real product is not on the near horizon.