Apple's Primacy May Have To Move From Smartphones To Tablets 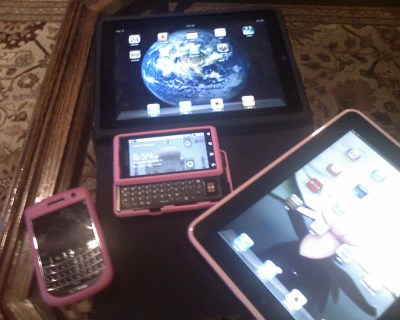 Steve Jobs said that the Apple (NASDAQ: AAPL) iPad has 90% of the table PC market when he launched the new iPad 2. Industry experts confirmed the remarkable number. The iPad may become Apple’s flagship product because the iPhone operating system is barely holding its own in the US smartphone market. Google’s (NASDAQ: GOOG) Android is the cause of Apple’s problem as has been the case for over a year. The problem is worsening.

New comScore data show that the Android operating system has 31.2% of the US market, up 7.7 absolute percentage points from October 2010 to January 2011. Apple’s OS share rose only .1% in absolute percent to 24.7%. Incidentally, the study showed just how difficult Microsoft (NASDAQ: MSFT) and Nokia’s (NYSE: NOK) task will be to capture smartphone share. Windows mobile lost an absolute 1.7% of share over the three months down to 8%. The alliance between the two firms may be doomed from the start, at least in the US.

Apple advocates will argue that iPhone sales are still rising rapidly especially since the introduction of the iPhone 4 and the launch of the smartphone on the Verizon Wireless network. New carrier partners and versions of the iPhone, however, will not solve a basic problem. Android adoption is accelerating. The OS is used on phones from a large number of manufacturers each of which has its own features and functions. This allows Android manufacturers to be flexible in what features they offer.  Android’s strength is its adaptability and its universality.

Apple has been able to use its brand and features that many customers want to maintain the growth of iPhone sales. It has also created an “ecosystem” around the phone with the large number of application that iPhone users can download from the App Store. The store has 300,000 products. Downloads have totaled over 3 billion since the App Store opened. Each download further tethers iPhone users to Apple and their iPhones.

Google is busy creating its own store and developers have become more keen to write software for it as the rise of Android makes it an ever-improving target for app makers eager to tap into the growing market. Android applications may never match Apple Apps in number, but if the count of Android apps comes close Apple will face an unexpected challenge. Apple also needs to be concerned that it has not released a 4G version of its smartphone. A number of Android-based handsets do operate on 4G which gives the operating system a place in the world of ultra-fast wireless broadband.

Android has come farther faster than Apple could have expected. The iPad 2 was launched just in time.