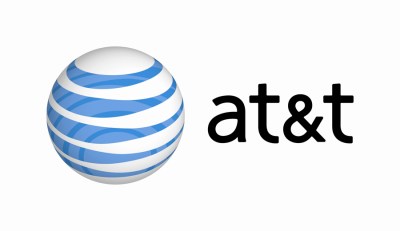 AT&T Inc. (NYSE: T) is the top stock in the Dogs of the Dow. Its sliding shares price is down to a 52-week low, and now AT&T’s dividend yield is a whopping 5.55%. This is almost an unheard of dividend for a Dow Jones Industrial Average stock. This is nearly painful to imagine, but the payout ratio is reaching such a level that some are beginning to question it.

On top of a very high payout ratio, AT&T’s earnings report showed weaker-than-expected subscribers in the fourth quarter. Guidance of roughly $11 billion in free cash flows in 2014 and 2015 look to be meeting what is a lower amount of share buybacks.

J.P. Morgan showed that this puts its payout ratio at close to 85%, and that may be the norm for the next two years, versus an industry norm of closer to 80%. J.P. Morgan cut the price target to $35 from $38. The good news is that the firm sees the dividend as a safe one that likely will not be cut.

Credit Suisse lowered its estimates and cut its price target to $37 from $38. The firm also discussed that higher payout ratio, but noted a rate of 88.5% of free cash flows, versus 53% to 70% in prior years.

AT&T telegraphed that it is comfortable with its dividend and with its current payout ratio based on its current leverage and its ability to monetize assets. Thinking of a dividend cut is almost hard to fathom at AT&T. That is not what analysts are calling for, but it is often a concern when you see this payout ratio addressed in research reports.

Verizon Communications Inc. (NYSE: VZ) has a dividend of 4.5%, a full point lower than AT&T’s dividend yield. Verizon’s stock held up after its report, and trading at $47.30, it has a 52-week trading range of $43.34 to $54.31. What is keeping Verizon’s numbers afloat is the recent addition of the rest of Verizon Wireless. That addition is why Verizon’s earnings growth is expected to be 23% in 2014, versus only about 7% in earnings growth for AT&T.

Verizon remains a serious competitor for AT&T, as does a potential combination of T-Mobile US Inc. (NYSE: TMUS) and Sprint Corp. (NYSE: S). These two lagging mobile telecom companies have reportedly now met with the Department of Justice to see if it would have a hard time under regulatory merger clearance. This is a merger that many investors expect to occur, but T-Mobile has eaten away at AT&T and at Verizon with its “uncarrier” marketing and customer incentives. Neither T-Mobile nor Sprint pay dividends, and they will not be expected to for some time — even if they merge.

On a defensive note, Wells Fargo has reportedly said that AT&T payout ratio concerns being brought up are overblown. The firm noted that 2014 would be the peak year for capital spending.

24/7 Wall St. believes that AT&T’s dividend is not likely to be cut. That being said, it is also extremely hard to expect dividend growth for the time being. Again, the concern is that analysts are starting to grow leery of that high payout ratio.